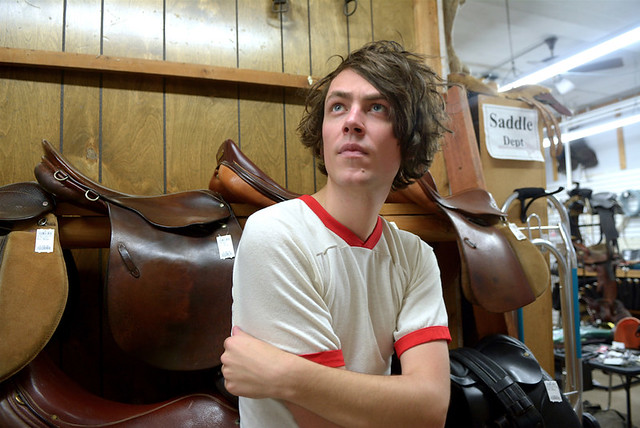 On June 2, singer-songwriter Trapper Schoepp released his latest project — Bay Beach Amusement Park, a six-song concept EP inspired by the tourist attraction of the same name in Green Bay, Wisconsin — via Xtra Mile Recordings and Kay Bank Recording. Trapper is on tour with a stop at DC9 on Wednesday, June 14.

On the EP, Trapper celebrates the classic rides of the amusement park, naming each song for a particular ride, such as “Zippin Pippin,” “The Scat,” and “Bumper Cars.”

Watch the official music video for “Bumper Cars” by Trapper Schoepp on YouTube:

“My first ride was a total thrill. I got right back in line wanting to set lyrics to the rhythm of the roller coaster,” Trapper said of his first time riding The Zippin Pippin. “It reminded me of the innocence of childhood and the great escape a ride can give you.”

While writing the album, Trapper listened to conversations between kids at Bay Beach Amusement Park, and took notes. He inserted some of their observations and declarations as lyrics. On “The Scat,” for example, Trapper quotes a boy who didn’t care for the Gravitron ride, singing, “I feel weird, I feel numb, I wish that this would end.”

Trapper is taking a ride on a three-week tour opening for Ha Ha Tonka. Be sure to arrive at DC9 early and take him for a spin! Buy your tickets online.