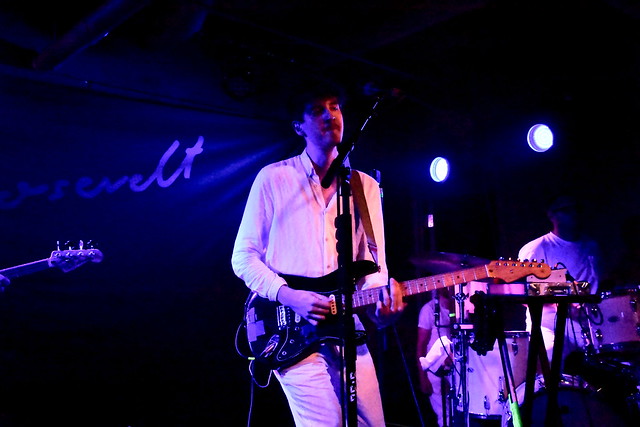 Roosevelt performs at U Street Music Hall on Saturday, June 3, 2017.

At U Street Music Hall on Saturday night, a sold-out room cheered when the lights went down and four white-clad musicians stepped onto stage.

The leader of those musicians, Marius Lauber, better known as Roosevelt, took the center of the stage, where he sang and alternated between guitar and synthesizer for the night, treating the crowd to selections from his self-titled debut album, released last year by Greco-Roman.

Several songs into his set, Roosevelt performed “Colours,” one of my favorites from his album. He swayed from the hips as he began with his guitar for the song, but it wasn’t long before he leaned across the stage to the small synthesizer rig to his left. Throughout the set, Roosevelt gave the synthesizer his undivided attention in short spans to add electronic pizzazz at various points in his compositions.

Lyrically, “Colours” is a bit straightforward with repetition of the refrain “When you left, you took your colours,” but musically, the song is a sneak attack of inspiration for epic dancing. The rolling drumbeat and trilling synth were enough to get you moving, but then the guitars added subtle funk to enhance the grooves.

Roosevelt closed his main set with “Night Moves,” also from his debut album. He presented “Night Moves” as a sleek, polished celebration of being out in the night. The title of the song, you see, refers to the night “moving” along rather than those fancy “moves” you might break out on the dancefloor or at the bar. As with Roosevelt’s other numbers, an audience in 1984 would have been perfectly comfortable with the disco-leaning tune. Its electronic moments veered it toward house, but not so much as it retained its summery structure.

In his encore, Roosevelt broke out “Teardrops,” a single he released after his album, to the delight of the audience. His cover of the 1988 Womack & Womack song was right at home among his own songs. Roosevelt had been performing the song live during his shows, and the release of the single cemented its status as a fan-favorite among his admirers. Roosevelt’s version carried a neo-psychedelic air, giving it a character that sits comfortably next to the likes of MGMT, Passion Pit, or Foster the People, but that changed a bit when Roosevelt punched in his signature synthlines, bringing putting his personal stamp on it and bringing it into the fold of his catalog. People gave their hearty approval as the broke out dancing all around U Hall.

Roosevelt has wrapped up his current US tour, but he has a summer full of festival appearances across Europe. Catch some smooth grooves with Roosevelt next time he comes around to your town!

Here are some pictures of Roosevelt performing at U Street Music Hall on Saturday, June 3, 2017. 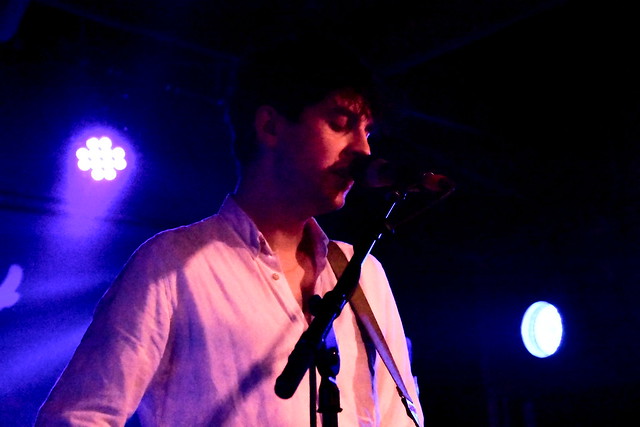 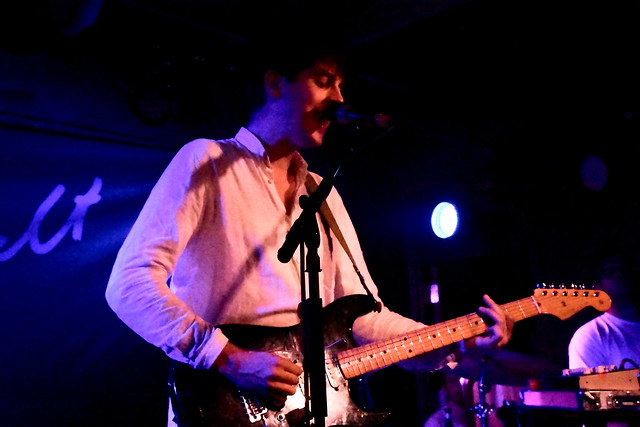 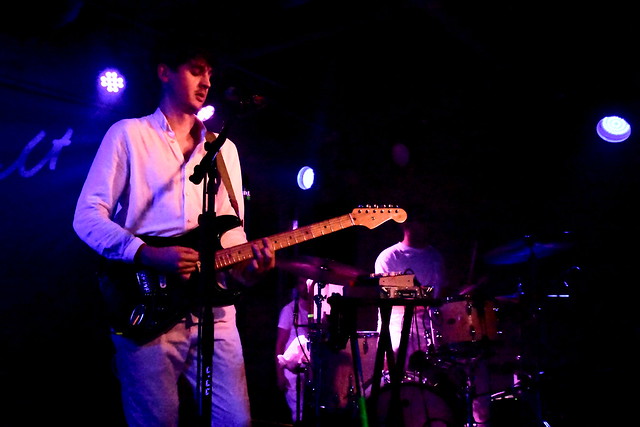 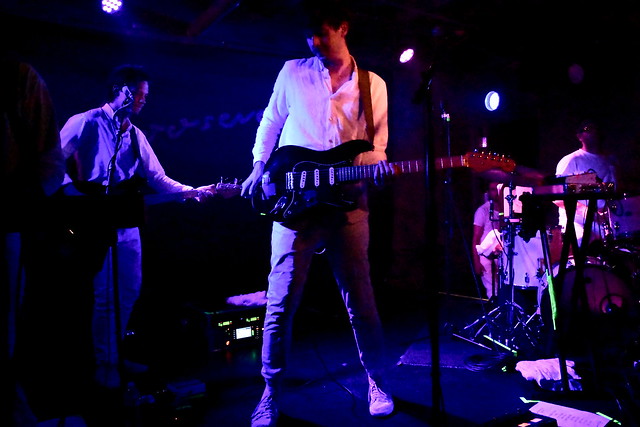 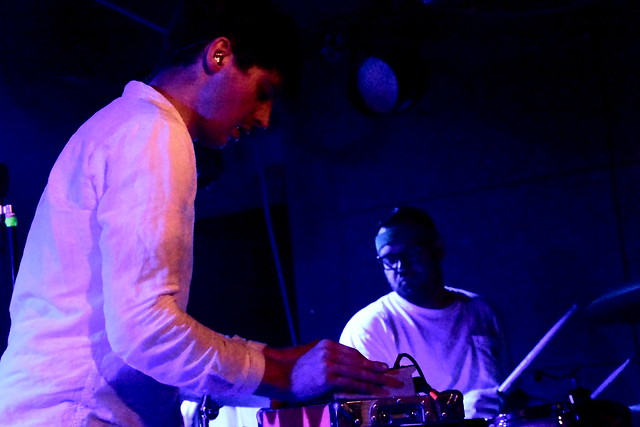 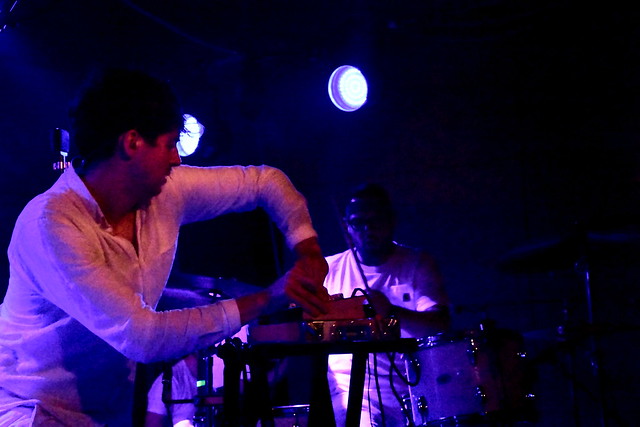 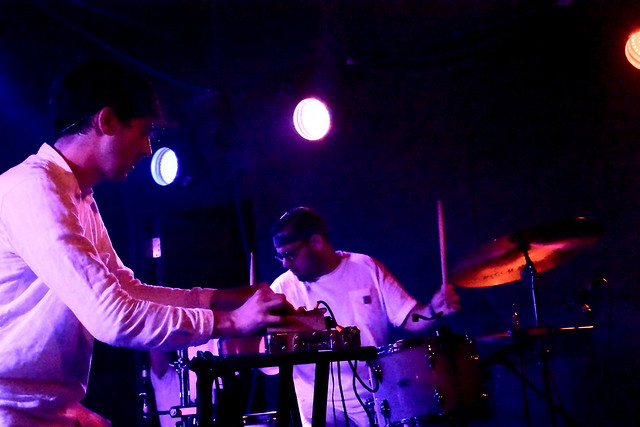 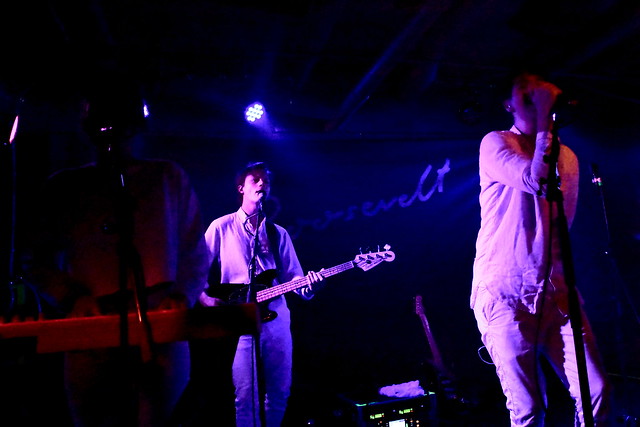 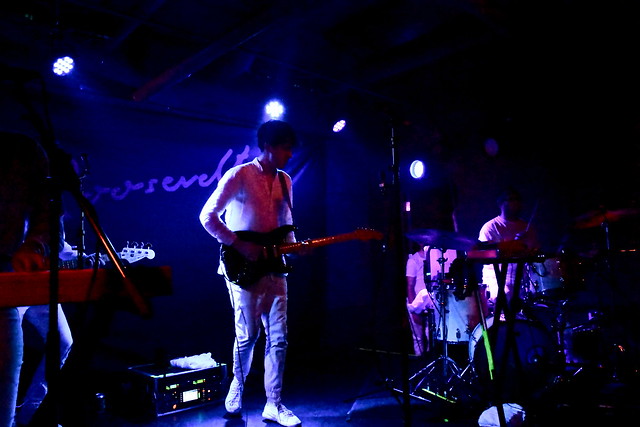