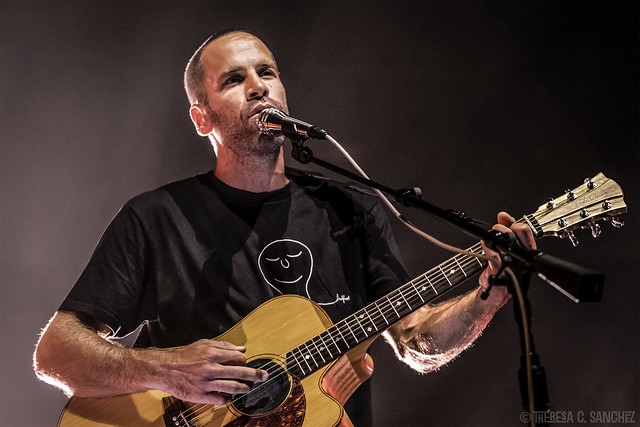 The accordion. That’s right — the box-shaped instrument used by everyone from The Who and R.E.M. to Arcade Fire and Gogol Bordello is something you wouldn’t normally associate with the folk rock singer-songwriter Jack Johnson. A Cole Clark acoustic guitar? Definitely. A Pepe Romero Jr. ukulele? Sure. He’s even auctioned a few off for the Kōkua Hawai’i Foundation he co-founded with his wife Kim in 2003 to support environmental education in schools all over the Aloha State. But a squeeze box?

To veteran Jack Johnson concert attendees, the addition of the bulky musical tool (along with other unconventional devices like the melodica) is one way the former surfer transports listeners from studio to stage. He does this with the help of a carefully curated troupe of musicians: drummer Adam Topol, bassist Merlo Podlewski,  and multi-instrumentalist Zach Gill, who was a member of a rival band while they were both in college.

“Zach might be the kind of guy who does this all night,” said Jack. “At 2 o’clock in the morning, he brings the accordion out and someone from like five campsites away says: ‘Shut the hell up!'”

On June 11, the massive audience at Merriweather Post Pavilion advocated for the exact opposite and Jack and his crew delivered that and then some, playing 27 songs in a little over two hours. It’s the first time he and his band have toured since 2014 and Columbia, Maryland, was the 7th stop on their 21-date North American excursion. While meteorologists and astronomers differ on summer’s official onset date (June 1 or the Summer Solstice later in the month), supporters of the multi-platinum recording artist had no trouble agreeing this concert marked the unofficial start of the year’s warmest season and celebrated accordingly.

What better way to commence the festivities than with “Rodeo Clowns” — a song often covered by G. Love (Garrett Dutton). He featured the then-unknown Jack on his fourth album Philadelphonic in 1999. Jack later released his own version in 2003. “But here comes the music […] Bright lights flashing.” The crowd was primed and ready for a night of merriment. He seamlessly transitioned into the 2005 hit “Sitting, Waiting, Wishing” from In Between Dreams. Of his six albums, this is the one he and the band relied upon most heavily, performing 7 of the 14 tracks. He also gave equal attention to 2001’s Brushfire Fairytales, 2003’s On and On, and 2013’s From Here to Now to You, playing four from each. Surprisingly absent was Jack’s newest offering “Fragments,” released February 2017 along with the documentary “The Smog of the Sea.” A free download of the Goodwill Ambassador‘s passionate lament on the status quo of the environment came with each concert ticket purchased.

And what’s a proper fête without decor, right? Myriad multi-colored cylindrical lights strung from stage to ceiling throughout the open-air structure augmented the intimate, backyard party-like atmosphere. Volunteer-collected plastic netting and other marine debris were artfully draped above the band, resembling ocean waves. Large round oscillating floodlights alternating color added mood, depth, and dimension to the performance. The setup was reminiscent of artist Janet Echelman‘s contribution to the Renwick Gallery’s recent “Wonder” exhibition in Washington, D.C. 1.8 Renwick was a “woven sculpture [that] corresponds to a map of the energy released across the Pacific Ocean during the Tōhoku earthquake and Tsunami.” Given about 71 percent of the Earth’s surface is covered by water, it’s no wonder creatives utilize it for inspiration.

Jack takes his affection for aqua, the atmosphere, and activism one step further however. Some might say he’s a water warrior. For the past decade, he has made it a priority to end the practice of single-use plastic containers. When was the last time you were allowed to bring your own bottle into a show? Jack and his team encourage it and since 2007, they’ve worked to ensure that every show offers fans free water refills at designated volunteer-manned stations. During this tour, he’s also been able to continue the “Reusable Pint Program” he helped launch in 2014. Over 140 non-profits will receive attention and support thanks to Jack’s social action network All At Once. Jack has demonstrated change and “Greening” through music and connections can and is possible with the right amount of access and effort. There was nary a naysayer in sight at the show. 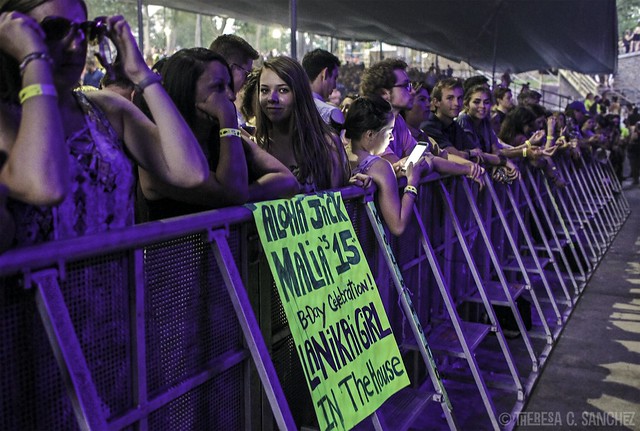 (Here are some more photos of Jack Johnson performing at Merriweather Post Pavilion on June 11, 2017. All photos copyright and courtesy of Theresa C. Sanchez.) 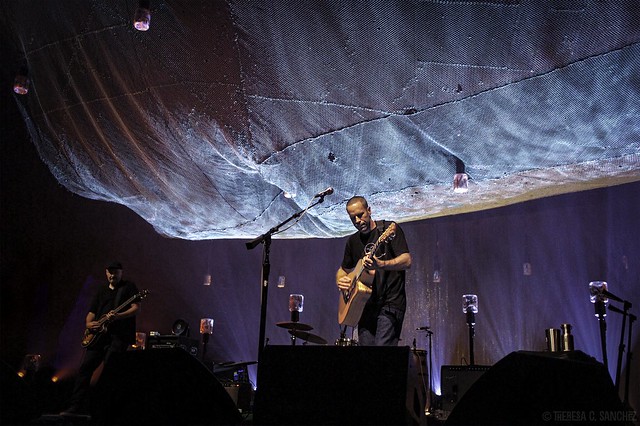 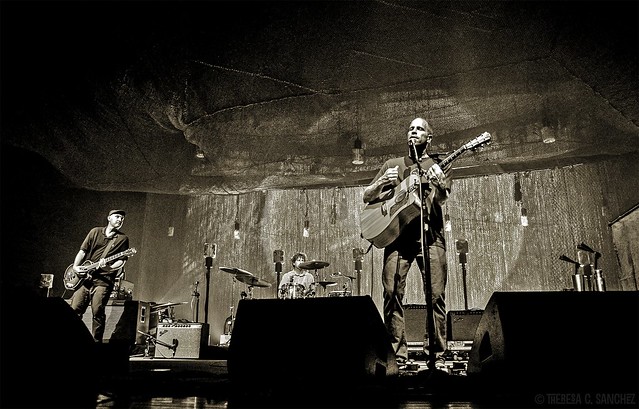 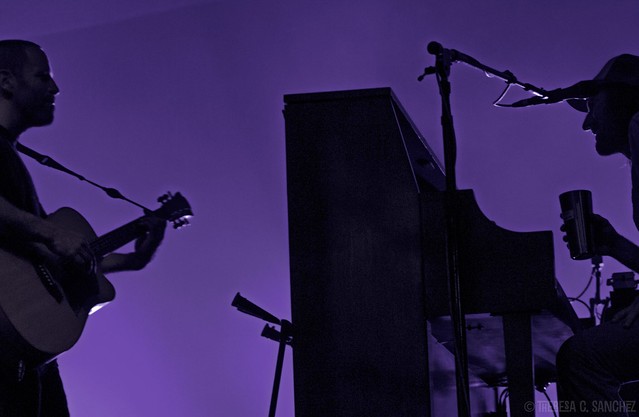 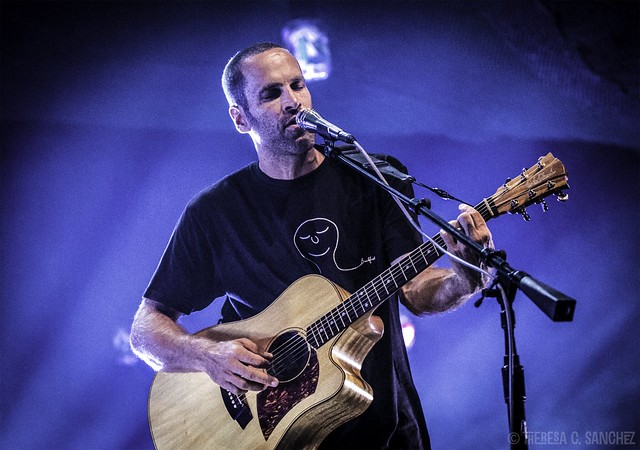 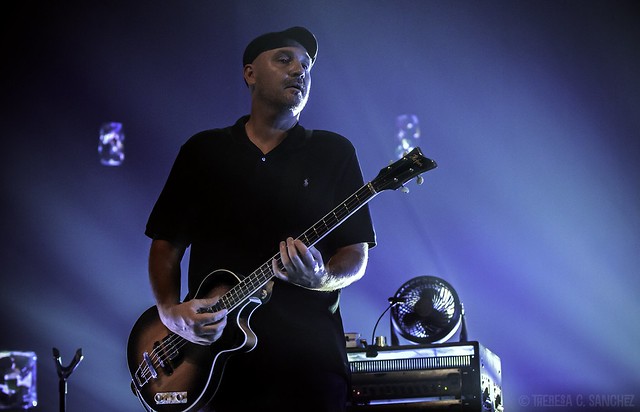 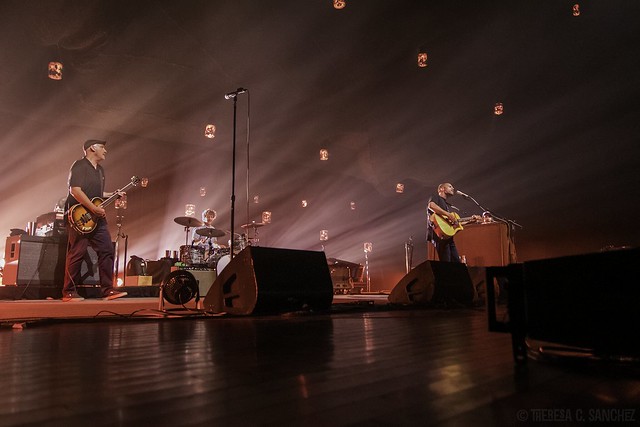 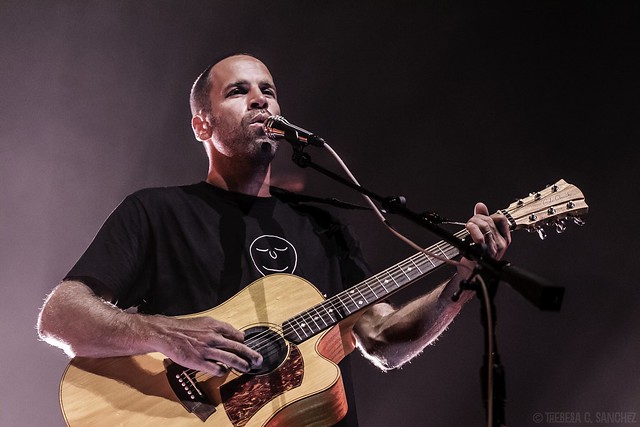 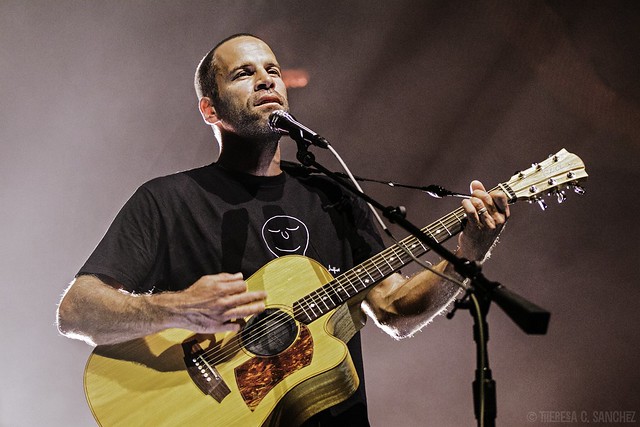 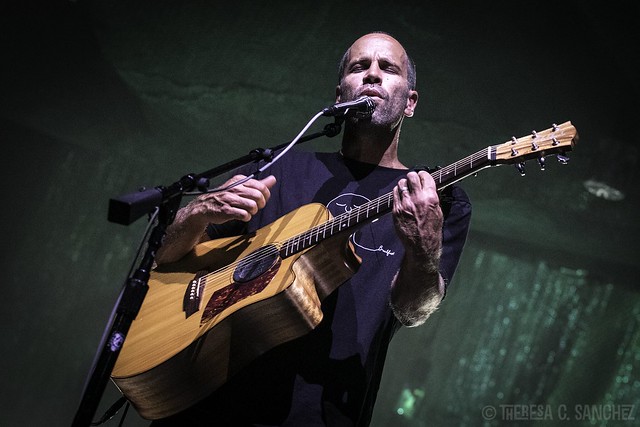 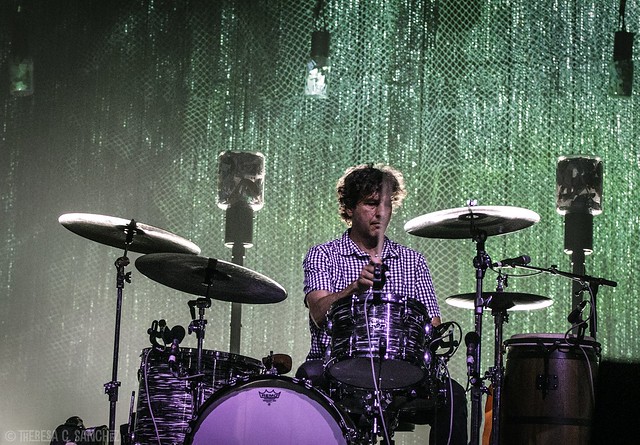 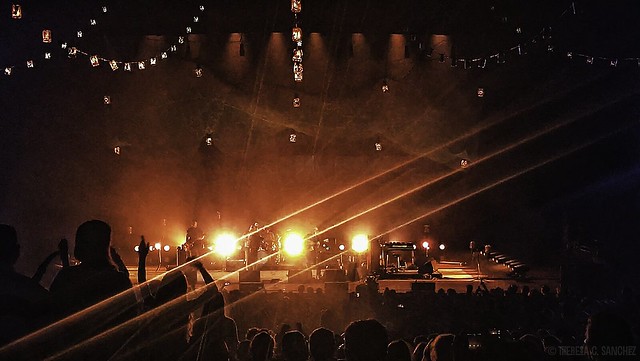 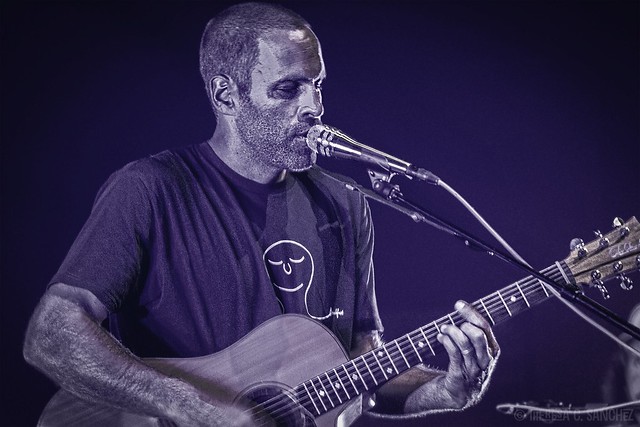