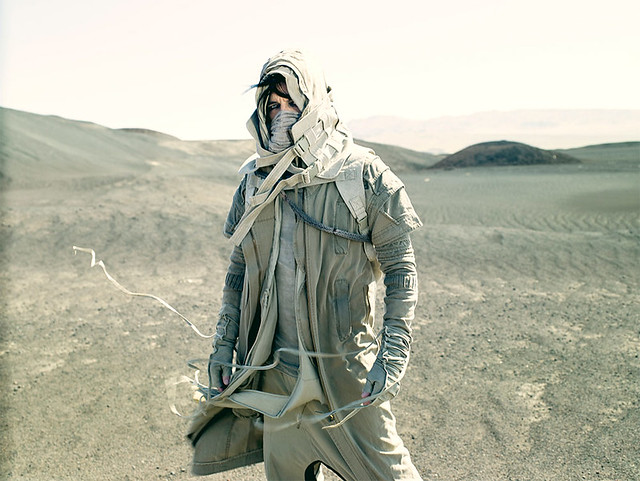 Gary Numan will release his 21st studio album Savage via BMG on Aug. 11, and in support of it he has launched a tour that includes a stop at 9:30 Club on Saturday, Dec. 9.

Gary explained that his vision for the new album was inspired by a book concept that he’s been developing for a number of years.

“Set in a post-apocalyptic future where the earth has been devastated by global warming and what remains is mostly harsh, barren, and desert-like,” Gary said. “The various cultures of the people that survived have, over generations, essentially merged into one. That merging driven mostly by the necessities of surviving in the environment that remains. The language spoken in this future world is essentially English, but the Middle Eastern influence is seen everywhere (hence the typeface I’ve chosen for the artwork).”

He added: “There is therefore a subtle but definite Middle Eastern influence musically on this album here and there, in some melodies especially, and that was deliberate. The music has to reflect the idea of cultures merging that exists in this fictional future. The book (and therefore the album) is based upon concerns about the catastrophic effects of ignoring global warming, and how the survivors must adapt, and nothing at all to do with comparing existing cultures, terrorism, religion or nuclear war. The title, Savage, does not refer to a person, or to a culture, but to the environment the people exist in in this forbidding future, and the new photos are meant to depict a scene from that.”

Several years ago, Gary relocated his family from England to California. Earlier this year, Steve Read and Rob Alexander released a documentary covering the move. You can watch the documentary on YouTube:

The title of the documentary, of course, is inspired by Gary’s early persona, where he favored synthwave and adopted a remote personality. Those of us who follow Gary on social media know the man is actually quite warm, but his early songs still rank among his most famous — his #1 UK hit “Are Friends Electric?” from Replicas, the global new wave smash “Cars” from The Pleasure Principle, and the lush “We Are Glass” from Telekon. He toured those three albums as a series of residencies most recently in 2016 in a tour that included Moogfest 2016. Read our coverage of Gary Numan at Moogfest 2016, where we reviewed his first show for Replicas, his second show for The Pleasure Principle, and his third show for Telekon.

Savage, the new album, was the result of a successful PledgeMusic campaign. Support that campaign and preorder the album at PledgeMusic.

Buy your tickets for 9:30 Club online.