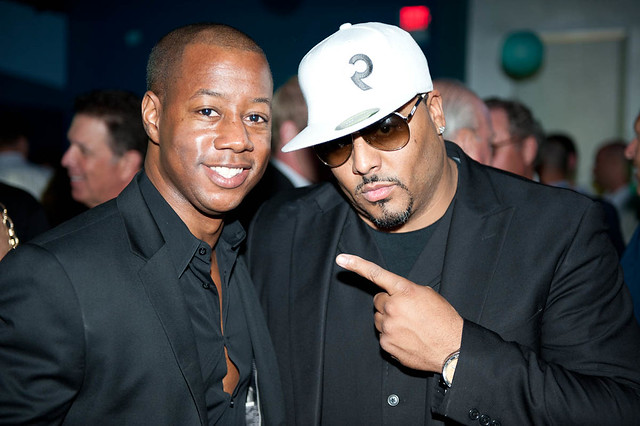 Blueprint. Foundation. Imprint. Artists like Chris Brown, Trey Songz, and Bryson Tiller enjoy the contemporary mesh of melodious R&B and heavy-hitting hip hop beats. However, this mesh and the idea behind it isn’t a new phenomenon. Deep R&B fans can recall how Al B. Sure!, heralded by the New Jack Swing subgenre, was a pioneer for the male singer to be suave and street. Al B. reminded us of this when he played at the Howard Theatre on June 28.

Al B. Sure!, born Albert Joseph Brown III, pulled out his dance moves from 1988. As he appeared on stage to perform “On Your Own,” the bevy of female fans revisited their teenage years with love-fogged eyes and handheld hearts. Al B. proceeded to give thanks for his years in the industry and referred to his fans as family and the theatre as the DC living room to cut up and catch up. He performed his number-one single “Right Now,” albeit with a much deeper voice. While the fans appreciated the 1992 nostalgia, one could also notice how Al faced recurring pitch issues, which could be a result of his current voice trying to emulate its younger self.

During the slight intermission, fans were treated to a performance of Mary J. Blige’s “I’m Going Down” by his sole background singer, Echo Seven (Seven’s high-reaching range helped to complement Al B. Sure!’s low-mature range throughout the evening). Al expressed how his belief in the provision of spotlight for new R&B artists. He continued the trend of tributes with his rendition of Michael Jackson’s “Lady in My Life”—only this time, it was an intimate affair as he glided through to sing to lucky women and swooning couples. Al infused his praise for new male R&B acts with an a cappella mix of Robin Thicke’s “Lost Without You” to cap off his performance of the highly anticipated “The Secret Garden (Sweet Seduction Suite),” his group hit under Quincy Jones with Barry White, El Debarge, and James Ingram.

The fans became energized and stood up to dance when Al. B Sure! performed “Night and Day,” which included a remixed freestyle to Heavy D’s “Nothin’ But Love.” Al’s DJ began to play a three-minute medley of late 80s hip-hop, with Al as the lead dancer in the middle of the dancefloor. He continued his tribute to Heavy D with a performance of their collaboration “Don’t You Know.”

The club feel came to midtempo jam session when Al performed “If I’m Not Your Lover,” once again in the middle of a crowd. A frequent commentator on music and love throughout, Al expressed his displeasure for some current R&B and his belief that it degrades women. He then began to thank several fans in the audience, male and female, who were longstanding fans of his, including WJLA’s own Larry Smith! Old and new fans alike were excited to hear that Al B. Sure! plans to record new music in preparation for a new album; the news preceded the performance of the 1988 slow jam “Oooo This Love Is So.”

The show ended with an encore performance of his signature hit “Night and Day”; however, Al made it his personal duty to behave in a contemporary manner as he canvassed the crowd to take selfies and give birthday shouts. Until new music arrives fans can continue to see Al live, with gratitude, Al B. Sure! explained that he will continue to play live shows to reconnect with his supporters.