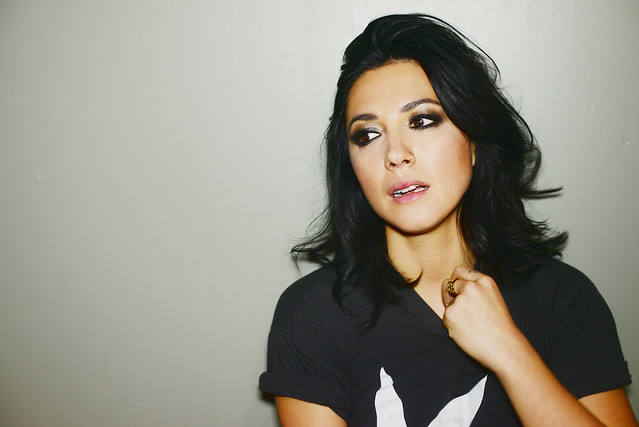 Fourteen years after her last full-length solo album, Michelle Branch returned with Hopeless Romantic, her third studio album, in April via Verve Records. She takes to the road with a stop at 9:30 Club on Friday, Aug. 4, and you can win tickets to see her with Parklife DC!

Michelle broke out on the radio with her 2001 album The Spirit Room, which sold two million copies in the United States, and its songs “Everywhere” and “All You Wanted.” Within a few years, she won a Grammy for vocals on “The Game of Love,” her collaboration with Carlos Santana. She then formed a country duo called The Wreckers, which released an album in 2006.

A while later, Michelle met Patrick Carney of The Black Keys, and he signed on to produce a new album of solo material with her. In the course of that, the two became romantically involved. “My first album certainly was written without much real-life experience,” Michelle said. “But this album is about adult, messy love and not teenage love. It’s been a couple of really interesting years. I mean, the last time I dated I was a teenager!”

Watch the official music video for “Hopeless Romantic,” the title track from the new album by Michelle Branch, on YouTube:

Parklife DC is giving away a pair of tickets to see Michelle Branch at 9:30 Club. To win, simply leave a comment on this blog. You can leave any comment, but we would like to know your favorite song by Michelle. 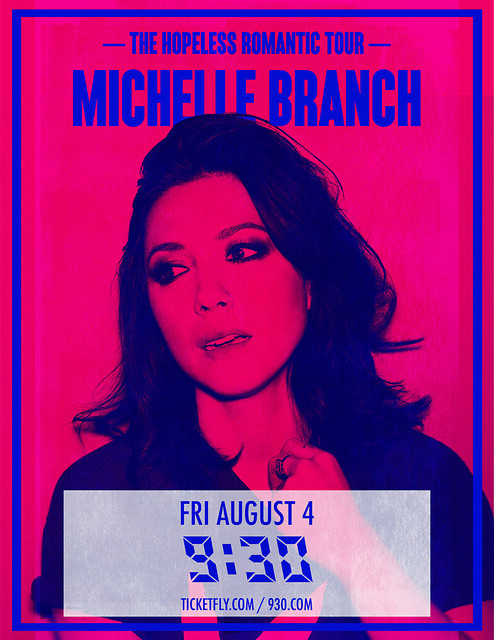