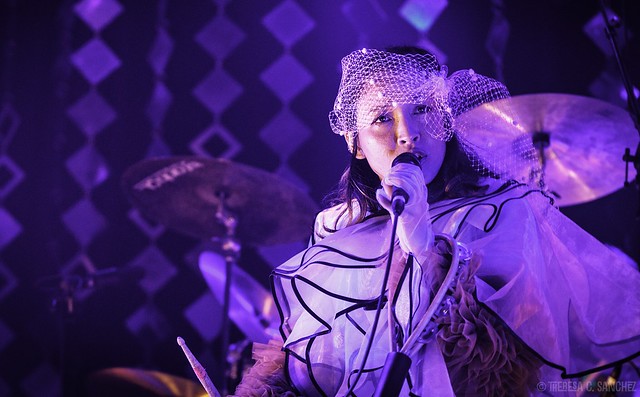 Standing just barely 5 feet tall, the Swedish singer-songwriter Yukimi Nagano is no exception. Last Tuesday and Wednesday night, Little Dragon fans in attendance at the 9:30 Club were transported to the future, and not just the weekend. Attendees accustomed to rock and roll gigs might also argue the neon kaleidoscope-colored lighting and the mobile-like twinkling backdrop also transformed the space into that of a rave. The soulful, electro pop quartet who formed in 1996 (while still in high school) played back-to-back shows promoting their much-anticipated fifth studio album, Season High. They added an additional performance following the quick sellout of their first night.

With an aura of collected calm, the band took the stage at shortly after 9 p.m. beginning the show with “Cyrstalfilm,” the sixth song off their 2011 album Ritual Union — a “breakthrough” record that Rolling Stone ranked 41 on their 50 Best Albums of 2011 chart. You’d never guess the band adopted their name from the lead vocalist’s studio session tantrums.  Yukimi’s costume was truly something to behold and could have easily been considered a fifth member of the band or top winner at next year’s Met Gala. If Wayne Coyne of The Flaming Lips teamed up with Japanese Harjuku girls to create an outfit, it still wouldn’t be as over-the-top and elaborate as this chiffon number.

A superfan can be heard screaming: “I love you!” after the first song finishes, and he holds down center front rail for the entirety of the night. He — along with the rest of the capacity crowd — jumped up and down through the show singing along to most of the tracks. Yukimi armed with Vic Firth drumsticks, played air drums and occasionally jumped atop the drum kit with Erik Bodin to tap on cymbals. She also held a teardrop-shaped tambourine.

The bulk of the set — seven songs — were songs from the newest aforementioned album. The oldest was the group’s first ever single, “Twice” from their eponymous 2007 debut album.   Two more tracks were from 2009, another four from 2011, and finally another from 2014.

During one enthusiastic rendition of a song, Fredrik Wallin disappeared from the stage. Erik jokes: “We lost Fred. That’s what happens. We start playing and people disappear.” He’s right — it’s easy to lose yourself in their music, be it figuratively, or in this case rather literally. A minute into the next song, Fred returns triumphantly from stage right with his hands in the air.

One of the highlights of the show was an extended version of their major hit song “Ritual Union,” which included a part where Yukimi turned the microphone on the audience for them to sing a couple stanzas.

The setlist can be found here.

Elizabeth Spotswood of Alexandria, Virginia, attended both shows — and this is what she had to say about the Grammy-nominated group: “They’re thought-provoking. I like music more and more lately that has kind of a dance beat to it and you can definitely dance to a lot of her songs — not all of it, though. You get a lot of energy from it — it’s not like when you’re listening to some mindless ’80s music (which I love, by the way). You’ve got these songs with a great beat, but it’s also prompting your brain to think as it’s listening to the lyrics. You’re in tune with the emotions and events going on around you as you enjoy the sound.

I’ve never, ever gone to back-to-back shows for the same performing artist. I was kind of bummed out that the setlist was the same for both nights. Her outfit was much more intricate the second night. They appeared to be a lot more active on stage the second night, too. I’d say the energy of the crowd was way more amped on the first night. It was sold out. It’s hard to put the spirit of the room into words. I was dancing with strangers, I met a bunch of people, everybody was just talking, and it was just a super chill, happy vibe. The performers seemed like they were still warming up, but they were on point. Sometimes when a lot of fans — when they have a favorite song — they just kind of phone it in because they’re tired of playing it live — but Little Dragon seemed excited that everybody liked their song and got really into it. That was enjoyable to witness. While I wanted them to play more of their moodier stuff, they opted for upbeat, which made it easier to dance and you felt good for the rest of the night.

If I had to compare them to anyone else, I’d say they’re a lot like SBTRKT (who worked with Little Dragon on the 2011 hit track “Wildfire“) and Grimes (sans the high notes). [Yukimi’s] aim is to get everyone amped, excited, and participating in the music. It’s clear she and her group are perfectionists. I’m sure they wanted it to sound solid and cohesive and it did.”

Here are some pictures of Little Dragon performing at 9:30 Club on Aug. 9, 2017. All photos copyright and courtesy of Theresa C. Sanchez. 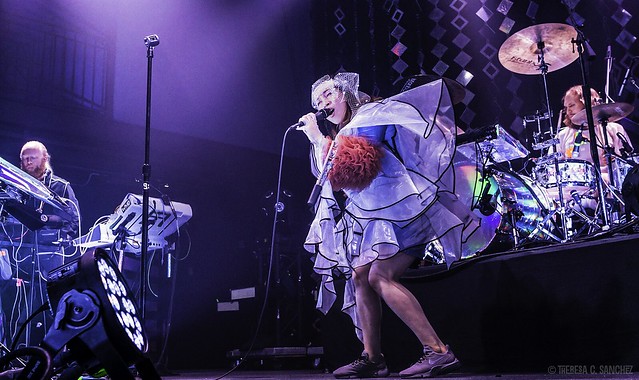 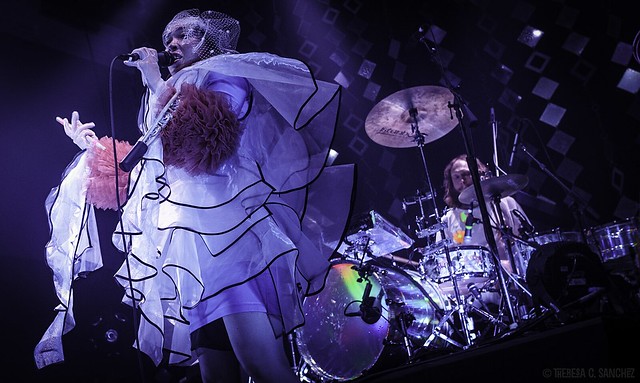 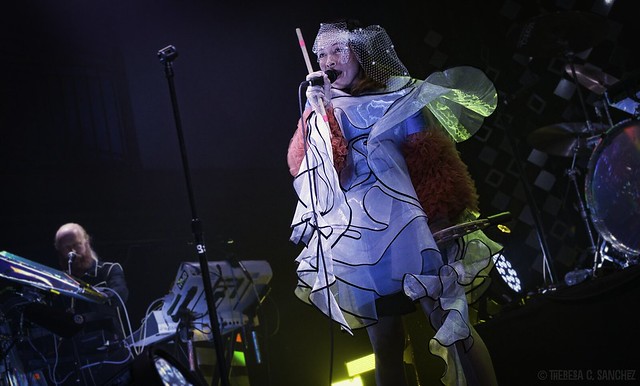 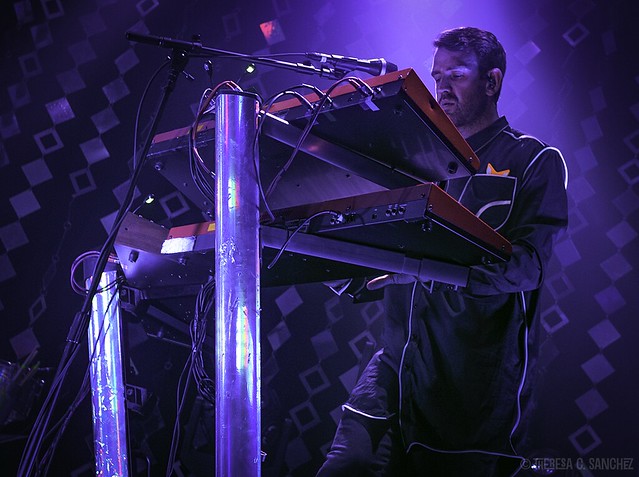 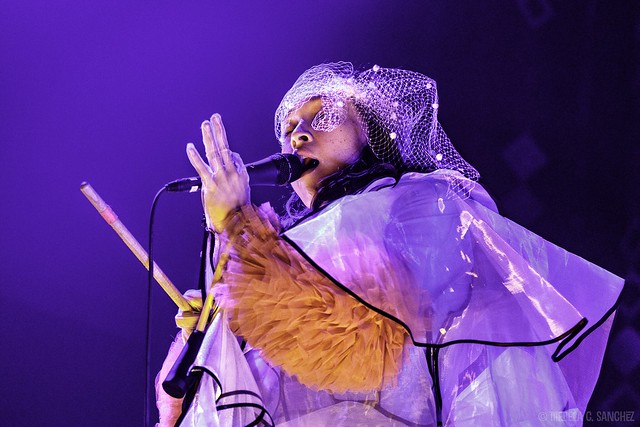 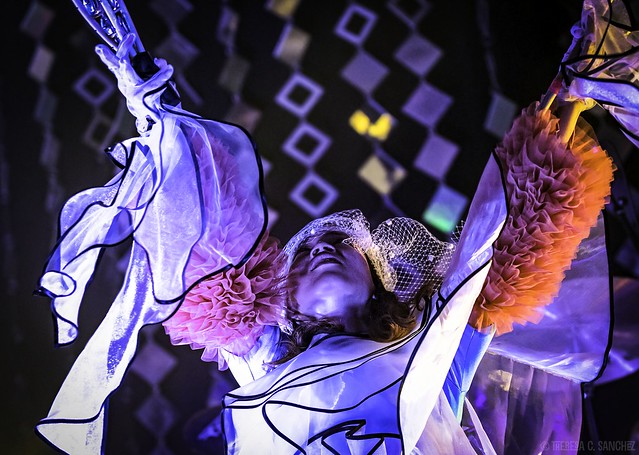 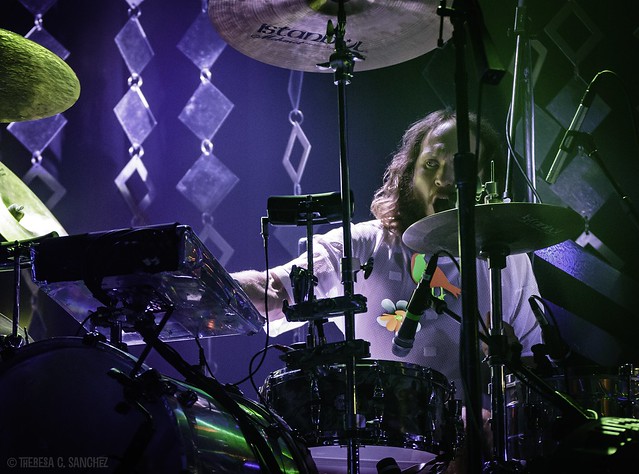 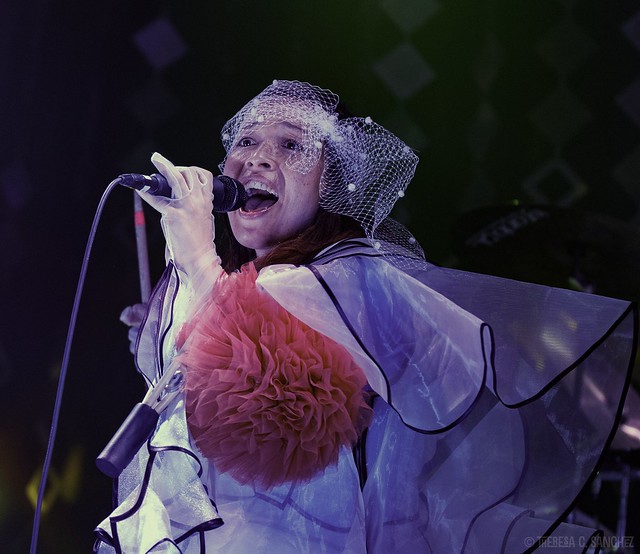 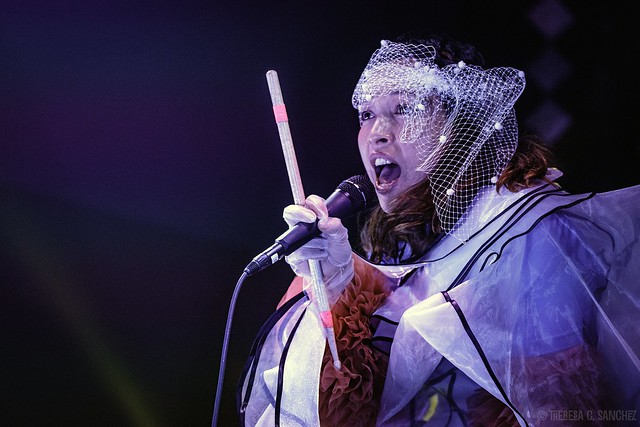 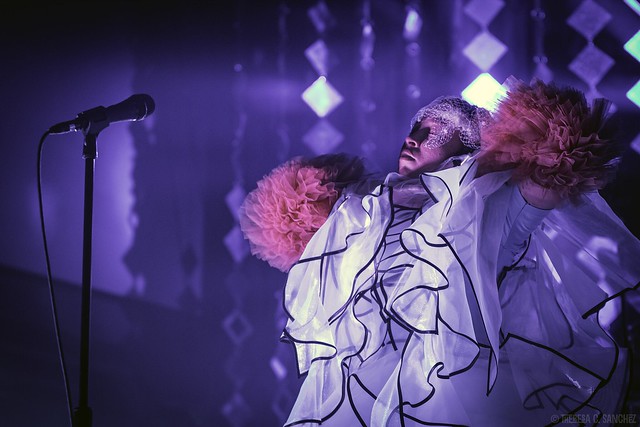 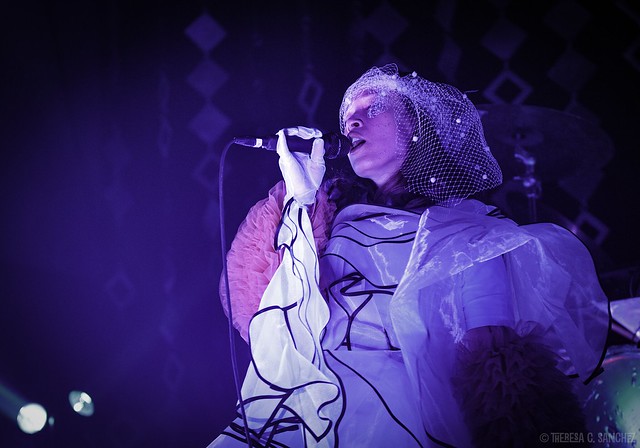 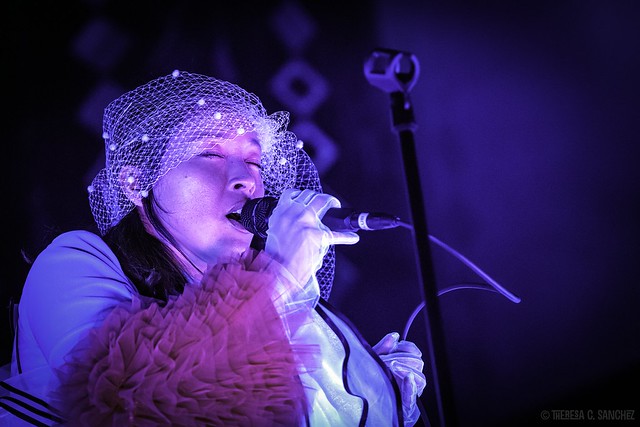 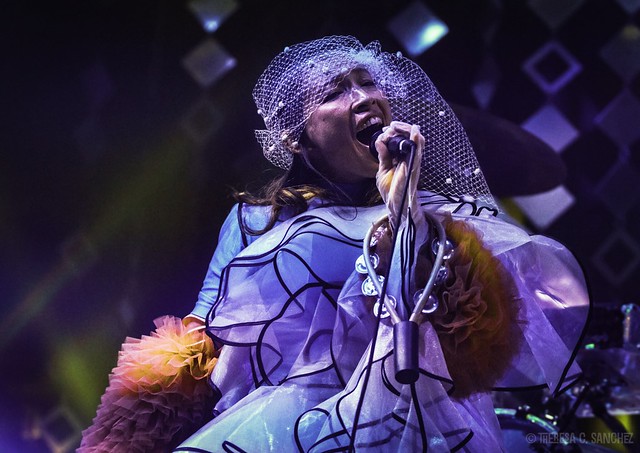