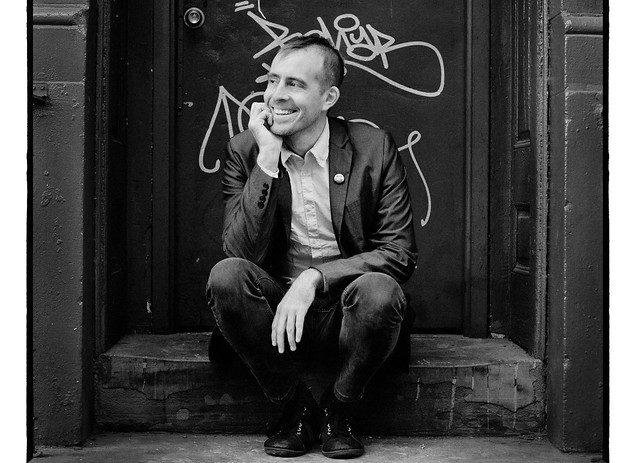 Ted Leo is well known to us in DC, as he formed Ted Leo and the Pharmacists here in 1999. Wherever Ted goes, he always comes back to DC, and such is the case next week! On Friday, Sept. 8, Ted Leo releases The Hanged Man, his 13th studio album overall but his first under solely his name. Then one week later, he drops by Black Cat to play two headlining shows on Friday, Sept. 15, and Saturday, Sept. 16.

The Hanged Man is Ted’s first album since 2010’s The Brutalist Bricks (via Matador Records), which was the sixth album by Ted Leo and the Pharmacists. For The Hanged Man, Ted decided to self-publish a new record with a successful Kickstarter campaign.

On the album, Ted plays almost all the instruments himself. He recorded it at his home studio in Wakefield, Rhode Island. Ted described his time working on the record as “personal desolation that felt fallow but was actually very fertile.”

Listen to “You’re Like Me” from The Hanged Man by Ted Leo on Soundcloud:

The Hanged Man also showcases the talents of some of Ted’s friends. Chris Wilson of the Pharmacists played drums on the record. And longtime collaborator Aimee Mann (whom Leo plays with in The Both) contributed her voice, while Jean Grae and Jonathan Coulton also appeared on the record.