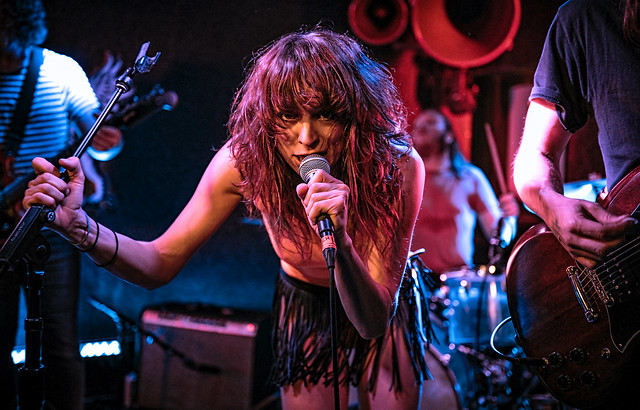 After a solid set by new DC band Broken Hills, A Giant Dog launched into a heart-skipping set with singer Sabrina Ellis providing over-the-top frenetic energy that kept the crowd wondering where things were going next! In fact, Sabrina seemed to draw from the energy in the room and project it back as the audience sang along to songs taken mostly from their last two albums: 2016’s Pile and the recently released Toy (both on Merge Records).

Throughout the set, Sabrina went out into the crowd, swung from part of the stage, and encouraged fans in the audience to sing along with her. And it was clear that zest wasn’t coming from Sabrina alone, as Andrew Cashen (guitar) shared vocal duties through a makeshift mic screen made of a rag (or a sock). Andrew played off Sabrina, standing atop his amp while she ran across the stage and the rest of the band — Andy Bauer (guitar), Graham Low (bass), and Daniel Blanchard (drums) — all rocked out with equal abandon.

Leaving the house wanting more, A Giant Dog returned for a two-song encore, including the spot-on cover of Sparks’ “Angst In My Pants.” This felt like something truly special. Definitely check them out on tour here.

Here are some photos of A Giant Dog performing at DC9 on Sunday, Sept. 3, 2017. All photos copyright and courtesy of David LaMason. 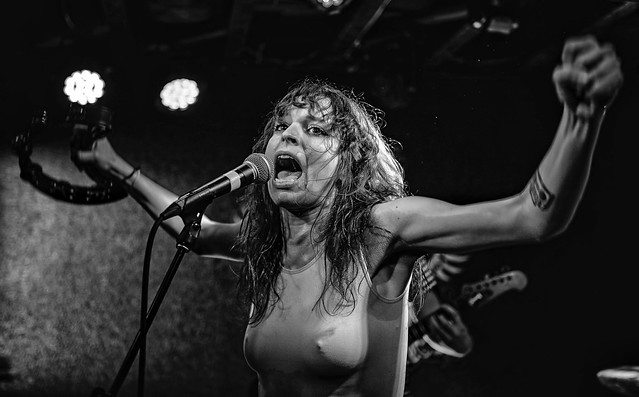 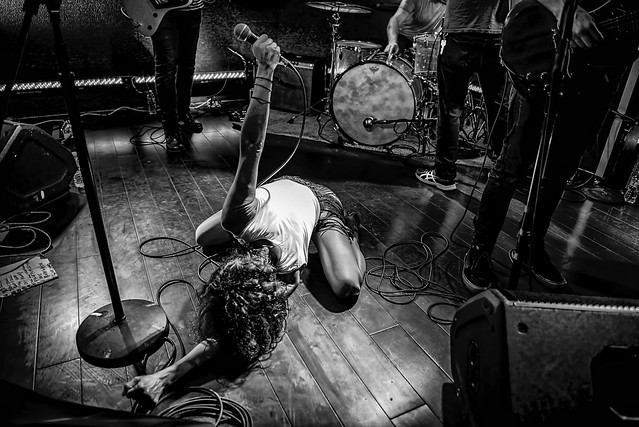 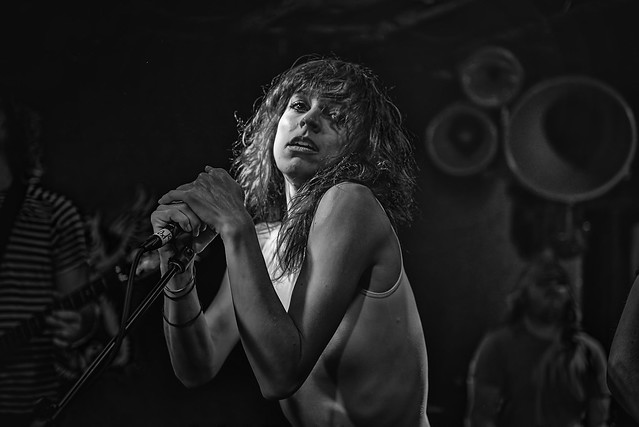 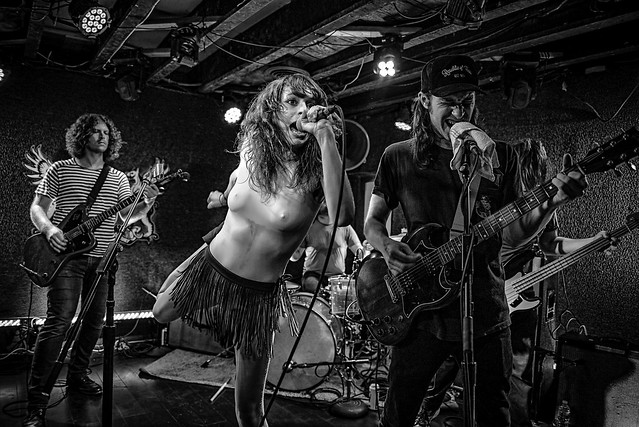 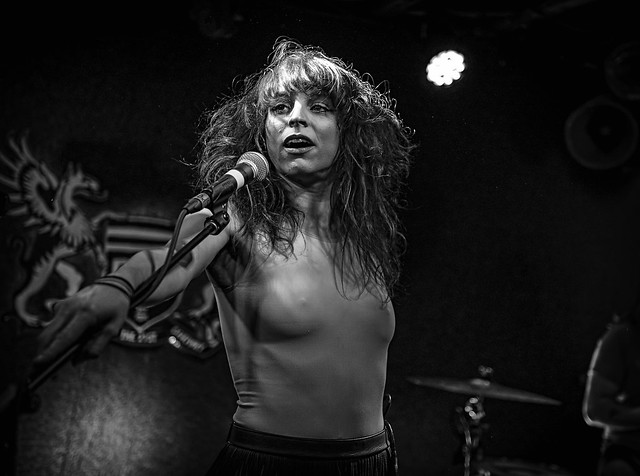 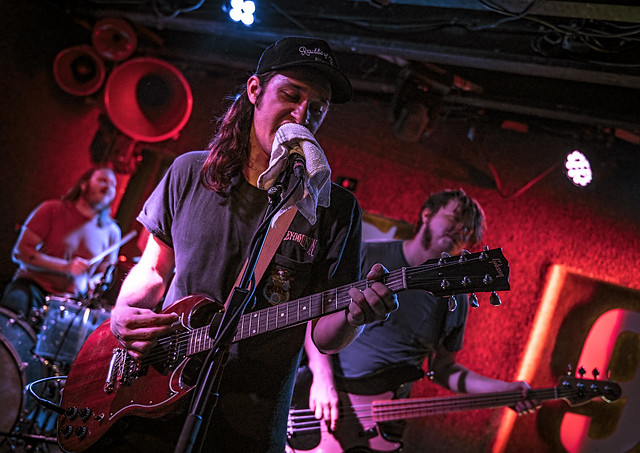 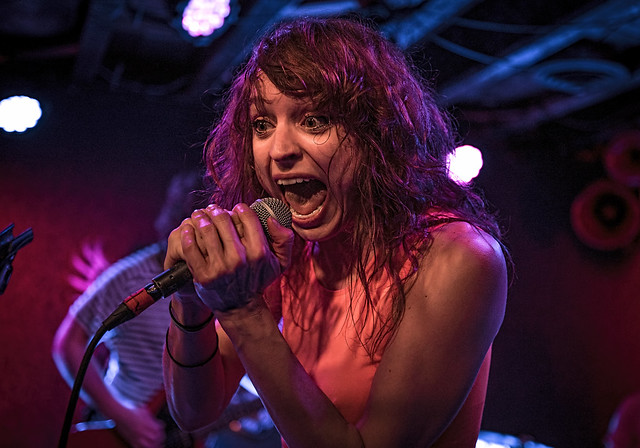 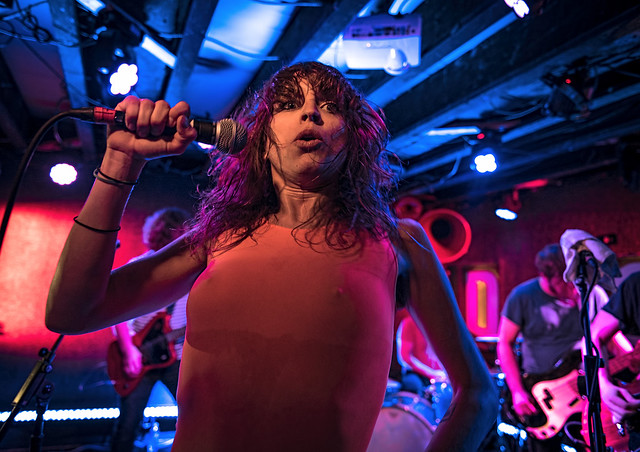 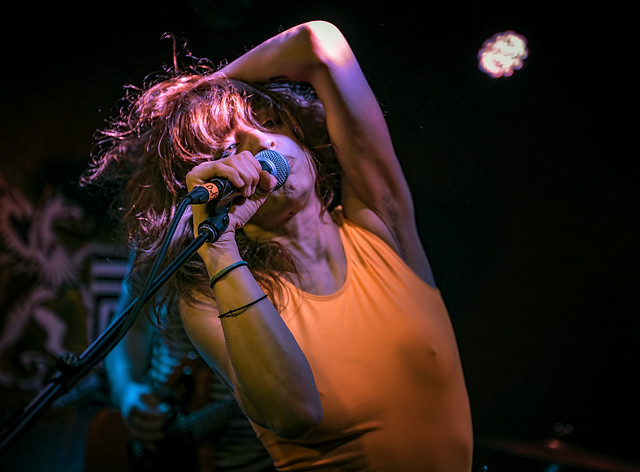 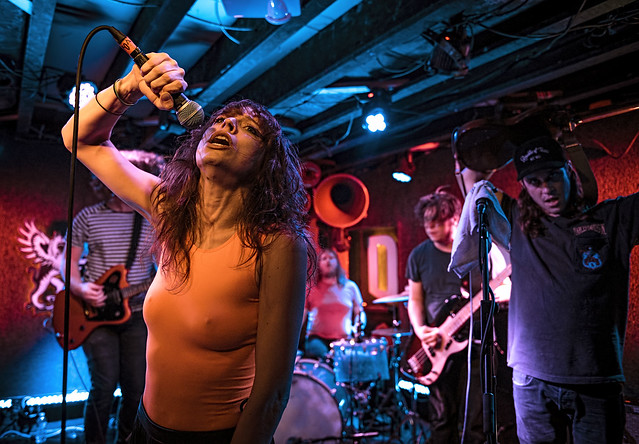 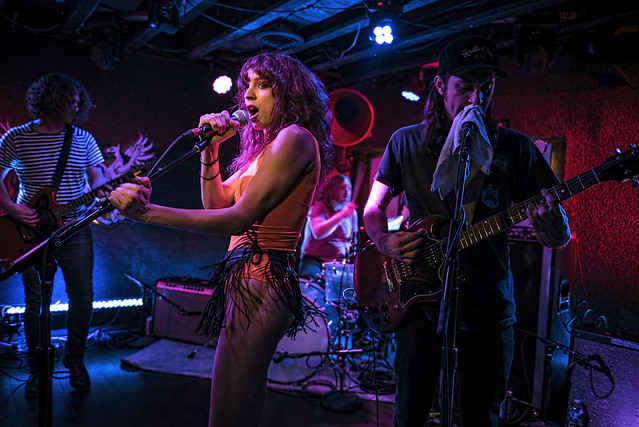 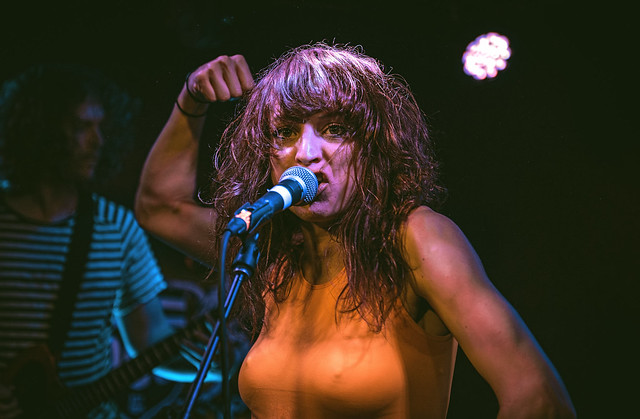 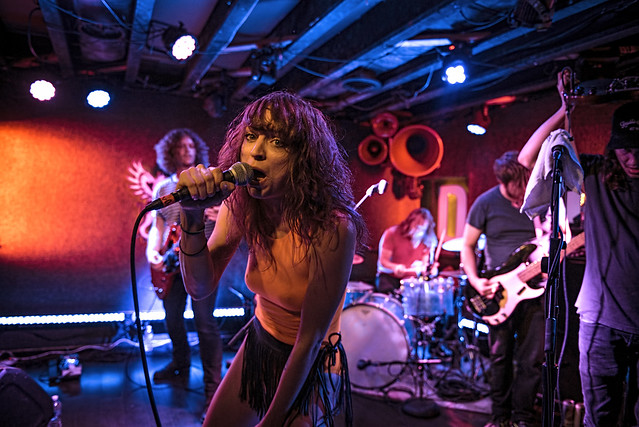 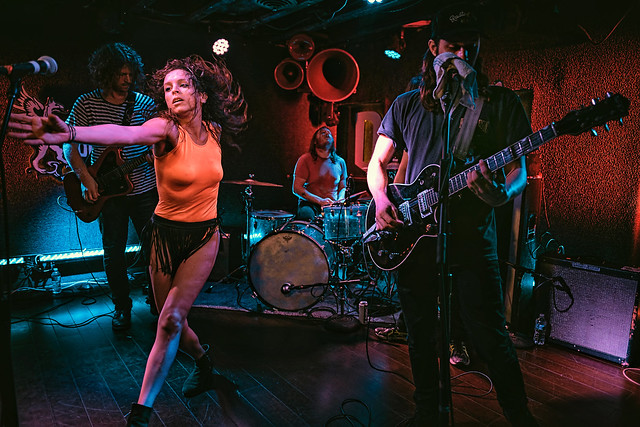 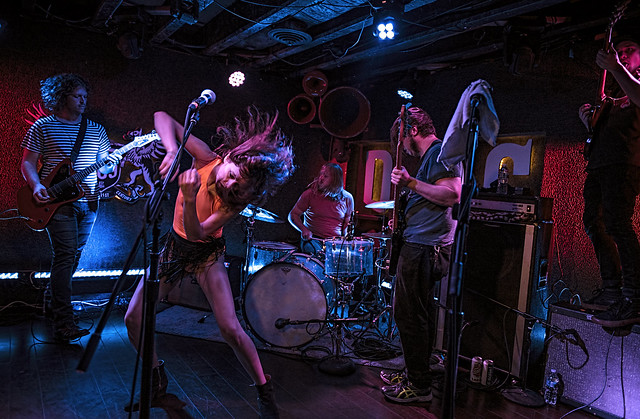 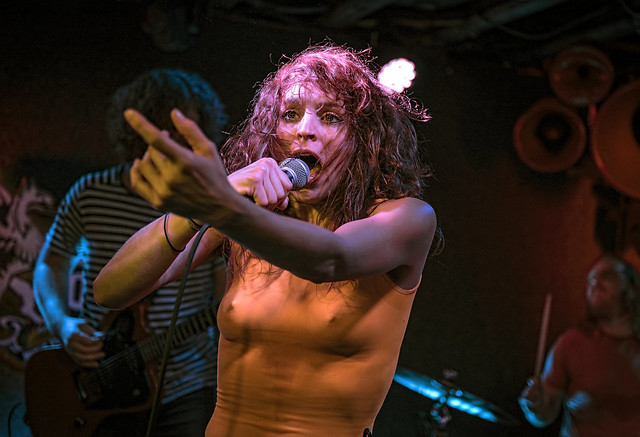