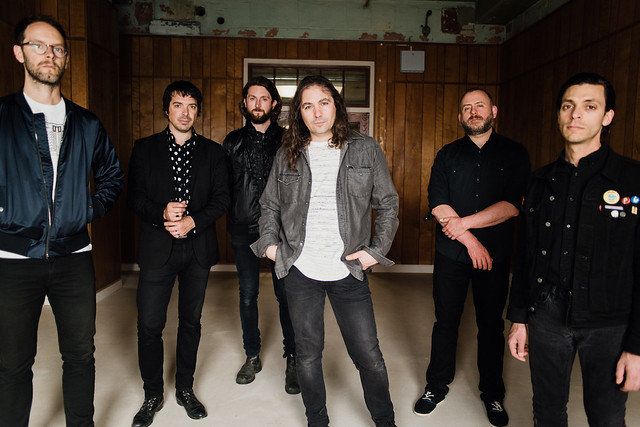 The War on Drugs released A Deeper Understanding, their fourth studio album, on Aug. 25 via Atlantic Records. Their companion tour takes them to The Anthem, 9:30 Club’s new sister venue on the southwest DC waterfront, on Monday, Oct. 23.

The War on Drugs already have released five singles from the new album! Last month, the band debuted a new video for “Pain,” one of those singles, directed by Emmett Malloy and shot on 16mm film. In the video, the pay tribute to their hometown Philadelphia as they perform on a cargo ship coasting down the Schuylkill River.

Watch the official music video for “Pain” by The War on Drugs on YouTube:

The War On Drugs’ frontman Adam Granduciel worked extensively on the new album with engineer Shawn Everett, pulling in, as required, his bandmates — bassist Dave Hartley, keyboardist Robbie Bennett, drummer Charlie Hall, and multi-instrumentalists Anthony LaMarca and Jon Natchez. The result was a critically acclaimed album from a band that many observers have labeled America’s best rock band at the moment.

Writing for AV Club, Matt Gerardi praised the new album by The War on Drugs: “The ambition behind its songs and the enormity of the band’s sound and scope has grown right alongside its profile.” He added, “Understanding’s songs are so towering and dense they threaten to topple over into soupy monotony, but what’s most impressive about these 10 tracks is the way frontman Adam Granduciel and his bandmates prop them up with an endless supply of electrifying, ear-catching details.”