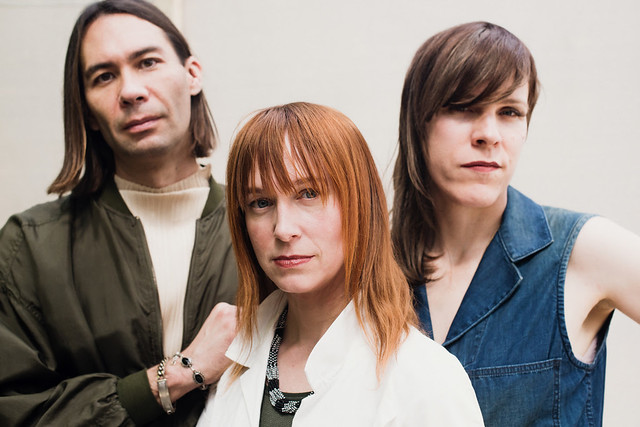 NPR Music said the new album “functions as a natural extension of Rainer Maria’s discography, while staying true to its members’ accumulated wisdom and insight.”

Kaia Fischer, William Kuehn, and Caithlin De Marrais came together to form Rainer Maria, named after Austrian poet Rainer Maria Rilke, while living in Madison, Wisconsin, in 1995. They signed to Polyvinyl Records early in their career and stuck with the label until their last recording. The band relocated to New York City in 1999, and they continued to release albums until their last in 2006. The three went their separate ways with Caithlin De Marrais recording solo material.

Eventually, their paths crossed again, and they drew upon their rich individual experiences of the past decade to record once more as Rainer Maria. William Kuehn produced the new album, giving it a firm direction embraced by his bandmates.

Hear the results on Thursday! Buy your tickets online.