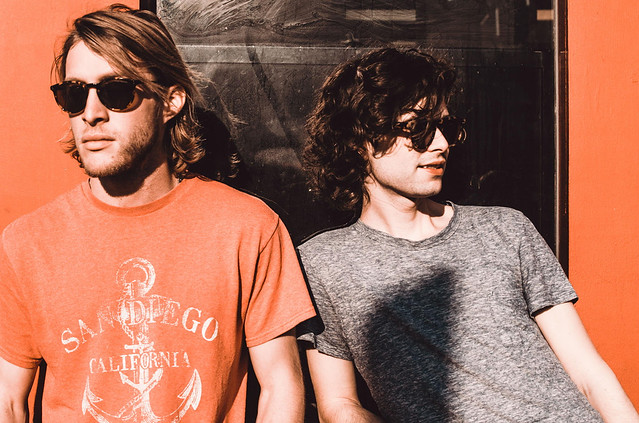 Coast Modern offers catchy yet meaning full songs with a down-to-earth vibe that makes them feel accessible and relatable. The charm of the West Coast natives was on full display Friday night in a very packed room at U Street Music Hall.

Coast Modern, consisting of Luke Atlas and Coleman Trapp, put out their debut album in July through 300 Entertainment and +1 Records. The duo are now on their first headlining tour.

Luke and Coleman, along with drummer Steph Barker and an unnamed bassist, played all of the fan-favorites from their self-titled album. Coleman’s fun attitude fit perfectly with their music and performance. At one point, he set up “The Way It Was” by having the audience close their eyes and imagine they were in the Amazon.

Their inevitable encore included their first single, “Hollow Life”, a relatable tune that speaks about life and our desire to find meaning in it. Luke played his guitar intently, adding in backing vocals throughout the performance.

Coast Modern’s music sounded a bit different live than I thought it would. The rock elements were a bit more apparent while some of the pop/electronic sounds heard on their studio recordings were a bit harder to hear. That being said, they sounded great, and I enjoyed hearing my favorites songs from their album in the packed venue. The crowd enjoyed their music but also seemed in a pretty big hurry to make it to their next destination.

Coast Modern is only two years into their time as a band. They have the right mix of catchiness, uniquity, and an underlying message in their music to gain a huge following.

In a few years, I will be looking back and thinking about seeing them on their debut headlining tour as they sell out bigger venues and their songs reach more and more people. Until then, I am going to enjoy their music and hope to see them back soon. Check out some of their songs below, especially “Guru” which is my, and apparently Kate Hudson’s,  favorite Coast Modern track.