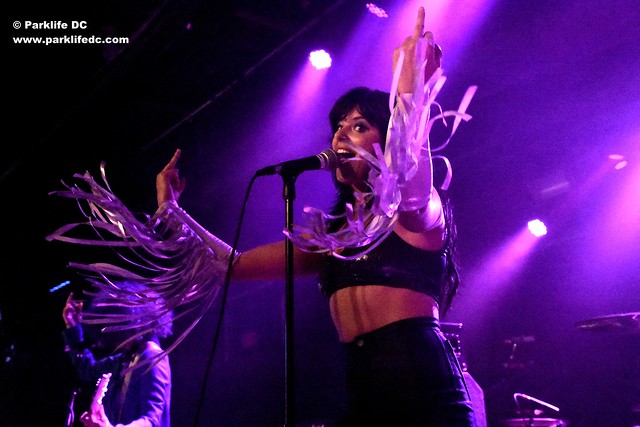 Ali Cat of Glam Skanks lovingly tells a former crush what to do with himself at Baltimore Soundstage on Sept. 19, 2017.

My favorite song by Glam Skanks is one that frontwoman Ali Cat lovingly introduces as a love song. And it certainly starts out as a traditional love song with its throwback ’50s rock ‘n roll vibe and initial cooing.

But before Ali even begins to strut across the stage, the song takes a whimsical turn for the better as she rains scorn down upon her former objet d’affection, proudly proclaiming the title “Fuck Off!” with a storm of hand gestures to emphasize the same.

When I first saw this fab femme foursome, I instantly recognized in them their terrific glam guitar, courtesy of Veronica Volume, and made the connection to their early ’70s inspirations in David Bowie and Marc Bolan. But seeing Glam Skanks again recently as they paraded through DC and Baltimore, in a show at Slash Run and opening for Adam Ant at Baltimore Soundstage respectively, it became clear that they also share stock with great punk bands like The Ramones.

First and foremost, Glam Skanks want to rock and they prefer to do so with pleasing melodies and sly, subversive lyrics — quite a lot like Joey Ramone and company! I like to think Glam Skanks to see the parallels, thus elevating my fave song “Fuck Off” a bit in the set when they rolled through Baltimore to open for Adam Ant on Tuesday.

That and other songs hail from their very enjoyable debut album Glitter City, released last year via Unison Music Group. Glam Skanks opened their set with a team cheer song “G.L.A.M.,” which set the perfect mood for the raucous hijinks to follow. Then, they rolled into “Tube Tops,” delivered as an almost-spoken word pontification on the nature of fashion and changing times.

At Slash Run on Sept. 12, I heard “Ladylike,” a new song by Glam Skanks, for the first time. It is what you would hope to find in new material from the band — and a welcome sign that they undoubtedly be recording again soon. It has an engaging upbeat rhythm courtesy of impressive bassist Millie and dynamo drummer Cassie, and it serves as a good showcase for Ali’s playful pep.

Speaking of Slash Run, it was my first visit to DC’s rockin’ burger joint, and it was a cozy place to see a show. Glam Skanks played to the small space very well, demonstrating the effectiveness of their polished professionalism. They demonstrated they could take an act from a big stage as Adam Ant’s openers and adapt it quickly for a smaller space. Of course, one of the strong aspects of the Glam Skanks’ stage show is how they convey a sense of intimacy in big places as well as small ones in moments like Veronica jamming on her guitar riffs or Ali being conversational with the audience.

Glam Skanks appropriately closed their set with title track “Glitter City,” biding us farewell but inviting us along to their ultimate destination, where we of course will find glitter and unicorns but also beer and whiskey. With Glam Skanks, it certainly sounds like a place worth visiting. Joey Ramone would approve.

You can and should catch Glam Skanks on tour with Adam Ant. Adam’s US Anthem Tour going strong, and you can find them across the country for another week or so with a visit tonight in Charlotte, North Carolina, on through a closing date in Los Angeles on Sept. 30.

Here are some pictures of Glam Skanks performing at Baltimore Soundstage on Tuesday, Sept. 19, 2017. 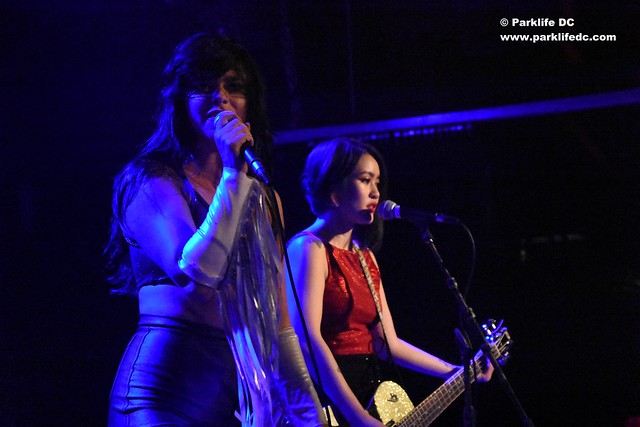 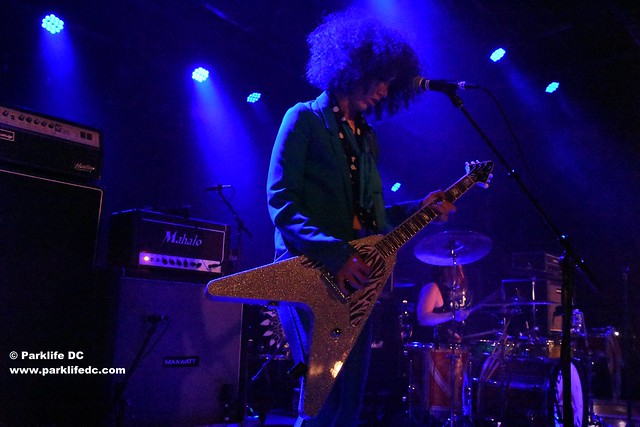 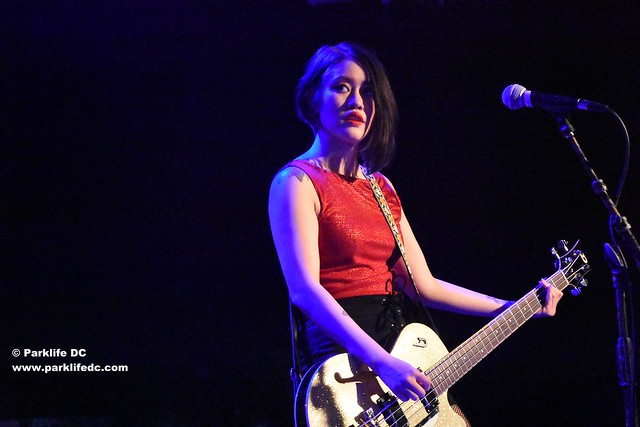 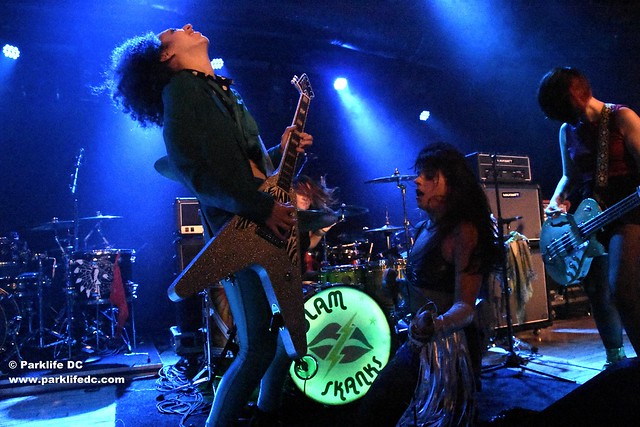 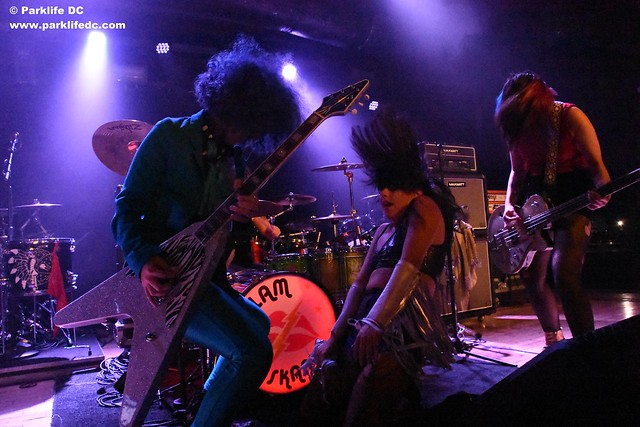 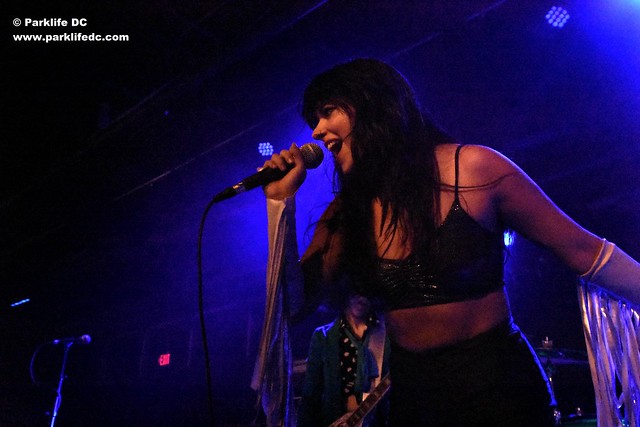 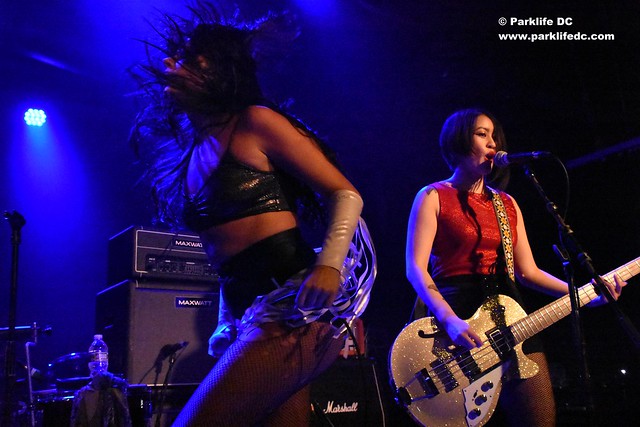 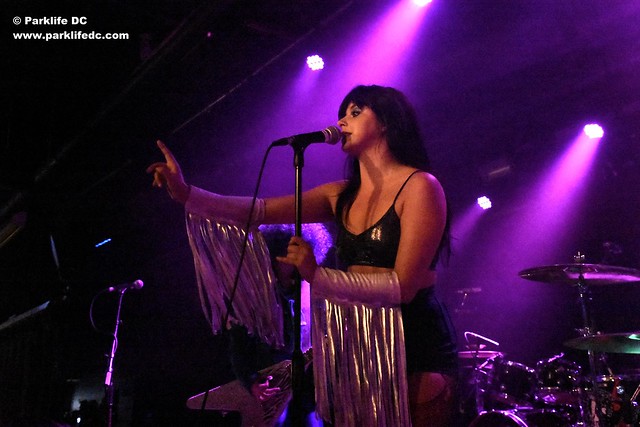 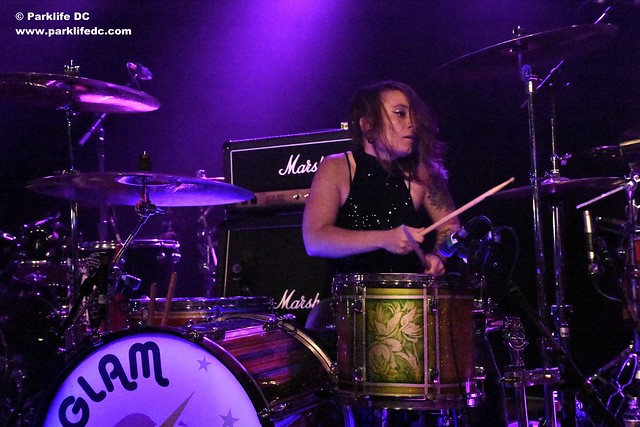 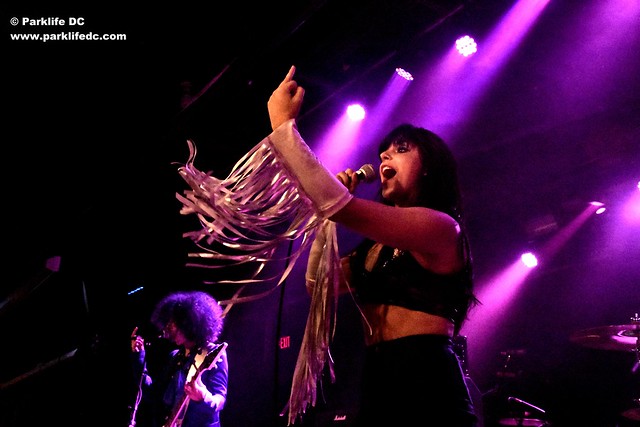 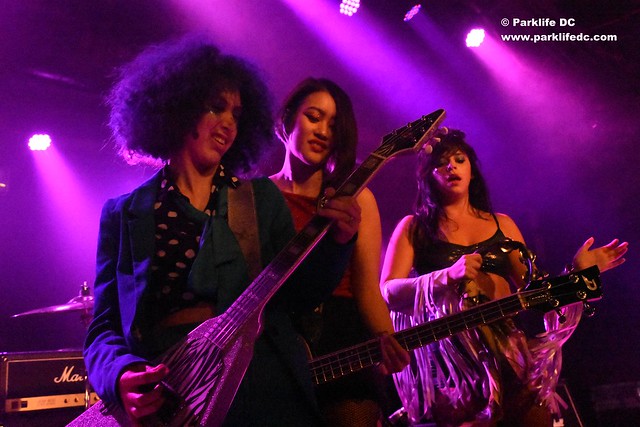 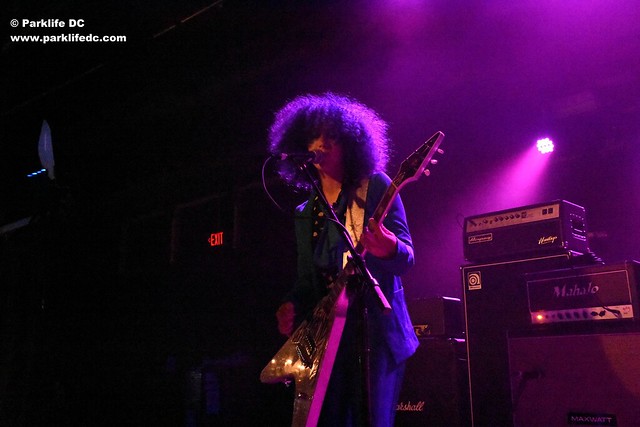 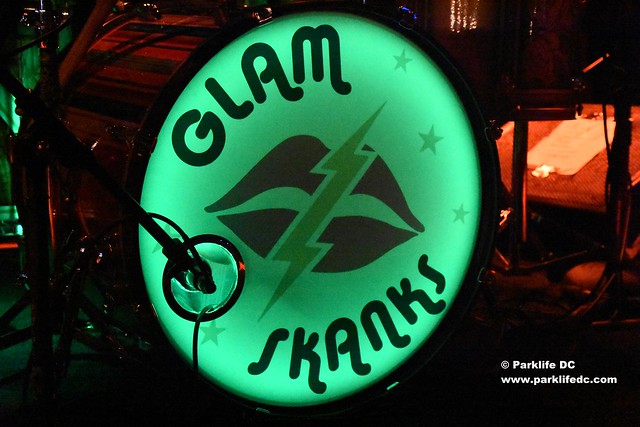