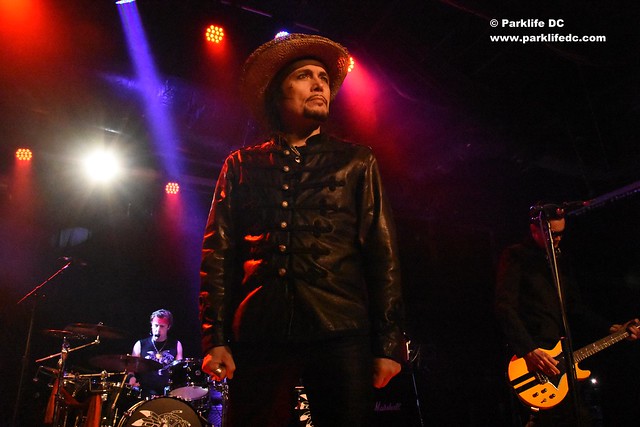 Adam Ant was on fire!

The glam British icon launched a tour to highlight all of his hits, dubbed it the Anthems Tour, and brought it to the United States to include a stop at Baltimore Soundstage in Baltimore, Maryland, on Sept. 19. The Blueblack Hussar scorched the stage with nearly two hours of hit after hit, delighting a crowded house with songs to which they knew every word.

Beat my guest, indeed, as Adam smacked timeless and remarkable song after song across the hall, prompting twentysomethings and sixtysomethings alike to break out dancing. Adam sounded and looked terrific, and you would have instantly recognized your favorite ’80s rock star as if he stepped fresh from the videos that helped make him famous on MTV back in the day. (Admittedly, a few friends with only passing familiarity glanced at my pictures to exclaim — “Hey! Johnny Depp!” Can Adam help it if Depp stole his style?)

“Beat My Guest” from the powerful Kings of the Wild Frontier opened the show, and from the first moments, Adam mugged, twisted, and sprang from corner to corner to deliver a lively accounting of his catalog in 25 top-notch compositions. He didn’t let up, bounding into “Vive Le Rock,” “Friend or Foe,” “Antmusic,” and “Desperate But Not Serious” in the first third of the show. Given the tribal-meets-swing rhythms of many of Adam’s songs, the drummers played an incredibly important role in pounding out these earworms — and Adam’s band comes equipped with two! The dapper femme Jola and the rock-n-roller Andy Woodard delivered, keeping the beat strong. Their timing was particularly critical when Adam drops the beat at the end of his now-infamous rendition of “Desperate But Not Serious” and holds a very long pause before thundering back on the sonic waves of those drums to mad audience applause.

Adam was fairly chatty in Baltimore, explaining that he wrote “Young Parisians” to piss off the Oi! punk crowd (or at least to differentiate himself from what people were hearing at the time). After performing that song, Adam invited everyone to sing along to “Prince Charming” and its refrain “Ridicule is nothing to be scared of,” which we did heartily.

The hits kept coming in the second half of the show with the clever “Puss ‘n Boots,” the declarative “Kings of the Wild Frontier,” and the rebellious “Stand and Deliver.” Again, seized with wild enthusiasm and buoyed by Adam’s charisma, many of us kept singing right along in solidarity with our dandy highwayman.

A pleasant surprise was a trip down memory lane as Adam fondly recalled his time in a band called the B-Sides, appropriate as the bandmates joked they would never have a single, and paid tribute to those days with “B-Side Baby” (itself the original B-Side to “Apollo 9”). And he fired up a feisty audience with “Goody Two Shoes,” his undeniable #1 UK chart topper.

Adam Ant continues touring in the United States tonight, Sept. 26, in Denver, and he remains here only for a handful of dates to wrap up in Los Angeles on Sept. 30. (Then he’s off to New Zealand and Australia.) Many of the dates on his Anthems Tour have been sold out, but if tickets remain for any show near you then don’t hesitate and go go go. The Anthems Tour is designed to be an end-to-end crowdpleaser, and it succeeds wildly. Our dashing hero is in fit form, both vocally and sartorially, and he does not disappoint. (Oh and arrive early to see his amazing opening act Glam Skanks. Read our Parklife DC review of Glam Skanks in Baltimore.) This show is hot!

Here are some pictures of Adam Ant performing at Baltimore Soundstage in Baltimore, Maryland, on Sept. 19, 2017. 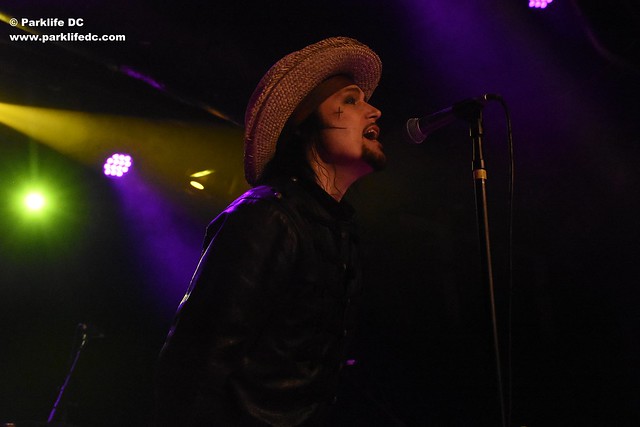 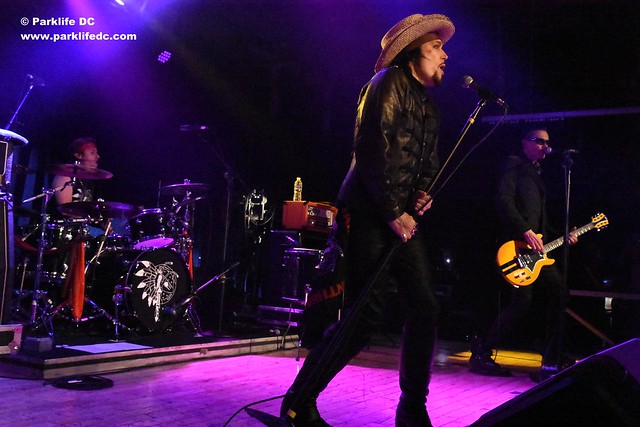 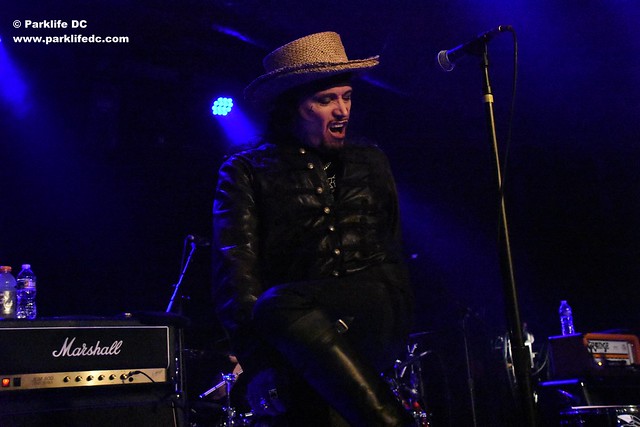 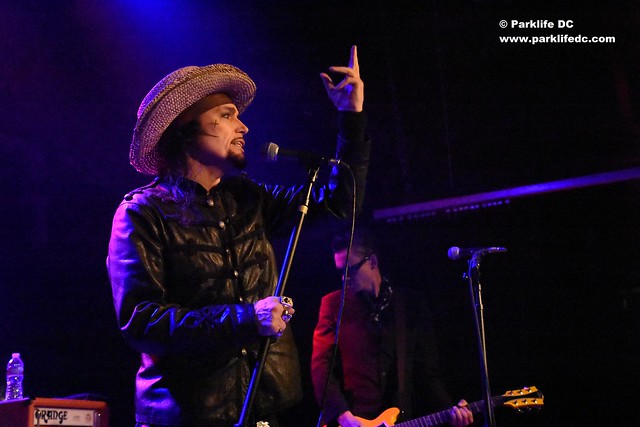 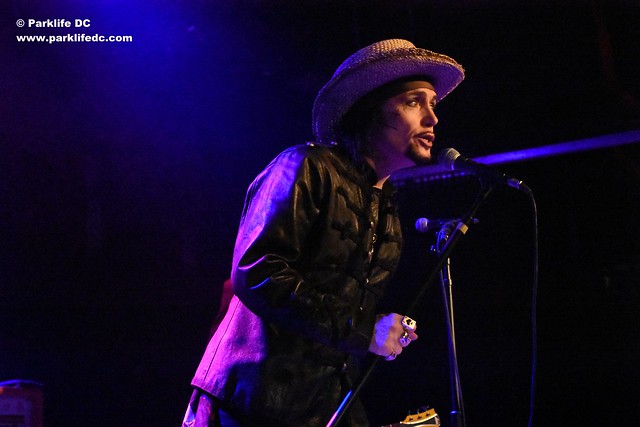 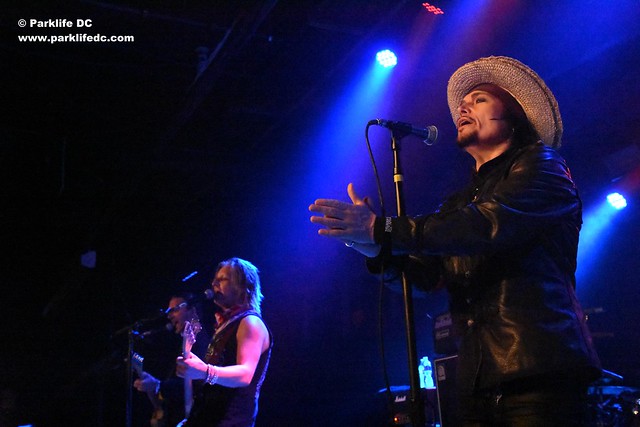 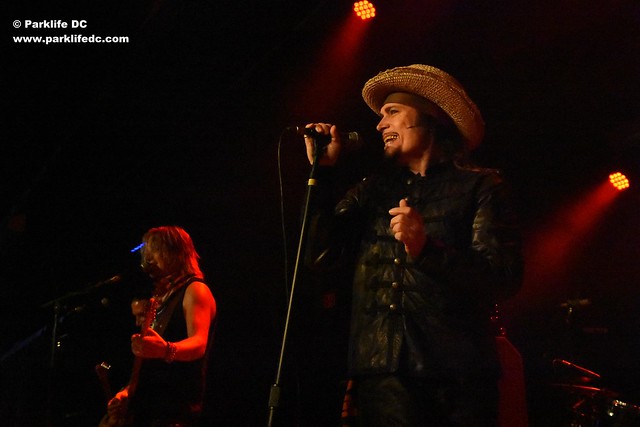 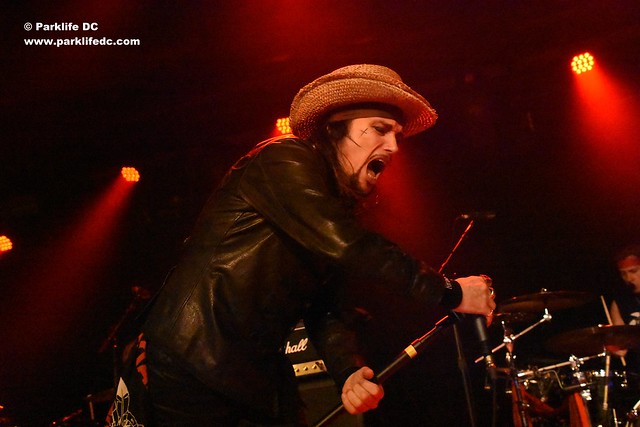