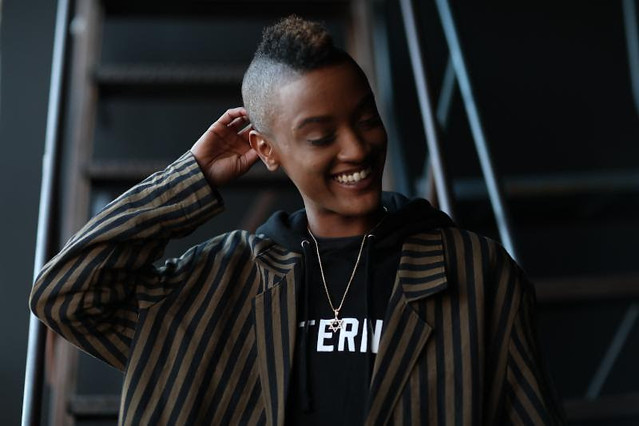 Syd, frontwoman and producer for The Internet, released Fin, her debut solo album, on Columbia Records in February. She’s embarked on her own Always Never Home Tour, which stops at The Fillmore Silver Spring on Tuesday, Oct. 10.

In January, Syd, born Sydney Bennett, released “All About Me,” the first single from her album. The song was produced by The Internet bandmate Steve Lacy. The song made waves globally, when it was added to BBC Radio 1 as “Hottest Record in the World” and to Australia’s lauded Triple J station upon its release. Fader hailed it one of the “13 Songs You Need In Your Life This Week” upon its release.

Watch the official music video for “All About Me” by Syd on YouTube:

“Fin can claim niece-hood to a sound 15 years its elder. The frenetic break beats and synth-infused strings of ‘Know’ tip their hat to Timbaland’s groundbreaking dance/R&B productions in the late ’90s and early 2000s, as do Syd’s hazy, whispery vocals and flirty tone — clear salutes to Aaliyah. She shares the late singer’s ability to be seductive without being overly graphic,” said Tirhakah Love in a review for MTV.