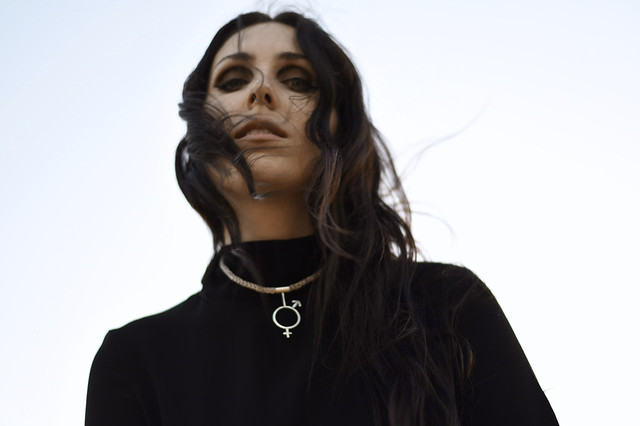 Chelsea Wolfe released Hiss Spun, her latest album, on Sept. 22 via Sargent House. She’s on tour to support the record with a show at Baltimore Soundstage on Saturday, Oct. 14.

With this sixth album, Chelsea Wolfe adopts American writer Henry Miller’s quest to become empowered by embracing the mess of the self, to control the tumult of the soul in hopes of reigning in the chaos of the world around us.

As Mr. Miller said: “What I want is to open up. I want to know what’s inside me. I want everybody to open up. I’m like an imbecile with a can opener in his hand, wondering where to begin — to open up the earth. I know that underneath the mess everything is marvelous. I’m sure of it.”

Said Chelsea, “I wanted to write some sort of escapist music; songs that were just about being in your body, and getting free. You’re just bombarded with constant bad news, people getting fucked over and killed for shitty reasons or for no reason at all, and it seems like the world has been in tears for months, and then you remember it’s been fucked for a long time, it’s been fucked since the beginning. It’s overwhelming and I have to write about it.”

Watch the official music video for “16 Psyche” by Chelsea Wolfe on YouTube:

“The album is cyclical, like me and my moods,” Chelsea said of Hiss Spun. “Cycles, obsession, spinning, centrifugal force — all with gut feelings as the center of the self.”

“I’m at odds with myself… I got tired of trying to disappear. The record became very personal in that way,” she added. “I wanted to open up more, but also create my own reality.”