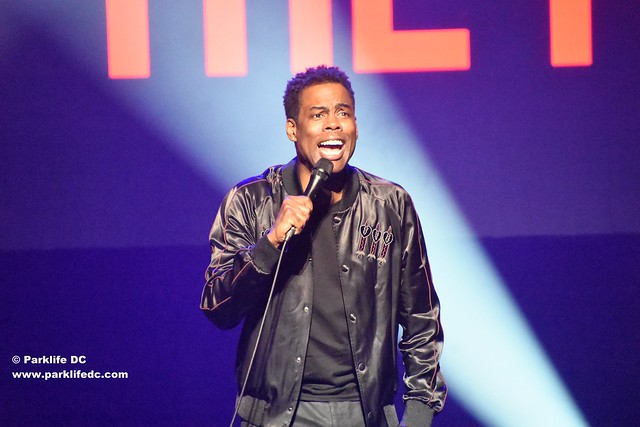 Sometimes you sing lead vocals in a band, and sometimes you simply play tambourine. At least, that’s how relationships and marriages are when you do them right, said Chris Rock in his analysis at MGM National Harbor last week.

Chris Rock spent a lot of time analyzing relationships in his new material for his Total Blackout Tour. I’m not going to try to share any of the really good jokes by Chris Rock, who rolled through DC for four nights at The Theater at MGM National Harbor starting on Wednesday, Oct. 18, mostly because I couldn’t do any of them justice.

But I will say a lot of his stand-up routine dealt with his failed marriage and his efforts to take responsibility for it. And his material there was often hilarious and occasionally poignant. There was quite a lot of what you would expect from a Chris Rock routine — a call for example for equality among the races by having an equal amount of police shootings of innocent white children to innocent black children. (It was funnier than it sounds, trust me.) But the best parts of Chris’ latest routine were the parts that were unexpected as he dove into his divorce and his relationship with his kids.

Where the divorce is concerned, Chris Rock humorously observed that everyone in the courtroom for those proceedings was there to get money from him, including his ex-wife, her lawyers, and his own lawyers. It was at his moment that he realized he had truly “made it,” he joked.

In discussing his life now, Chris shared an ill-fated attempt to approach Rihanna as a single man only to be regarded on a level as the young starlet’s aunt and not a card-carrying member of the male sex. Later, Chris confessed to being on Tinder under his own name, to the surprise of his friends. “But I am Chris Rock!” he proclaimed “What am I supposed to do?” he asked the audience, “Pretend to be Cedric the Entertainer?”

Chris Rock resumes his tour Thursday, Oct. 26, in Oakland, California, for four nights, and he will be traveling around the United States through December prior to touring the United Kingdom. You will laugh until you cry at Chris’ show. His comedic timing is sharp and his utter irreverence, while sometimes worthy of a groan, always comes around to some bigger observation about society that will leave you in stitches. As Chris noted after losing money in his divorce settlement, he can simply tour to make more — and we’ll gladly pay it.

He has indeed “made it.” Here are some pictures of Chris Rock performing at MGM National Harbor outside Washington, DC, on Wednesday, Oct. 18, 2017. 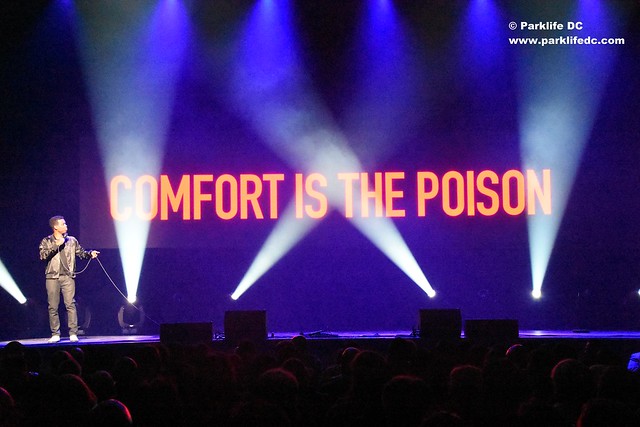 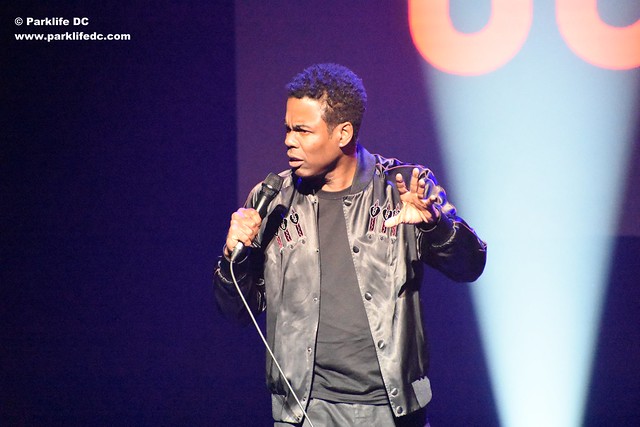 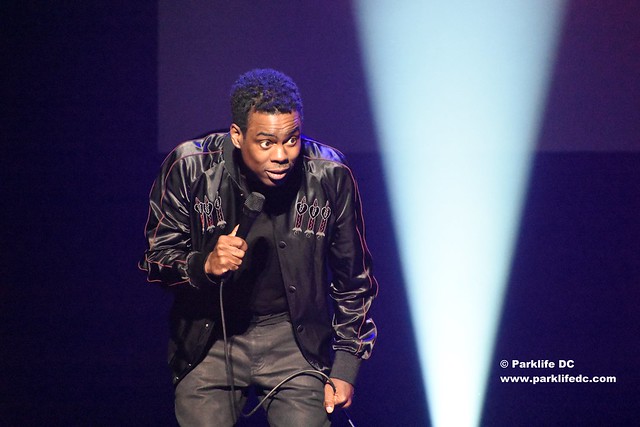 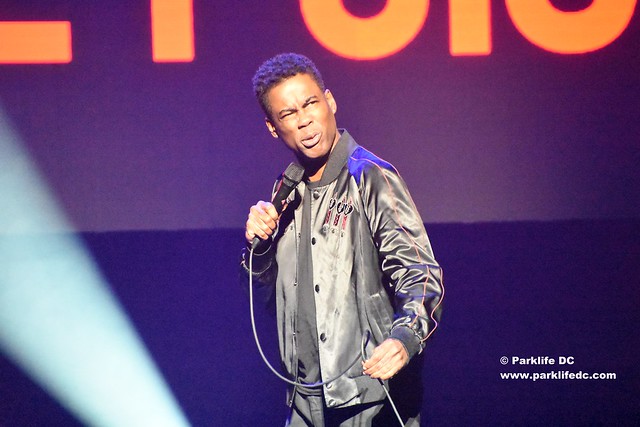 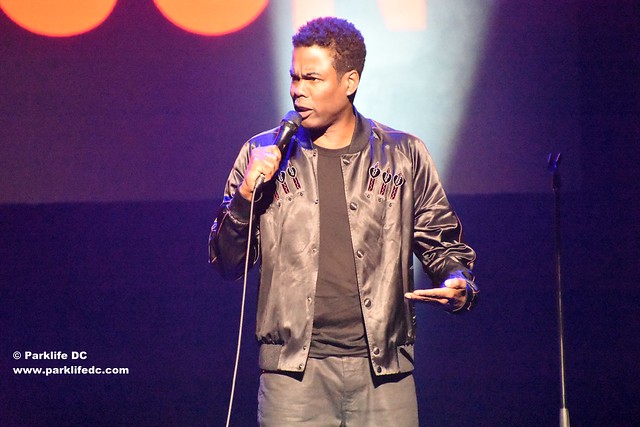 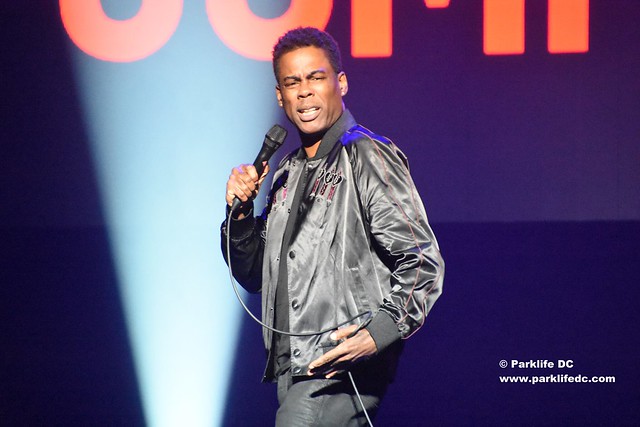 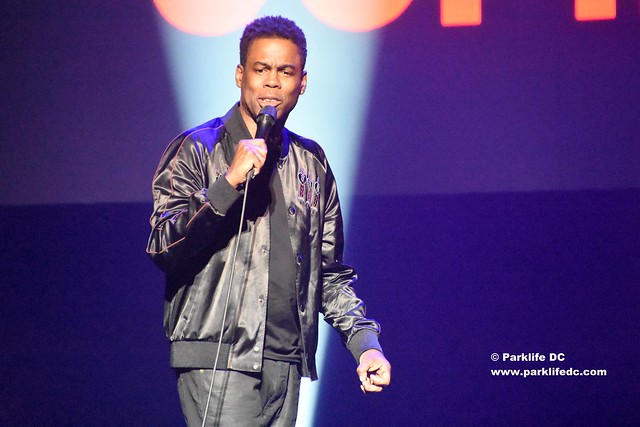 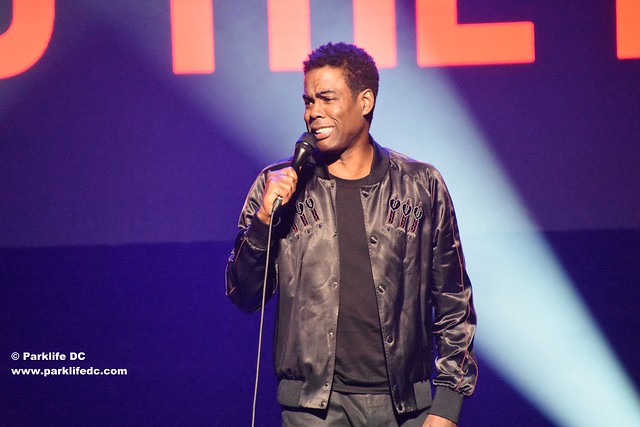 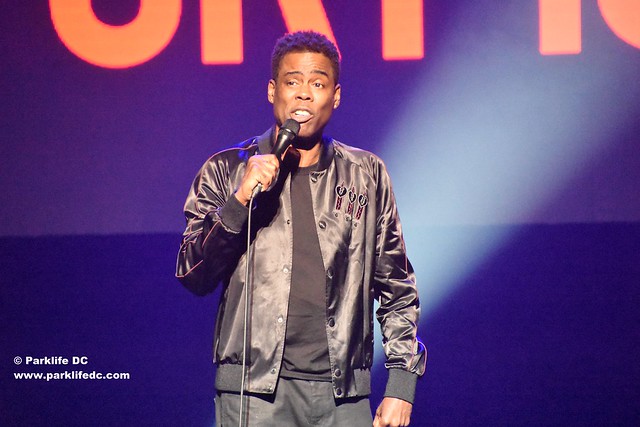 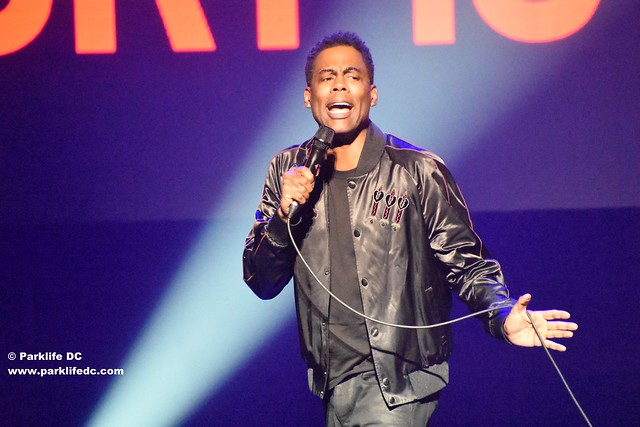 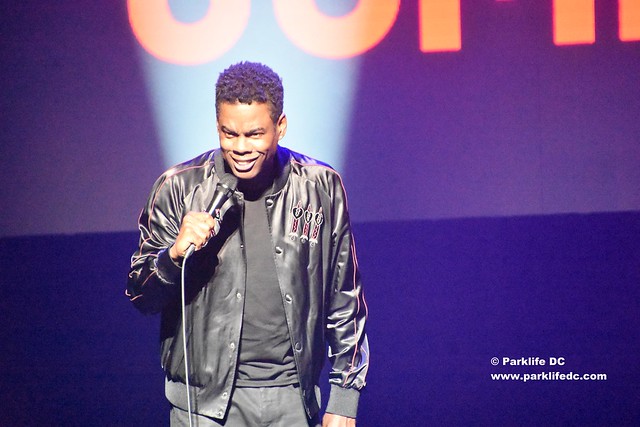