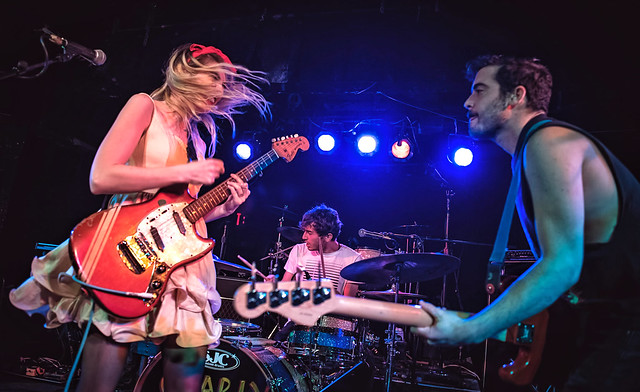 Charly Bliss brings boatloads of energy to the Black Cat on Oct. 22, 2017. (Photo by David LaMason)

In this latter category, you will find the manic, organized chaos of New York-based band Charly Bliss. And on Sunday night, whether the squeals of guitarist and frontwoman Eva Hendricks were of pure energy or pure joy — that feeling was palpable!

A fair amount has already been written of Charly Bliss’ brand of pop punk. It’s reminiscent of mid-’90s alternative bands such as That Dog and the oft-compared Veruca Salt. And there is definitely a songcraft present in the band’s recently released (and first) full-length LP Guppy that lends itself to those hook-driven pop nuggets. But the songs themselves tackle heavy topics in lyrics that describe betrayal, anxiety, and heartbreak that transcends the genre.

At Black Cat, Eva, Spencer Fox (vocals/guitar), Sam Hendricks (drums), and Dan Shure (bass) took the stage and immediately jumped into “Percolator,” the first track on the new album. Their energy was immediately infectious as the band traded moves — even playing off each other quite literally with Eva playing back-to-back with Spencer and face-to-face with Dan.

When the band stopped for a breath, Eva introduced the third song in the set. “This song is a love song about my therapist. It’s called ‘Ruby.'”  Eva Hendricks pointed into the crowd, and said, “There he is! I love you, Alex.” 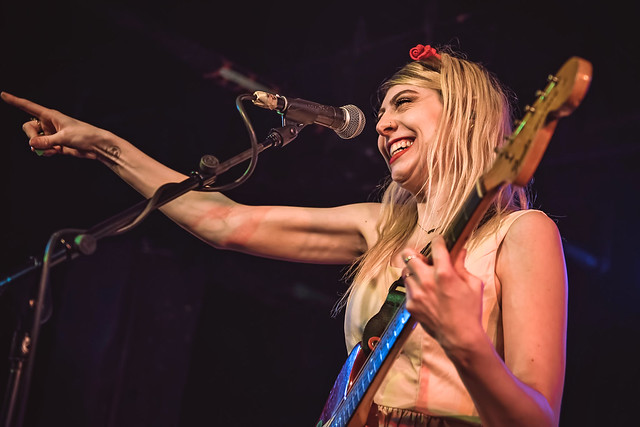 “Part of what’s coming to DC that is so amazing is the Black Cat. This is, like, our fifth time playing here,” Eva said to the sold-out room. And it was clear that for many in the audience, this was not the first time they had experienced this tireless group. 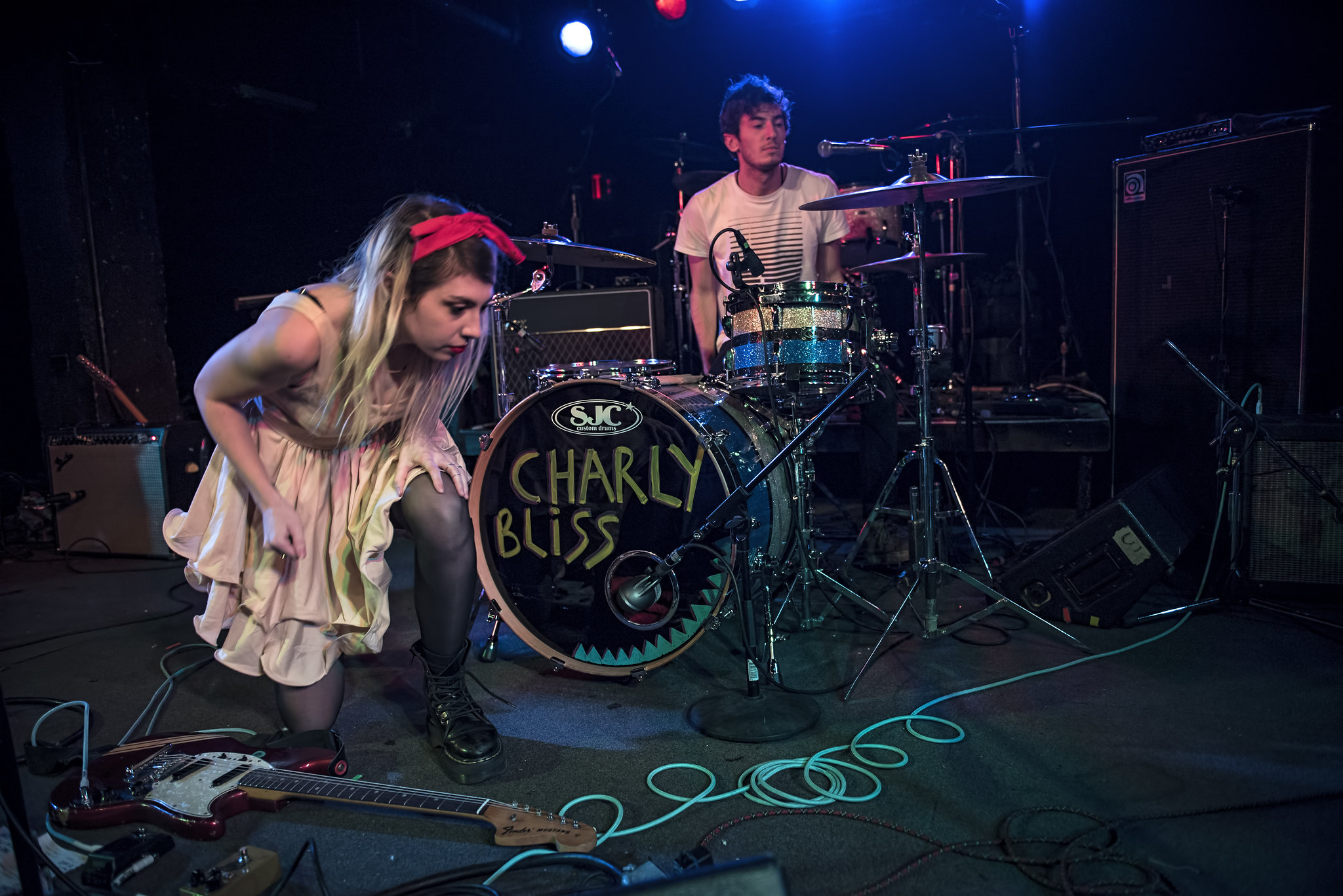 Mid-set, Eva told the crowd, “We put out a video for this next song a week ago,” before launching into “Scare U.”

Watch the official music video for “Scare U” by Charly Bliss on YouTube:

With their second to last song of the night, Charly Bliss brought out the ultra-catchy “Glitter,” with the refrain “Am I the best? Or just the first person to say yes?” And while the band started to play their last song of the night, Eva put down her red Fender Mustang to belt out, “I wish I could drop you in one place / Cut you down to size and watch you try to run away” — the opening lines to “Love Me,” which culminated in the guitarists running into each other and falling to the stage.

Charly Bliss are currently on tour with Wolf Parade, for whom they opened Sunday. Definitely check them out here.

Here are some pictures of Charly Bliss performing at the Black Cat on Sunday, Oct. 22, 2017. All photos copyright and courtesy of David LaMason. 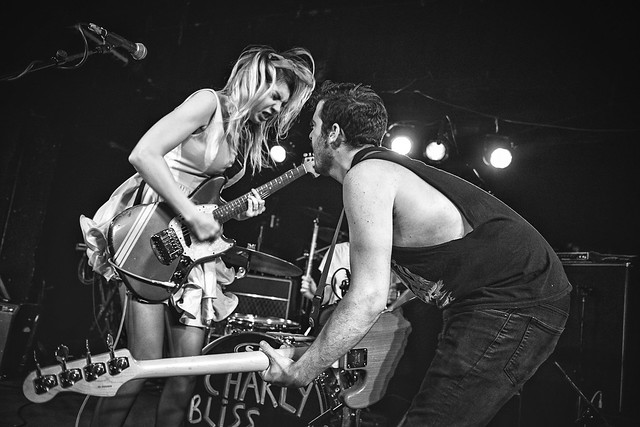 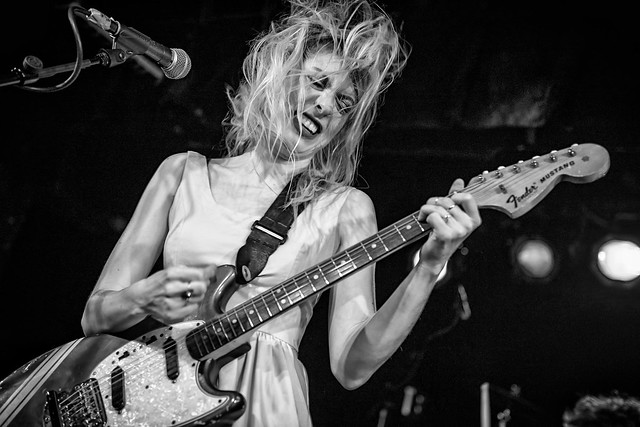 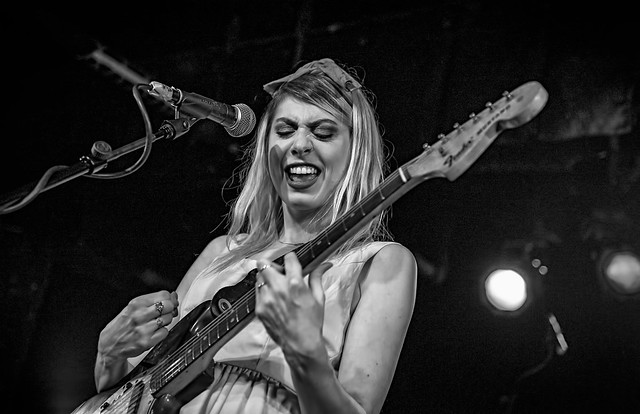 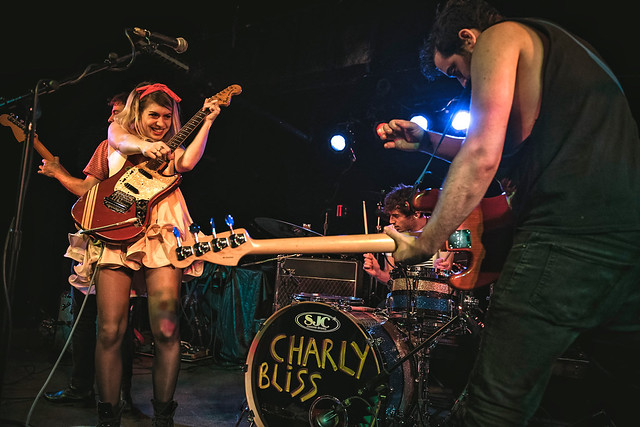 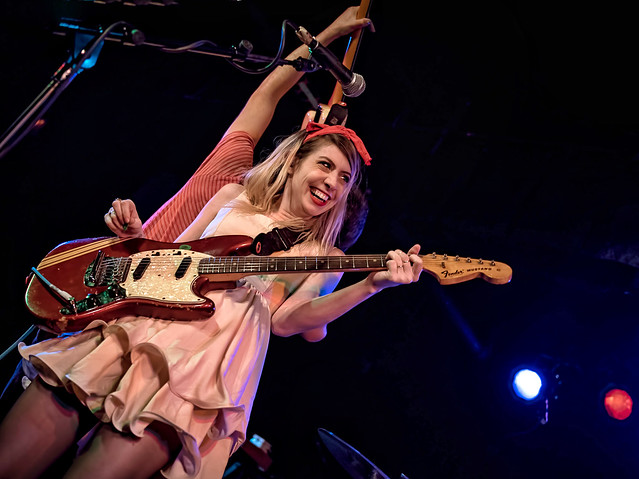 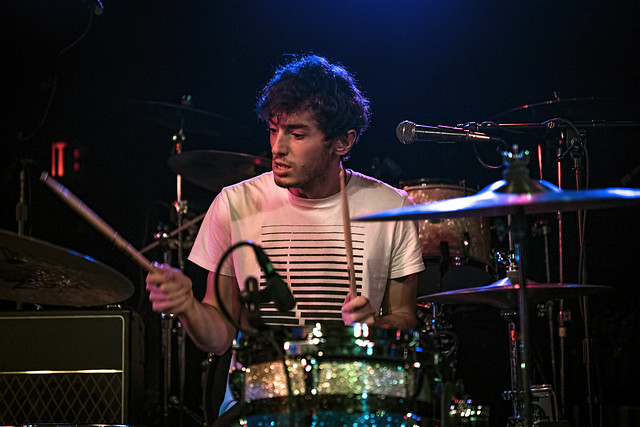 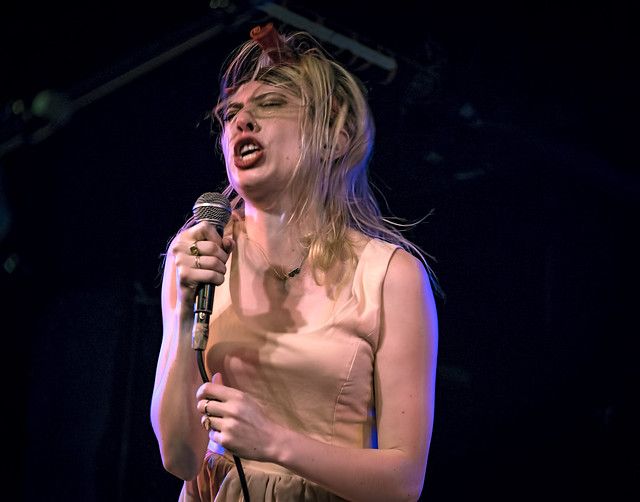 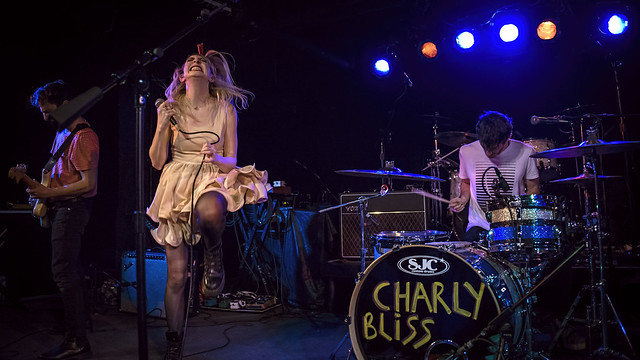 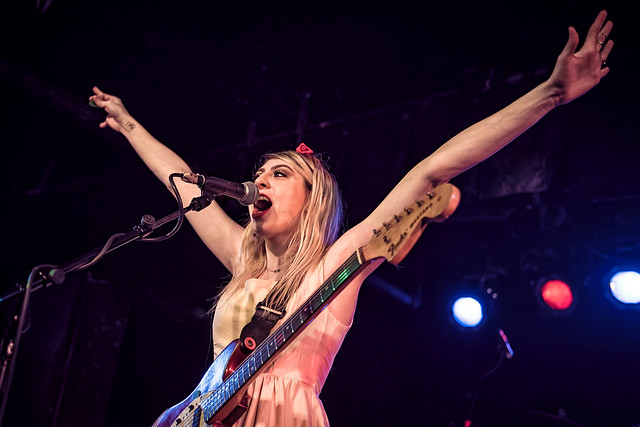 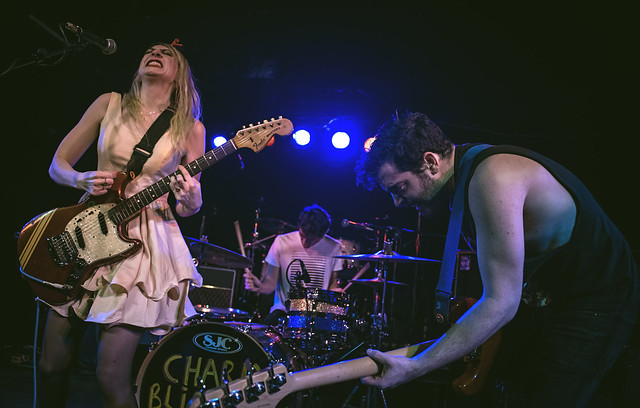 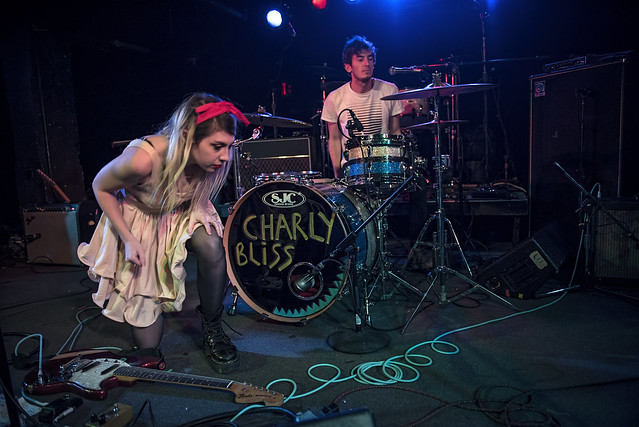 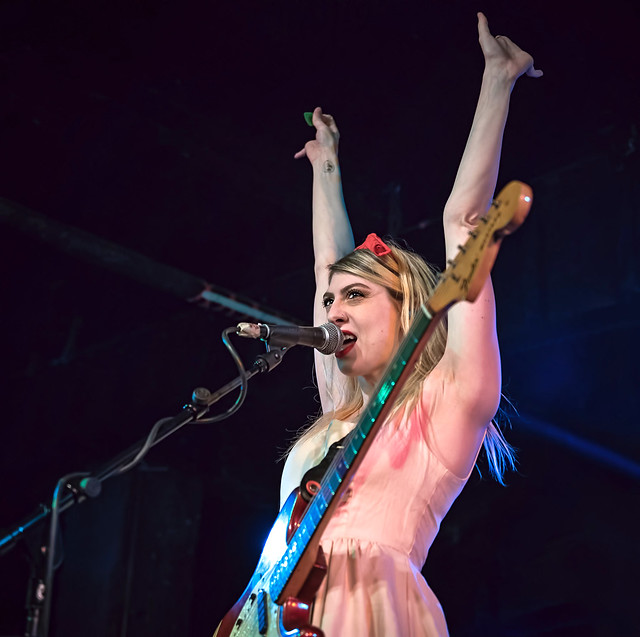 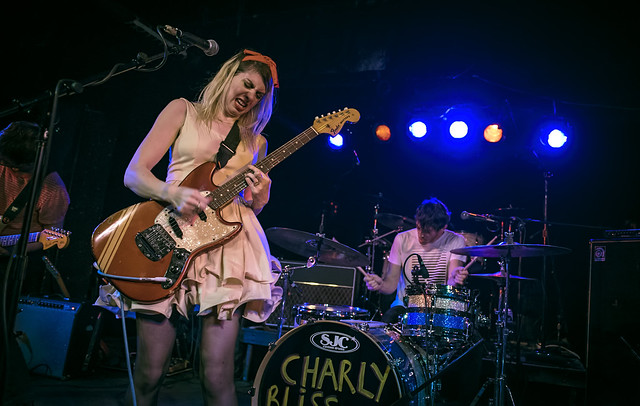 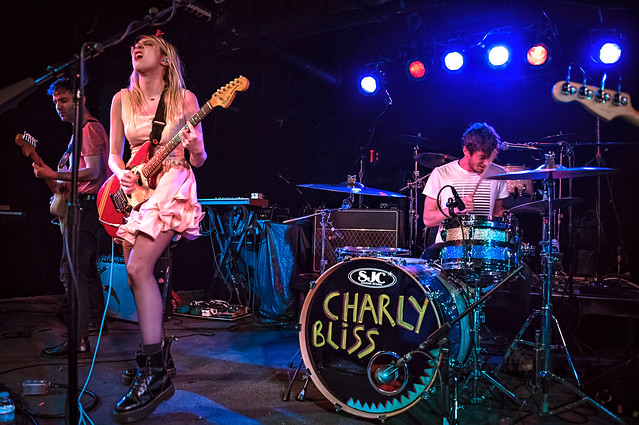 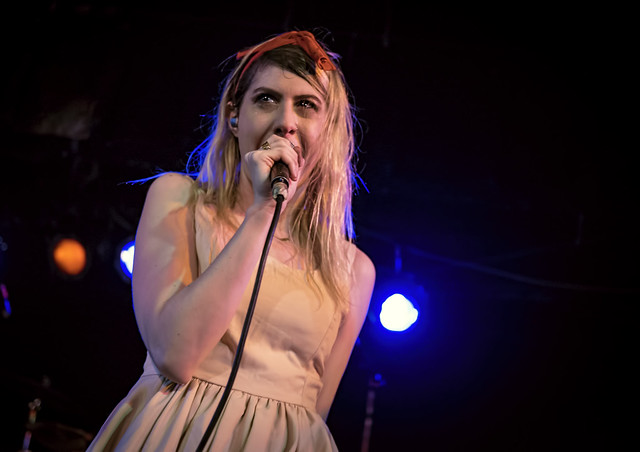 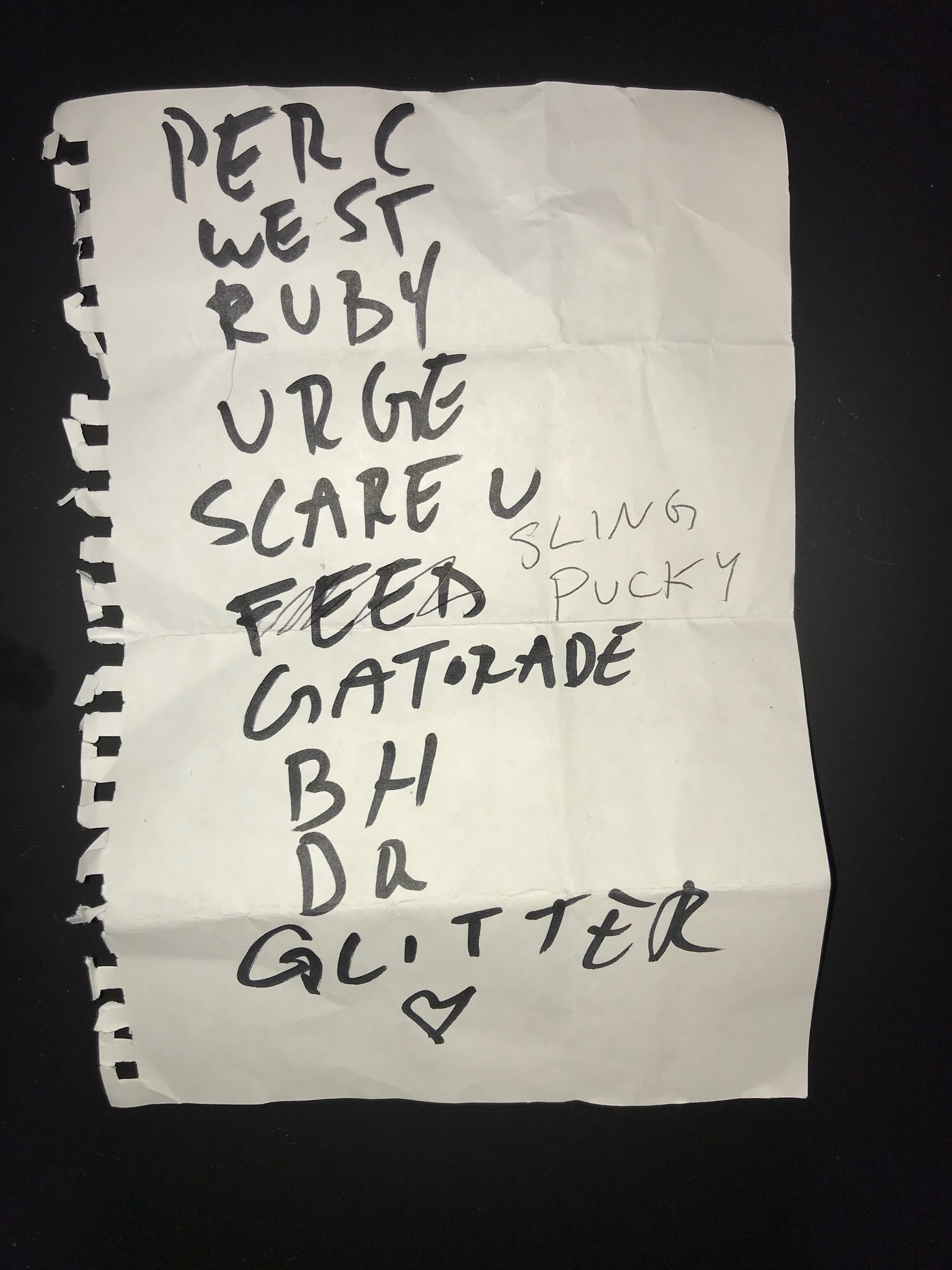