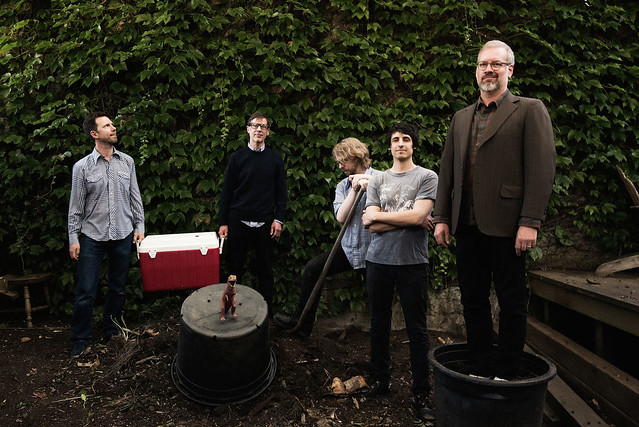 Eyelids, consisting of members of The Decemberists, Guided by Voices, and Elliot Smith Band, released Or, their second full-length album, in May via Jealous Butcher Records and Schizophonic Records. The power pop quintet is touring with a show at Black Cat on Sunday, Nov. 19.

Based in Portland, Oregon, this intense, prolific, and terrific band was founded by John Moen and Chris Slusarenko, who worked together with Robert Pollard (Guided by Voices), Stephen Malkmus (Pavement/Jicks), Colin Meloy (The Decemberists), and Elliott Smith before finally deciding to form their own band.

Or, the second album, earned critical praise upon its release with Mojo Magazine giving it four stars, calling it “A raggedy triple-guitar scoop a la Teenage Fanclub jamming with The Zombies.”

Watch the official music video for “Camelot” by Eyelids on YouTube:

For their second album, Eyelids teamed up with producer Peter Buck of REM and mixer Thom Monahan. The results are a record full of catchy hooks and emotional lyrics.