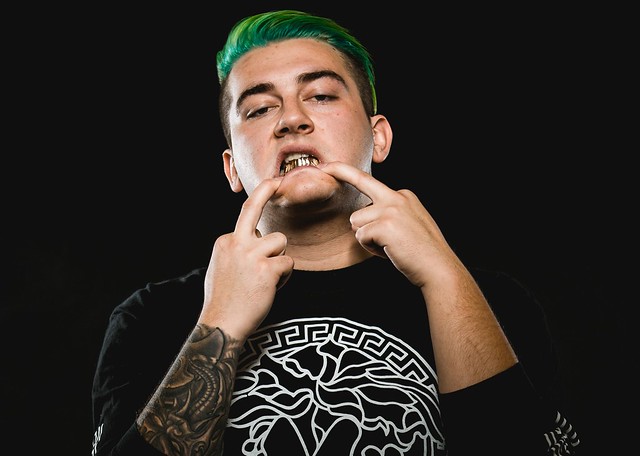 Suh Dudes! We welcomed the California-based disc jockey Tanner Petulla, better known as Getter, in the house to deliver a mesmerizing performance at Echostage on Halloween. The crowd was ready for a festive night as everyone was dressed in their spookiest and scantiest costumes as Getter was ready to take stage. Echostage was filled with anticipation for the performance and ready for takeoff.

Getter has been hard at work further establishing his brand. He has made his career off of maintaining his trendsetter attitude. He is consistently full of surprises and on this night he would start the night off with “????”‘s all around as he would implement a new rule for his show tonight as he would not allow anyone who wore kandi or any merchandise from another EDM artist, Bassnectar, into the venue leaving several guests were left out side only to wonder “suh dude.”

Inside however, the madness would begin to flourish as Tanner sent the room into a frenzy of swaying knecks. The trap style emerged through the airwaves and the arms went up to the rhythm. Mosh pits were popping up sporadically, as fans delightfully flew into each other exerting their energy to the beat. The beats were infecting everyone in it’s path, inspiring several breakdance/backflip attempts as Getter played some of his most notable hits and really let loose.

Check out “Inhalant Abuse (VIP)” the latest single by Getter here on Soundcloud:

In March, Getter started his own label, Shred Collective, and “Inhalant Abuse” was the first single released by it.

Overall, Getter was an amazing performance and his style on and off the stage really shine and help shape him as the act that we have come to respect as more than an internet meme. His fingerprints are all over the EDM world and he’s just getting going!

See you on the dancefloor!