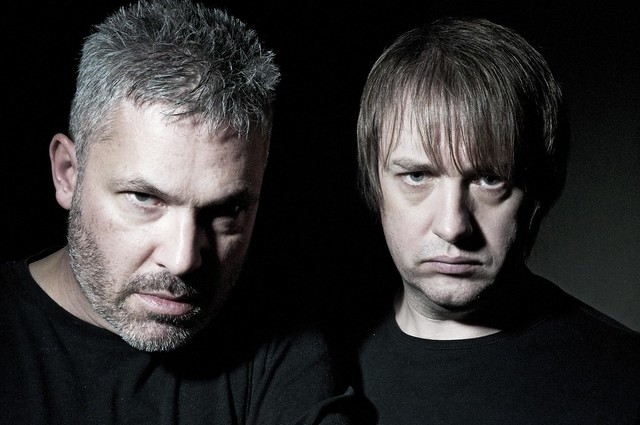 Touring with other industrial acts like Front 242, Gary Numan, The Sisters of Mercy, and Front Line Assembly, Cubanate crossed into the mainstream. The band signed to the seminal Wax Trax! Label, but eventually their work would fall out of print when their European label Dynamica closed in 2000.

Listen to Brutalism by Cubanate on Bandcamp:

Marc Heal (vocals) and Phil Barry (guitar) formed Cubanate as a quartet in 1992, fusing techno and grunge rock. From 1993-1997, the band released a collective total of five full-length and extended play albums. Cubanate broke up in 2000 but reformed for Cold Waves Festival in Chicago in September 2016.

Of the tracks on Brutalism, Marc said: “Listening back to these old tracks and hearing them remastered, I’m pleased and surprised how fresh they sound. We had so little time to record them, it was all done on the fly. These days, with EDM now big corporate business, it’s easy to forget how wild and anarchic that early techno scene was. Anything went. One thing to remember was that it was only 10 or 12 years after punk. If you had been a 16-year-old punk in 1978, you were still barely in your late 20s when all these mad raves were happening so a lot of people who were a bit older in the scene were people who had been punks and still carried that spirit.”

“The nature of being experimental is that sometimes experiments don’t work. On Brutalism, you get the moments where it all seemed to come together,” Marc added.

See it all come together yourself tonight. Buy your tickets online or at the door.