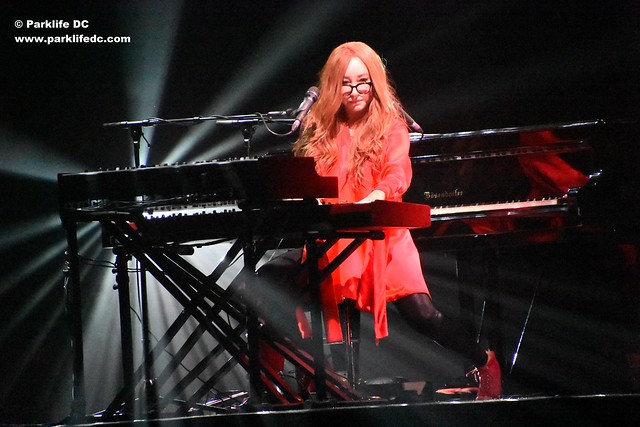 Tori Amos stares into your soul at MGM National Harbor on Nov. 3, 2017.

Tori Amos shined brightly as a chic, otherworldly presence seated at her pianos at MGM National Harbor on Friday, Nov. 3.

The singer/songwriter dropped by the casino complex on the hometown stop of her Native Invader Tour to provide us relief from the Fake Muse Network! All will be explained momentarily.

Tori started her show with an impassioned performance of “i i e e e” from Choirgirl Hotel. Although Tori was seated the entire time, she occasionally emoted her music through her hands in a way that made her seem to move across the stage, adding an illusion of movement as if she were dancing before a microphone stand. After her first number, she immediately demonstrated the power of her twin piano set-up by turning to her larger rig for “Bliss” from To Venus and Back. Seated comfortably between two opposing pianos, Tori swiveled easily from one to the other as necessary.

In so doing, the Maryland native, who long ago relocated overseas, delivered a show full of audience favorites, giving little regard to the fact that she was touring in support of her new album, Native Invader, released in September via Decca Records. Over 16 songs, Tori played only two from her latest record — “Reindeer King” and “Russia.”

MGM National Harbor erupted in a roar when Tori soon played “Yes, Anastasia” from Under the Pink, her 1994 second album. She launched into the song with virtuoso fervor and then her sweet voice echoed across the theater with a haunting lilt. She punctuated each line of voice with a rapid surge of piano keys.

As the concert approached its midpoint, Tori offered some sly criticism of modern politics and the White House by introducing her “Fake Muse Network.” Cleverly, it was an opportunity not just for her to take a shot at Fox News but also to perform a couple of cover songs by artists she admires. Apparently, Tori switches up these covers from concert to concert, truly surprising the audience with what she will cover next.

At MGM National Harbor on Friday, Tori covered “Imagine” by John Lennon and “A Case of You” by Joni Mitchell. Her ode to John Lennon was humble and hushed, and the very full house eagerly listened to every careful note with equal respect.

At the end of the main set, however, the crowd roared its approval again for “Blood Roses” from Boys for Pele, her acclaimed third album. The spare, powerful song appears to recall a doomed relationship. Tori lulled her ecstatic audience into silence with her rolling verses but then excited them into yelps with a whirlwind chorus that picks up the tempo with an emphatic shriek. A jolt shot from her lips through the room as giddy admirers whooped their approval.

Throughout her show, Tori remained composed and focused, but she also looked quite stylish, particularly in fancy red heels that seemed to alight her magnificently famous red hair. Chic and otherworldly, indeed!

Tori continues her US tour through Dec. 3, when she closes out in Los Angeles on the third of three dates at the Ace Hotel there. Catch her as early as tomorrow, Nov. 10, in Atlanta. You’ll lose yourself in giddy delight as you witness a powerful performance from one of the three reigning music goddesses of the ‘90s, according to Amanda Palmer, who ranked Tori alongside Ani DiFranco and Bjork during a show by the Dresden Dolls at 9:30 Club on Halloween.

Here are some pictures of Tori Amos performing at MGM National Harbor on Nov. 3, 2017. 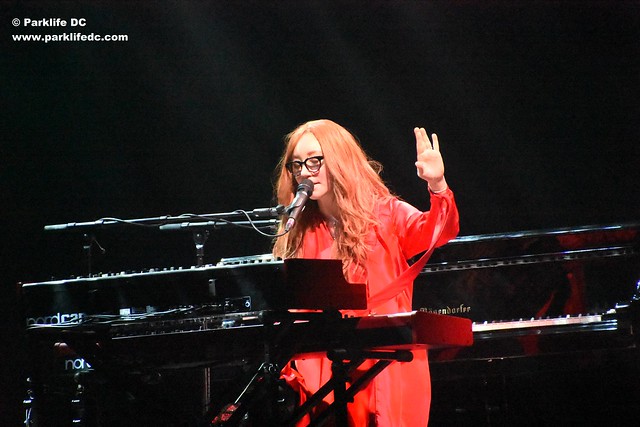 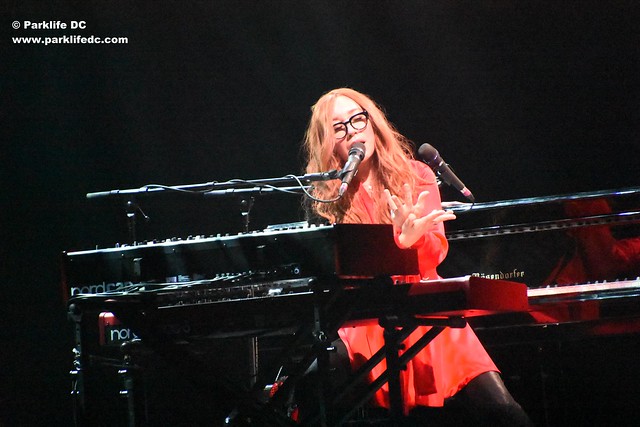 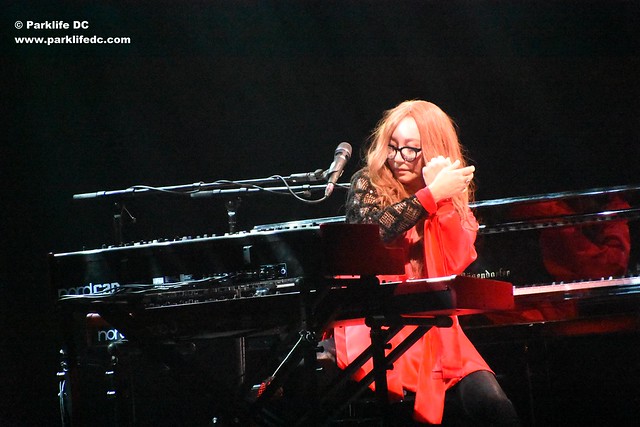 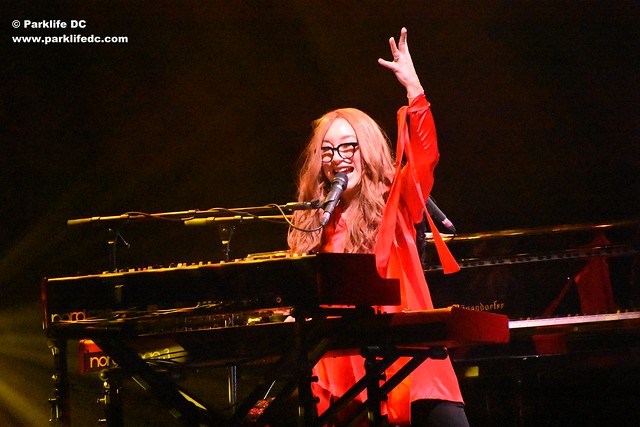 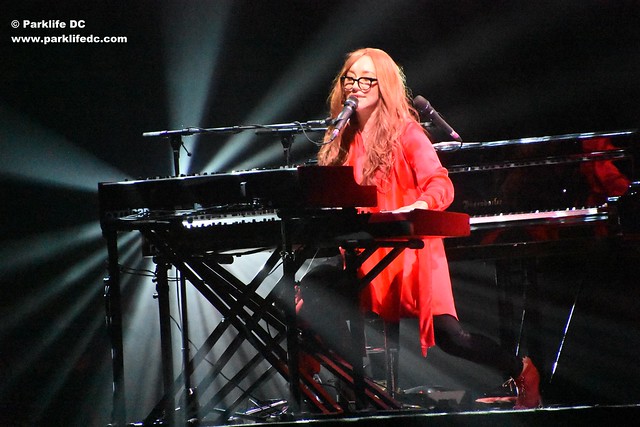 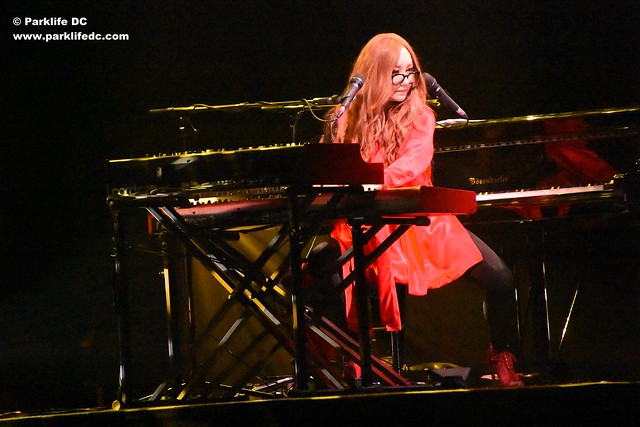 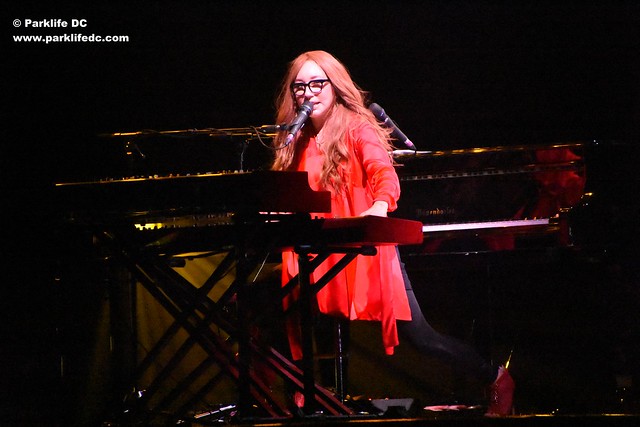 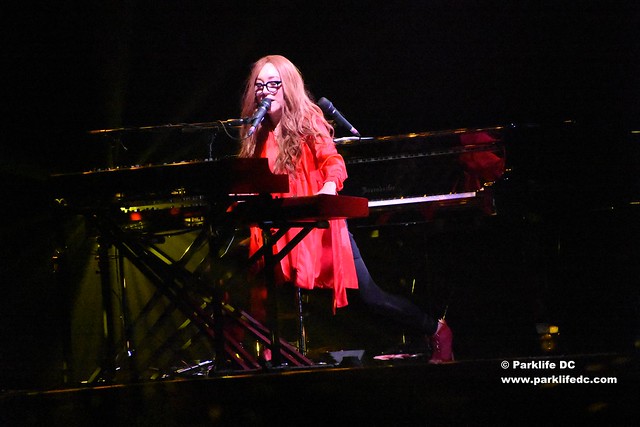 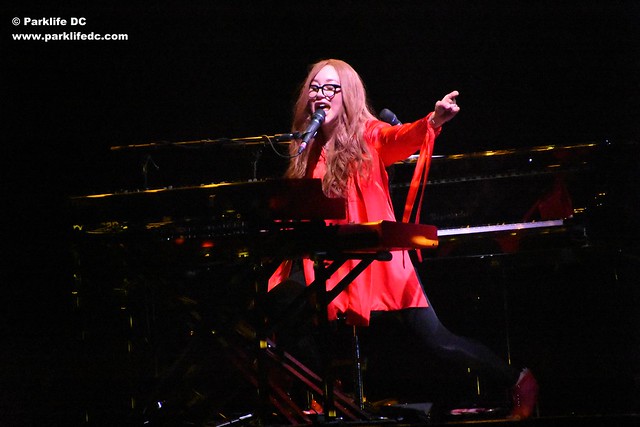 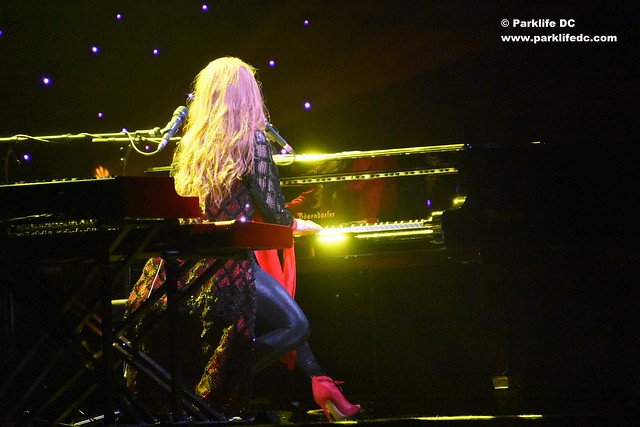 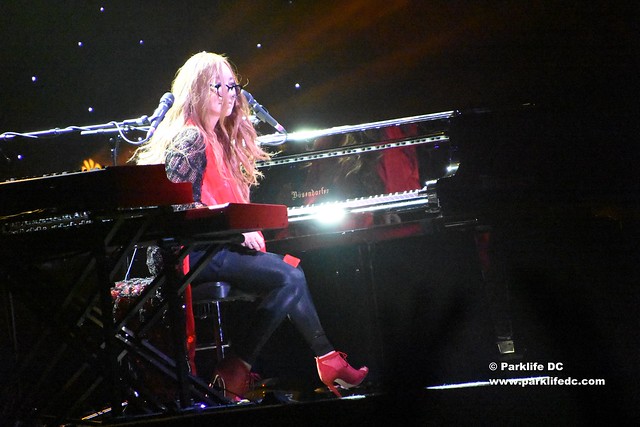