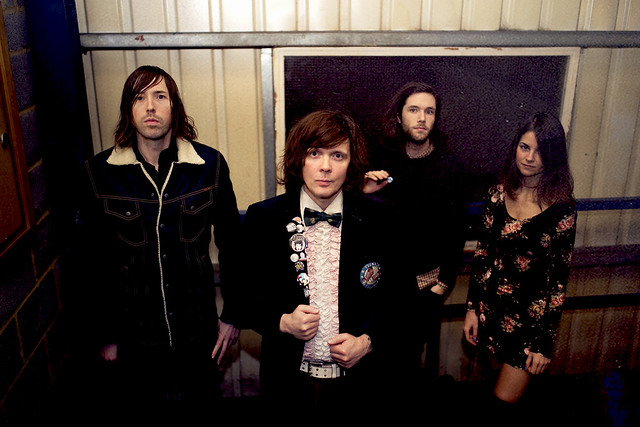 Last year, Beach Slang released A Loud Bash of Teenage Feelings, their second full-length album, and followed that up with I Made This for You, Vol. 2, their second covers mixtape, in February. Over that time, frontman James Alex and his new fashion punk bandmates toured incessantly, and they stage a return to Black Cat on Tuesday, Nov. 28, on their Drunk or Lust Tour 2017.

James formed Beach Slang in 2013 with bassist Ed McNulty but recently retooled the band with the additions of guitarist Aurore Ounjian and drummer Cully Symington.

In a glowing review of Beach Slang’s second album for Spin, Zoe Camp wrote, “With their combination of jagged hooks and pointed tales of reckless abandon, it’s hardly surprising that many cite the band as the spiritual descendants of the almighty Replacements. The sonic similarities between the two bands are obvious, but their true connection lays in the idea outlined above: a shared commitment to the sacrifice of the individual for the good of the collective, art largely shaped by audience. This commitment is especially intrinsic to A Loud Bash of Teenage Feelings, the band’s second LP.”

Sound like an audience you should join! Buy your tickets online.