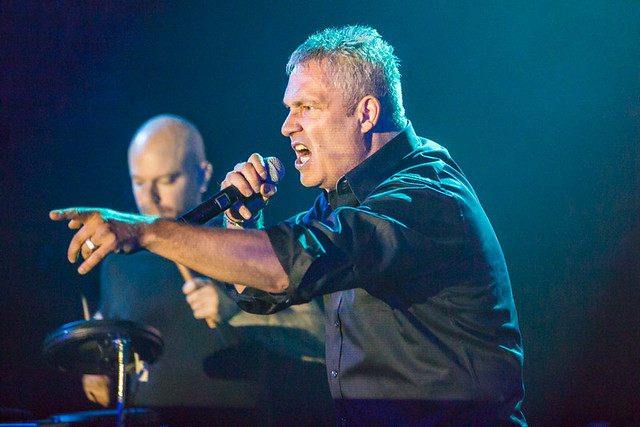 Cubanate perform at the State Theatre in Falls Church, Virginia, on Nov. 7, 2017. (Photo by Paivi)

Prior to the show, Parklife DC caught up with Marc to ask him about the return of Cubanate and his observations on what’s happening on the industrial music scene today.

Paivi Salonen: Why did you come out of hibernation for Cold Waves 2016? Lots of people thought they would never be able to see Cubanate live before that experience!

Marc Heal: Just that was when the planets aligned correctly. We’d been thinking about putting out a compilation for some time previously and we thought about a reunion but it was tough. We were on different sides of the world—Phil in UK, me in Singapore. But Cold Waves is a bit special and we knew Jamie and Jason from back in the day, so I always thought if we were ever going to re-assemble it was going to be for that show.

PS: How was Cold Waves for you? Do you generally have a preference between festivals like Cold Waves or touring like you are now?

MH: It was a great buzz. Not only to play again but also to see so many people we’d not seen for 18 years or so. Chicago was always a bit of a base for us anyway.

Both tours and festivals are fine. I used to prefer playing to our own crowd but now I like the festivals. You can hang out with more people and I quite like being gently competitive, to see who steals the show.

Anyway, this is a very short leg with FLA and RevCo. I don’t know if we’ve got the stamina yet.

PS: It was exciting to hear your remastered stuff released earlier this year. Any plans for new music?

MH: Yes, we’re going to try to record new material whilst we are together in-between shows this time. It’s tough trying to send song ideas back and forth when you are so far apart. For now, it’s been fine playing the old stuff to support the Brutalism compilation. Since we’ve not played in nearly two decades, I hardly feel we’ve overexposed that material and it still sounds good to me.

So, yes. We would like a crack at new stuff but we’re fairly relaxed. We won’t release it unless it’s good and I have no idea how it will sound.

Listen to Brutalism by Cubanate on Bandcamp:

PS: It’s surprising and great that every old skool industrial group seems to be touring the United States—groups like Ministry, Front 242, Front Line Assembly, Revolting Cocks, KMFDM, Lords of Acid, and obviously Cubanate… why do you think everyone awoke from their slumber and hit the road at the same time?

MH: Partly because after 20 years, enough time has passed for an assessment and during the meantime a whole new audience has been influenced by those bands. That means it sounds fresh again. When you’ve been around long enough, you become a small part of “history” and things change. Being on Wax Trax, touring with [Gary] Numan back in the day, all that stuff, just seemed like putting one foot in front of the other at the time. But enough years pass and suddenly you see how it all fits in, both artistically and personally. When you are close to it, you don’t have perspective. Distance means you can assess with a cooler head.

Then again, partly too I think that a lot of old quarrels and gripes get buried after time goes by and as everyone grows up. That makes reunions possible that might not have been any earlier.

And partly because later on everyone needs the money and realises that their main project is what people want to come out and see.

PS: Have you heard any new bands that you are excited about?

MH: Right now in this scene, the girls have got it going on, it seems to us. Boy Harsher. Kanga. Industrial music has always been abrasive and that female gaze was lacking from the scene back in the day.

Cubanate have at least two more shows coming up – they are back to homebase in Chicago to support FLA and Revco at Metro on Friday, Nov. 17, and then they play with that lineup in New York City at the Gramercy Theatre on Saturday, Nov. 18. Make plans to see them while you can!

Here are some pictures of Cubanate performing at the State Theatre in Falls Church, Virginia, on Nov. 7, 2017. All photos copyright and courtesy of Paivi. 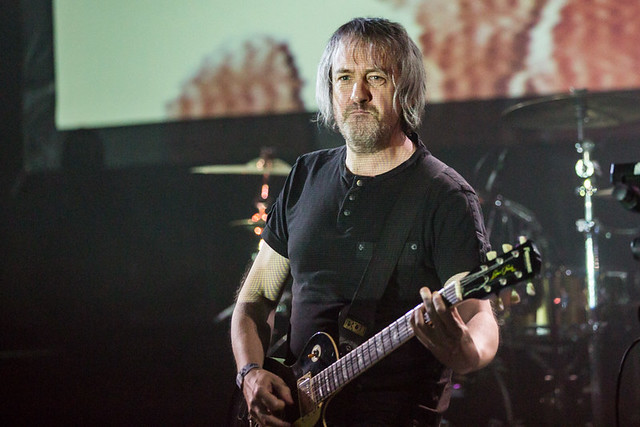 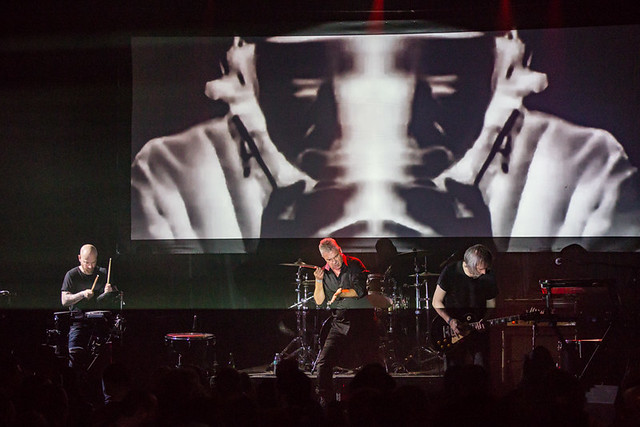 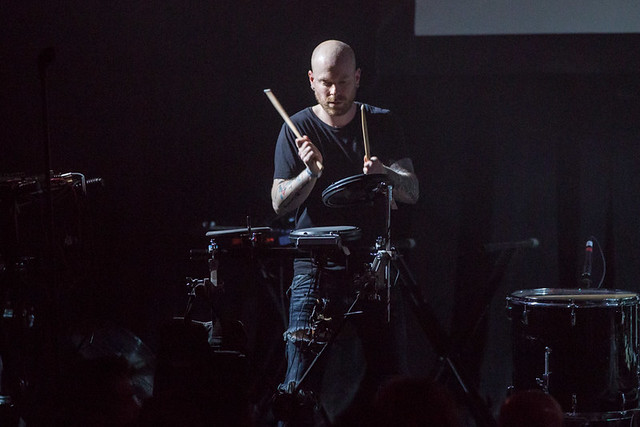 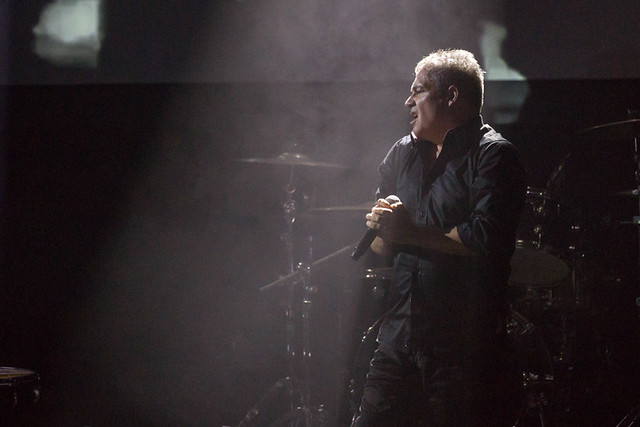 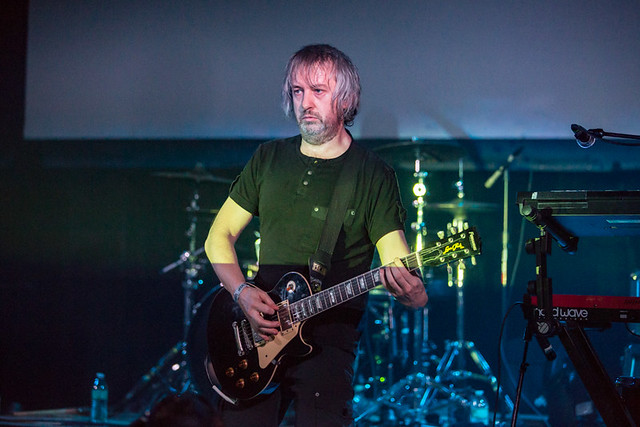 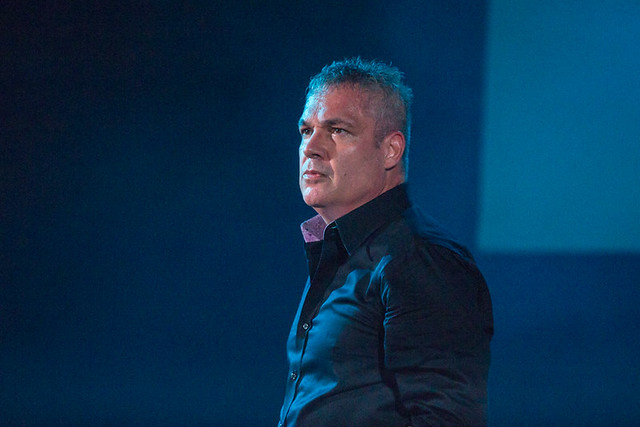 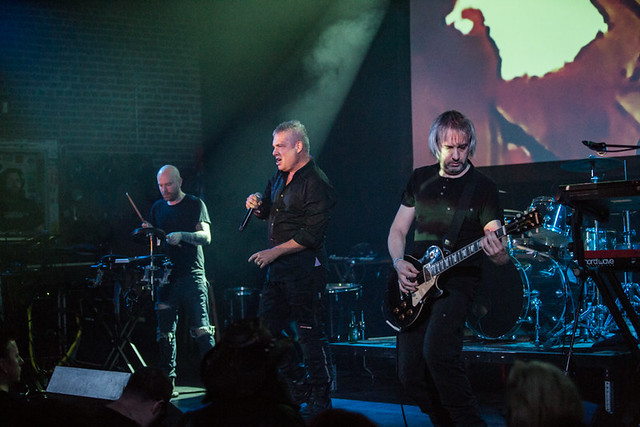 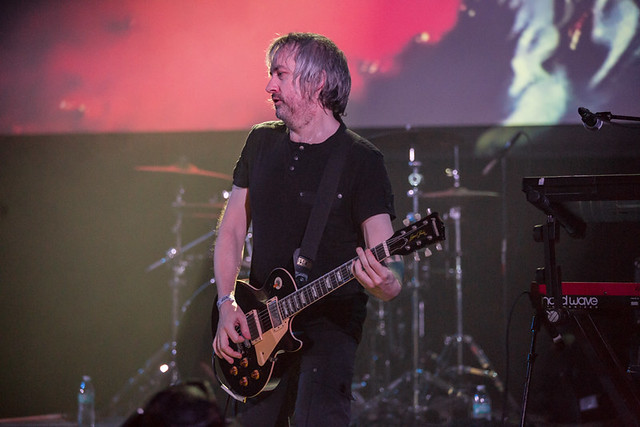 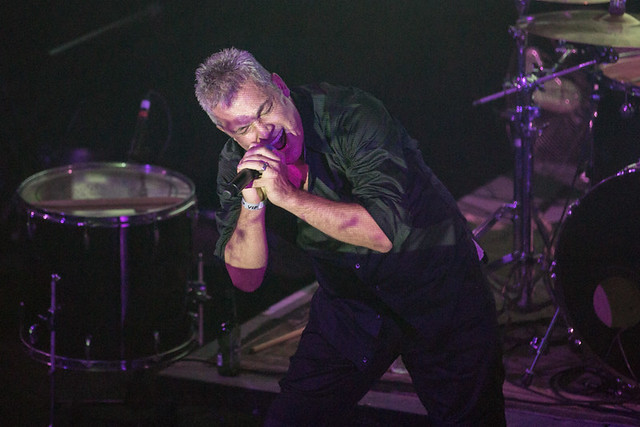 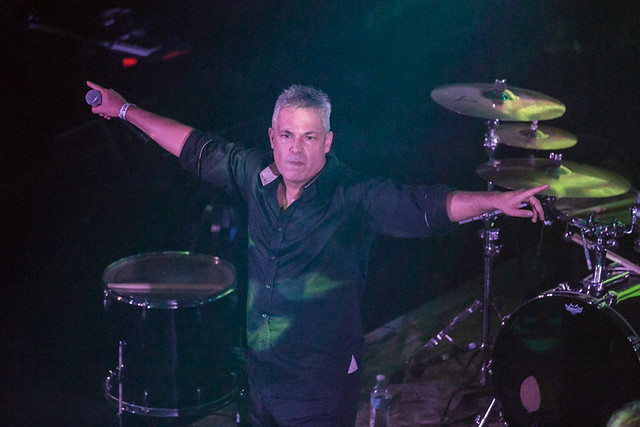 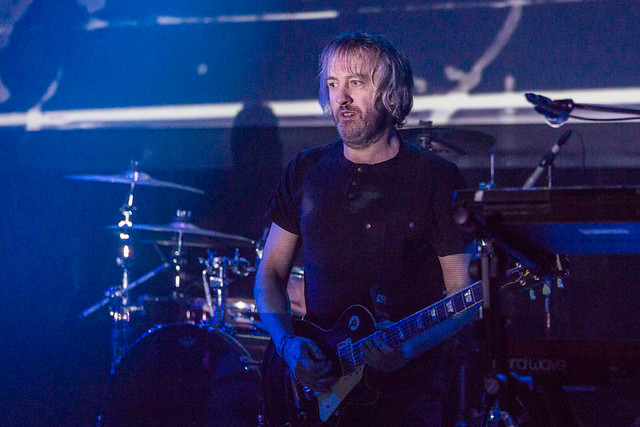 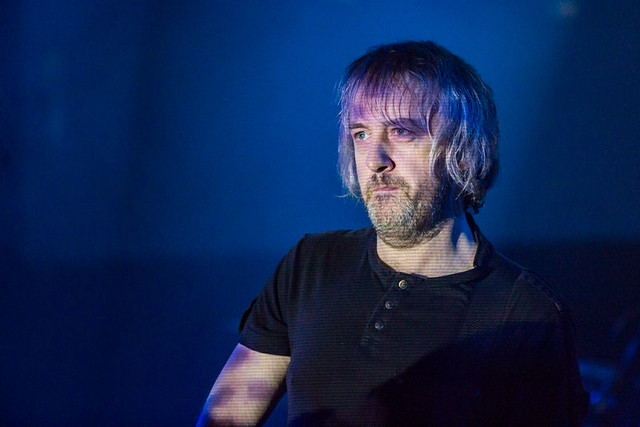 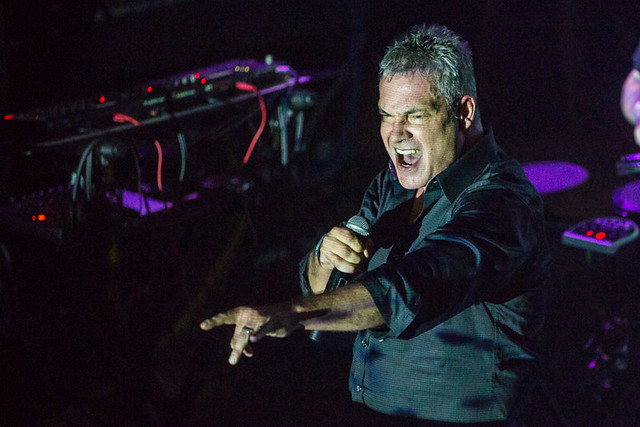 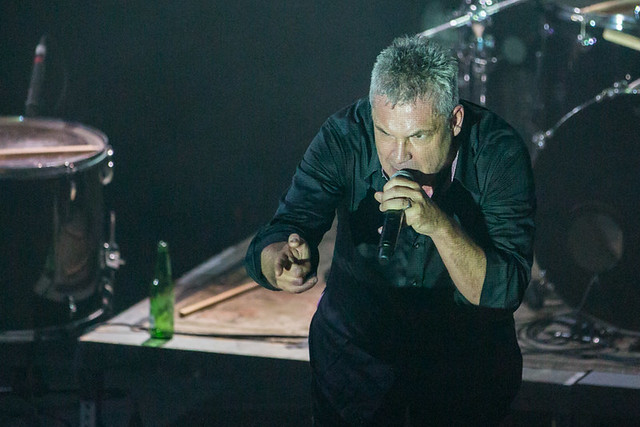 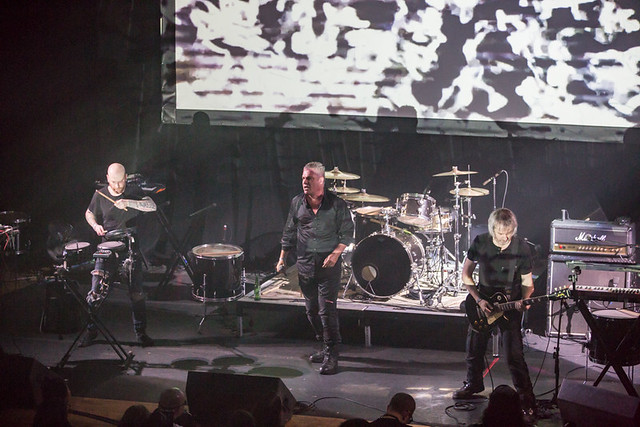