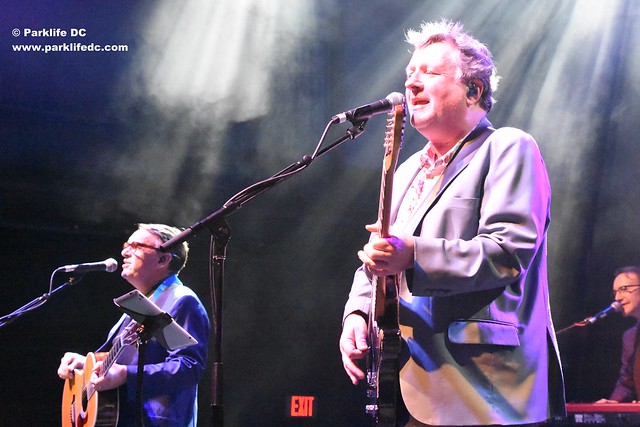 “Pulling Mussels (from the Shell)” by Squeeze is a song of sweet nostalgia. It inspires memories of summer vacations and young romance, and it does so in such a brilliant and successful way that the song has become timeless since its debut in 1980.

Squeeze performed the song early in their set for a sold-out crowd at 9:30 Club on Tuesday, and while welcome hits were a key part of the show, Squeeze also made it clear early they are no nostalgia act. The same clever wordsmithing, strong pop moorings, and superb musicianship that generated songs like “Pulling Mussels,” “Black Coffee in Bed,” and “Tempted” was fully on display in songs from a brand new 16th studio album, The Knowledge, in addition to being on full display during the concert.

Squeeze opened with “Please Be Upstanding” from the new album, published by their own Love Records in October. In the song and other new numbers, Squeeze songwriters Chris Difford and Glenn Tilbrook deploy clever euphemisms and allegories to reflect on the state of living at a certain time. “Please Be Upstanding” in a way is the flip side of “Pulling Mussels,” as the new song ponders certain difficulties in sexual relations rather than the simple summer nostalgia of a vacation romance of the older song. All the same, Chris and Glenn tackle the topic with the wit and warmth found throughout their catalog.

And the gents not only write quite well, they are born performers. As frontman, Glenn sounded pitch perfect and hit every note on his guitar with stylish precision. Off to stage right, Chris wore an air of intellectual detachment as he studied his own guitar or occasionally took lead vocals, in contrast to Glenn’s passionate enthusiasm. Chris sang “Cool for Cats,” the 1979 hit from the album of the same name, at the halfway point in the show. By this point, the audience was roaring its full-throated approval for every Squeeze song while dancing and cheering in place.

The concert pulled heavily from The Knowledge and Cool for Cats for an entry in the band’s Join the Dots 2017 Tour. Squeeze closed their main set, for example, on the symphonic “Slap and Tickle” from Cool from Cats. The song about young lovers became a new wave blow-out in live performance as all members of the band throw everything they’ve got into the mix. Drummer Simon Hanson, who has been with Squeeze since 2007 after touring with Glenn’s solo act, truly shined on the song, raining punk rock fury into its closing crescendo. Keyboardist Stephen Large also wowed the audience with frenetic plunking of his synthesizers.

Next to Chris and Glenn, Stephen is my favorite player in the current Squeeze roster — and given how many of the band’s songs rely upon deft synthwork, he would have to be good. Also, originally hailing from Glenn’s touring band The Fluffers, dapper Stephen is every bit a committed synthesist, at turns ushering a song through our ears with the light touch of a classical pianist or herding it into our brains with a mad stampede of raucous electronics.

Two members who joined Squeeze this year rounded out the band — drummer Steve Smith and bassist Yolanda Charles. Steve played bongo drums on Tuesday, but switched up to a military drum and stood at the front of the stage with Simon during the outstanding “Take Me I’m Yours,” which had every single person in the room gyrating at two-thirds of the way through the concert. Yolanda injected dynamic rhythm and elegant character to songs like “Annie Get Your Gun” — my favorite Squeeze song (it surfaced at the one-third mark in the show).

Squeeze proved once again that they are an incredibly talented and entertaining ensemble, capable of the rare feat of giving both your mind and your body something to do during their energetic shows, which are full of well-crafted musical gems. As they wind down their US tour, Squeeze have only three dates remaining — Nov. 30 in Port Chester, New York; Dec. 2 in Huntington, New York; and Dec. 3 in New Haven, Connecticut.

Let Squeeze seduce you! You’ll surely have fond memories of the experience. Here are some pictures of Squeeze performing at 9:30 Club on Nov. 28, 2017. 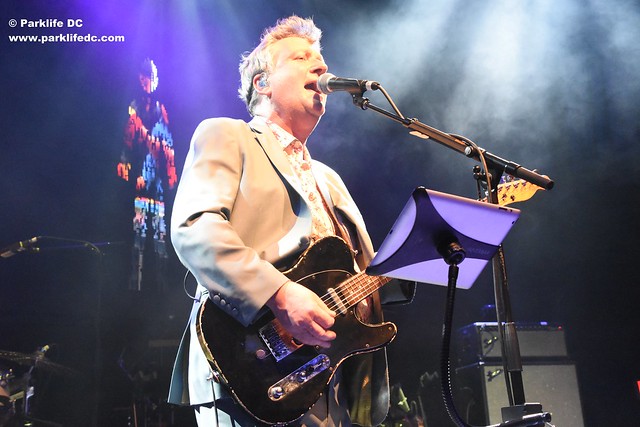 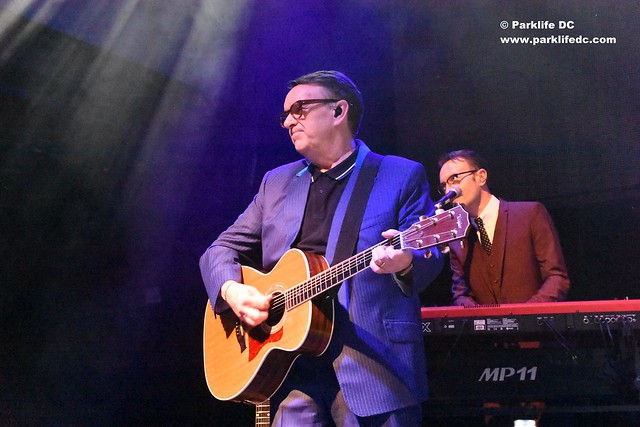 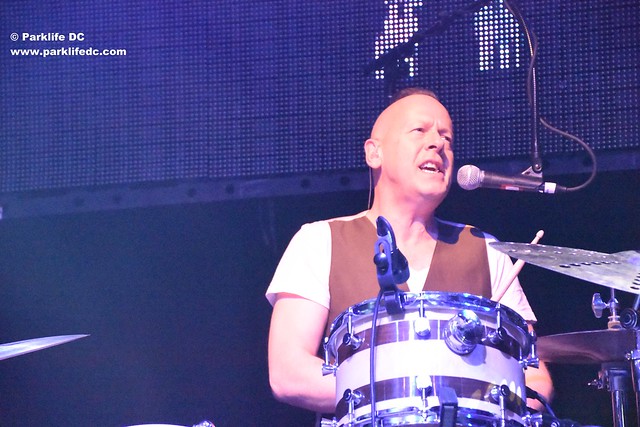 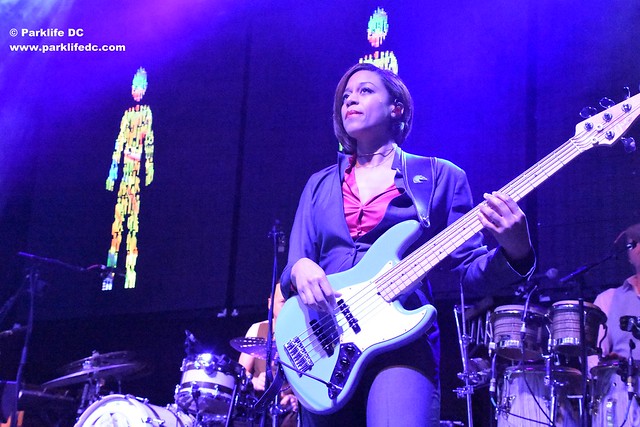 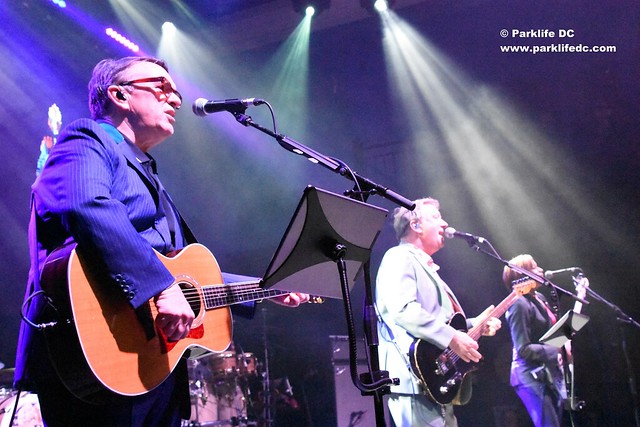 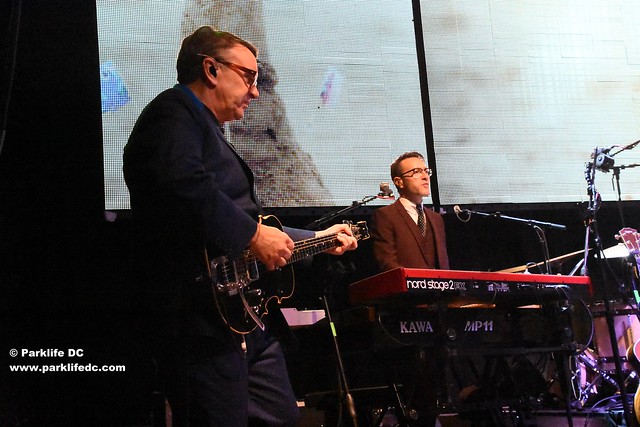 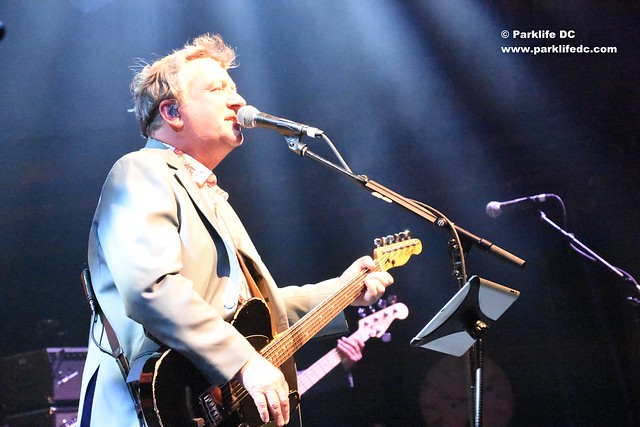 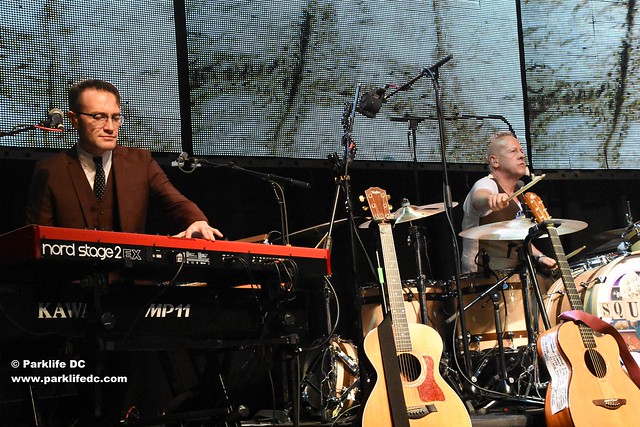 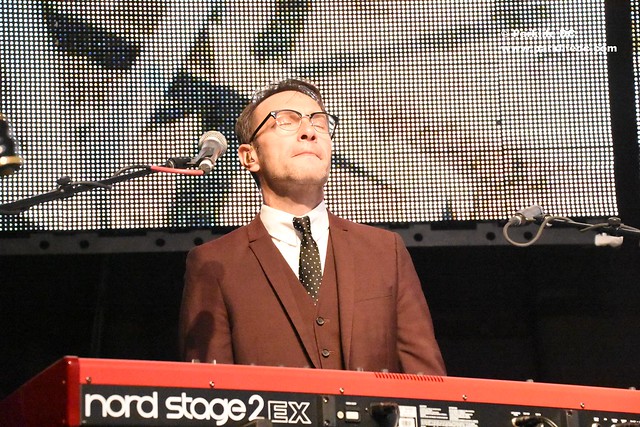 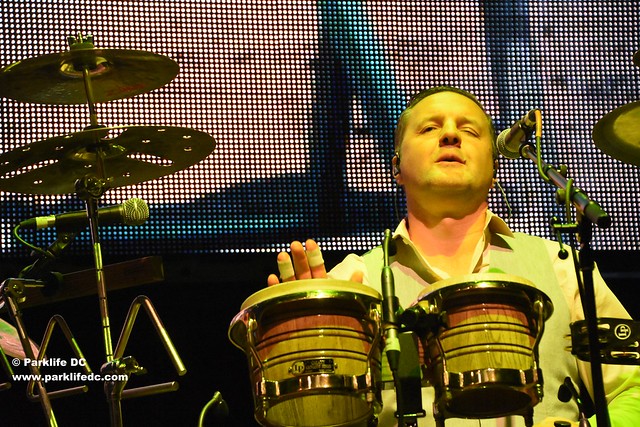 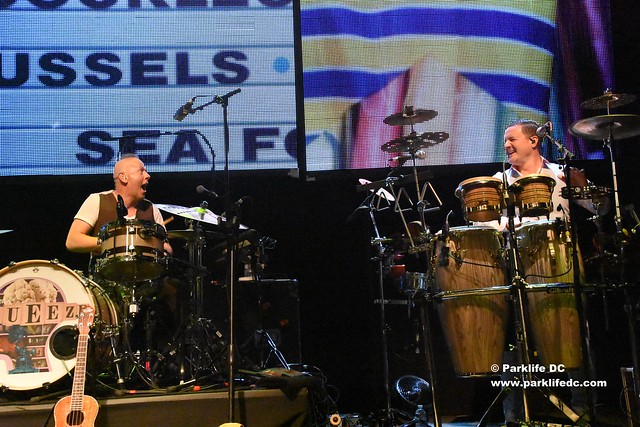 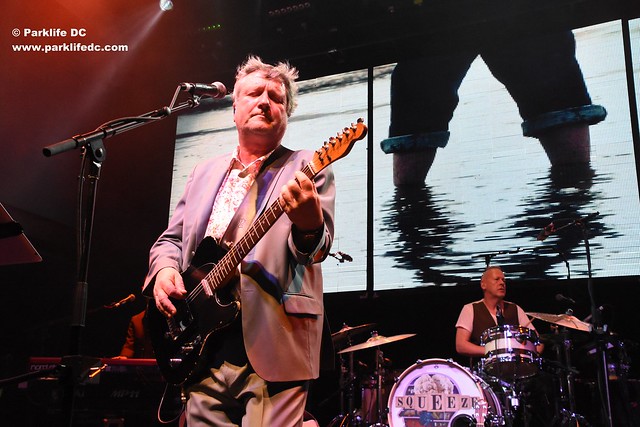 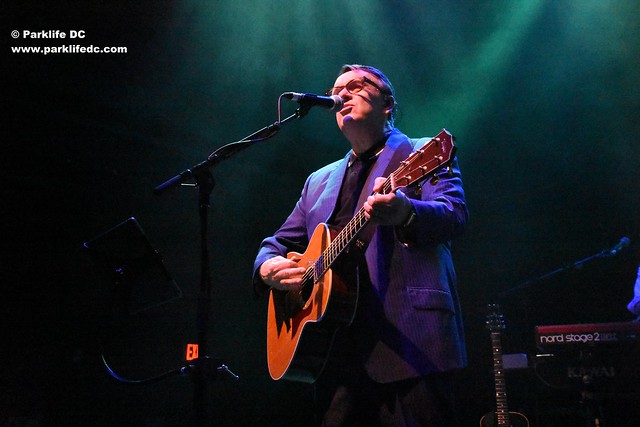 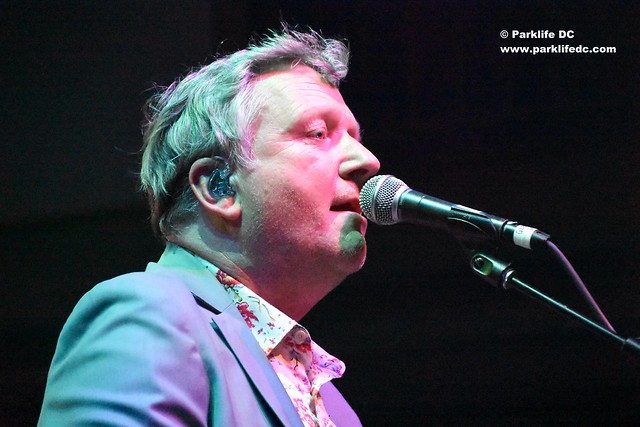 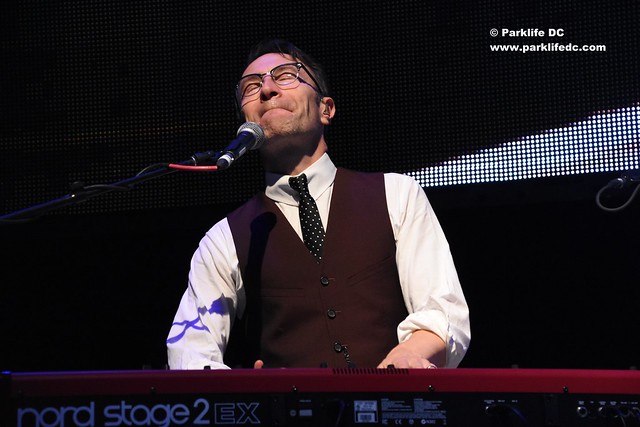 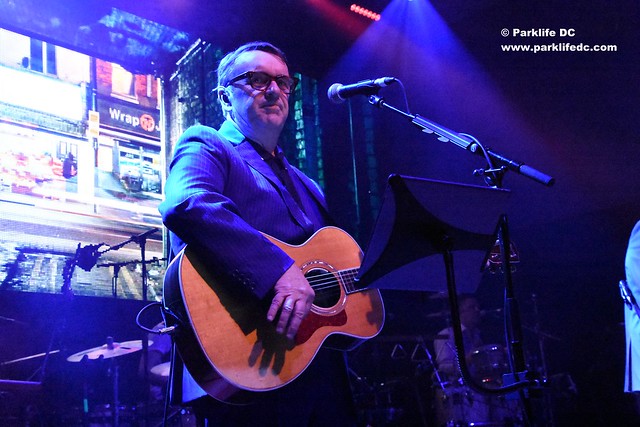