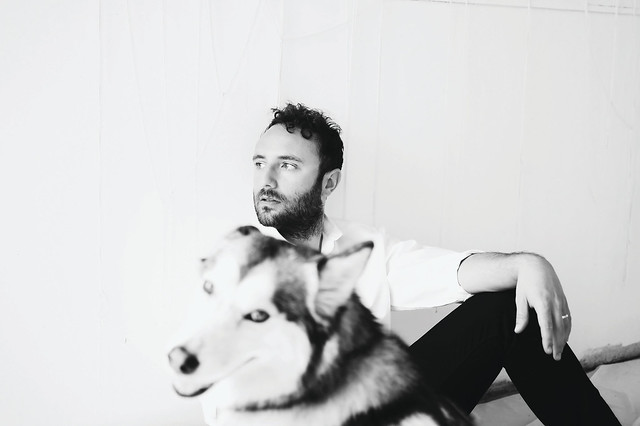 You may already know Kelcey Ayer as a vocalist and pianist for Local Natives. Kelcey, however, released his debut solo album, Tasha Sits Close to the Piano, under the moniker Jaws of Love via K-Rizzla Records/House Arrest in September. He’s on tour to support the album, and he plays tonight, Dec. 6, at DC9.

The album title was named by Kelcey’s wife for the couple’s Siberian Husky Tasha. On the album, he reveals his “truest self” through splendid piano ballads and indie rock. Listen to Tasha Sits Close to the Piano by Jaws of Love via Soundcloud:

Said Kelcey of the album: “Even though this project started a little over a year ago, it feels as though I’ve been working on it my whole life. I’ve never been more proud of anything I’ve done, so if you don’t like it, I may move to an island and become that ‘fun bartender’ tourists love to visit once a year on their family vacations, but I’ll be still proud of myself for having done it. And in 50 years, some fan will want to make a documentary on me, and I’ll be like, ‘no, I can’t! I’m not the man you thought I was…’ and it will end in a standing ovation at the Grammys, and, from my wheelchair with my ridiculous tan (for a man of that age), I’ll proclaim, ‘Believe in the impossible, and above all, in yourselves!’ Anyways, I hope you dig the record.”

The album has met with critical praise! “[T]his vulnerability is absolute, like the emotion that floods Jaws of Love’s record… Tasha sees intricate cries from piano keys and atmospheric synthesizers like the whirling soundscape of a marriage and all its melancholic moments and illuminated specialties, featuring lyrics like a memoir of the delicate, inner fabrics of Ayer’s homelife,” said Billboard.