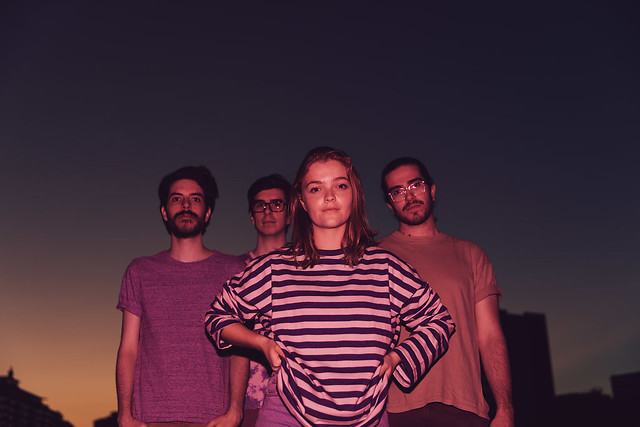 Canadian quartet Dizzy have been on tour to open DC bands Foreign Air and SHAED! The tour rolls into DC for a performance at Rock and Roll Hotel on Dec. 8.

Brothers Charlie, Alex, and Mackenzie Spencer and their friend Katie Munshaw formed Dizzy and then released their debut single “Stars & Moons” this fall via Royal Mountain Records and Canvasclub. Only a few short weeks ago, they followed that up with their sophomore single, “Swim.”

Dizzy like to write songs that are stories reflecting coming of age in suburbia. Themselves from the suburb of Oshawa, Ontario, Dizzy found boredom in the slow pace of strip malls and skate parks.

“Oshawa is dense. We all grew up in modern suburbia so there’s an arm’s length between my neighbor’s house and mine,” said Katie. “Making music always stemmed from my being overly sensitive about everything, so when you’re that close to so many people you’re bound to meet the essential characters that screw you up enough to start writing about them. Oshawa introduced me to friendship and heartache and change while keeping me bored enough to sit at home and write about it.”

Discover Dizzy when they open for Foreign Air and Shade on Friday. Buy your tickets online.