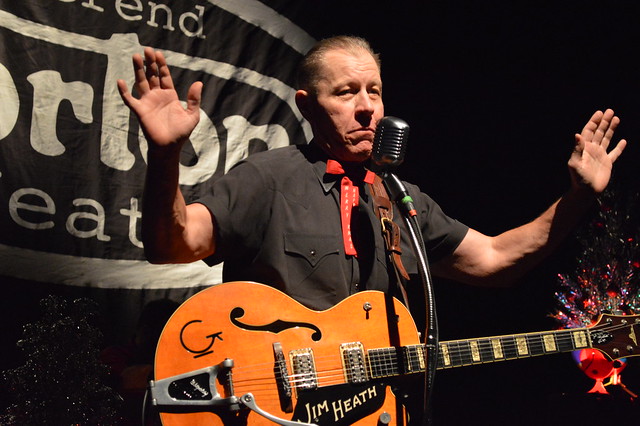 I don’t consider myself to be a Christmas Curmudgeon; I’m not a hipster Grinch. While I often rise to a level of pretentiousness that rejects many forms of sentimentality, I do embrace the spirit of the holiday season.

Having said that, I will go out of my way to avoid most Christmas music. I’ve got a few faves, but most of it inspires in me the same negative reaction that I feel toward showtunes. But the Reverend Horton Heat very much changed my attitude toward Christmas music at 9:30 Club on Sunday.

I shared an office for a time with a guy who would put on the Christmas music station (whichever one played the most painfully obvious selections) and leave it running for the duration of the season. If anyone called him out on it, he would adopt a posture of faux irony about it, but it was a ruse. He really and truly liked hearing “Frosty the Snowman” day after day. Nothing made me reach for my headphones faster. This season, though, I’m finding that revved up Rockabilly treatments of the Yuletide classics are sitting quite well with me (especially when accompanied by some spiked cider).

Stepping into 9:30 Club to see the Reverend Horton Heat, I did not know that it was the band’s first-ever official Christmas tour. But so it was, which meant that the biker-boot-black tones of the stage set were accented with some tasteful tinsel and bows. The gift-giving season works best when there are a few surprises under the tree, and for this show, it was the other acts on the bill: Dale Watson, Big Sandy, and The Blasters.

The Reverend Horton Heat (Jim Heath, among friends and accountants) hit the stage in a poinsettia-red tux jacket and tie, firing off riffs around the melody of “We Three Kings.” To his left was long-time bandmate Jimbo Wallace on the standup bass, and behind him the band’s new drummer Arjuna “R.J.” Contreras. To his right, special guest Matt Jordan (aka “Powder”) hammered the keys on a bright red piano, bringing a little New Orleans honky tonk to the Rev’s Texas stew.

The band followed the opening number with the ever-quickening pace of “Big Sky” and “Baddest of the Bad” from 1994’s Liquor in the Front. The frenetic crescendo “Psychobilly Freakout” followed, capping an opening salvo that made the shift to their rendition of “Rudolph the Red Nosed Reindeer” seem almost jarring.

Great guitarists going back to Hendrix have often treated the ‘song’ as a light framework that surrounds their blistering solos, and so it is here. Once the Rev starts riffing, one quickly forgets that the number started out as a Christmas tune. Actually, the set didn’t end up being that heavy on seasonal selections after all. “Santa Claus Is Coming to Town” and “Jingle Bells” got fine treatments, and “Donuts in the Snow” kept the wintery theme going. The standout number in the Christmas-themed portion of the show, however, was the band’s take on Chuck Berry’s “Run Run Rudolph.” This was especially fun as the Rev took over on the standup bass and gave the guitar duties over to Jimbo. There were a lot of Jimbo fans in the crowd, so this went over like a saber jet.

In between songs, the Rev heaped a lot of well-deserved praise upon the other bands who were on the tour. He talked about the influence The Blasters had on him, and how he’d like to be reincarnated as their drummer Bill Bateman. After kind words for Big Sandy and His Fly-Rite Boys, he brought frontman Robert Williams (aka Big Sandy) to join the band on stage for seven tunes (!) including “Havana Moon” and “I Can’t Believe I’m Saying This to You.”

Big Sandy’s crooner style brought the set as close as it would get to tender moments, but the mayhem soon returned as the Rev closed with a cover Motörhead’s “Ace of Spades.” The band took a moment to track down Dale Watson for the encores, which fishtailed through an Elvis Presley-inspired Merle Haggard tribute (or was it a Merle Haggard-inspired Elvis tribute?) Shots of tequila delivered on stage to Dale prompted a cover of the Champs song of the same name, which drew Big Sandy back on stage for the finale.

All in all, the show was a rip-snortin’ good time that set the mistletoe on fire. “So,” I wonder to myself, “could a raucous Rockabilly interpretation of ‘Wicked’ compel me to overcome my aversion to Broadway showtunes?” I’m in no hurry to find out, and in the meantime, I’ll have myself a Psychobilly Christmas instead. 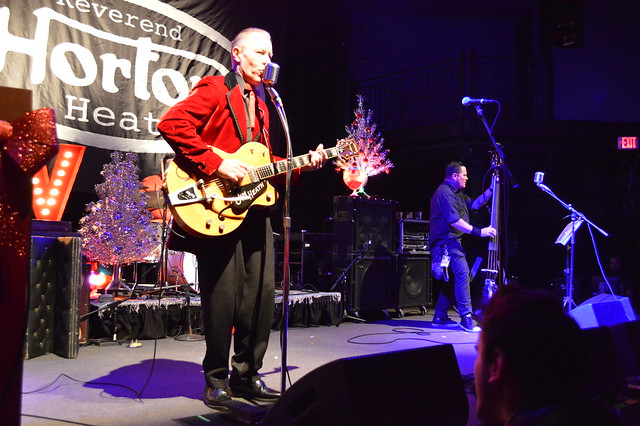 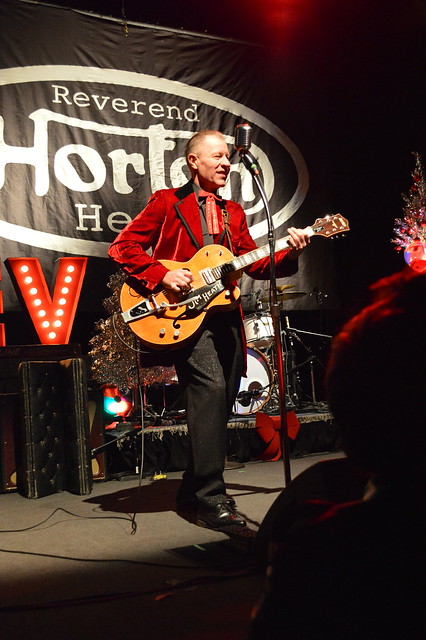 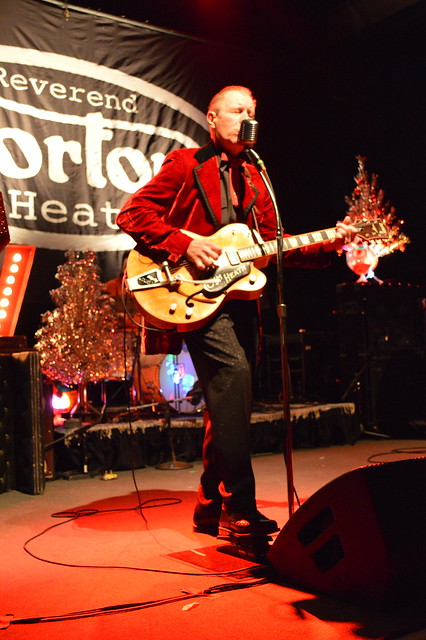 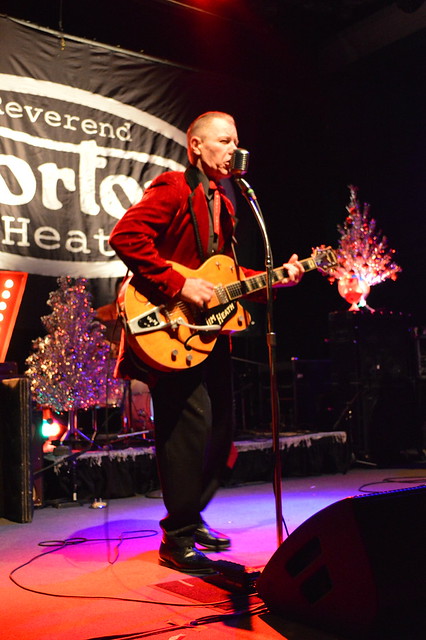 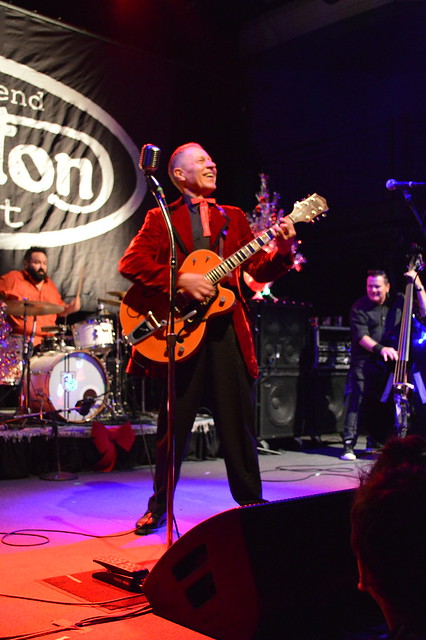 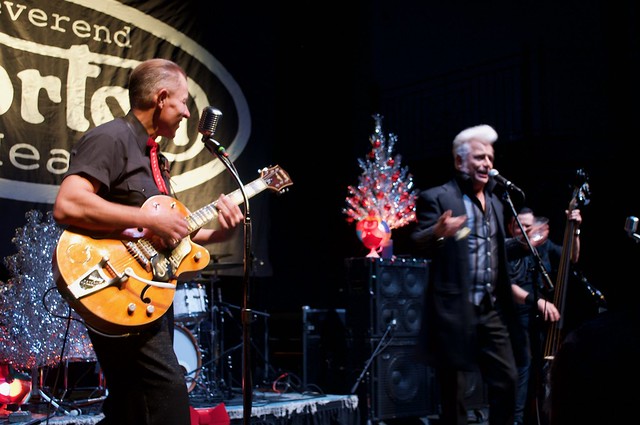 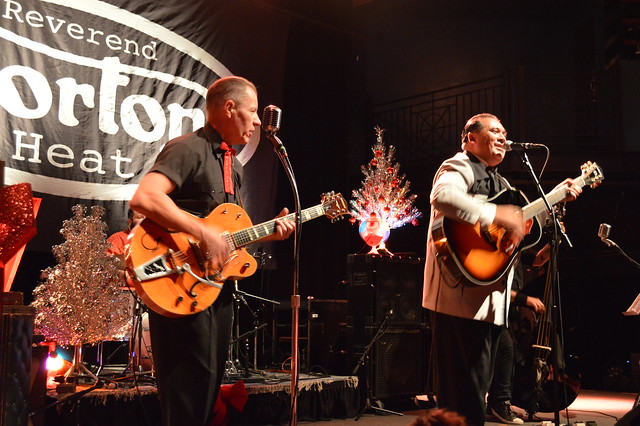 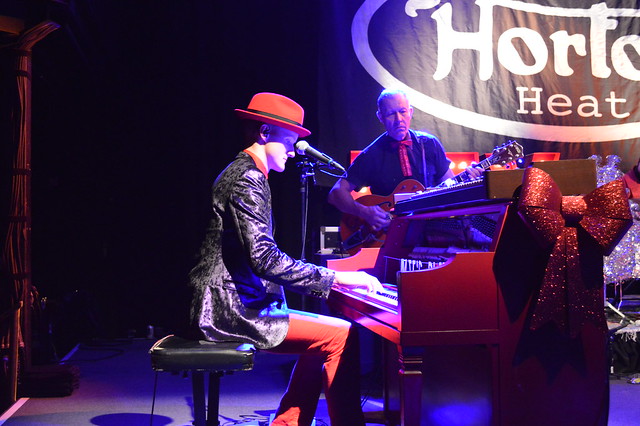