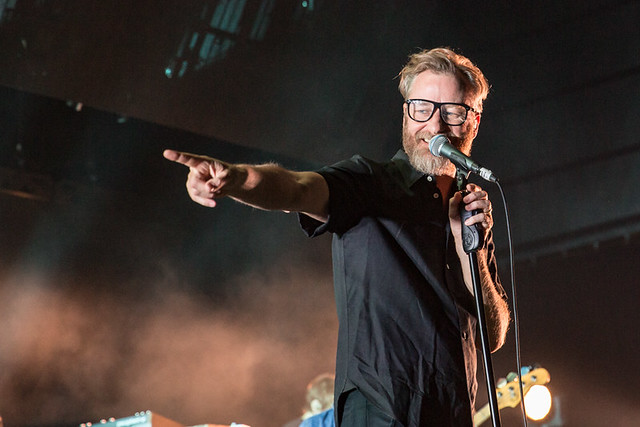 Matt Berninger fronts The National at The Anthem on Dec. 5, 2017. (Photo by Paivi)

The National stormed The Anthem on Tuesday in a sold-out show on a tour coinciding with the release of Sleep Well Beast, their seventh studio album, published in September via 4AD. Paivi caught frontman Matt Berninger and company in action.

The latest album has proven to be a big success for The National, who released five singles from the album, starting with “The System Only Dreams in Total Darkness” back in May. In a 24-song set on Tuesday, The National performed nine tracks from Sleep Well Beast, including “Day I Die.” In August, The National released a video, directed by Casey Reas, for “Day I Die” to capture “a day in the life” of The National.

“Graham MacIndoe captured 18 time-lapse photo series during rehearsals at Le Centquatre in June 2017 in Paris. Hours of rehearsal are compressed into a few minutes. Over 5,000 of these photographs were brought together to create the final video,” Casey explained at the time. “I wrote custom software to collage multiple photographs together and to compile them into videos. A flickering color layer abstracted from broadcast television signals augments the black and white footage. The images are played back at 12fps, near the threshold of the persistence of vision.”

Get a sense of the power of The National and watch the official music video for “Day I Die” by The National on YouTube:

The National closed their high-spirited show at The Anthem with a cover of “The KKK Took My Baby Away” by the Ramones!

“The National are having a moment, however unassumingly, at the top of whatever is left of serious rock music,” said Magnet, and indeed The National have sold out many dates on their current tour. The National are touring North America through Dec. 13, when they perform in Chicago. (Tonight, Dec. 7, they are in Montreal.) And they’ve added a few dates in January in Los Angeles, Las Vegas, and Mexico City prior to departing for an Australian tour in February.

Here are photos of The National performing at The Anthem on Dec. 5, 2017. All photos copyright and courtesy of Paivi. 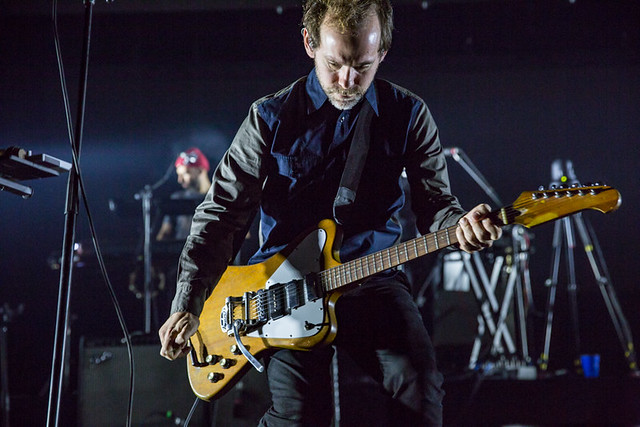 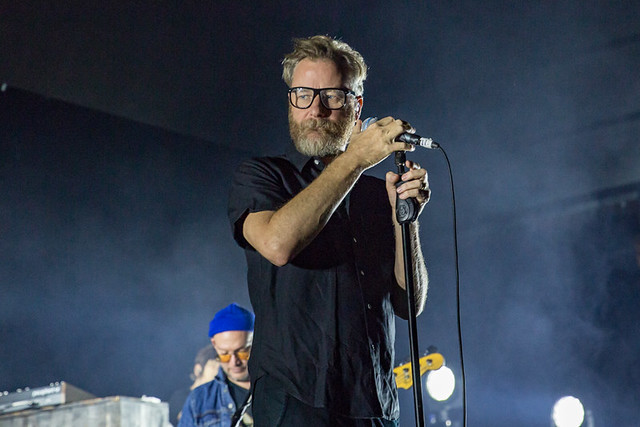 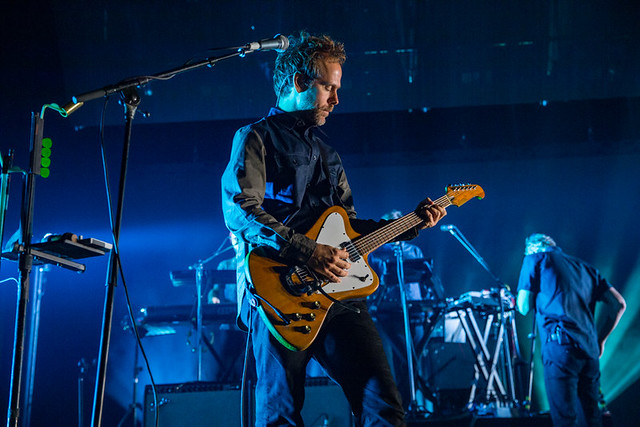 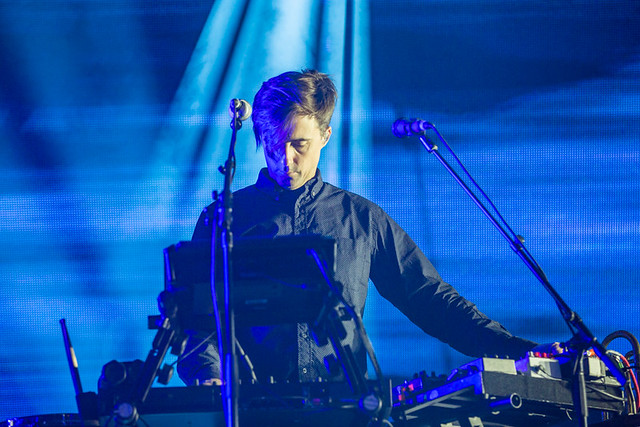 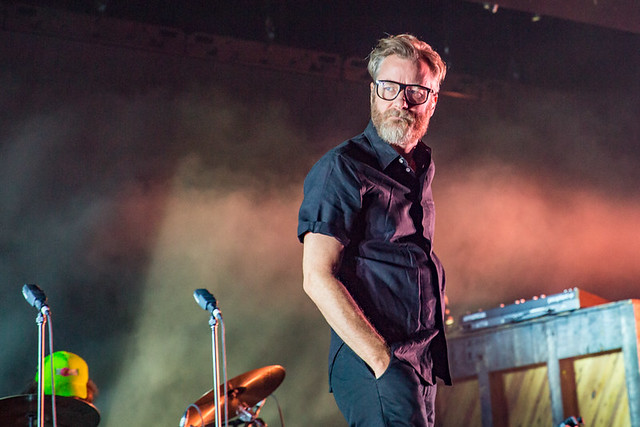 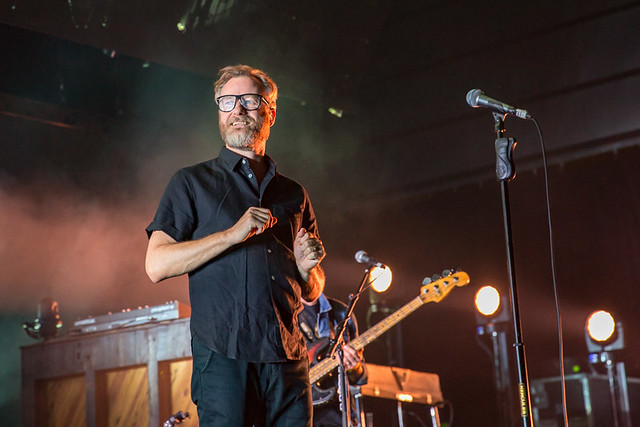 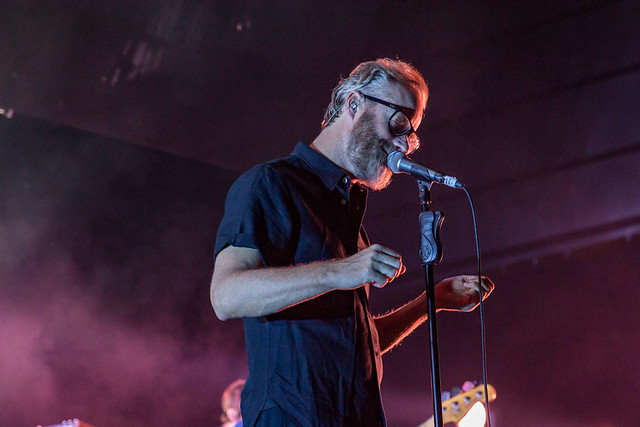 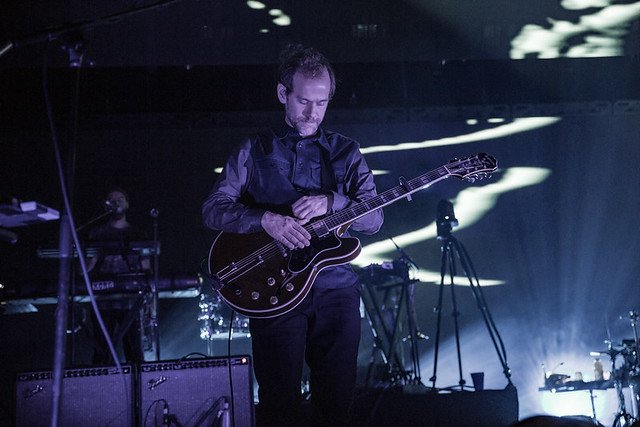 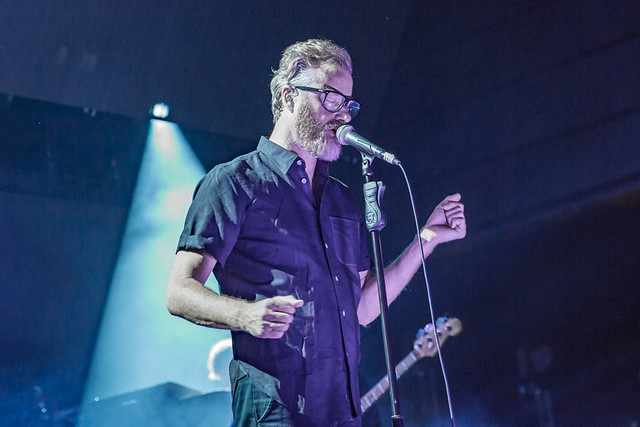 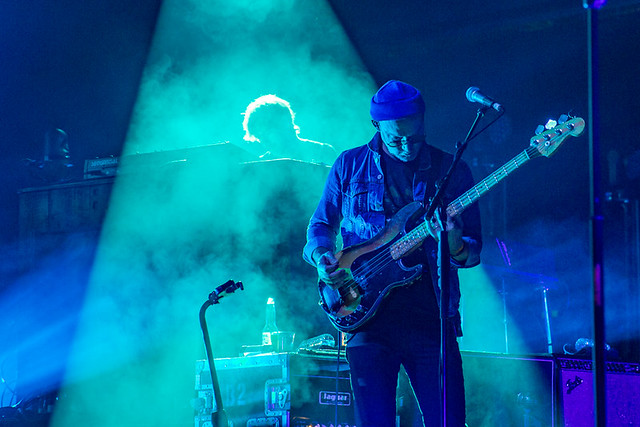 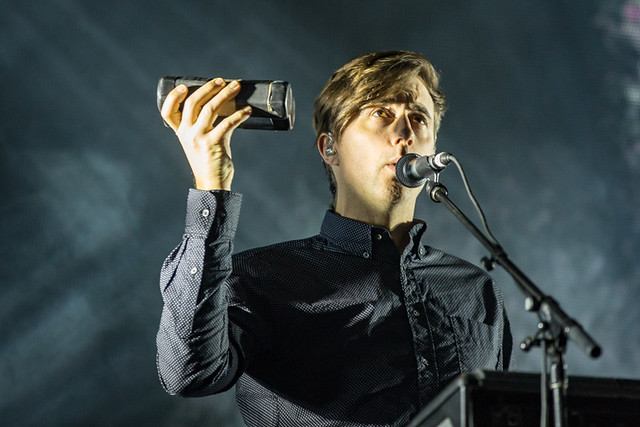 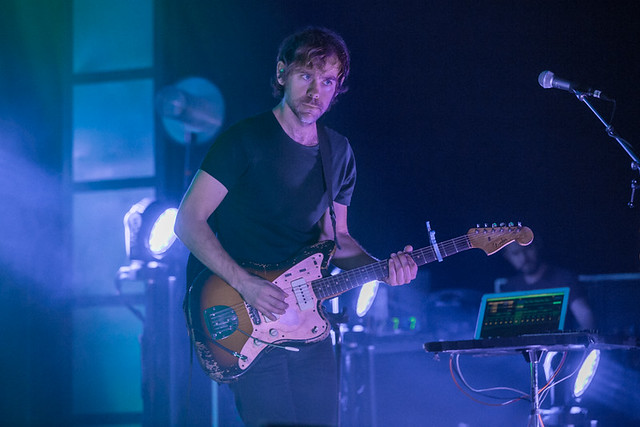 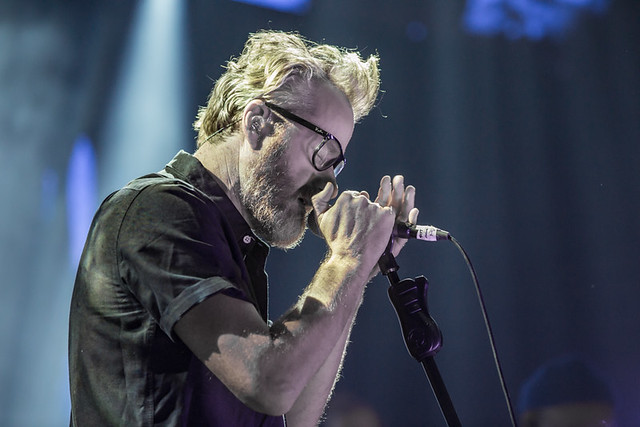 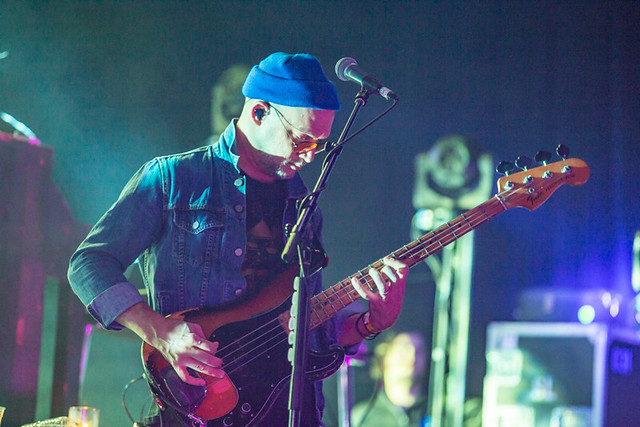 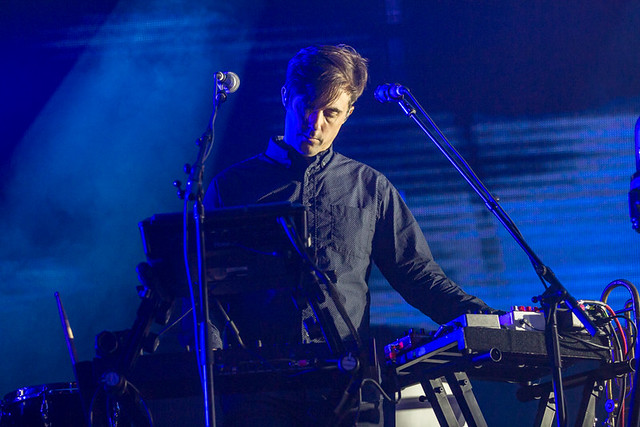 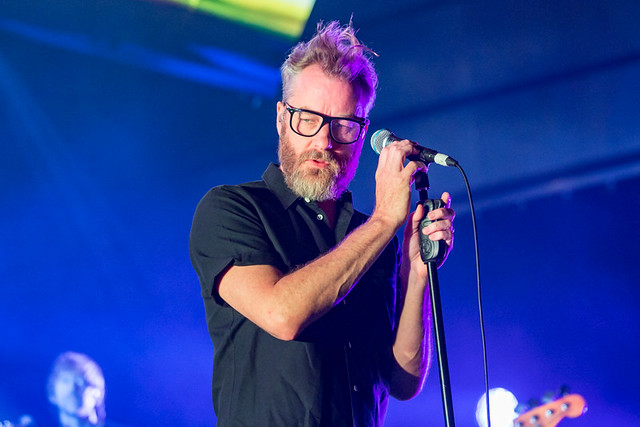 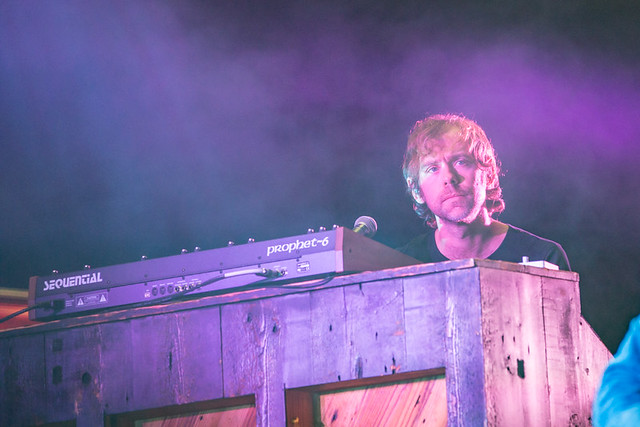 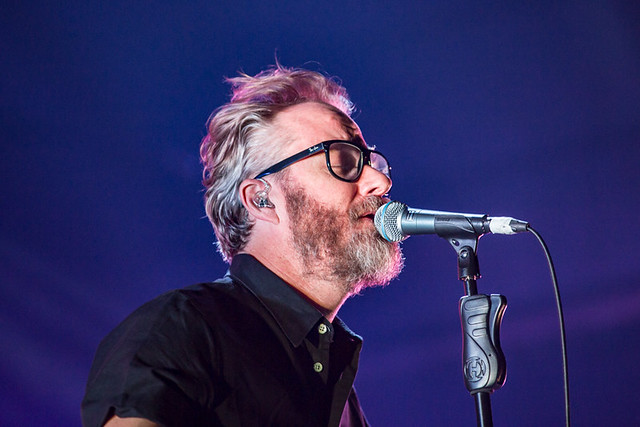 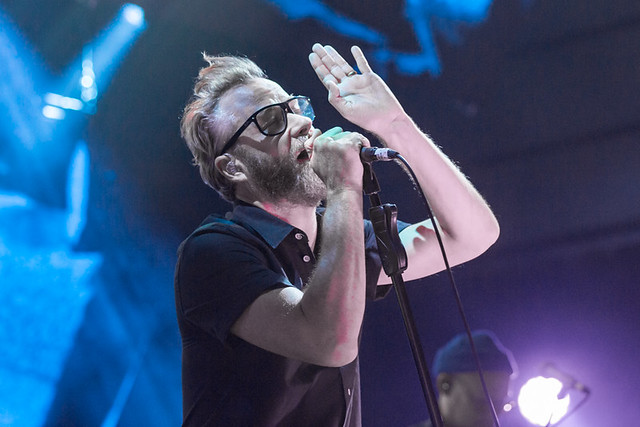