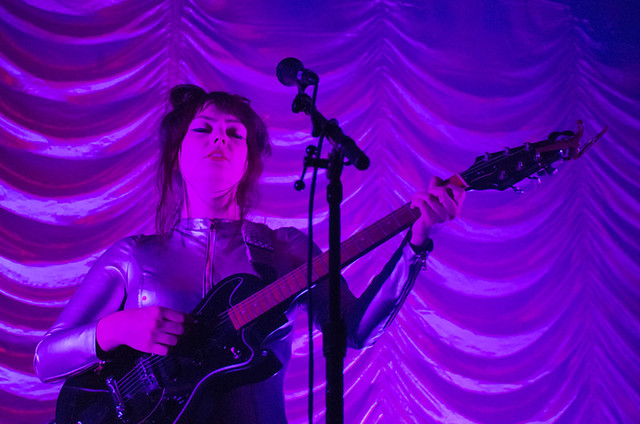 The first time I heard Angel Olsen sing, the name Patsy Cline kept repeating through my mind, and not because Wikipedia describes Ms. Olsen’s music as indie folk, indie rock, or alternative country, and not because their voices sound anything alike. Perhaps one could make a case that underneath Angel’s county blues melodies, there lurks Patsy’s Cline’s spirit. But for me the purity of their voices share the same mix of vulnerability and world-weariness.

Angel Olsen brought her extraordinary voice and songs to a sold out two-night stand at DC’s 9:30 Club on Thursday and Friday. Backed by her smoking hot, five-piece touring band, she ran through a scorching 90-minute 15-song set. By the time the opener “High Five” had segued into “Shut Up Kiss Me,” Angel held the audience in the palm of her hand. Indeed, despite her songs’ heavier themes, the night was sprinkled with lighthearted moments of banter with the audience.

The first highlight of the show came with the performance of “Woman,” from 2016’s My Woman. With its nearly 10-minute dreamy climb to that shattering vocal and guitar crescendo, the first half of the concert came to a wonderfully satisfying emotional and musical conclusion.

The band left, allowing Angel to take lone command of the stage. We were treated to “Sans,” from the 2017 release Phases (a collection of outtakes and B sides from the past several years) followed by “unfucktheworld” — and as the band rejoined her onstage, the show suddenly became much more intense, heated, urgent.

The first song after the solo break was “Fly on Your Wall,” which prior to its inclusion on Phases, was available on the Bandcamp-only, anti-Trump fundraiser “Our First 100 Days.” “Acrobat” from her first album Half Way Home closed the show on a decidedly melancholy note.

As she came out after the encore break, Angel announced, “We’re gonna do two songs we really like to play,” and launched into “Windows.” From my perch on the balcony, I could see some commotion on the right side of the stage. As the song concluded, Angel asked her lead guitarist if somebody in the balcony had been bothering him.

And then something seemed to snap as Angel let loose, “That pisses me off! I’m really fucking pissed! It’s been a really hard 2017. We’ve been touring for two years…” But then as if to say that she still loved us, she happily invited everybody to sing together and we all joined in on an intense, fiery performance of the Bowie cover, “Five Years” that ended in drenching guitar feedback.

Then it was over. Angel’s dynamic and riveting performance cathartically summed up how 2017 has been for many of us. For Angel, it means the end of an exhaustive, and exhausting, tour in support of My Woman and an upcoming two-month break before she heads to Australia for a few solo gigs. Happily, for the rest of us, we have her extraordinary music to help us through these “interesting” times. Angel Olsen music and tour info can be found on Facebook or at https://angelolsen.com.

Here are some pictures of Angel Olsen performing at 9:30 Club on Dec. 15, 2017. All photos copyright and courtesy of Mark Caicedo. 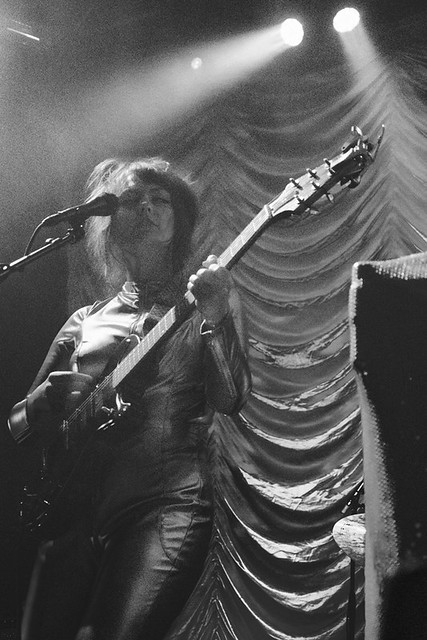 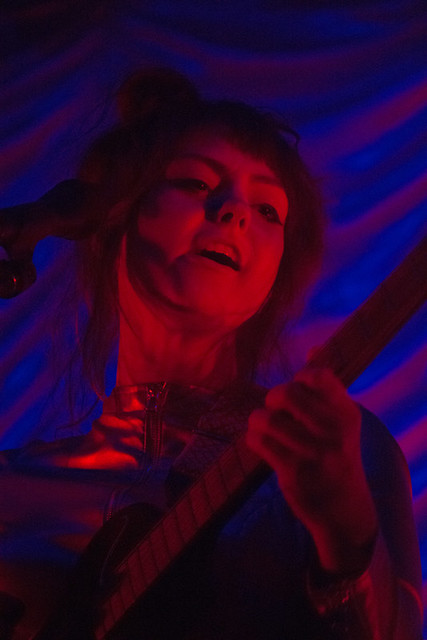 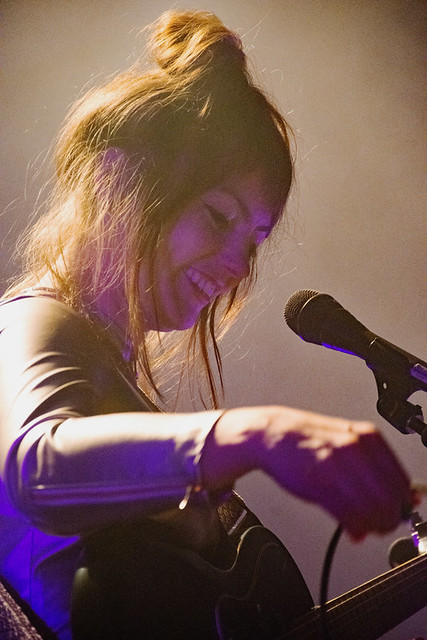 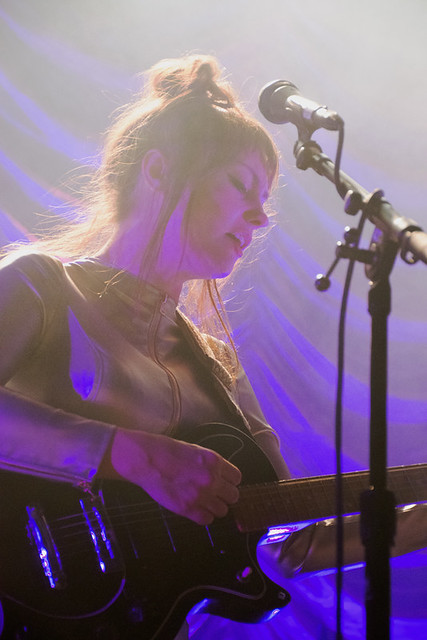 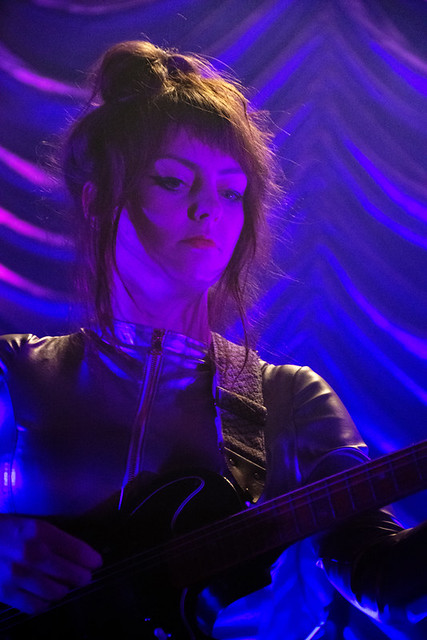 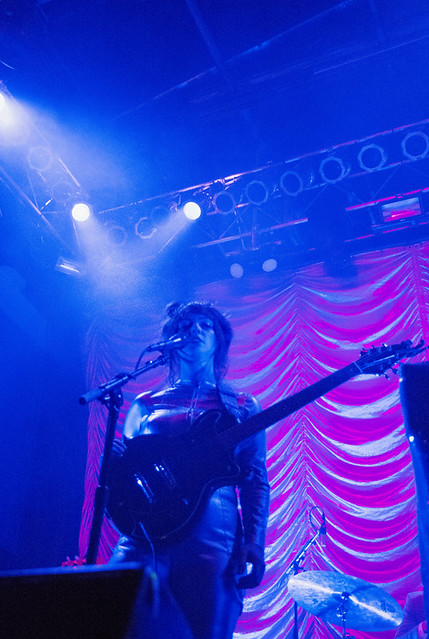 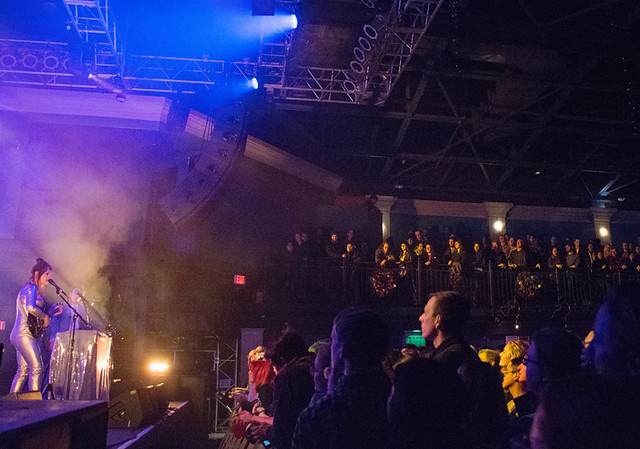 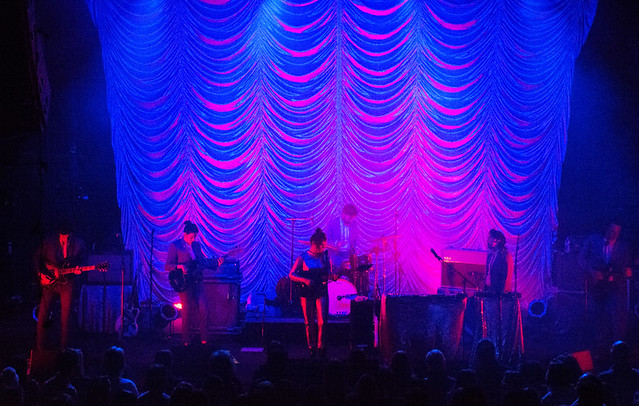