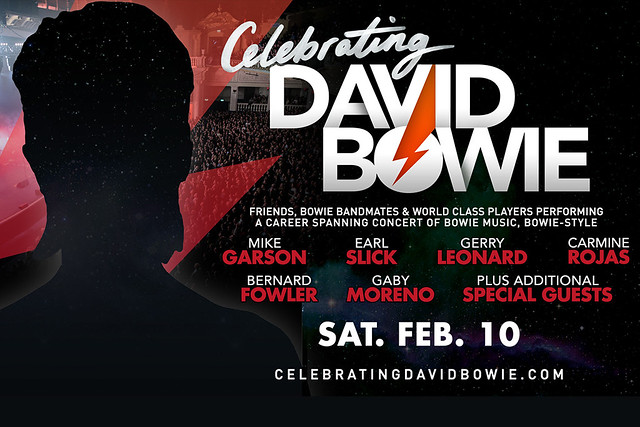 Mike Garson, known as David Bowie’s “piano man,” assembled a wildly successful tribute to his former colleague with a tour called Celebrating David Bowie, which swept Europe in recent months. The show opens in the United States at The Fillmore Silver Spring on Saturday, Feb. 10!

Celebrating David Bowie (CdB) keeps David Bowie’s music alive, live and onstage, with musicians who actually worked with the legend throughout his career as well as musicians greatly influenced by him. The tour strives to answer the question, what would a David Bowie setlist look like for a tour in 2018?

“I have worked with over 1,000 singers but never anyone like David,” said Mike Garson. “He had an infinite source of music flowing through him, and his creativity was boundless. His sharing of the stage with his musicians was extraordinary, and he was a team player. That is why we need many singers to encompass his work.”

Watch an official trailer for the Celebrating David Bowie tour from January shows in Europe, including songs like “Ashes to Ashes, “Let’s Dance,” “Life on Mars,” “Fame,” “The Man Who Sold the World,” and more on YouTube:

Also joining the tour will be 2017 Grammy nominee Gaby Moreno as well as special guests and other former Bowie band members making surprise appearances along the way. The large ensemble of players features world-class multi-instrumentalists who shift up from song to song in a show that emphasizes how Bowie influenced pop culture, art, fashion, futurism, and more! 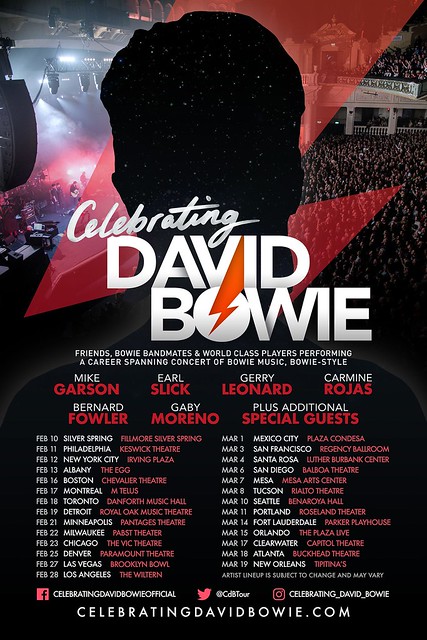