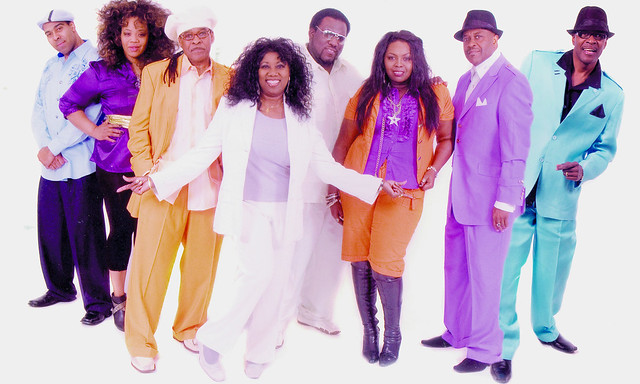 “Now, baby we can do it/Take the time, do it right/We can do it, baby/Do it tonight!”

If you know “Take Your Time (Do It Right),” that infectious post-disco tune from 1980, then you know The SOS Band, who will perform it and other hits for you in a show at The Birchmere on Monday, Feb. 19.

In 1979, Tabu Records’ label head Clarence Avant, assigned Sigidi Abdullah, a songwriter and producer, to write and produce for The SOS Band. Sigidi changed the band’s name from Santa Monica to The SOS Band — at the time, the SOS stood for “Sounds of Success.”

Watch The SOS Band perform “Take Your Time (Do It Right)” live for Soul Train on YouTube:

The band’s debut LP, SOS, went gold, selling over 800,000 copies and holding the number two R&B spot for three weeks. Their second album, Too, went to #30 on the R&B chart in 1981. (FYI their third album was called III!) They continued to release albums with Tabu through 1991 with their eighth and final album, One of Many Nights.

The SOS Band released additional hits “Just Be Good to Me,” “Tell Me If You Still Care,” and “The Finest,” among others before Mary Davis left the band in 1987 for a solo career. But Mary formed a new SOS Band with Jason Bryant and Abdul Ra’oof in 1994. Join Mary and her bandmates at The Birchmere for a night of infectious R&B on Feb. 19!