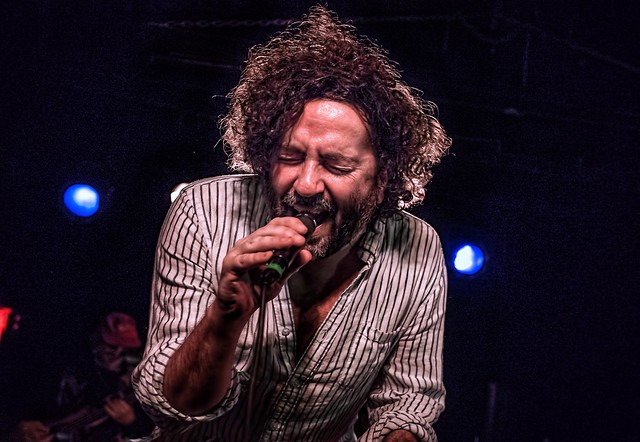 Dan Bejar is an artist who paints in colorful and sometimes disjointed lines of verse. Each song feels purposefully crafted, and each album a separate work of art, often with a completely different feel from one album to the next. Although Dan is a frequent collaborator in The New Pornographers, Destroyer has been his sonic vehicle for the past 23 years, and he refreshed that vehicle’s art in a vigorous show at Black Cat on Sunday.

The newly released ken is Destroyer’s 11th album. If 2011’s Kaputt felt influenced by disco and ’80s synth bands and 2015’s Poison Season seemed rhythmically in tune with orchestral pop, then ken seems to revisit that Kaputt feel but expands on the lyrical beat that he has come to perfect.

For the last few years, Dan has been touring with a full seven-piece band (and sometimes eight pieces), which includes drummer/ keyboardist Josh Wells, guitarist Nicolas Bragg, keyboardist Ted Bois, and trumpet player JP Carter. The last time I caught Destroyer was back in October 2016, when it was just Dan and an acoustic guitar in Baltimore. During that show, he road-tested a couple of tracks from the new album, but nothing could have prepared me for how the finished pieces would sound with his full band.

Although the music kept that feeling of space, you could tell this band was tight—many of the players having played in previous tours. 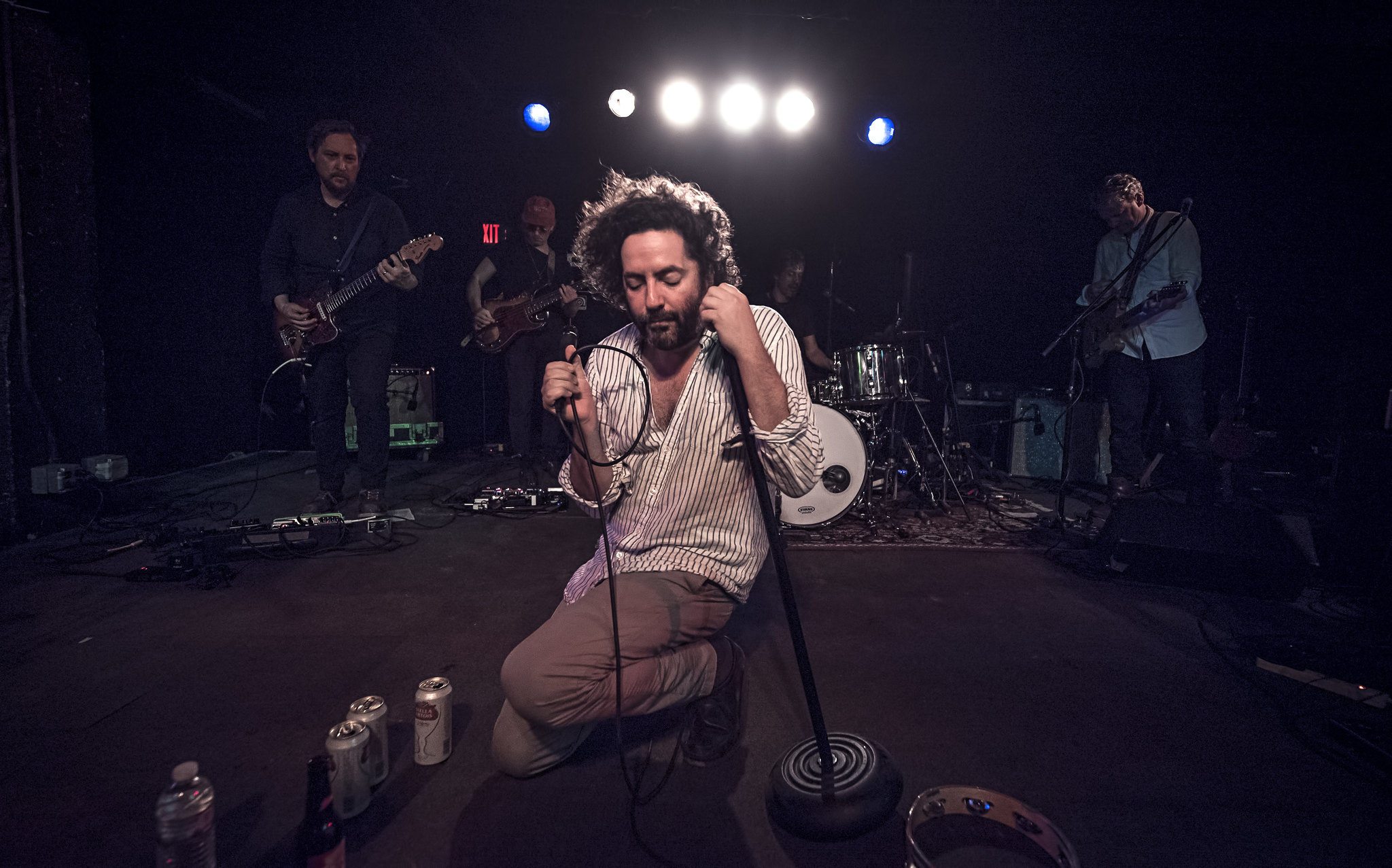 At the newly reopened Black Cat Sunday night, Destroyer played an amazing set. Most of the renovations to the venue were completed on the first floor, and most notably the main stage had additional lights and a new sound system. The band sounded great as Dan Bejar and company started the set with the first three songs off ken: “Sky’s Grey,” “In the Morning,” and “Tinseltown Swimming in Blood.”

With microphone stand lowered to hip level, Dan moved about the stage, crouching at times and at other times seemingly possessed by the force of the music. Destroyer played tracks from ken, Poison Season, Kaputt, and even Rubies, leaving a spirited version of the New Pornographers’ track “Hey, Snow White” from the Red Hot and Blue compilation, Dark Was the Night, for the encore.

Destroyer is in the midst of a North American tour. Definitely catch them here!

Here are some pictures of Dan Bejar and Destroyer performing at the Black Cat on Sunday, Jan. 28, 2018. All photos copyright and courtesy of David LaMason. 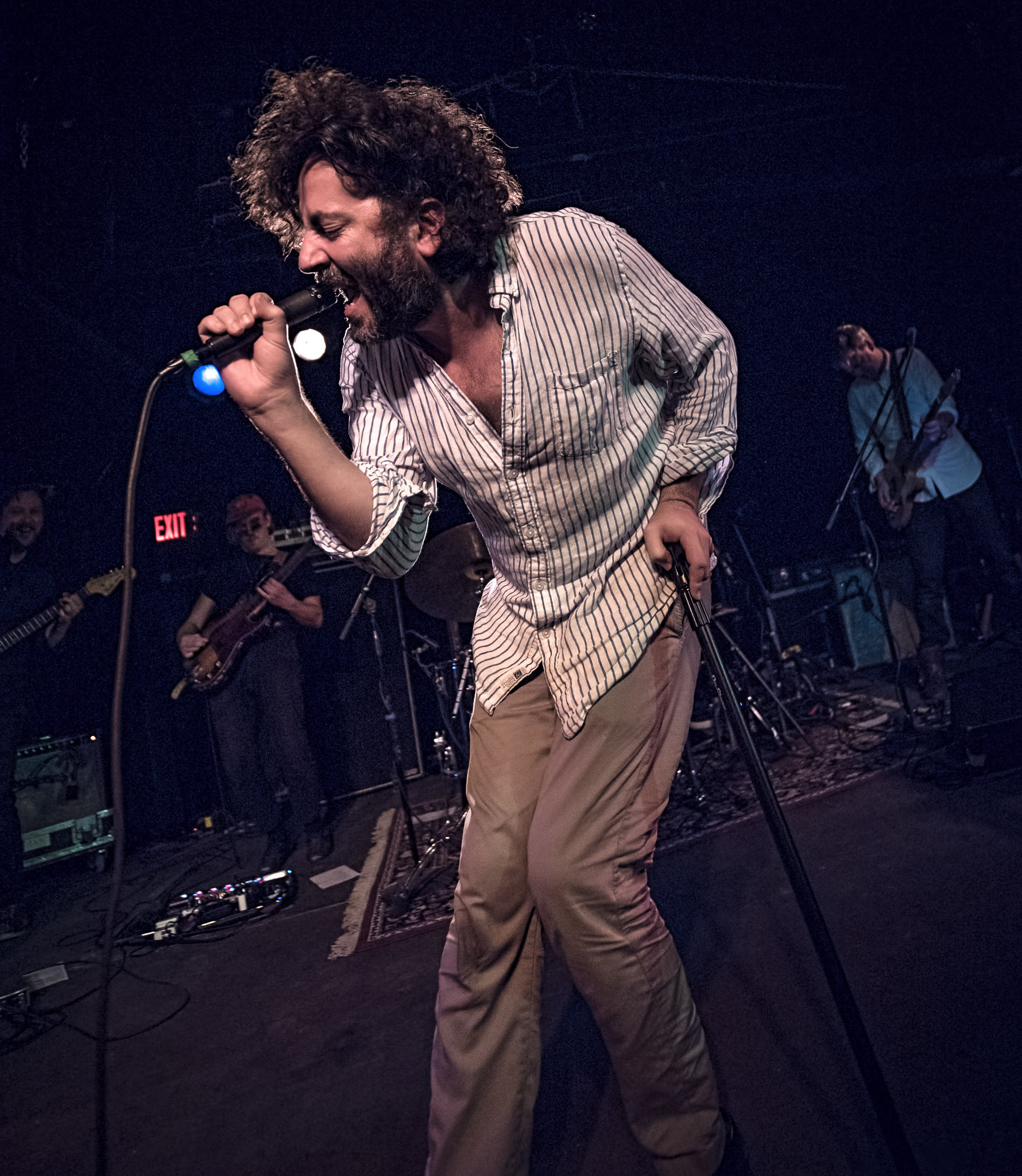 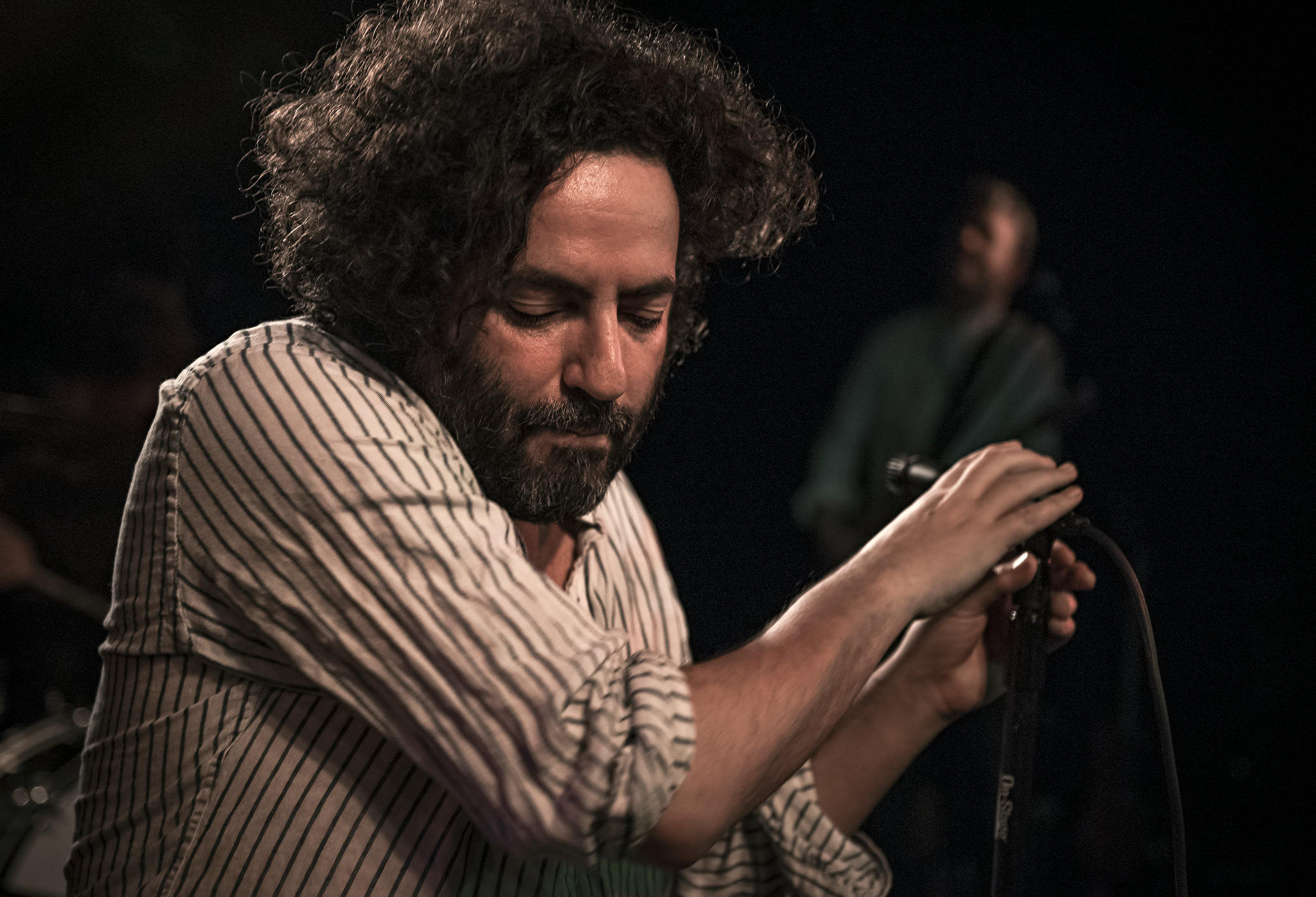 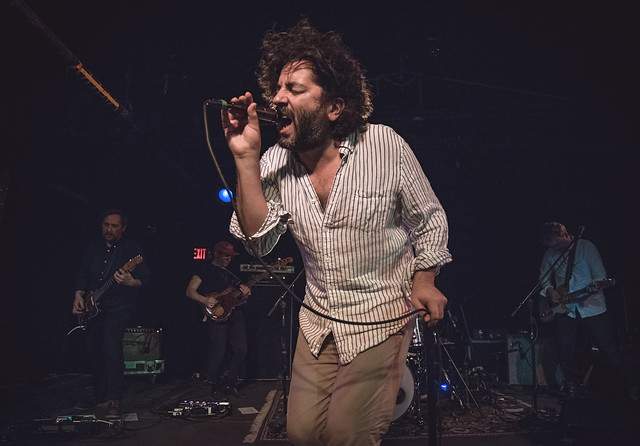 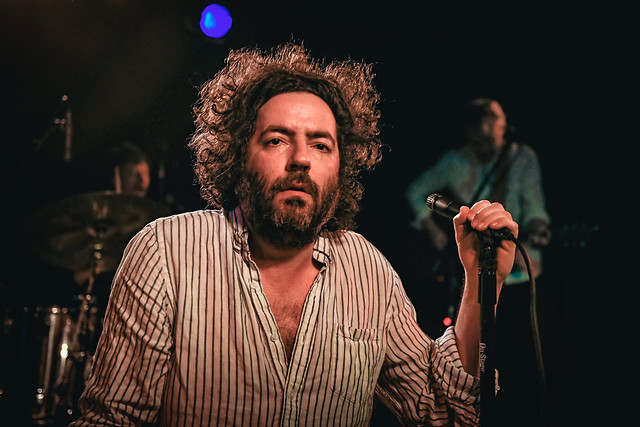 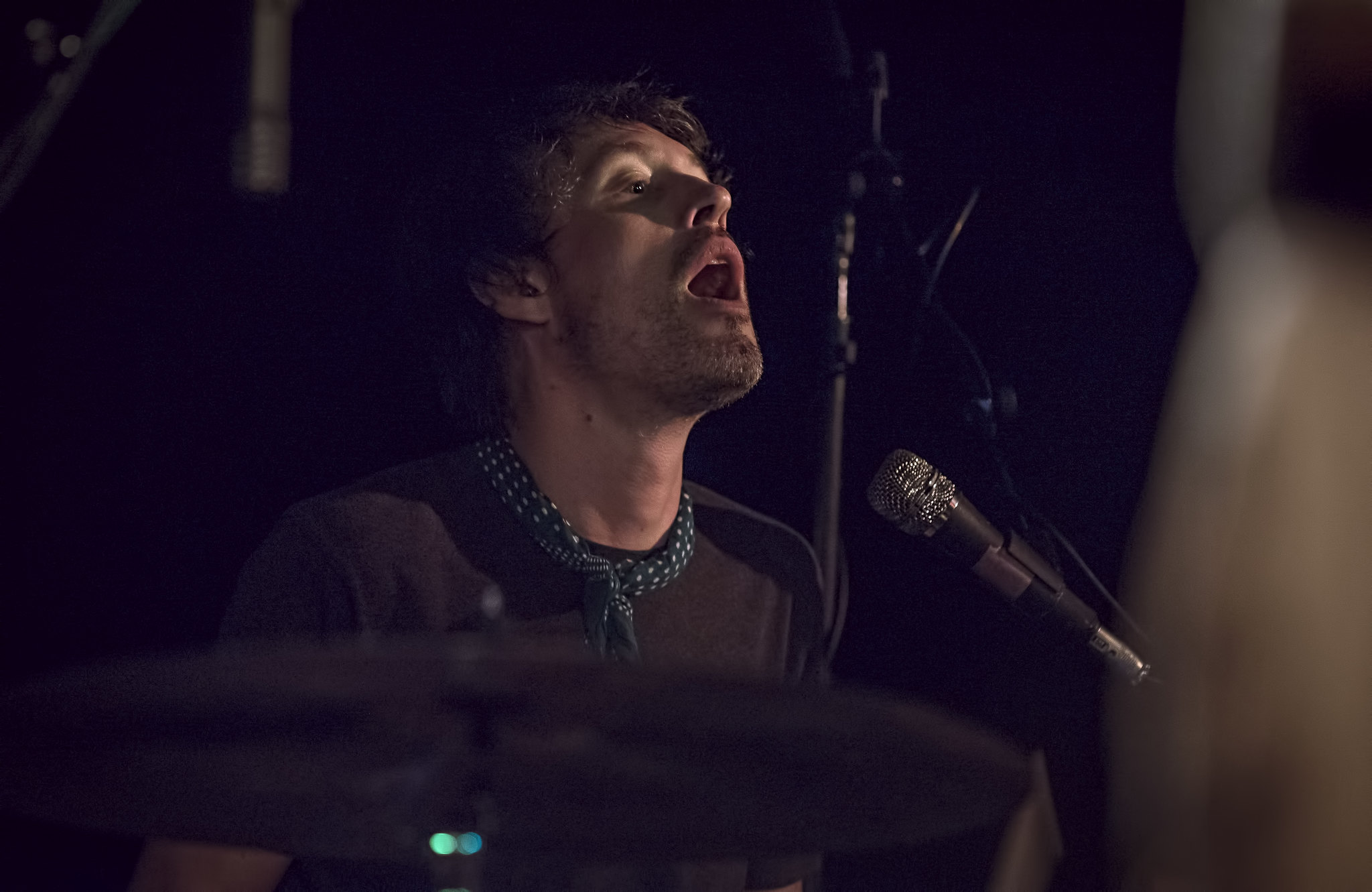 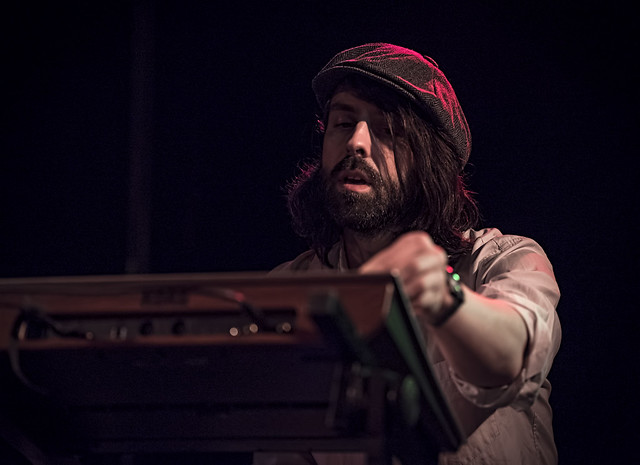 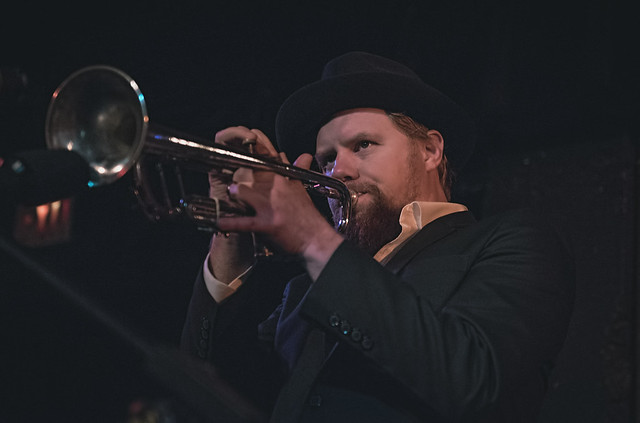 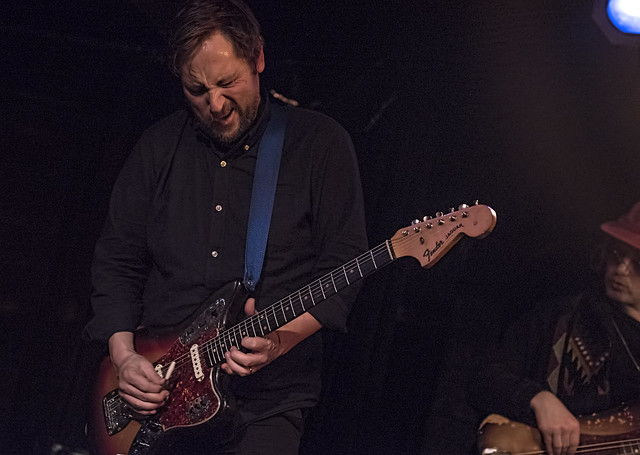 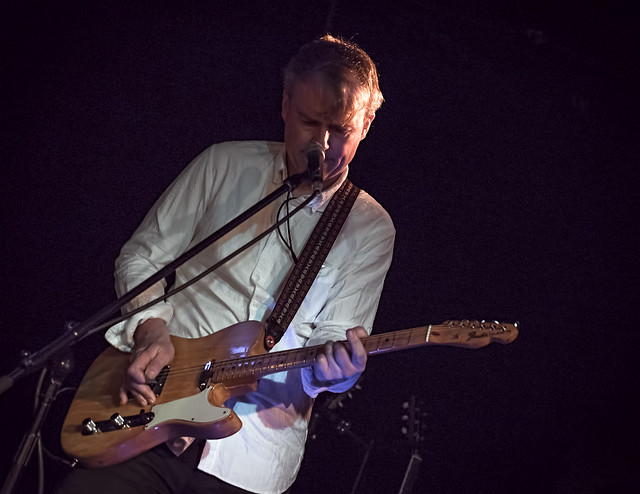 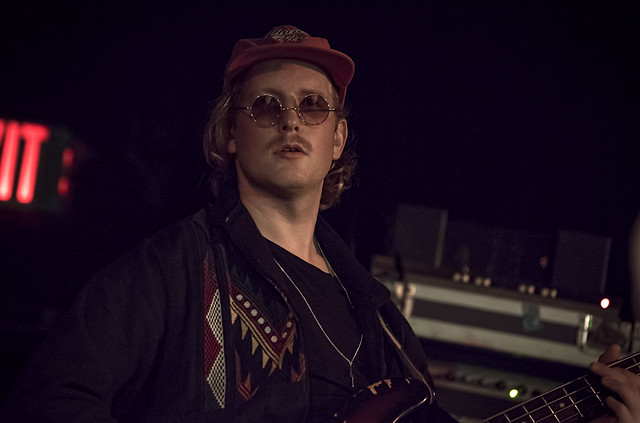 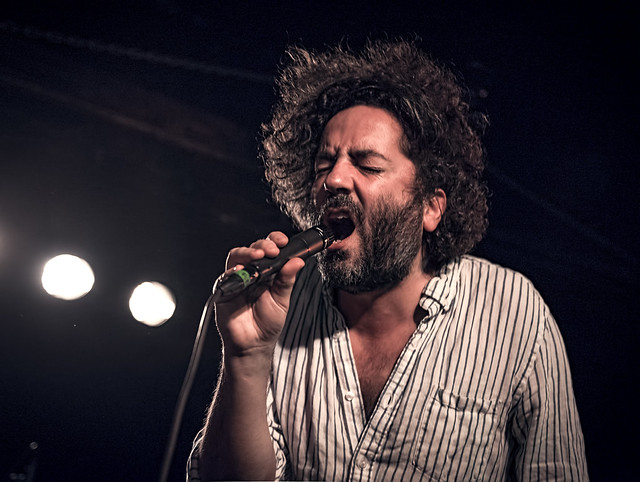 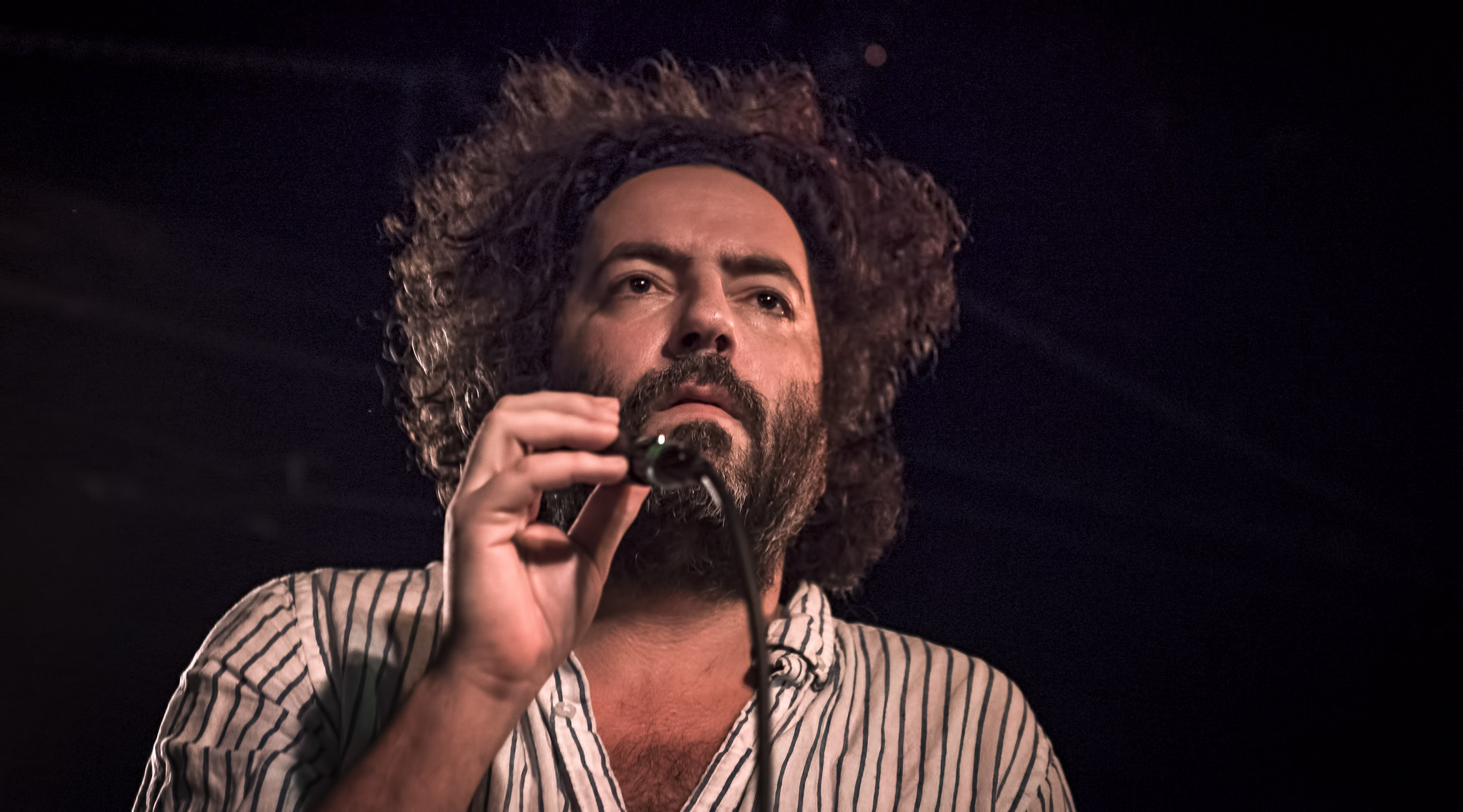 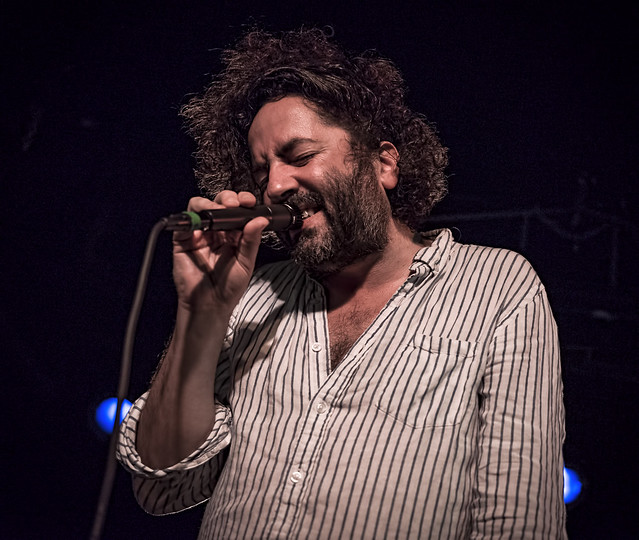 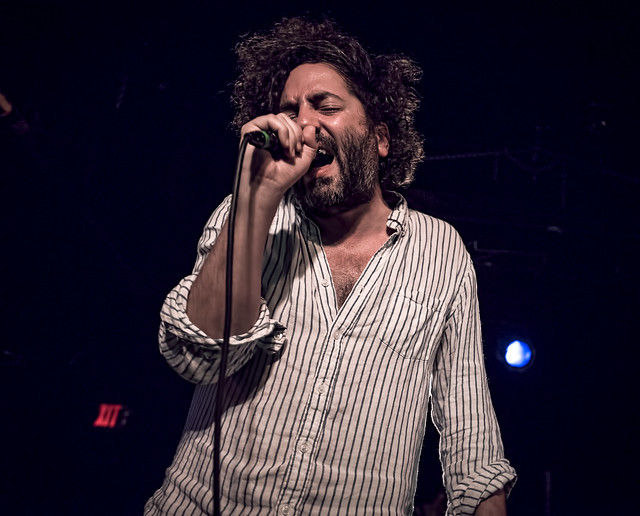 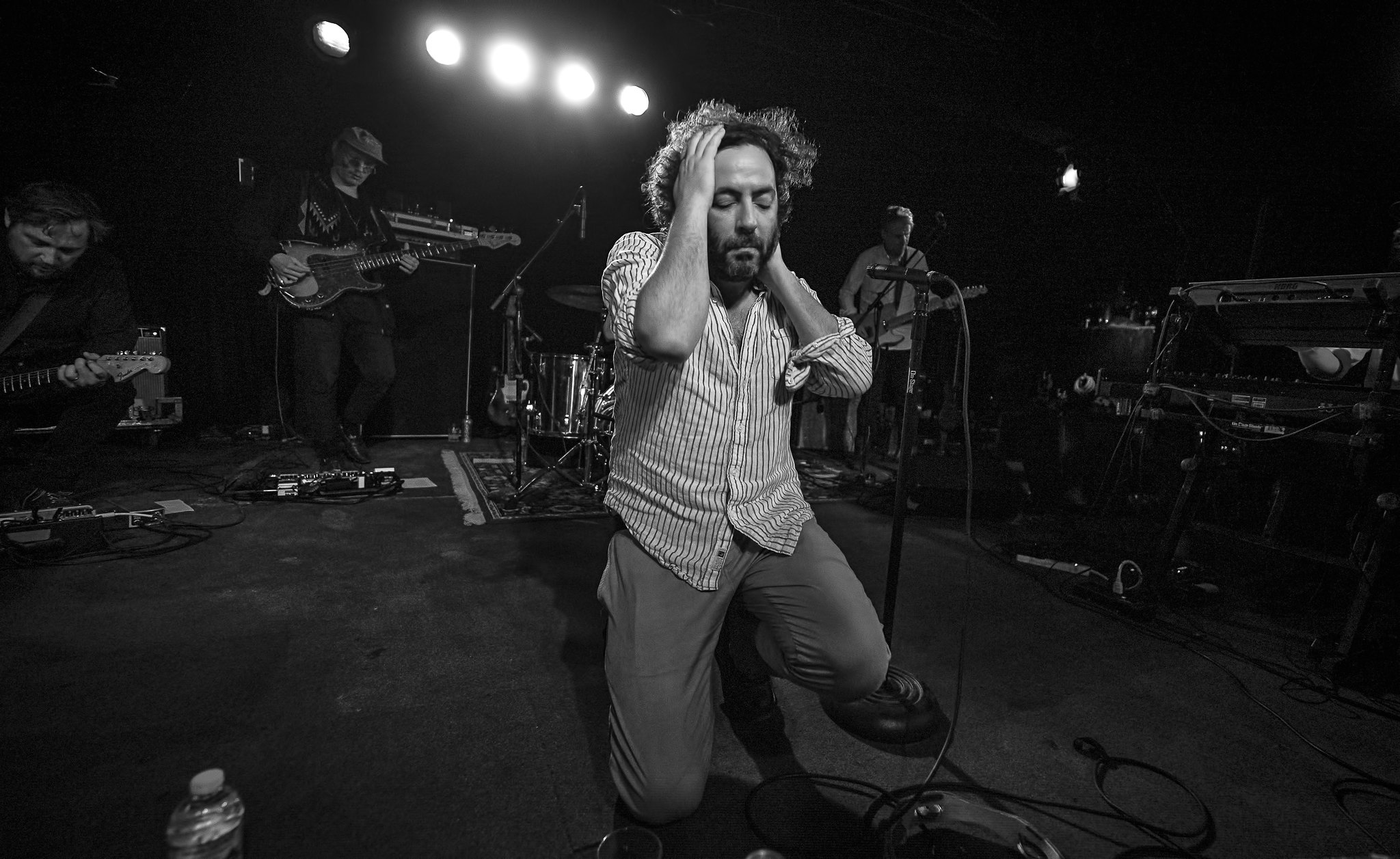 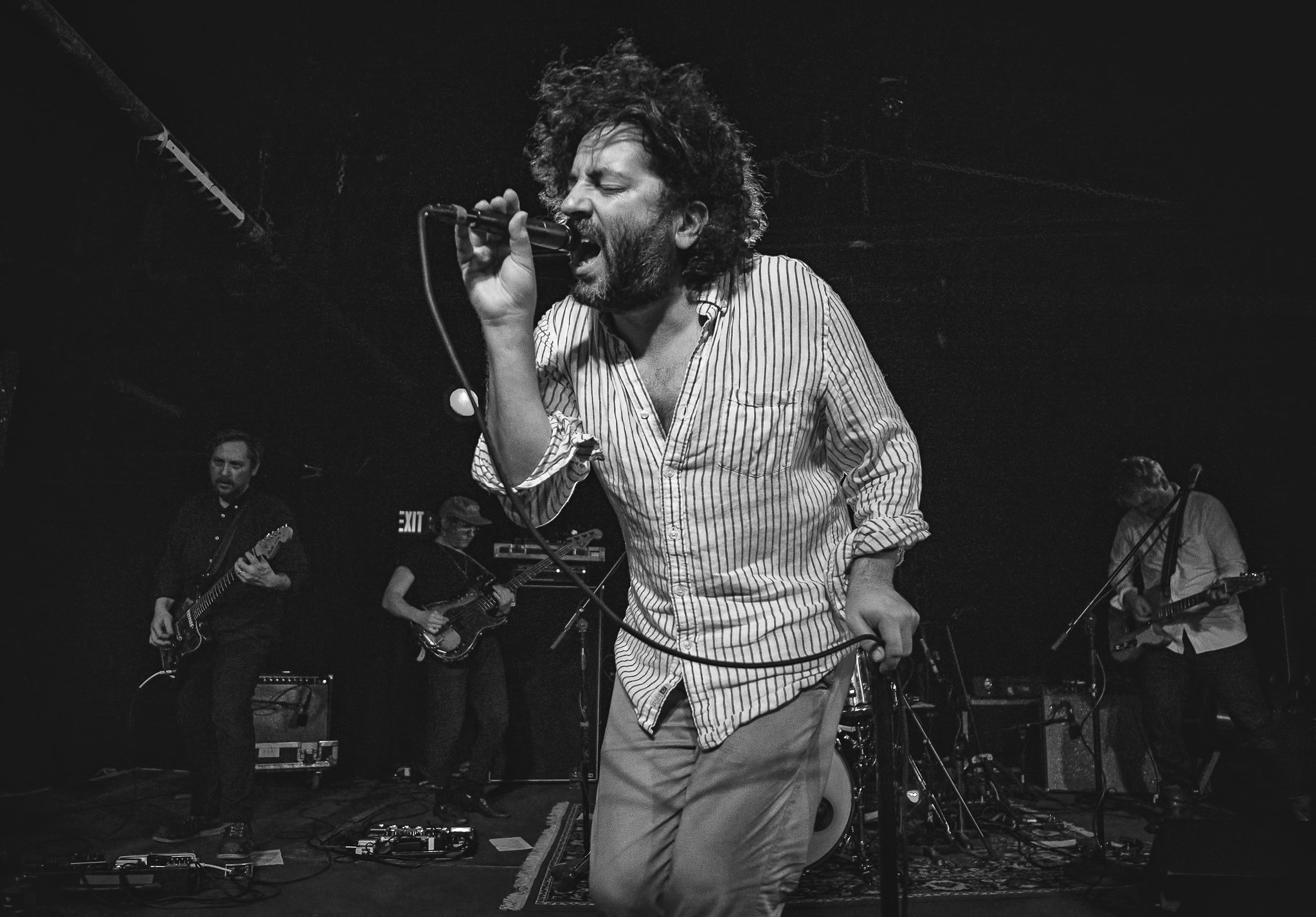 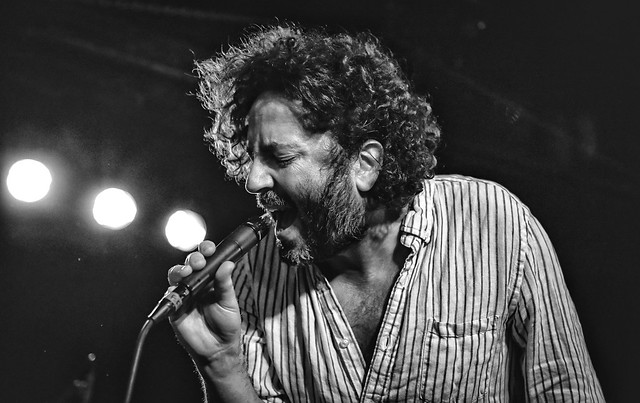