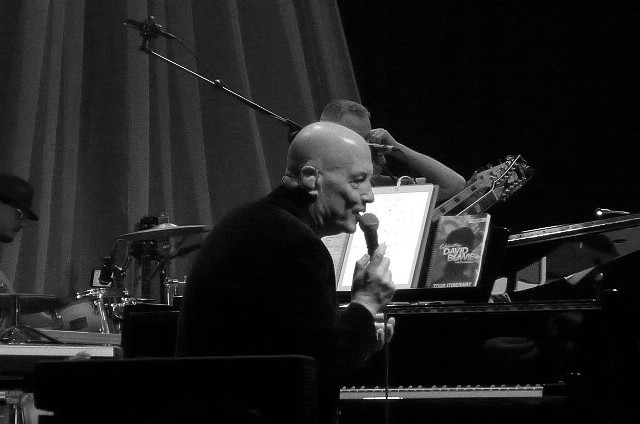 Together under the banner of Celebrating David Bowie, the band toured hits big and small from throughout David’s catalog dating from 1969’s David Bowie to 2003’s Reality. Indeed, Mike Garson, who organized this triumphant concept, began the show with “Bring Me the Disco King” from Reality, remarking that it was an encore selection when performed during The Reality Tour but should really start the show for our very crowded concert hall.

Mike himself was superb on piano. Part guru and part guide, the dapper New Yorker indeed was the glue that made Celebrating David Bowie so enjoyable. Himself both a warm storyteller and a cerebral perfectionist, Mike’s chosen bandmates imparted the character of David Bowie’s songs to the music, making the experience of such a performance truly unforgettable. And it’s no wonder they could do so as many of them co-wrote or played on the original recordings or performances of the very songs performed over 2.5 hours on Saturday evening.

Beginning with Aladdin Sane in 1973, Mike Garson collaborated with Bowie over more than 30 years. Mike recalled his initial audition with David and how he rendered “Changes” on a moving ballad on his piano. Bowie hired him on the spot.

On Saturday, Mike and company performed “Changes” with vocalist Joe Sumner, known to many of us as the son of Sting and frontman for alt-rock band Fiction Plane. Joe was a delightful vocalist, channeling an appealing mix of his famous father’s pitch with Bowie’s cadence. The Celebrating David Bowie band followed up with “Space Oddity” to the joy of the entire house, which caught its breath as vocalist Gaby Moreno took over.

Undoubtedly an unknown quantity to many in the audience, Gaby nonetheless proved the secret weapon of the night, whispering or wailing her way through Bowie songs with a passion and a zeal that most assuredly would have brought a smile to the face of the man himself. In the encore, Gaby and Mike tackled “Aladdin Sane,” the song that made Mike famous for its crazy jazz piano solo, and the prowess both demonstrated on that number alone was worth the price of admission.

I could sit here and write a volume on Earl Slick, and the frequent Bowie collaborator appeared as if coughed out of the space/time continuum fresh from a jam session with The Thin White Duke. Among the greatest contributions from Earl are the songs on the seminal album Station to Station, and Celebrating David Bowie took up “Stay” with a nod to Earl for co-writing the song. Recognition for his fantastic work surely put Earl in good humor, and that in turn was undoubtedly augmented by the presence of his son Lee John Madeloni on drums for the tour. Lee was a machine who surprised with his versatility throughout the Bowie numbers.

Singing on “Stay” was Bernard Fowler, who served as one of the primary vocalists for the evening. Best known perhaps as a backing vocalist for The Rolling Stones since 1988, Bernard impressed mightily from song one when singing “Bring Me the Disco King” until the very last song when he delivered the gift of a rousing rendition of “Heroes,” (–“that song written in Berlin,” said Mike).

Guitarist Gerry Leonard, who toured with Bowie on what would be his last tours, began the encore with an amazing version of “Loving the Alien,” a rare acknowledgement of David’s astounding ‘80s output for this particular show. Gerry explained how Bowie once summoned him with only a few days’ notice to perform at Carnegie Hall. They ran through “Loving the Alien” one time on the previous night, as Gerry performed it, and David reportedly said, “Great, play it just like that” prior to walking out the door. Gerry didn’t disappoint then or now in the stunning and unearthly beauty of the song.

Also immensely enjoyable was bassist Carmine Rojas who played on some of the best Bowie songs, including “Let’s Dance,” “China Girl,” “Modern Love,” and “Blue Jean.” In a very minor disappointment, we didn’t get any of those songs.

More disappointing perhaps was the promise of surprise vocalists on this tour, and for The Fillmore Silver Spring and undoubtedly later shows, this meant Corey Glover of funk metal band Living Colour. Corey apparently slept through his entrance cue, forgot the words to “Young Americans,” and continued to snooze his way through a lackluster stage performance. As he appeared on only three out of 23 songs in the show, you can simply skip him and take a bathroom break during this otherwise outstanding ensemble tribute to David Bowie.

If you’re a fan of David Bowie, treat yourself to this show, which only just began its US run on Saturday. Find Celebrating David Bowie tonight, Feb. 13, in Albany, New York, and chase the show through March 19, when it wraps in New Orleans. Maybe you and I can be heroes just for one day, but these folks have earned respect as musical heroes for the rest of their lives, and you will regret missing this tour if you don’t see them in a city near you. The full tour schedule is available at http://celebratingdavidbowie.com. 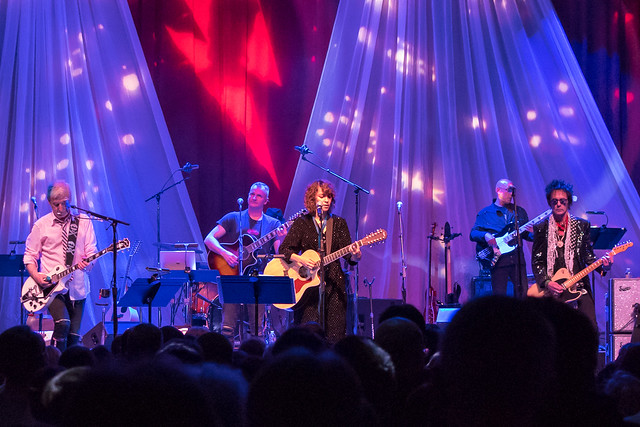 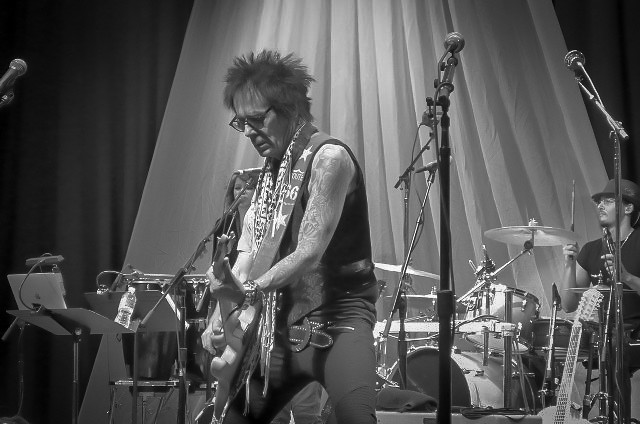 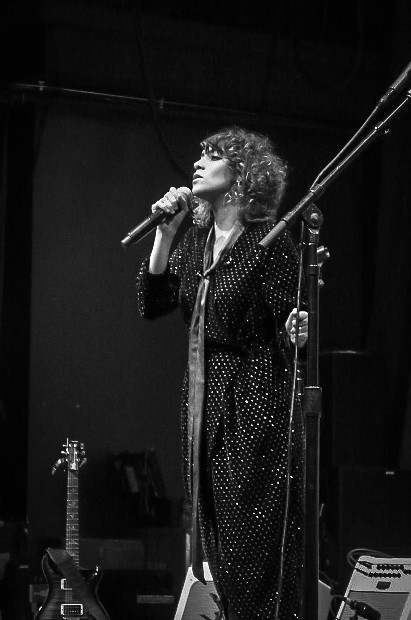 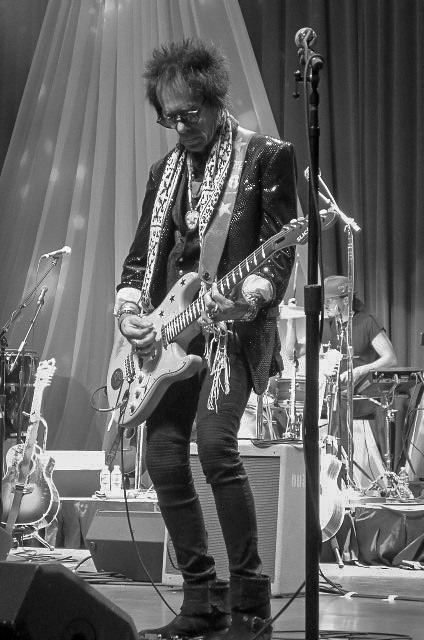 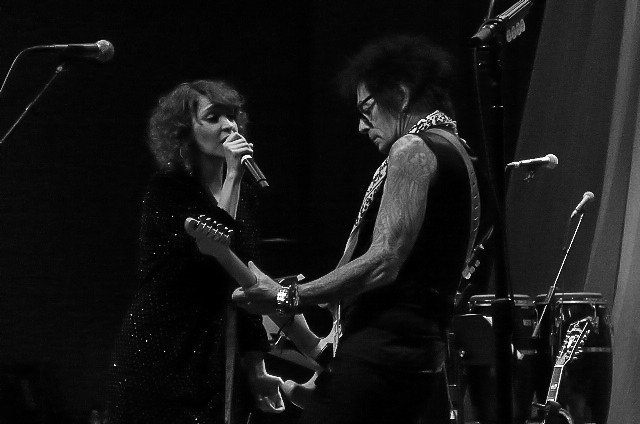 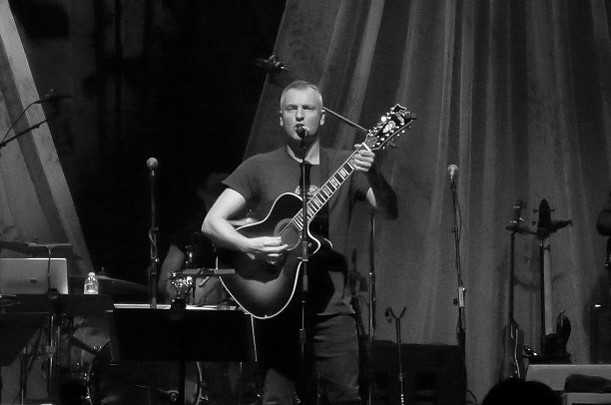 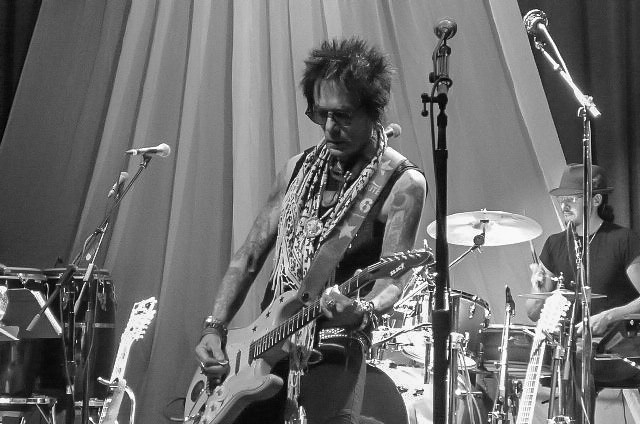