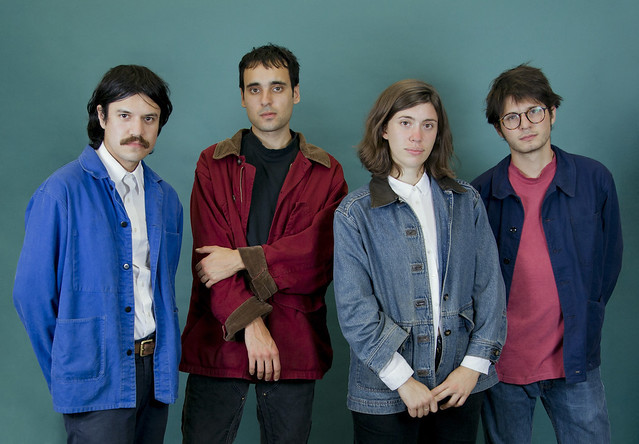 Noise rock quartet Palm released Rock Island, their latest full-length album, via Carpark Records on Feb. 9. The Philadelphia-based band are on tour with a stop at Rock and Roll Hotel on Saturday, March 24.

With no professional training, the members of Palm learned by doing, and the resulting experimental pop ensnared the attention of critics from the start. “Listening to the band often feels like watching a nail-biter of a championship game whose rules are known only by these four players; you’re not quite sure what kind of resolution you’re rooting for, but the process is mesmerizing,” said NPR.

Watch the official music video for “Dog Milk” by Palm on YouTube:

In a review for Pitchfork, Calum Marsh praises the band’s direction on the new album: “‘Dog Milk,’ the album’s strongest cut, is a dazzling blaze of anarchic inspiration that makes five-plus minutes of steel-pan drum loops and warring yawps feel like pure euphoria. It’s a vigorous song, animated by real imagination and brio. Not coincidentally, it’s the moment on Rock Island when Palm sound most comfortably themselves, bringing their gifts to bear less in hazy imitation of eccentric acts of old than in service of something startling and new.”