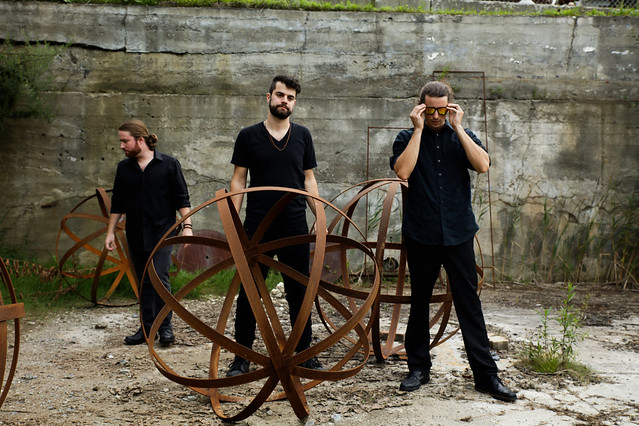 Trio lespecial released cheen, their second studio album, last fall. The band are on tour with a stop at The 8×10 in Baltimore on Wednesday, Feb. 21.

Childhood friends Luke Bemand, Rory Dolan, and Jonathan Grusauskas met in Connecticut and formed a band together in 2005. lespecial released Omnisquid, the band’s first studio album, in 2015. And they appropriately call their music “dark future groove.”

While lespecial may change their style dramatically from song to song, listening to their single “Sound That We Do,” featuring hip hop artist Zion I, certainly calls to mind the mix of downtempo, hip hop, rock, and trip hop you might find in Damon Albarn’s animated band Gorillaz.

Listen to cheen by lespecial on Bandcamp:

In a review for NYS Music, Rick Disotell said of cheen, “Continuing to forge their unique sound and amalgamate several genres, cheen showcases the power trio’s considerable talent and innovation.”

He added, “lespecial has spent several years cultivating a dedicated fanbase with a sound that cleverly interweaves psychedelia, technical math-rock, metal, electronica, and a tribal influence that feels like it comes from deep in the jungle.”

Hear that unique sound for yourself. Buy your tickets online.