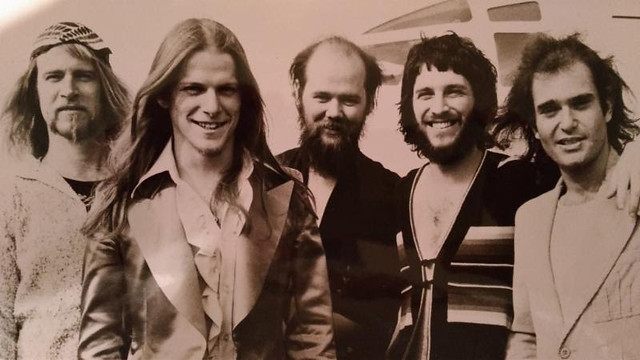 Critically acclaimed Southern rock band the Dixie Dregs will perform at the Lincoln Theatre in DC on Wednesday, March 7, in a stop on their Dawn of the Dregs Tour. The national headlining tour marks the first time in 40 years the original band performs together on one stage.

“This tour is the result of the overwhelming requests we’ve received from a loyal audience of diehard Dregheads, and new fans who have never seen us perform live, but discovered the band for the first time through Steve’s membership in Deep Purple, or Rod as the drummer for Winger,” said Andy West. “We can’t wait to play for them all,” adds West.

Watch Dixie Dregs perform “The Bash” live at the Montreux Jazz Festival in July 1978 on YouTube:

Steve Morse and Andy West formed a band called Dixie Grit while still in high school in Georgia. At the University of Miami School of Music, they expanded their lineup to include Allen Sloan and Rod Morgenstein and became the Dixie Dregs. In 1975, the group recorded a demo album, The Great Spectacular, at the University of Miami and then re-released it on CD in 1997.

After graduating, Dixie Dregs recruited keyboardist Steve Davidowski to complete the band. Together, they combined a unique blend of Southern rock, progressive rock, hard rock, and even jazz to create their signature sound. Soon, Capricorn Records signed the Dixie Dregs to record Free Fall (1977). The last studio album from the band came with Full Circle in 1994.

But now the Dixie Dregs are back! Buy your tickets online.