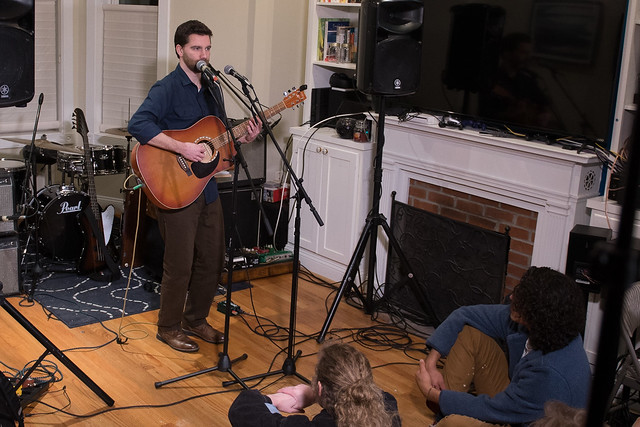 “Born in DC and raised by the world,” Eli Lev proclaims on his website, and the proof is in his sound. The folk musician performs as a solo artist and with his new band, The Fortunes Found, whose bluesy nouveau folk is truly something to behold on stage, as seen at Sofar Sounds on Monday.

Performing in a living room space on Monday, Eli didn’t truly need his abundant charisma to ensure the audience. His soulful tunes however created immersive experience that clearly moved the gathering for Sofar Sounds. With the full-band sound of Fortunes Found, his live shows a hot ticket on the local DMV music scene.

As part of a Sofar Sounds house show on Capitol Hill on Feb. 19, Eli performed as one of three artists, each playing four songs each. Every lineup for Sofar Sounds is specially curated to give audiences a diverse show. A Sofar (“songs from a room”) gig is an intimate show held in a unique venue, like someone’s living room or an antique shop.

Eli’s four-song set started with “Making Space,” a track from All Roads East, a new EP by Eli Lev and The Fortunes Found, which was released in November. He then performed a Spanish number, “El Dia y Tu Amor,” as a duet with Laura Love. His last two songs — “One Road” and “Treason” — will appear on an upcoming album due later this Spring.

Although Eli did not perform “Go Down” from All Roads East, Paste magazine singled out the track in a review of the album. “Lead single ‘Go Down’ (and its accompanying music video above) is a bluesy mixture of folk, Americana, and rock inspired by Lev’s constant traveling. ‘Go Down’ in particular is inspired by a series of baptisms that he witnessed on the Jordan River,” said Louise Parker.

Watch the official music video for “Go Down” by Eli Lev and The Fortunes Found on YouTube:

You can catch Eli Lev’s next DC live performance on March 1 at Electric Maid in Tacoma Park. Visit his website at http://www.eli-lev.com to download his latest album, All Roads East.

For information on upcoming Sofar Sounds shows in DC, and how to participate, visit http://www.sofarsounds.com. Sofar Sounds hosts their “secret shows” in undisclosed locations, known only to the artists and attendees.

Here are some pictures of Eli Lev performing at a Sofar Sounds DC performance on Feb. 19, 2018. All photos copyright and courtesy of Ari Strauss. 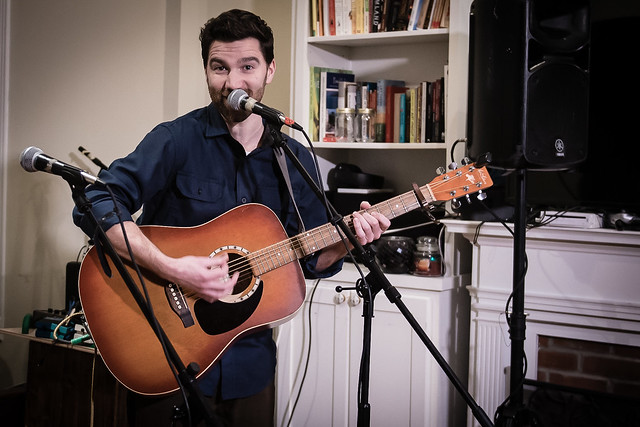 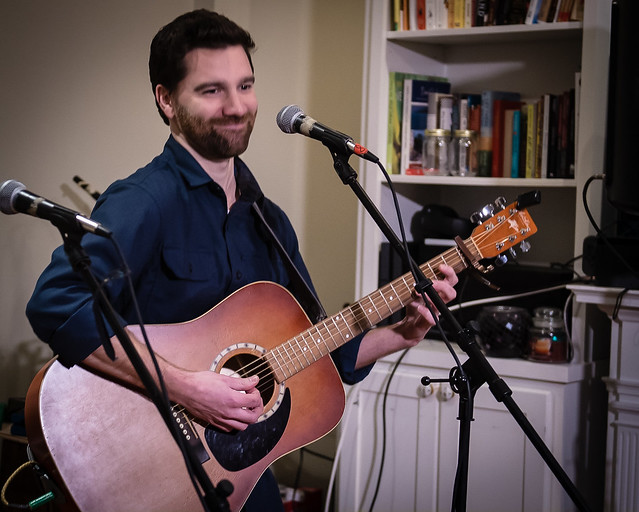 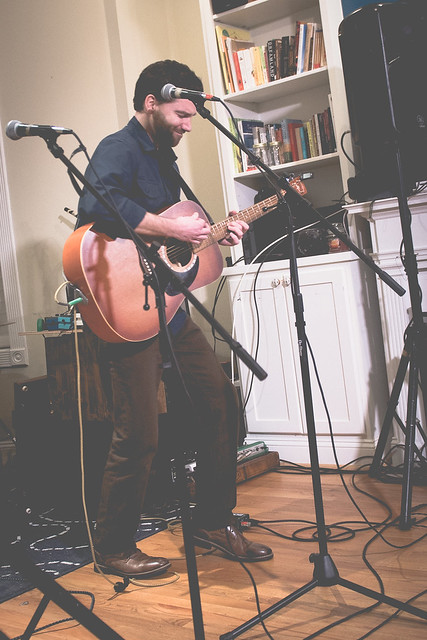 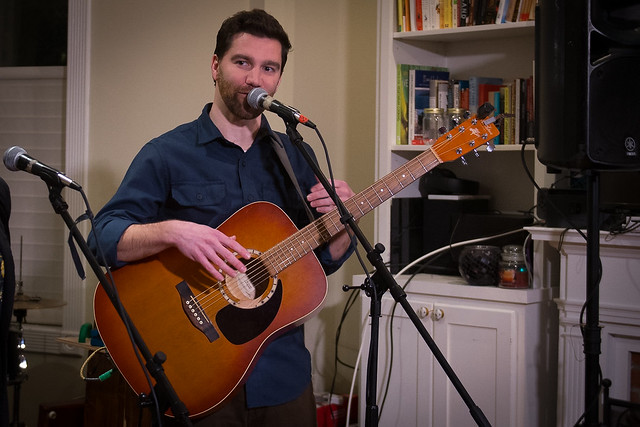 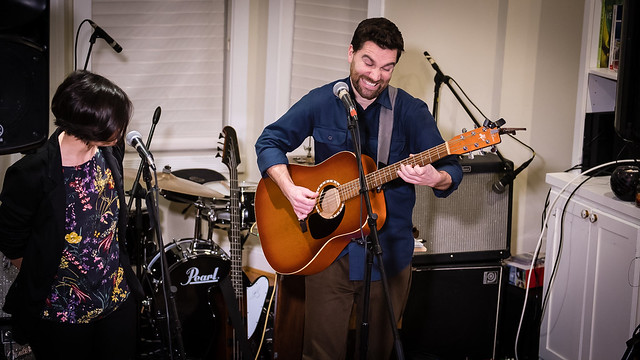 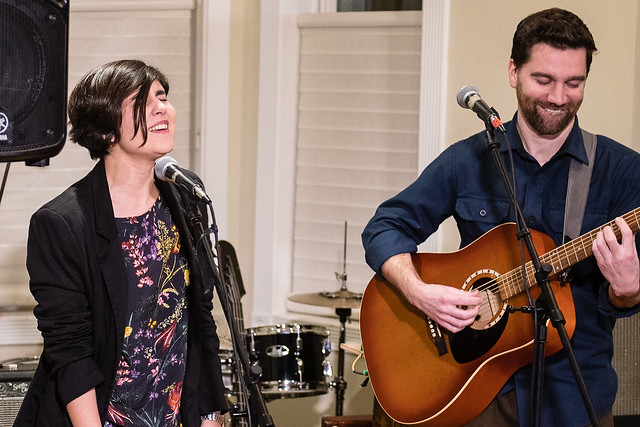 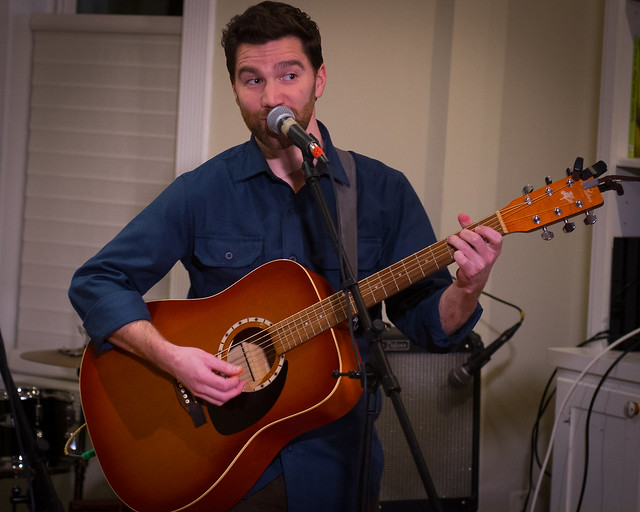 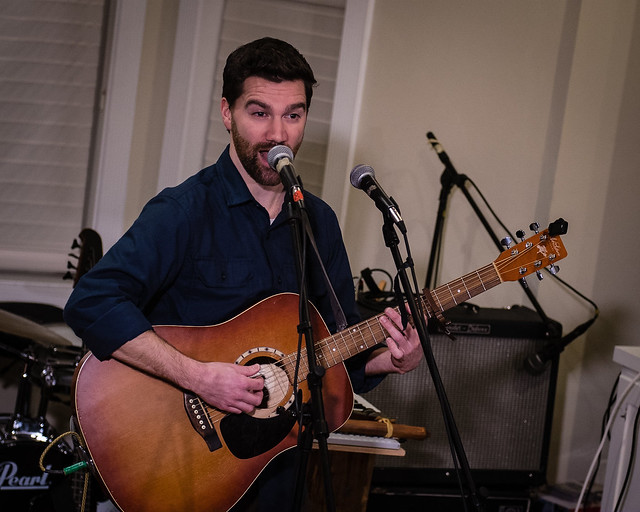