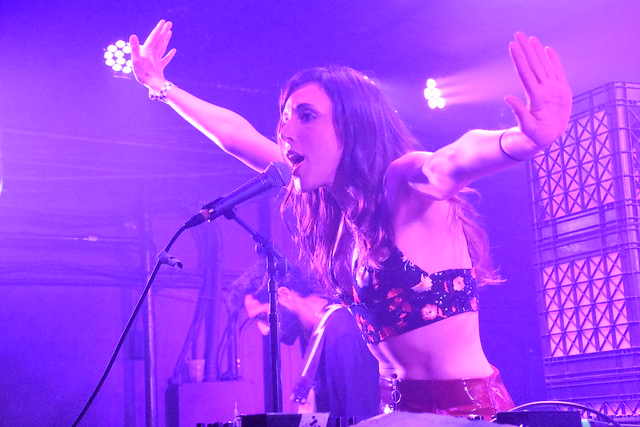 DC synthpop trio Loi Loi will open Jenny and the Mexicats at DC9 on Wednesday, Feb. 28. Make sure to catch this terrific line-up for a night of great pop music with songs in English and Spanish!

Watch the official music video for “You May Be” by Loi Loi on YouTube:

In a review when Loi Loi opened Yacht at Rock and Roll Hotel recently, Parklife DC observed, “Kristie appeared to pull influences from all over the world into a seamless mix of powerful dance music in her band’s 10-song set. Ever cosmopolitan, Kristie occasionally sang in Spanish, and several of those songs carried the tempo of global dance hits paired with her occasionally bluesy voice.”

Several of the band’s songs sit comfortably next to the upbeat dance numbers of The Human League or steep in the mature melancholy of Laura Branigan to our ’80s-friendly ears. All three bandmembers are crackerjack performers, capable of launching a sonic assault of eurobeats to your heart.