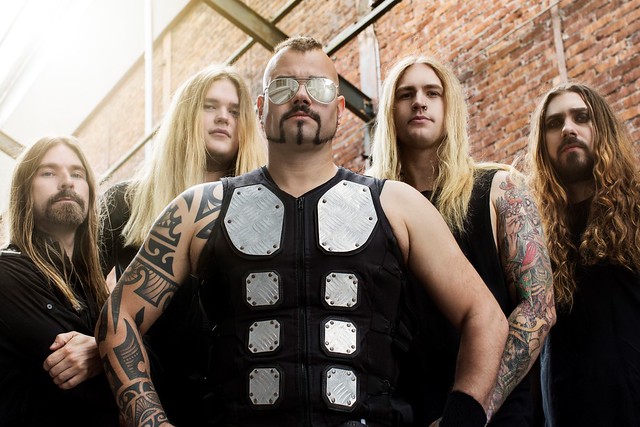 Swedish heavy metal rockers Sabaton released The Last Stand, their eighth studio album, in 2016 via Nuclear Blast. The Swedes now invade the United States, as they are on a co-headlining tour with Kreator, their German thrash metal friends, and the two bands perform at The Fillmore Silver Spring on Wednesday, March 7.

Sabaton formed in 1999, and since then, the band meticulously researched historic battles to ensure the accuracy of their lyrics. You see, they sing about historical events, narrated either as an impartial narrator or as a first-person soldier fighting in battle! As musical war historians, Sabaton strive to remain politically neutral.

The Last Stand performed well for the band, debuting at #63 on the Billboard Top 200 Album chart. Frontman Joakim “Jocke” Brodén and company only recently released an official music video for the title track.

Watch the official music video for “The Last Stand” by Sabaton on YouTube:

The Last Stand draws inspiration from battles such as the 1877 Battle of Shiroyama, the 1918 Meuse-Argonne Offensive, and the 1314 Battle of Bannockburn.

In a review for Metal Wani, Dawn Brown praised the resulting album, calling it “an 11-track jewel in the ever-growing crown of Power Metal.” She added, “With clear vocals, ripping solos and epic lyrics, Sabaton paints a vivid picture of battle, from the Scottish Revolution to World War II.”

Sabaton bassist Par Sundström said, “We are excited to return to American grounds after the last successful tour. Teaming up with our friends in Kreator, we are able to play larger venues which allows us to bring a bigger production than we ever brought into America.”