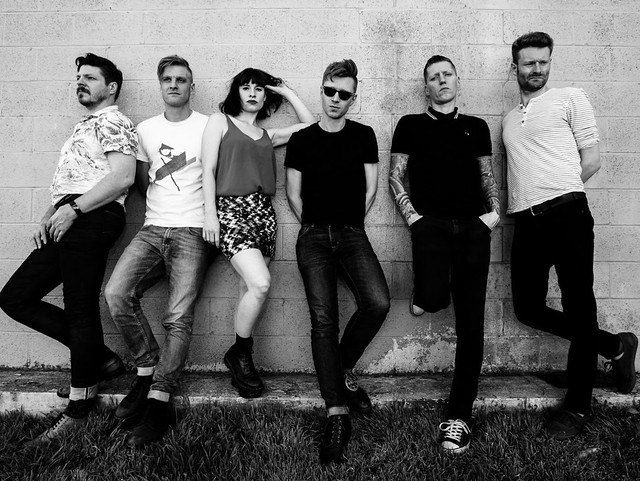 UK folk band Skinny Lister released The Devil, The Heart & The Fight, their third studio album, in 2016, but the sextet is in the United States on a tour right now — tonight in Kansas City, Missouri, arriving locally to perform at the Rock and Roll Hotel in DC on Tuesday, March 13.

Skinny Lister released a special double-disc version of The Devil, The Heart & The Fight with three new songs in October via Xtra Mile Recordings. The band may have started out firmly on folk ground with their debut album, 2012’s Forge & Flagon, but they certainly became punkier by the time they released their second, Down on Deptford Broadway in 2015. The extra songs on the new release of the third album keep things a bit political, as evidenced by “Thing Like That.”

With their new album, Skinny Lister incorporated more punk and more ‘80s elements into their folk sound, taking cues from Adam Ant and The Clash.

In a review for Renowned for Sound, Daniel Patrin cheered the results: “Demurring slightly from their stripped down and raw sound that made up their previous two albums, The Devil, The Heart & The Fight is Skinny Lister’s most provocative and vigorous work yet. The band have clearly worked hard in order to reanimate the proud vitality and musical essence of their heritage, doing so with a contemporary vision and rhythmic concentration.”