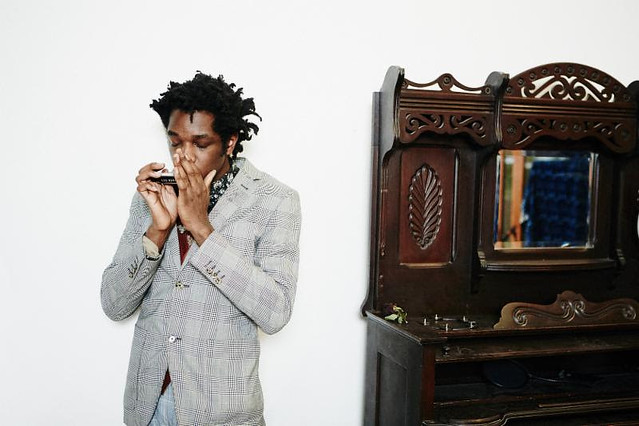 Lookman Adekunle Salami, better known as LA Salami, will release his full-length sophomore album, The City of Bootmakers, through Sunday Best Recordings on April 13. The week prior, he will perform at DC9 on Tuesday, April 7.

LA Salami began his recording career with two EPs, Another Shade of Blue (2013) and The Prelude EP (2014), prior to releasing his debut LP, Dancing with Bad Grammar, in 2016. The blues rocker kept recording, dropping EP Lookman & The Bootmakers last year while prepping his new album. He recently released a single, “Terrorism (The Isis Crisis),” with an animated video.

Said LA Salami, “I think the video and song are pretty self-explanatory. If it’s not, well, key words to consider would be ‘irony,’ ‘hysteria,’ and ‘consequence.’”

Watch the official music video for “Terrorism! (The ISIS Crisis)” by LA Salami on YouTube:

When LA Salami’s debut album was published, WNYC’s John Schaefer made some interesting observations about Lookman’s “post-modern blues,” singling out opening track “Going Mad as the Street Bins” for praise.

“It shouts out to the late hip-hop producer J Dilla, but the sound is rooted in the mid-20th-century ‘talking blues’ sound, with Salami channeling his inner Woody Guthrie, while a distorted electric guitar slyly transforms and subverts the song’s old-timey feel,” said John in a review.