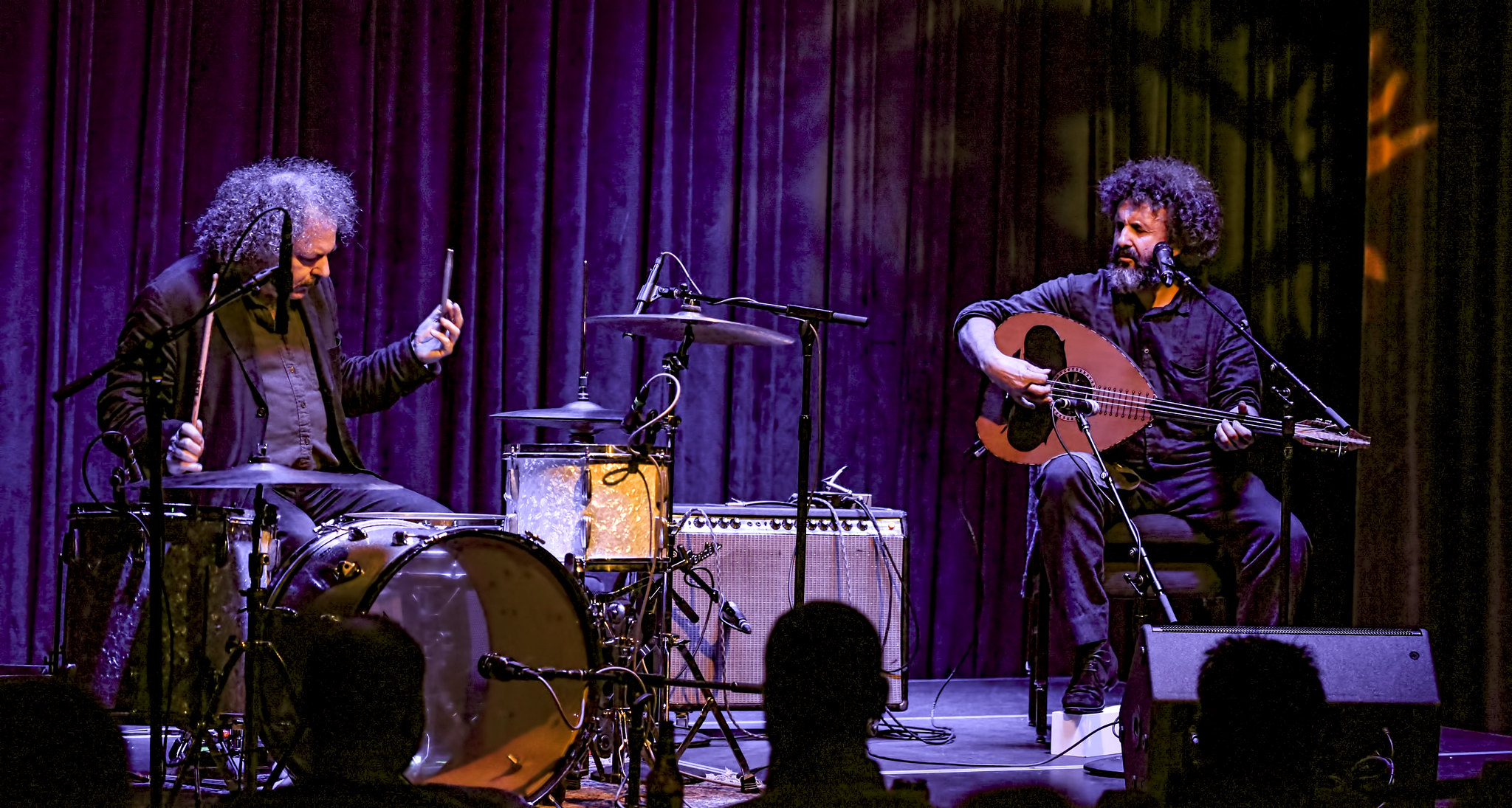 Xylouris White entrances at the Creative Alliance on March 1, 2018. (Photo by David LaMason)

Almost immediately after you see George Xylouris (laouto, Cretan lute) and Jim White (drums), you get the feeling they are two halves of the same whole. As the story goes, Jim met George back in 1990 in a bar in Australia but didn’t start recording and really touring together until 2013. And to a degree that friendship, built over decades, is the fuel for Xylouris White as we saw in a harmonious performance on Thursday at the Creative Alliance at the Patterson Theatre in Baltimore.

George is an accomplished laouto player from Crete who has transformed the instrument over years in his own Xylouris ensemble, and Jim White is probably best known as the drummer/percussionist in Australian outfit the Dirty Three — and collaborations from Cat Power to the recent Courtney Barnett and Kurt Vile album Lotta Sea Lice.

Since their first album, 2014’s Goat, Xylouris White has been expanding on their sound. From primarily instrumental and at some times experimental pieces to songs that incorporate George’s powerful voice. On a number of pieces from the album 2016 album, Black Peak, lyricist Mitsos Stavrakakis provided the words (see “Black Peak,” “Forging,” “Hey Musicians”) and the poetic nature of many of these lines lend a weight: “I feel the earth tremble underfoot / It is the wrath of the world forever increasing” from “Forging,” and “Son of Sky and Earth / The moon in my embrace / I release my mind / The clouds are my ceiling” from “The Feast.”

That continues on “Mother” with lyrics from Stavrakakis  — such as “I’ve got your love roots in my heart / And your blossom in my mind / I float in your scent / Because your scent is beautiful” — all delivered in George’s sometimes manic and other times calming vocals.

Thursday at the Creative Alliance at the old Patterson Theater, George and Jim gave this Baltimore audience something special. Jim provided both steady rhythm and percussive accents to each song, sometimes accentuating each beat with an extension of his arms while George, sitting atop two chairs with his lute frantically strummed and gently plucked the lute. 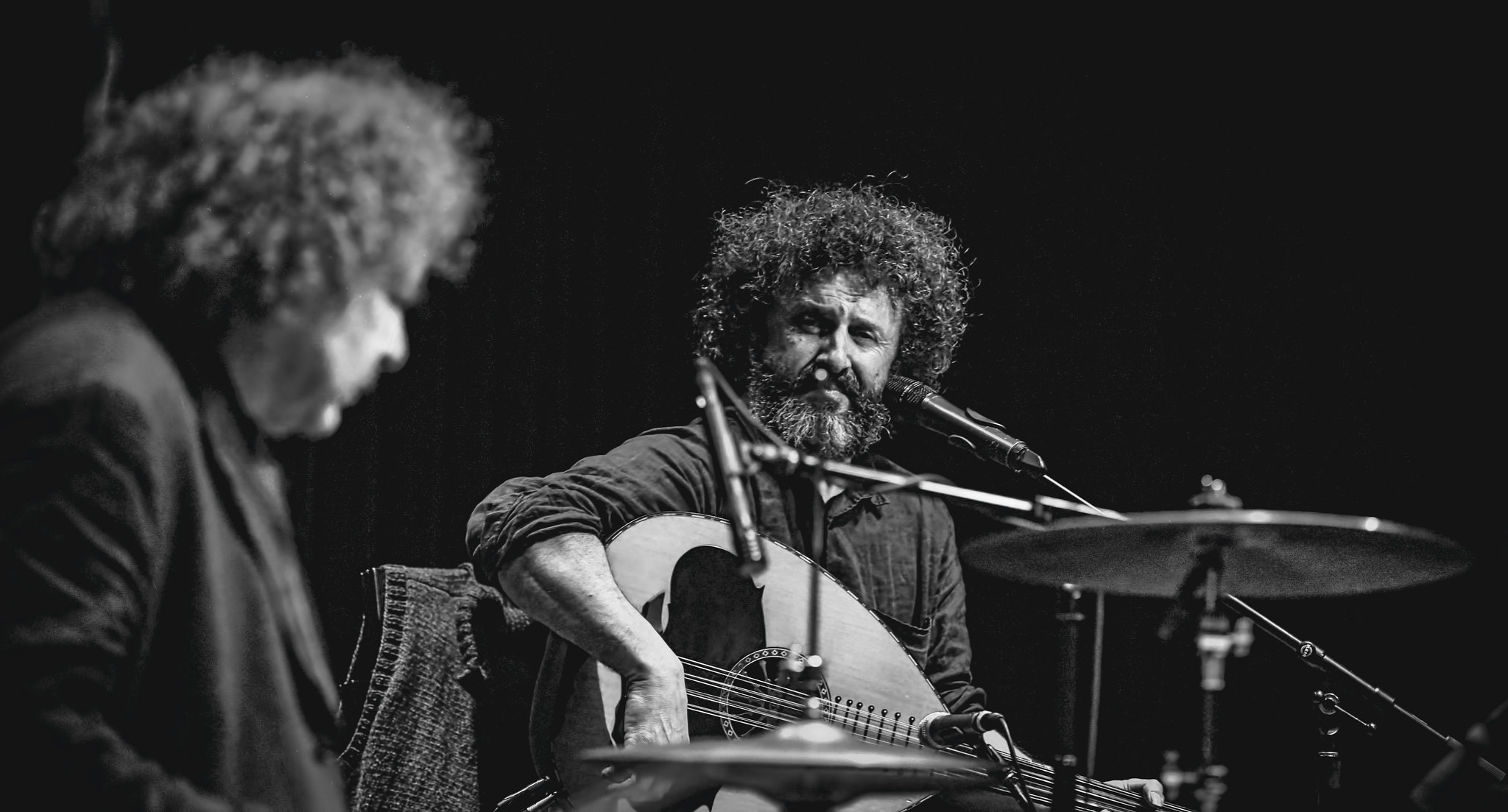 The show was a fantastic moment that felt more like sitting around with a group of friends. Jim even joked that while they were walking about town, someone had asked where they get their hair done.

Watch a video of “Only Love” from the album Mother by Xylouris White on YouTube:

Sometimes when you’re in a room with other people who are there for the music and not merely there as a social escape, you get these special moments when the reverence and attention paid to the performer becomes a part of the experience. As George introduced the next song, “Lullaby,” the last track on Mother, the place was transformed — no shuffling, no murmuring — into a canvas devoid of distractions as George sung in a hushed baritone.

Baltimore has a very tight-knit Greek community. Just a few blocks away is the start of the old Greektown neighborhood. And it was clear that several of those there to see Xylouris White were well versed George Xylouris’ catalog. Not only George but his father, Antonis Xylouris, the famous lyra player. As I was leaving, a man coming out of the theater asked, “Hey, you know these guys?” “Of course,” I replied. “You know his father is a genius… You should check him out. He’s a really big deal.”

Xylouris White continue their tour. Definitely check them out here.

Here are some pictures of Xylouris White performing at Creative Alliance at the Patterson Theater on March 1, 2018. All photos copyright and courtesy of David LaMason. 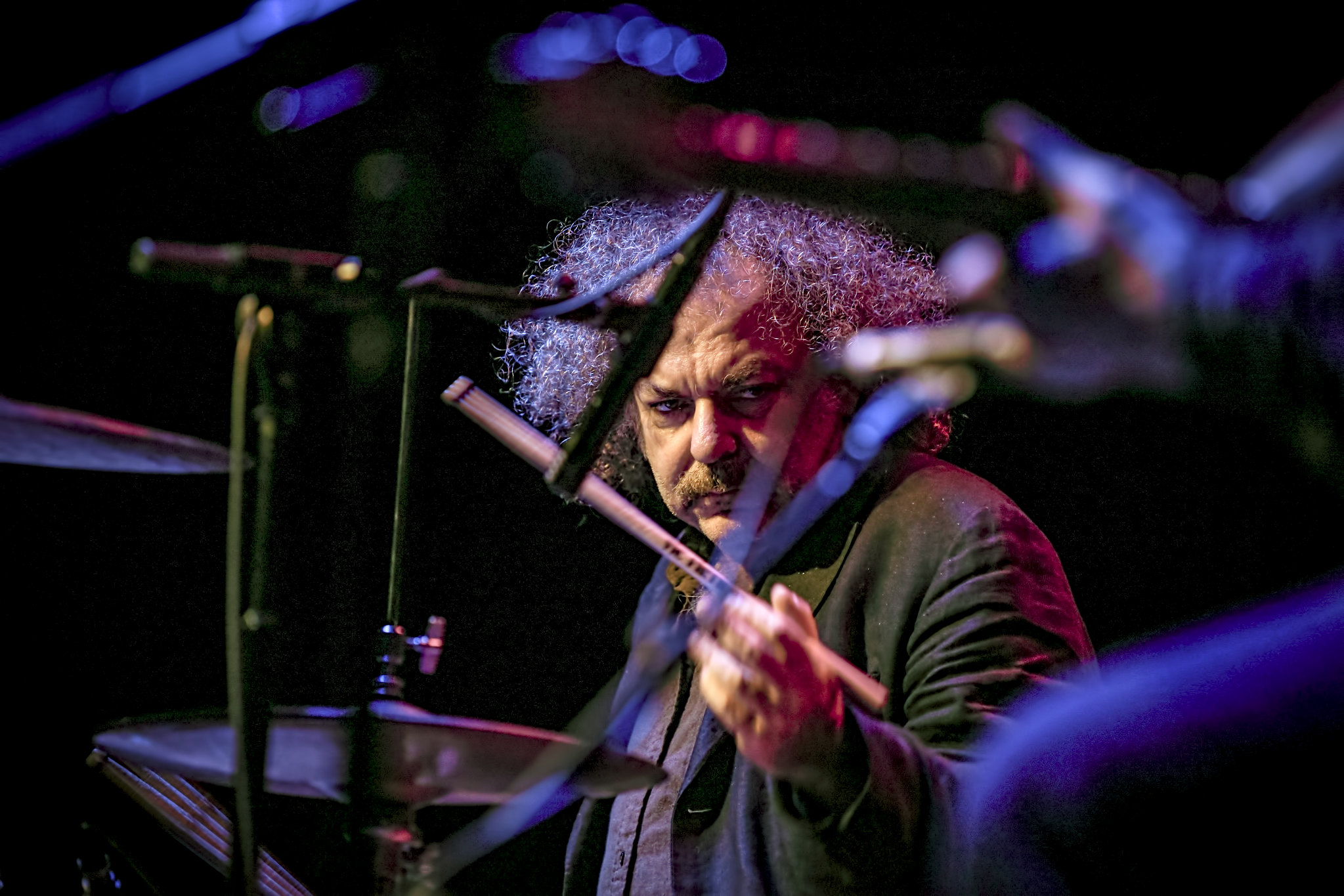 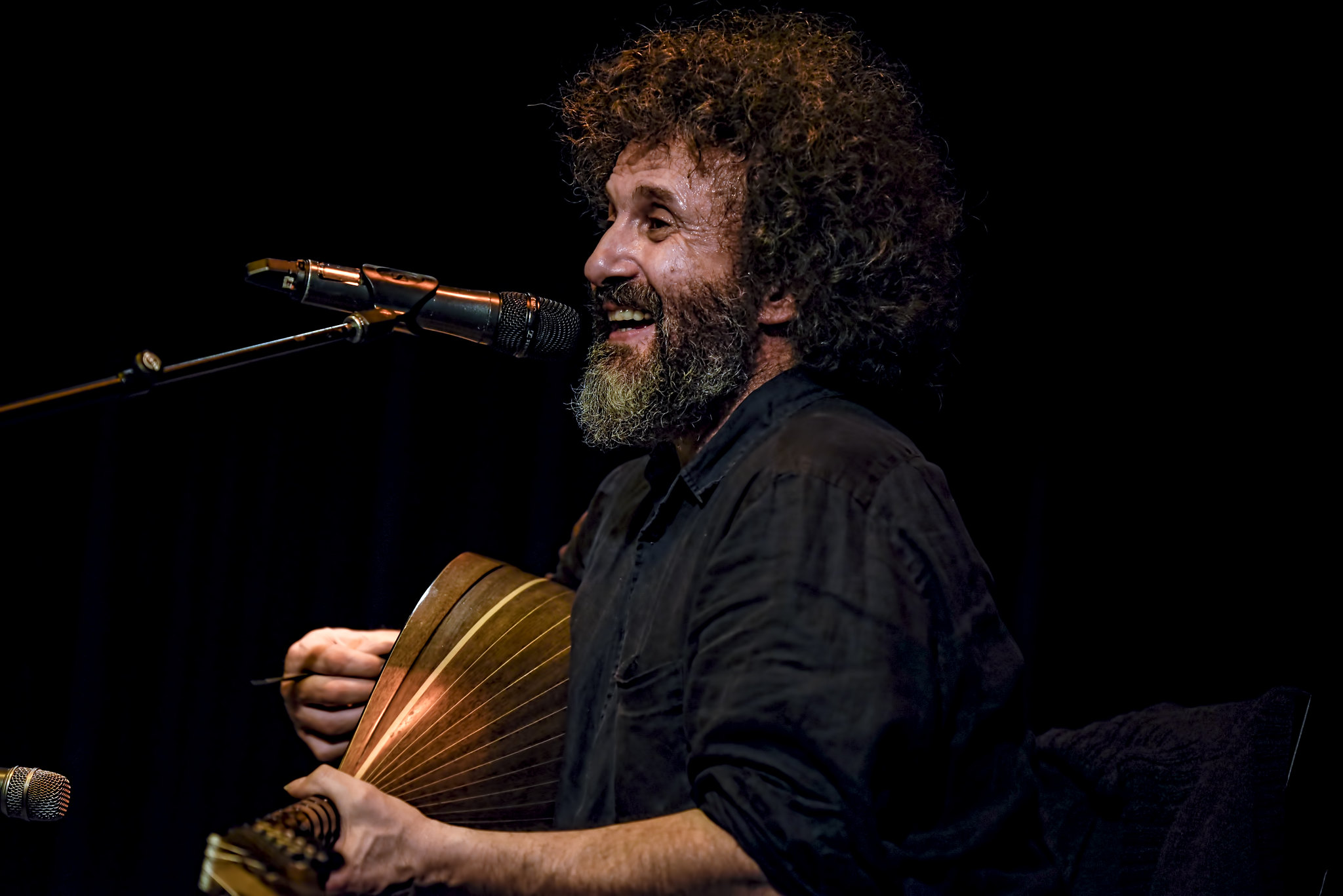 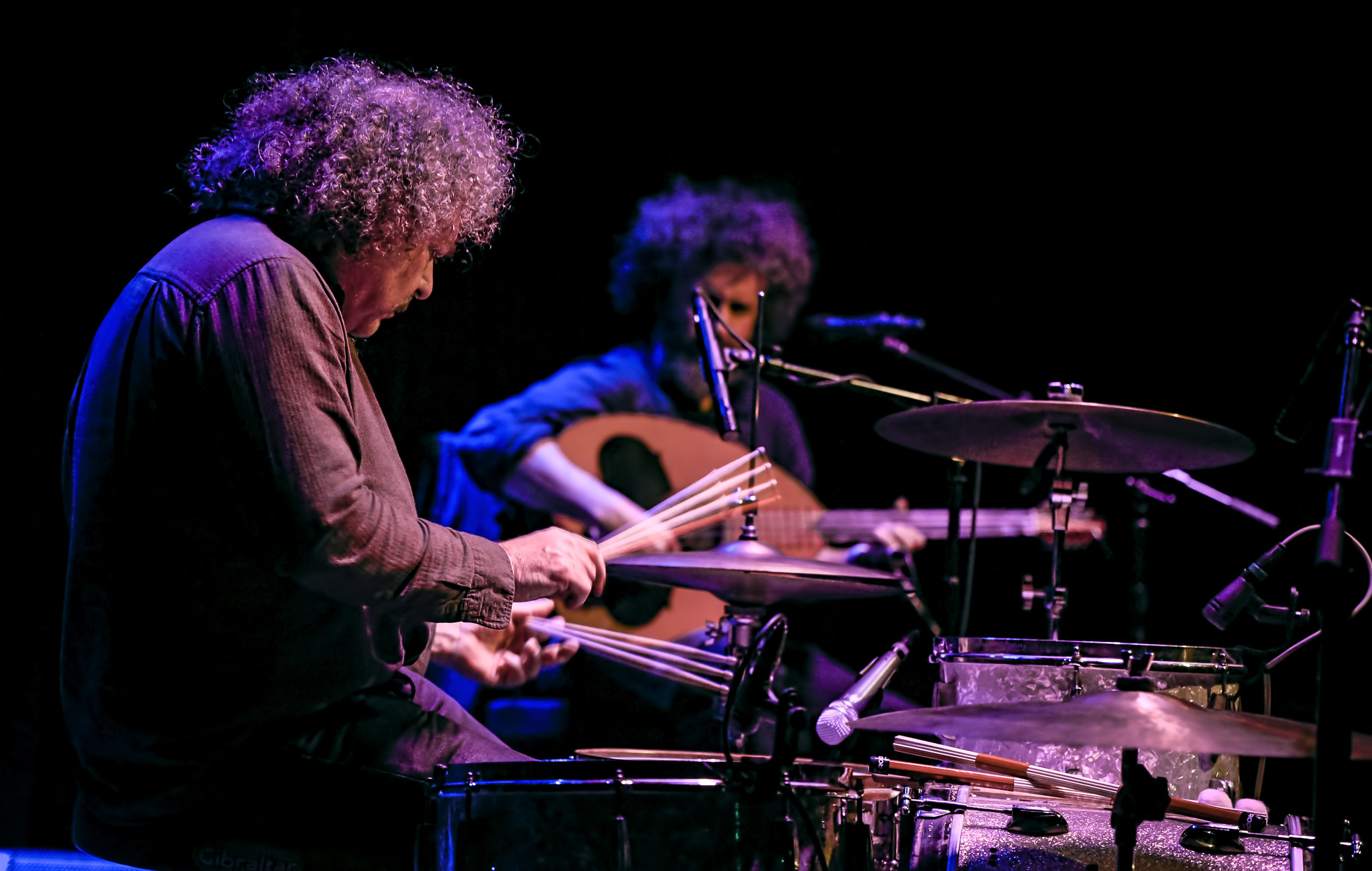 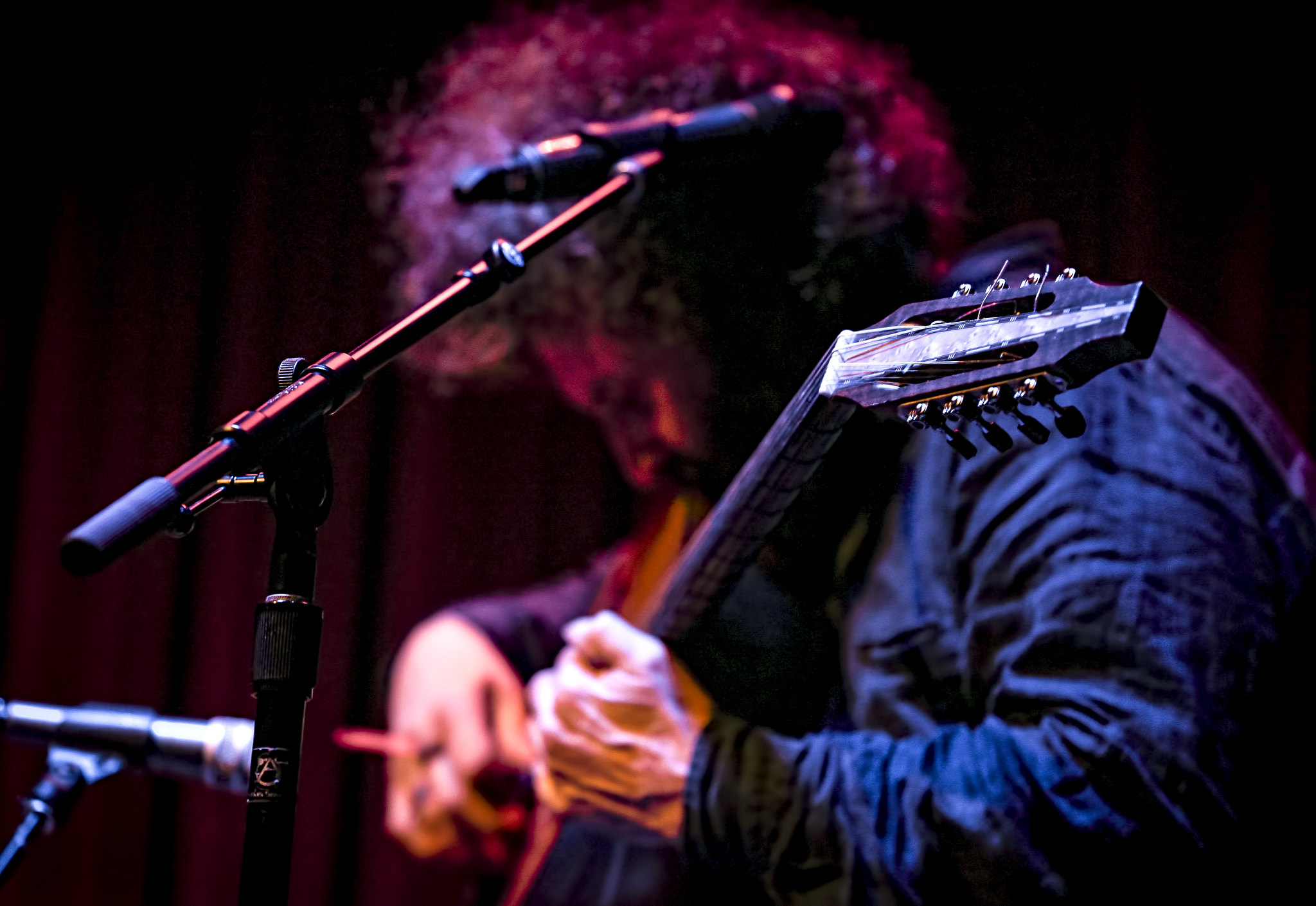 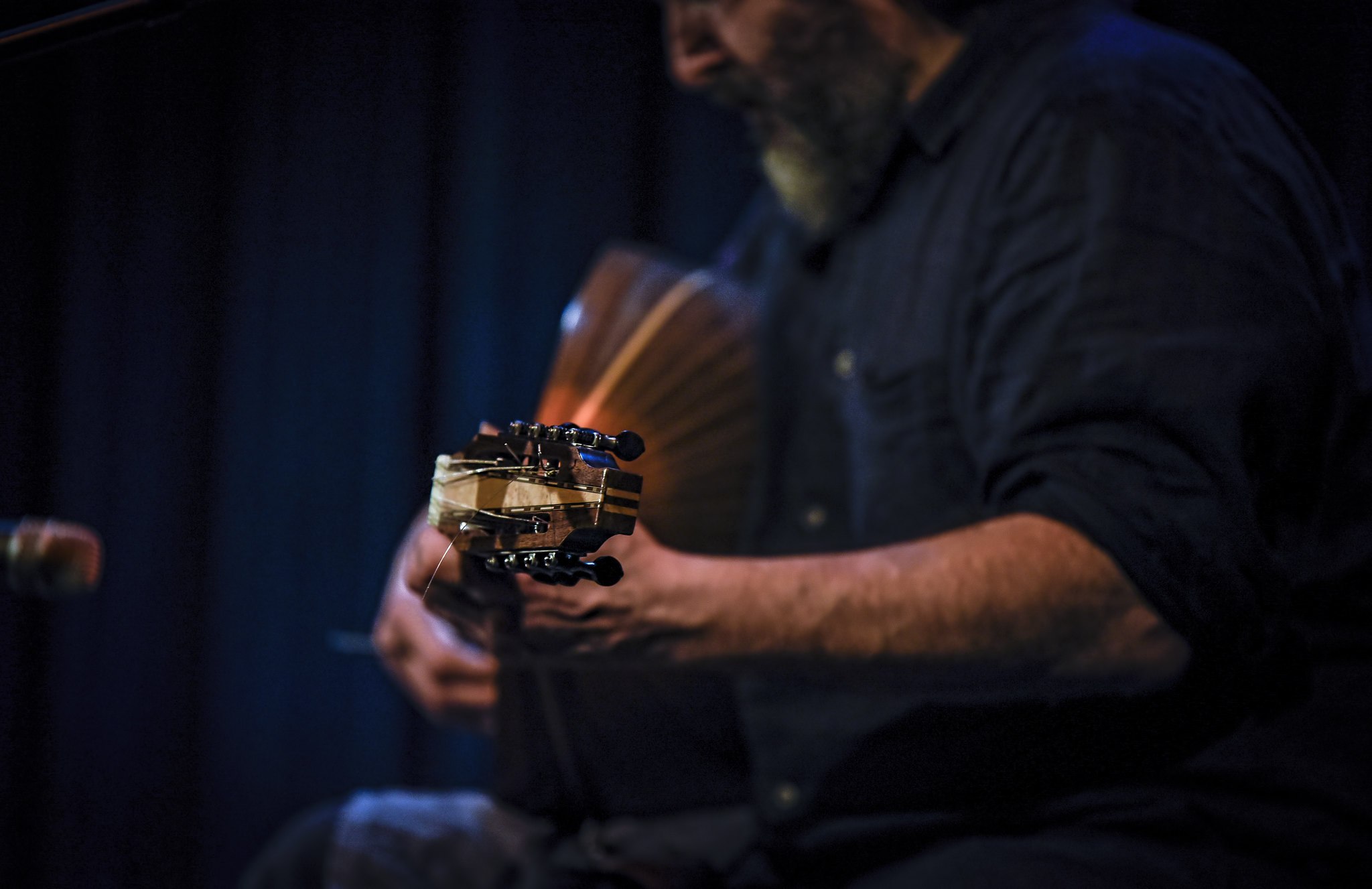 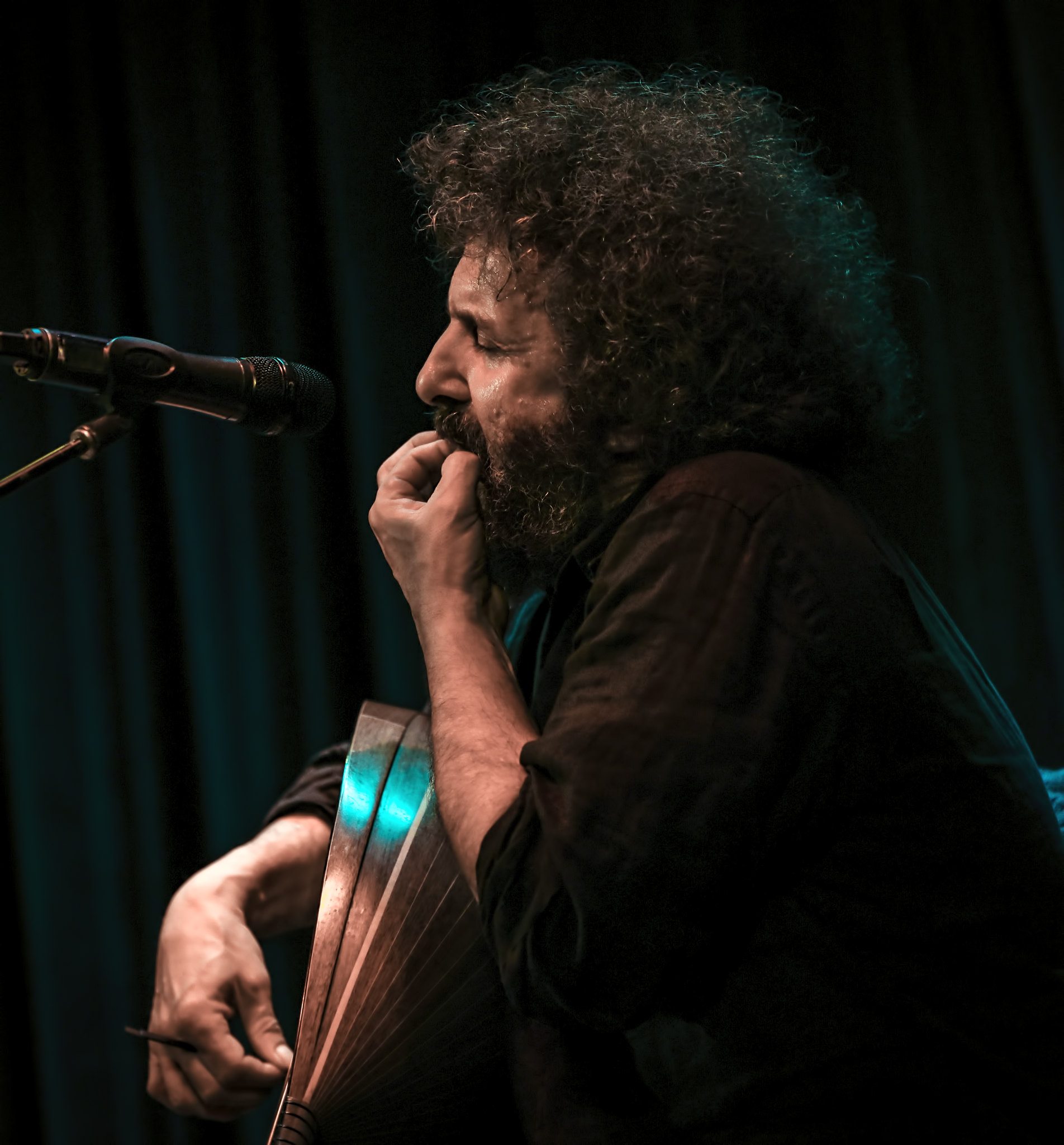 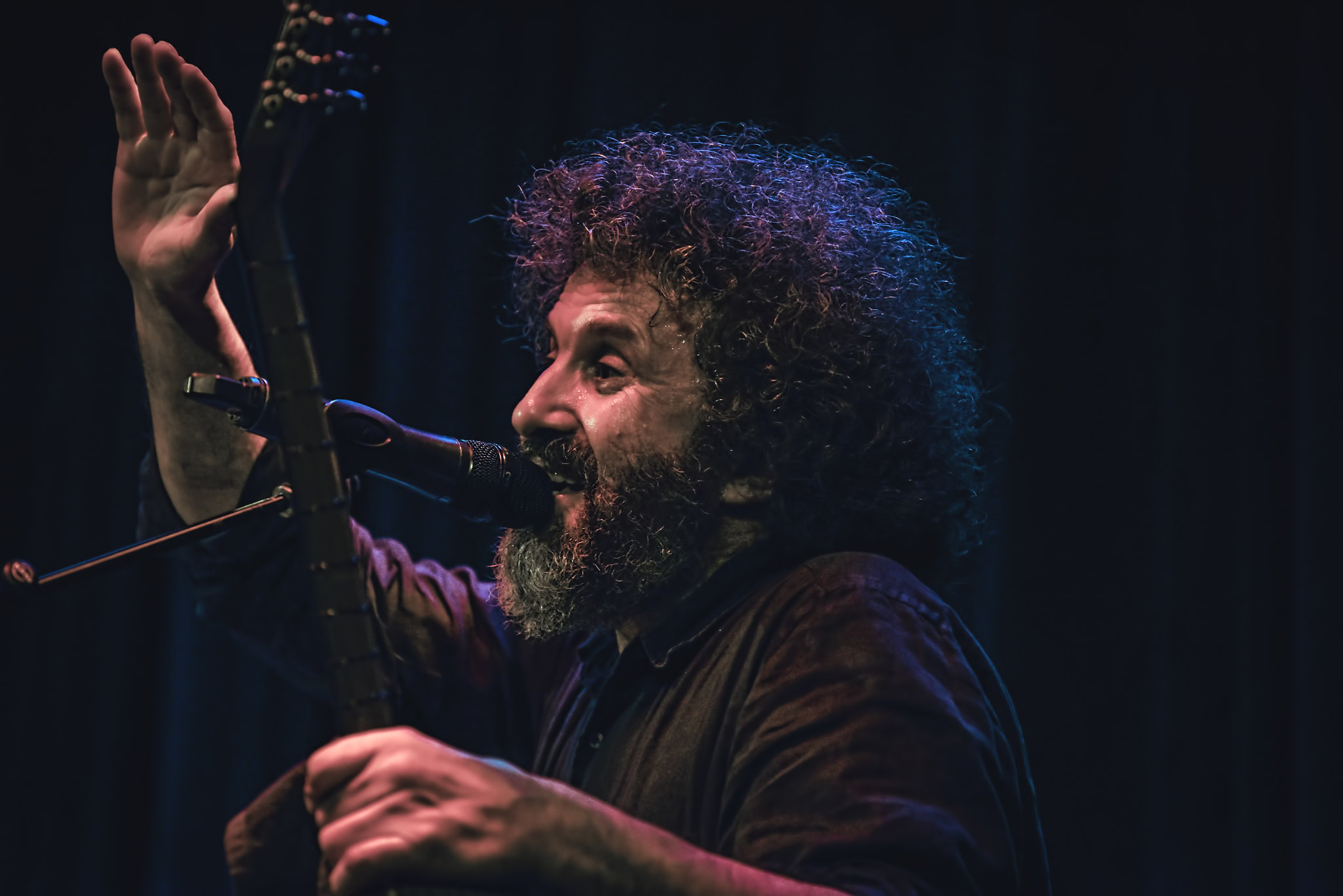 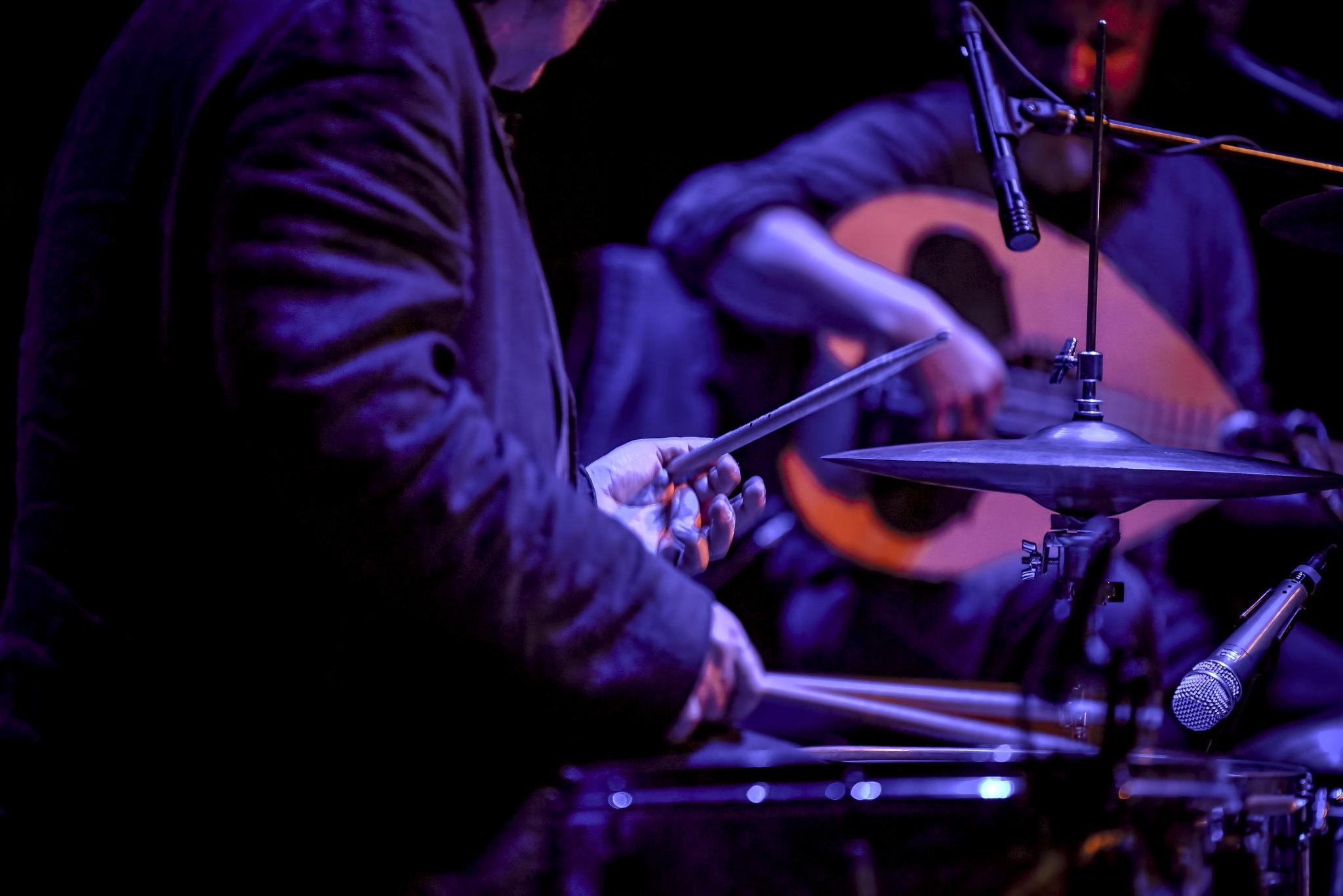 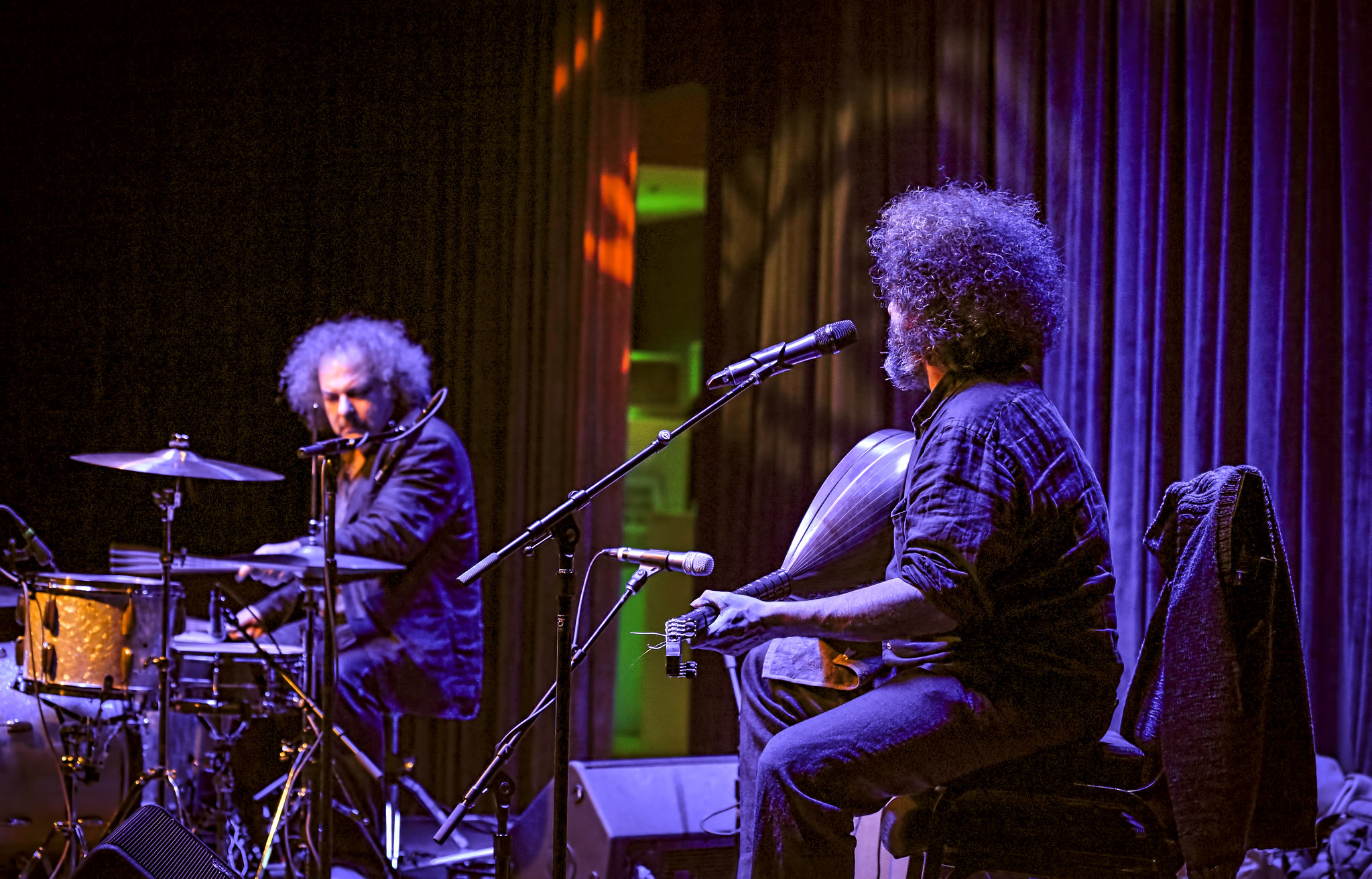 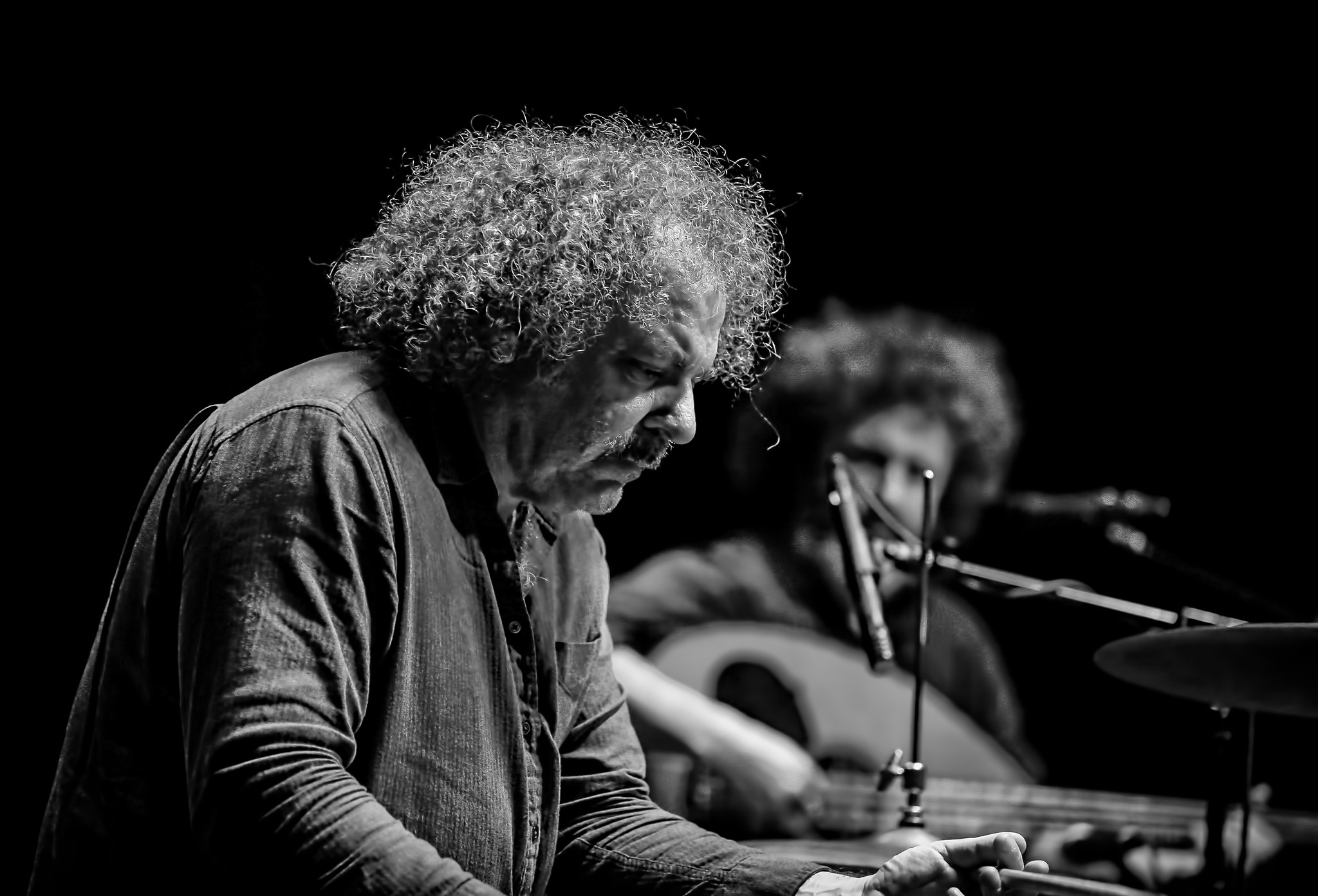 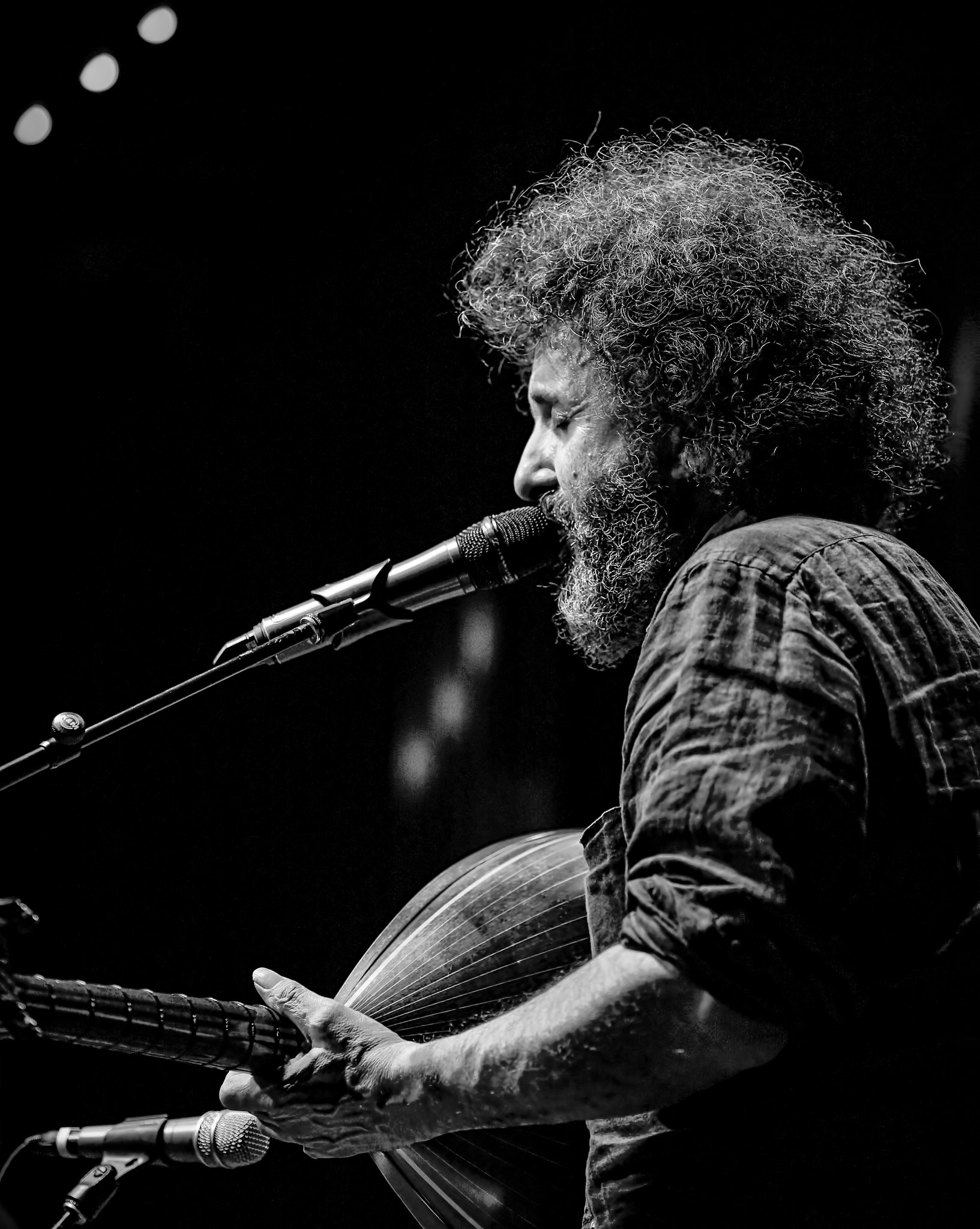 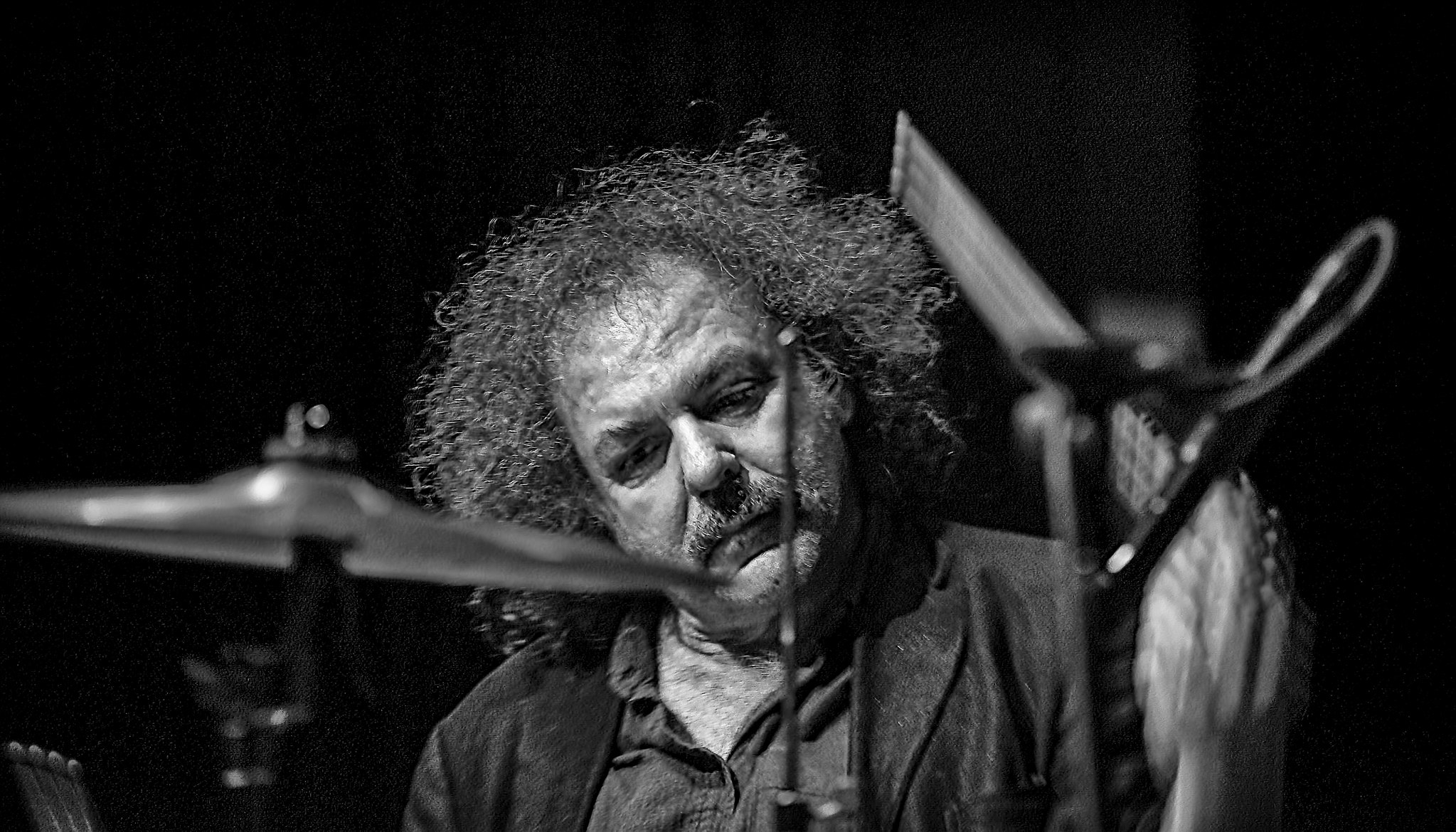 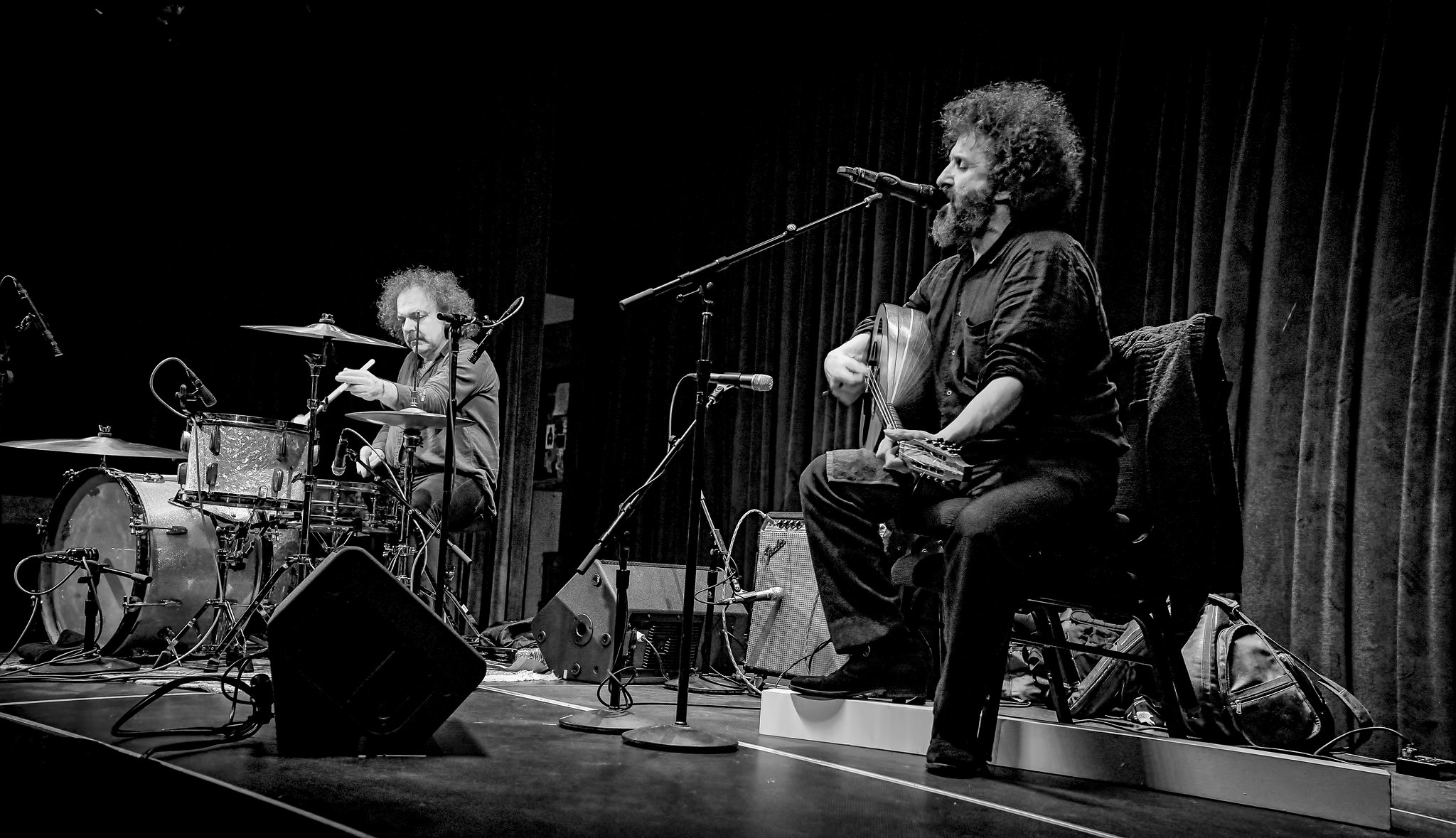