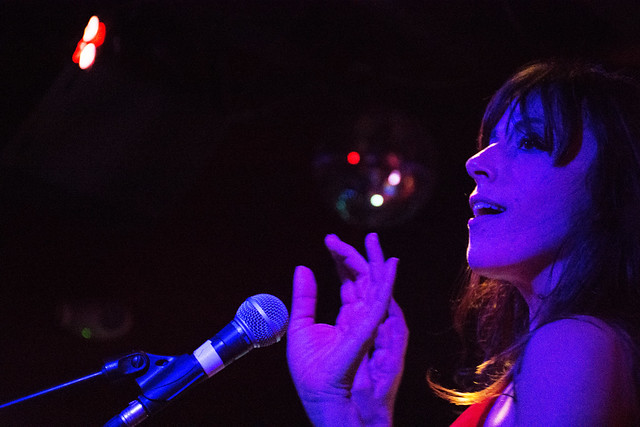 How she’s able to jump and dance in those high heels is anyone’s guess, but then again, how can anyone resist jumping, dancing, or even just tapping one’s toes to Kristie Di Lascio of Loi Loi’s energetic, tuneful synthpop beats.

With Pedram Rahmatabadi’s growling guitar and Tyler Cole’s rumbling bass backing frontwoman Kristie’s synths and drum machine, Loi Loi revved up a packed DC9 crowd on Wednesday, opening Jenny and the Mexicats. DC-based Loi Loi brings an international flair to their music, singing in both Spanish and English and giving one the feeling of having stumbled into a ’90s-era Miami danceclub.

On this night, proceedings may have started a bit unsteadily with some technical difficulties as the band took the stage (a quick cable change remedied that situation) — but that was quickly forgotten as Kristie and company launched into “1985,” with the aforementioned jumping starting soon after. “Chica Retorcida” (Twisted Girl) quickly established Loi Loi’s international bonafides. The set continued with “Responsabilidades,” its heavy bass, insistent beat and Cindy Wilson-like vocals giving the song a Spanish B-52s feel. “You May Be” from the 2017 EP, “Viva la Vulva” quickly followed before eventually segueing into a cover of Depeche Mode’s “Enjoy the Silence.”

Here is Loi Loi’s set list from the Feb. 28 show at DC9:
1985
Chica Retorcida
Sliver Light
Responsabilidades
You May Be
Kaligula
Egipto – Enjoy the Silence
Only Girl
Don’t Know (dropped)

The set ended with the rousing “Only Girl” with its great hook repeating the line, “If I ever took my chances, you’d be calling me.” Indeed, Loi Loi is taking its chances in the crowded DC music scene, but we’ll definitely be calling next time they perform. In the meantime, please visit Loi Loi’s Bandcamp page to stream or purchase Viva la Vulva: https://loiloi.bandcamp.com.

Catch Loi Loi in their next scheduled performance at Sauf Haus for an open mic night on Tuesday, March 6. No cover! Here are pictures of Loi Loi performing at DC9 on Feb. 28, 2018. All photos copyright and courtesy of Mark Caicedo. 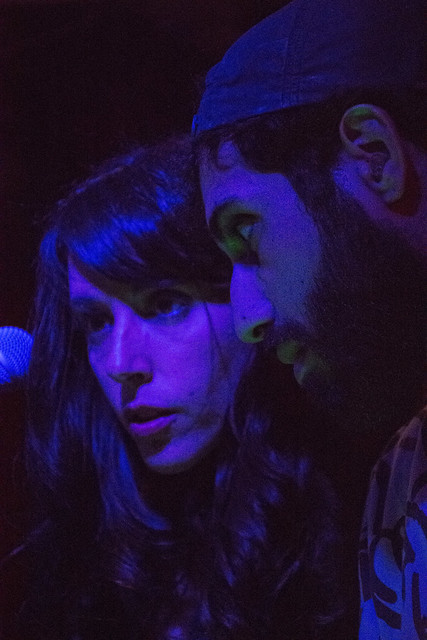 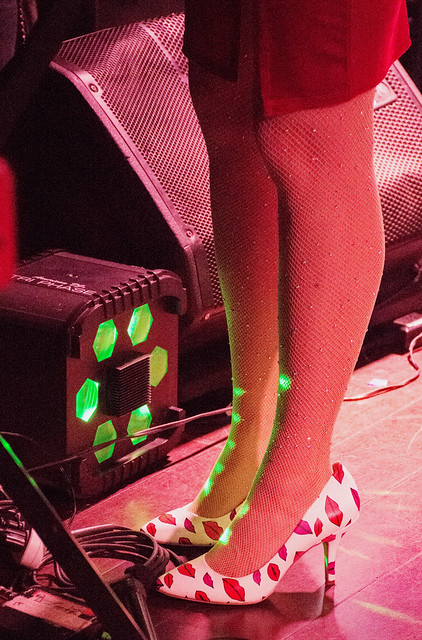 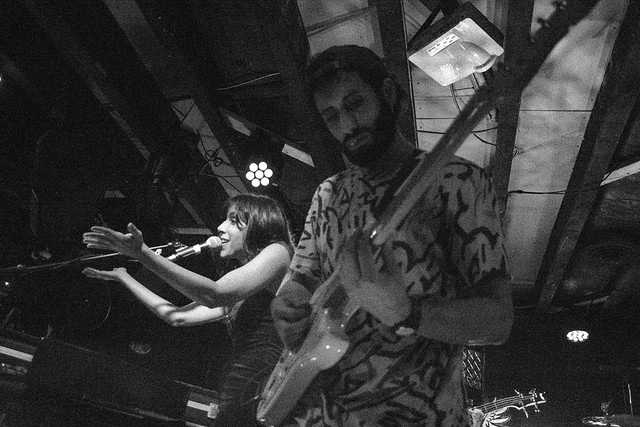 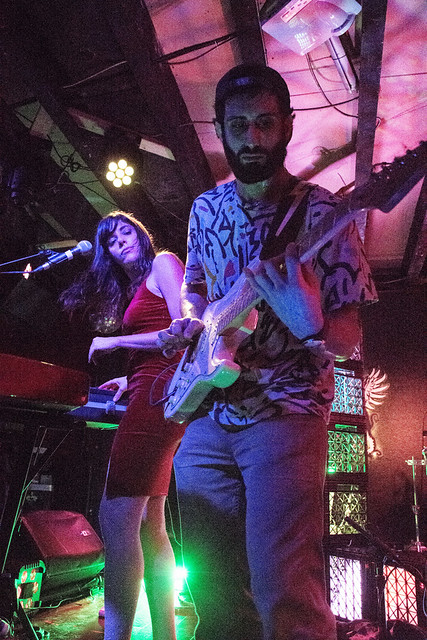 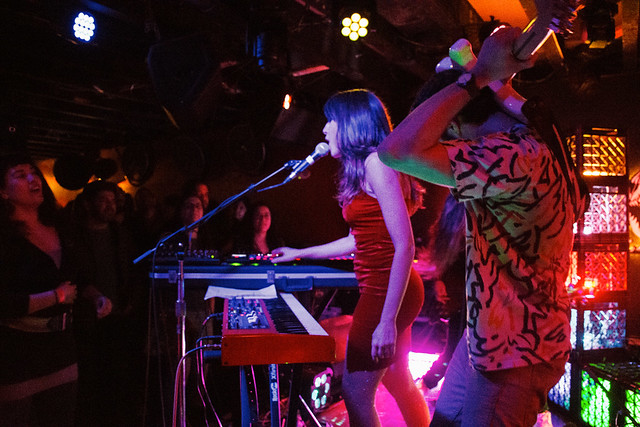 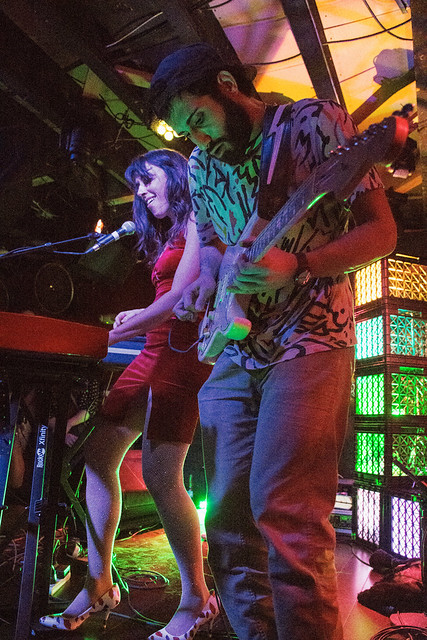 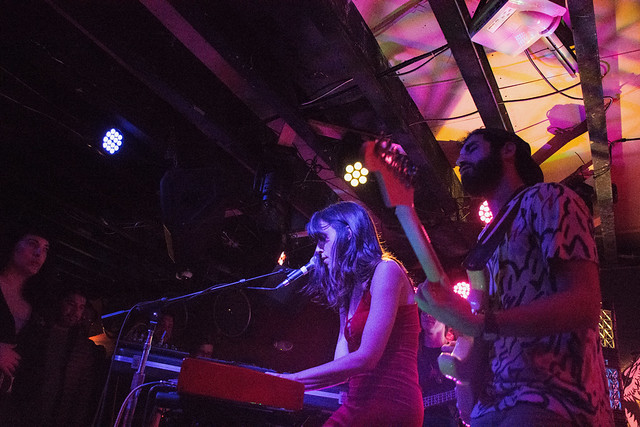 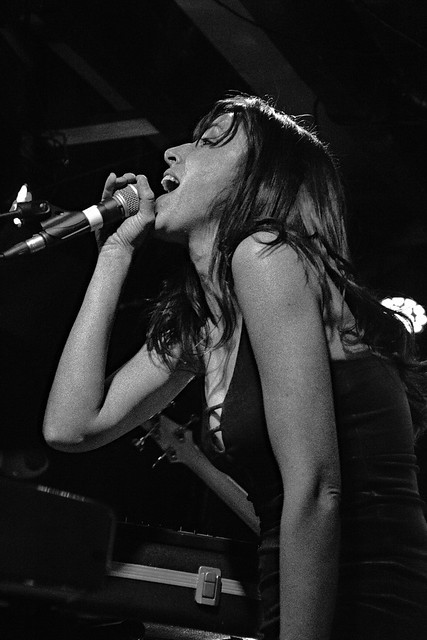 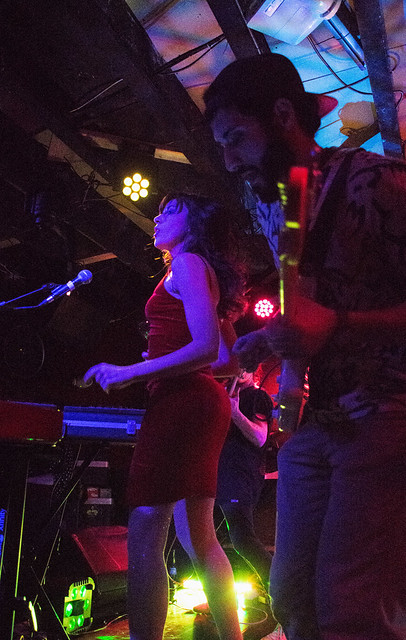