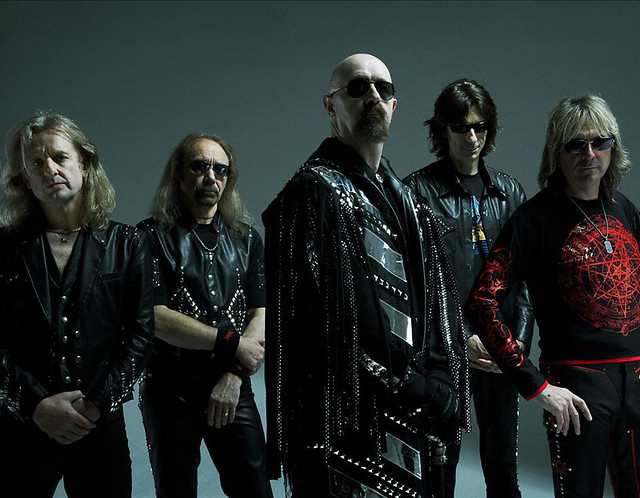 On Friday, heavy metal rockers Judas Priest will release Firepower, the band’s 18th studio album, via Epic Records. Then the Brit headbangers will bring their epic Firepower 2018 Tour to The Anthem on Sunday, March 18.

Since forming in Birmingham, England, in 1969, Judas Priest have issued some of the most influential heavy metals ever — albums like 1980’s British Steel, 1982’s Screaming for Vengeance, and 1990’s Painkiller. And they made numerous famous appearances including Live Aid in 1985 and American Idol in 2011. In 2017, the band was nominated for induction into the Rock and Roll Hall of Fame.

Watch the official music video for “Lightning Strike” by Judas Priest on YouTube:

In a review for the Associated Press, Wayne Parry said the new album by Judas Priest “stands with any they’ve done before.”

“‘Firepower,’ the fast-paced title track from the British steel merchants’ latest album, is the best song Judas Priest has recorded in nearly three decades, kicking off a strong album that stands with any they’ve done before. Though not intended as a concept album, Firepower has a common thread running through much of it, songs from the viewpoint of soldiers or warriors in battle, whether it’s the unnamed foes in the title track, the devil in ‘Evil Never Dies,’ or mortal opponents in ‘No Surrender.’ The album ends with ‘Sea of Red,’ an ode to those who died in battle so that others might live,” Wayne said.