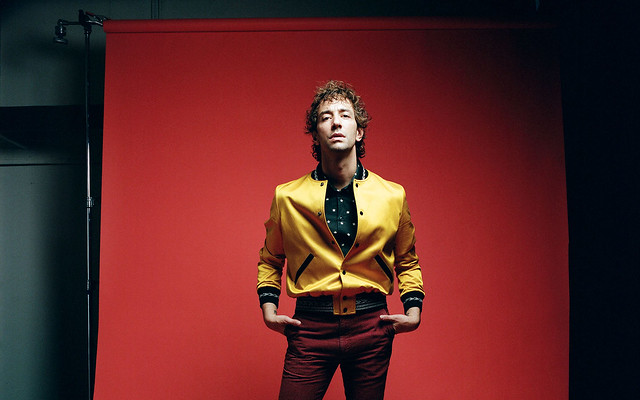 On Friday, Albert Hammond Jr. released his fourth solo album, Francis Trouble, via Red Bull Records. Albert kicks off a tour this week at SXSW and later performs in DC at U Street Music Hall on Tuesday, March 27.

Albert’s new album was inspired by his midlife reflections of coming into the world after a stillborn twin brother. Of course, Albert is the son of Albert Hammond Sr., the songwriter famous for such hits as “Nothing’s Gonna Stop Us Now” by Starship, “One Moment in Time” by Whitney Houston, “The Air That I Breathe” by The Hollies, “To All the Girls I’ve Loved Before” a Julio Iglesias/Willie Nelson duet, and others. Albert Jr.’s mom miscarried the twin but Albert Jr. was later born healthy.

Inspired by the concept that he shared something with his stillborn sibling, who was named Francis, Albert produced a musical identity, Francis Trouble, for which he named his new album.

Of Francis Trouble Albert said, “What the music says may be serious, but as a medium it should not be questioned, analyzed or taken too seriously. I think it should be tarted up, made into a character, a parody of itself. The music is the mask the message wears and I, the performer, am the message.”

Inspired a bit by David Bowie and his experiments with identity, Albert therefore has created a musical persona to explore new ground with Francis Trouble. In doing so, he also distinguishes himself considerably from music created with his famous bandmates in The Strokes.