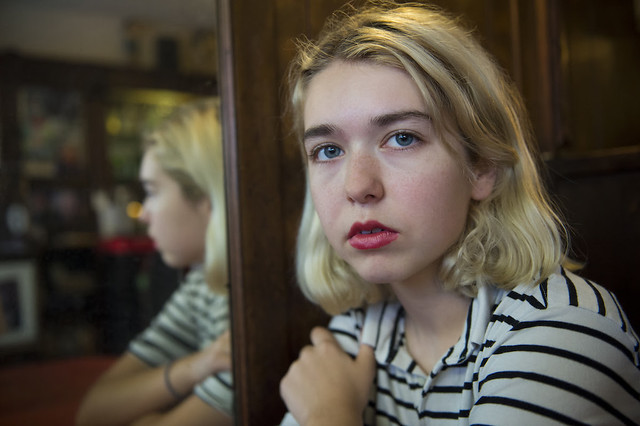 Brooklyn’s Lindsey Jordan is better known as Snail Mail, and she originally hails from Baltimore. She returns home to perform at Ottobar on Wednesday, March 21, in the buildup to the release of the debut full-length album.

In 2015, Lindsey released a self-recorded solo solo EP, Sticki, and began touring as Snail Mail. In 2016, she released Habit, an official EP, via Sister Polygon Records. In 2018, Snail Mail toured as headliners for the first time with a band consisting of Lindsey on guitar, Alex Bass on bass, and Ray Brown on drums. Now signed to Matador Records, Snail Mail plan to release a full-length debut album this year.

Watch the official music video for “Thinning” from Habits by Snail Mail on YouTube:

“Jordan has a voice that only comes along every now and then… she is able to fit a universe of emotion into a single turn of phrase without any vocal affectation… whether she’s muttering or shouting, you feel the heartbreak, the frustration, the joy that came with writing these lyrics,” said Stereogum in praise of Habit.

Snail Mail’s current tour begins in earnest tomorrow, March 13, with shows at SXSW in Austin Texas. Find her local next week in her hometown.