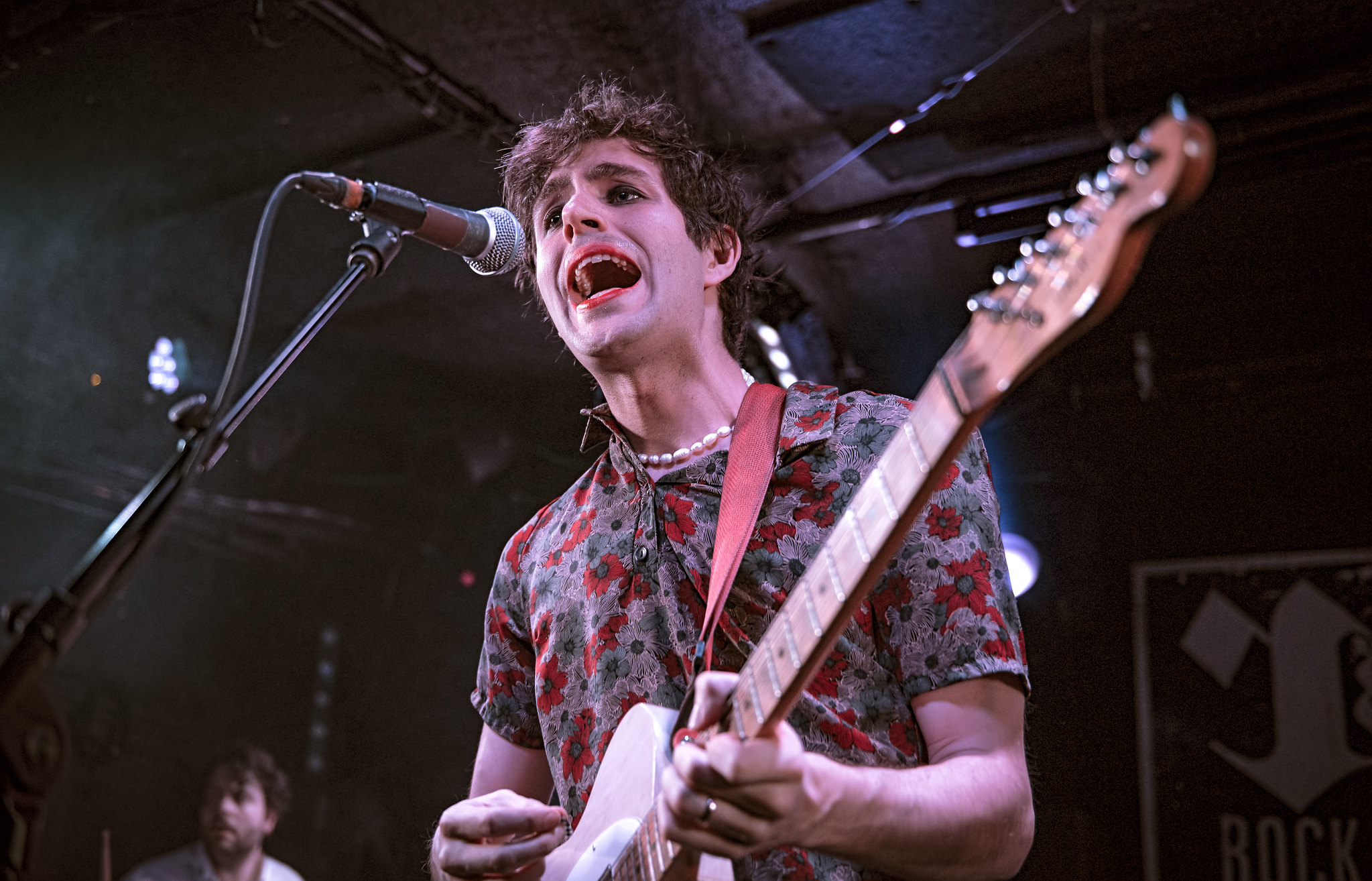 As a personal confession, I’ve been trying to catch Ezra’s live show for a while, but the planets never seemed to align, so to speak. At the Rock and Roll Hotel, I was finally able to see what friends have been telling me all along — that an Ezra Furman show is an experience that must be seen!

Ezra and company took the stage to the opening notes of “I Wanna Destroy Myself” from the LP Day of the Dog, a raucous number that set the tone for the rest of the evening. Although there was a lot happening on stage — Ezra’s band, The Visions, includes Sam Durkes (drums), Jorgen Jorgensen (bass/cello), Ben Joseph (keybords/guitar), and Tim Sandusky (saxaphone/xylophone), yet there was plenty of room for Ezra’s frenetic performance. Although a good chunk of the setlist was devoted to Furman’s seventh LP, Transangelic Exodus, it included healthy doses of Perpetual Motion People and Day of the Dog too.

Highlights included the album leader, “Suck The Blood from My Wound,” a brilliant cover of Kate Bush’s “Hounds of Love,” and “Ordinary Life,” which had the audience singing along.

It was a high-energy, intense performance that literally left the crowd wanting more. So much so that Ezra, after catching a breath, mentioned that the band were returning for “a legitimate, old school — not planned — encore.” It was so good the audience refused to leave. Ezra and The Visions then played “Teddy I’m Ready” from the EP Big Fugitive Life before Ezra warned, “last chance now, ” and ended the evening with “Tell ‘Em All to Go to Hell.” 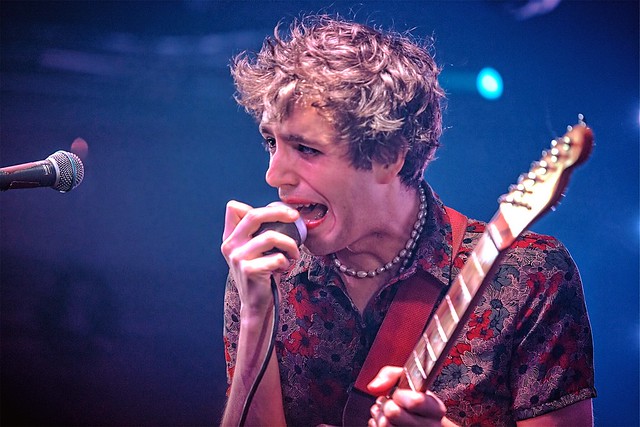 I Wanna Destroy Myself
Maraschino-Red Dress $8.99 at Goodwill
Haunted Head
No Place
Peel My Orange Every Morning
Compulsive Liar
Driving to LA
Hounds of Love (Kate Bush)
Walk On In Darkness
I Lost My Innocence
And Maybe God Is a Train
Ordinary Life
Psalm 151
The Great Unknown
My Zero
Love You So Bad
Suck the Blood from My Wound
Tip of Match
Restless Year

Here are some photos of Ezra Furman at the Rock and Roll Hotel on March 10, 2018. All photos copyright and courtesy of David LaMason. 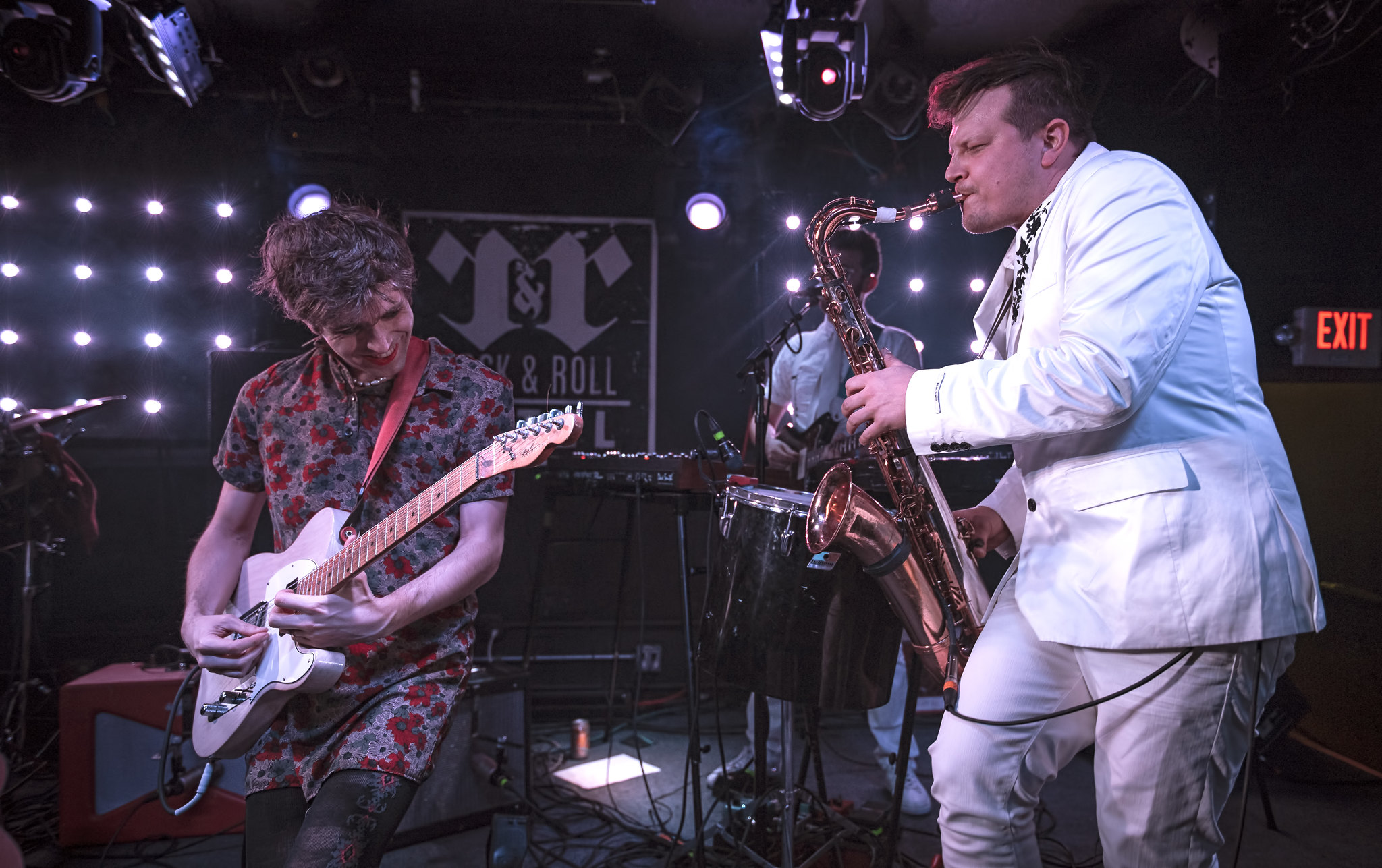 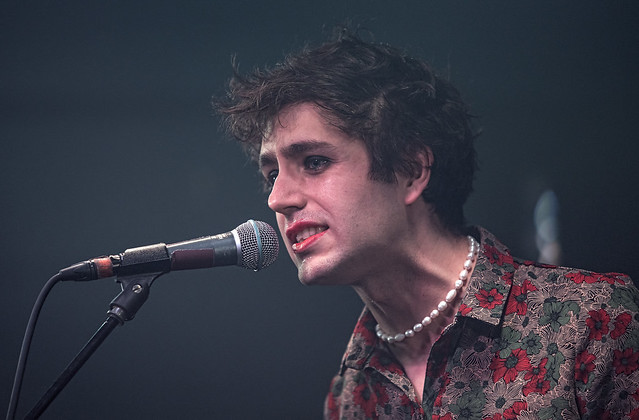 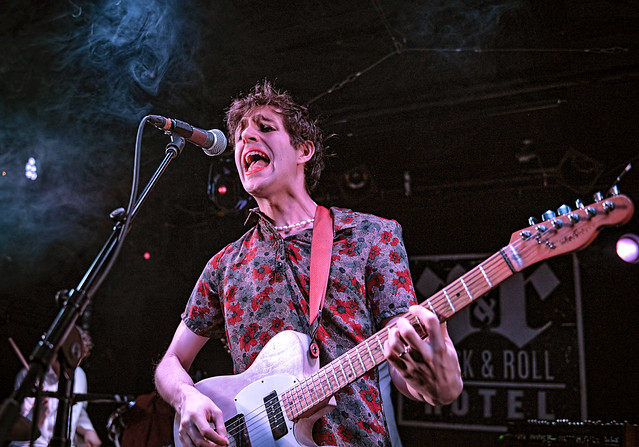 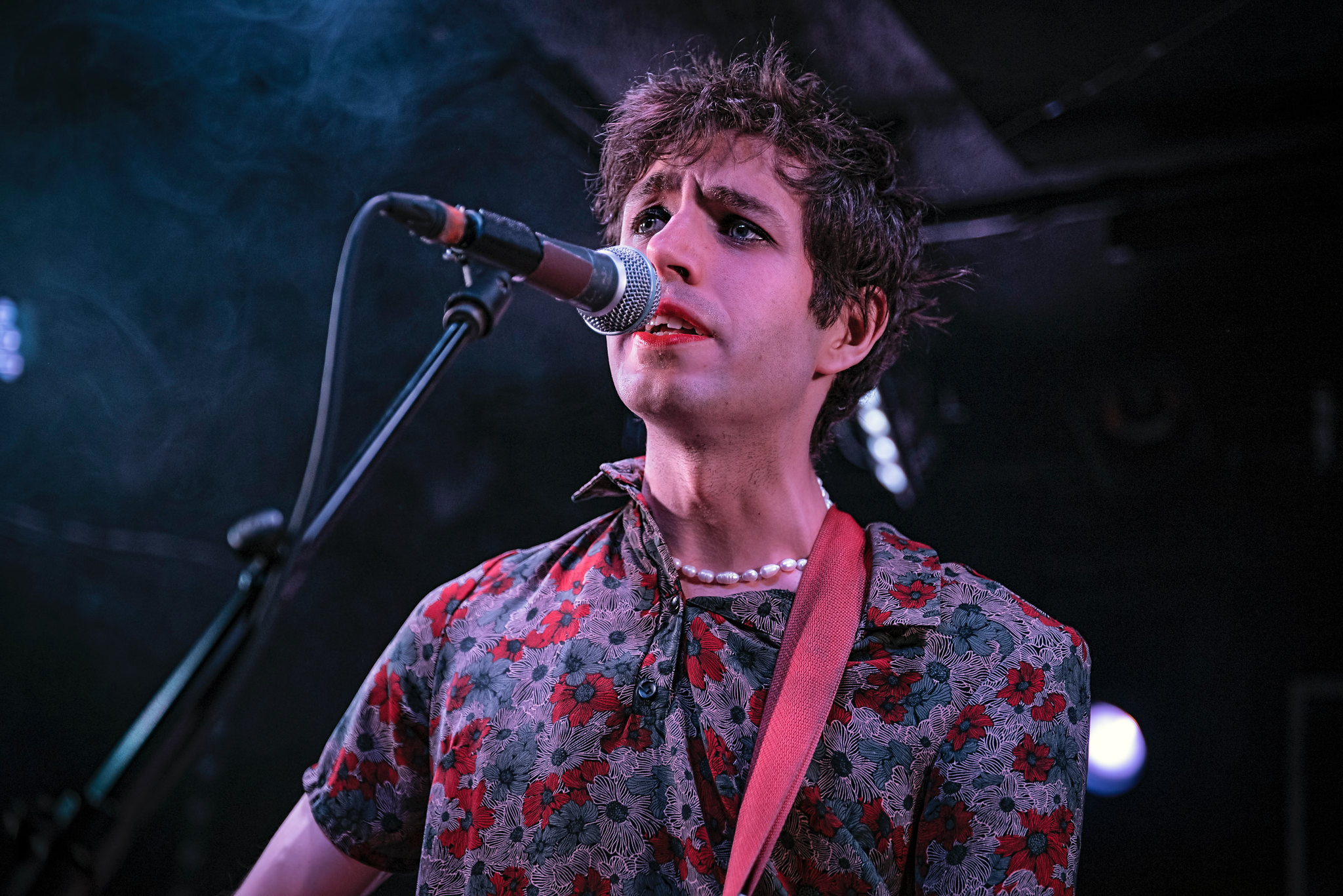 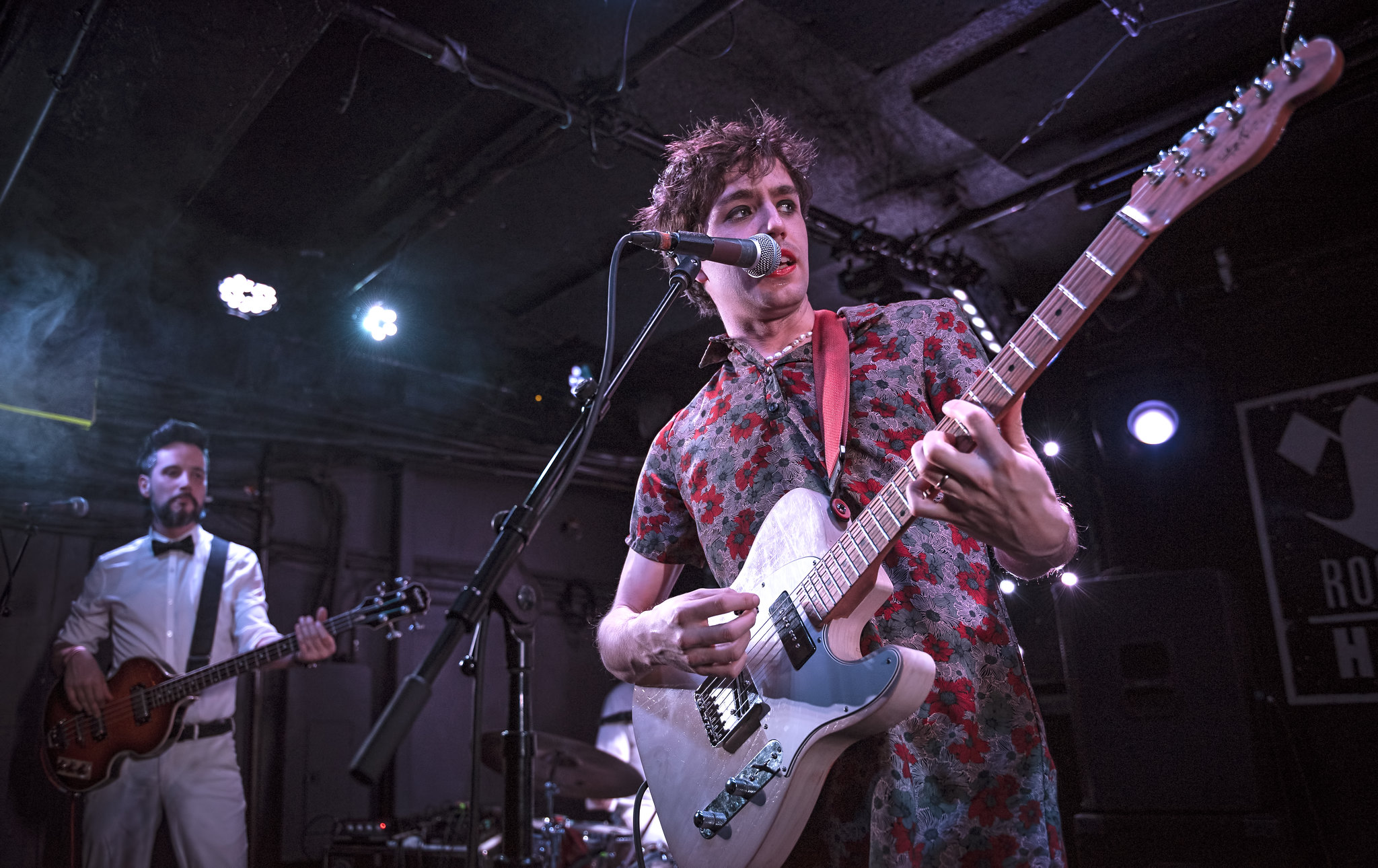 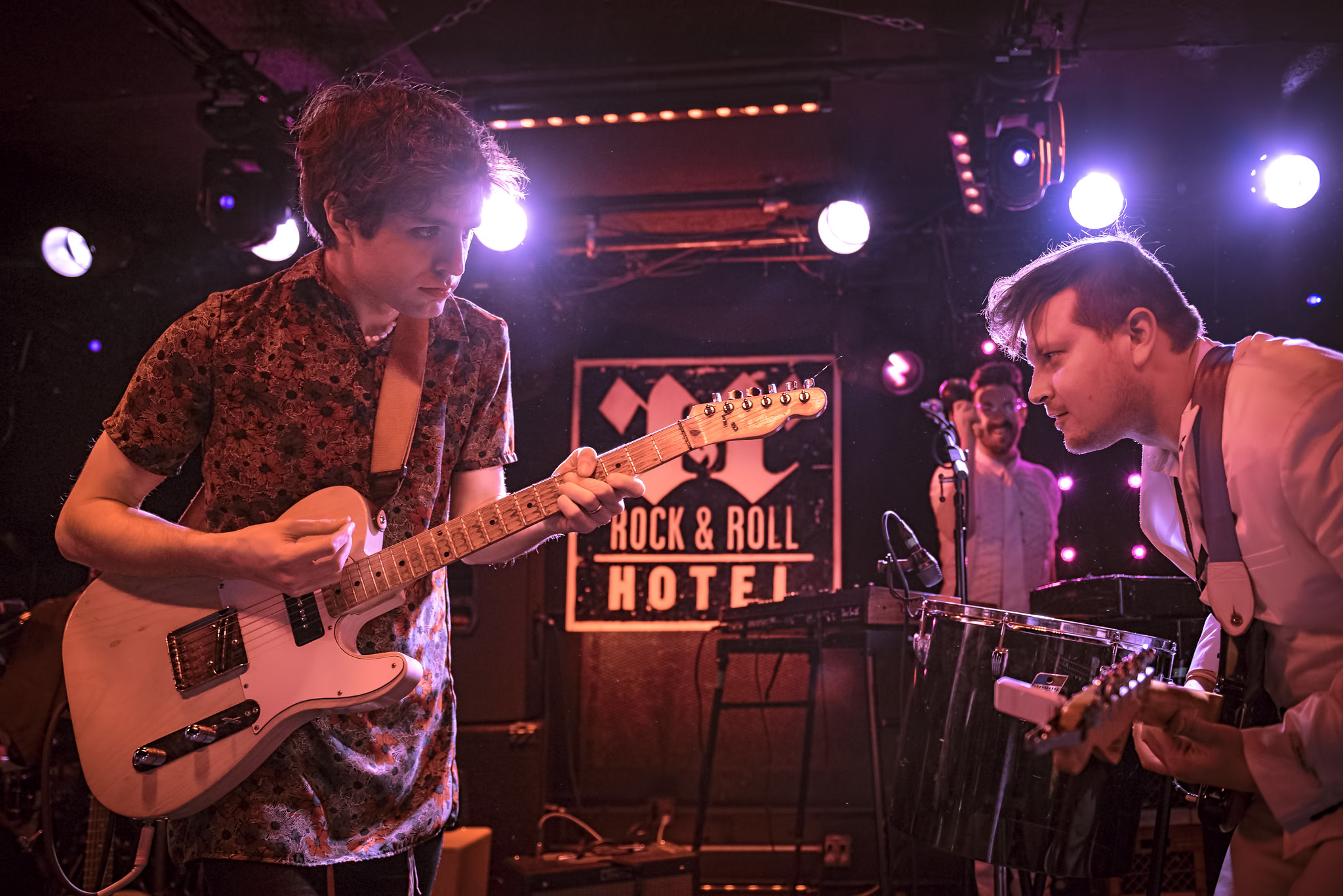 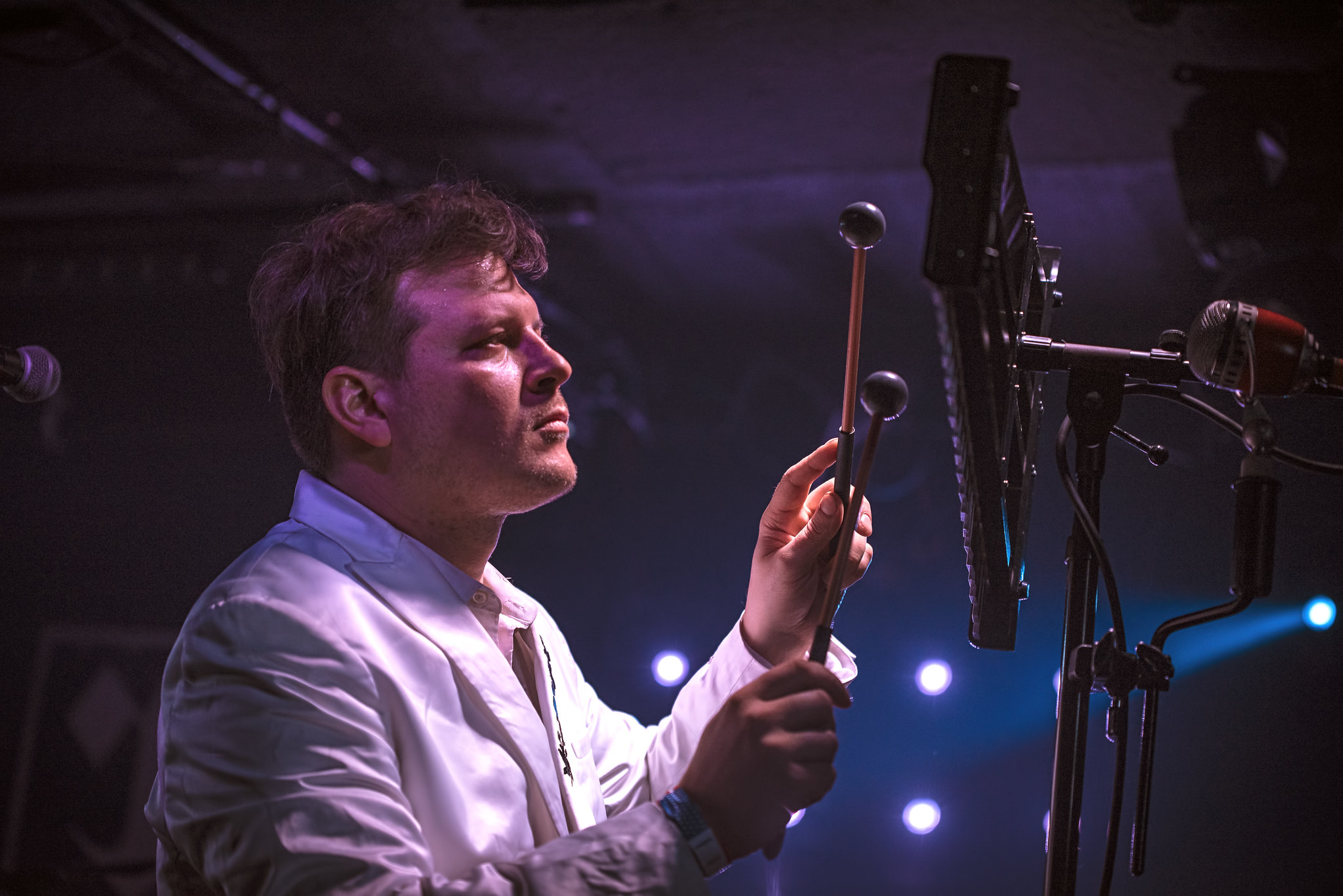 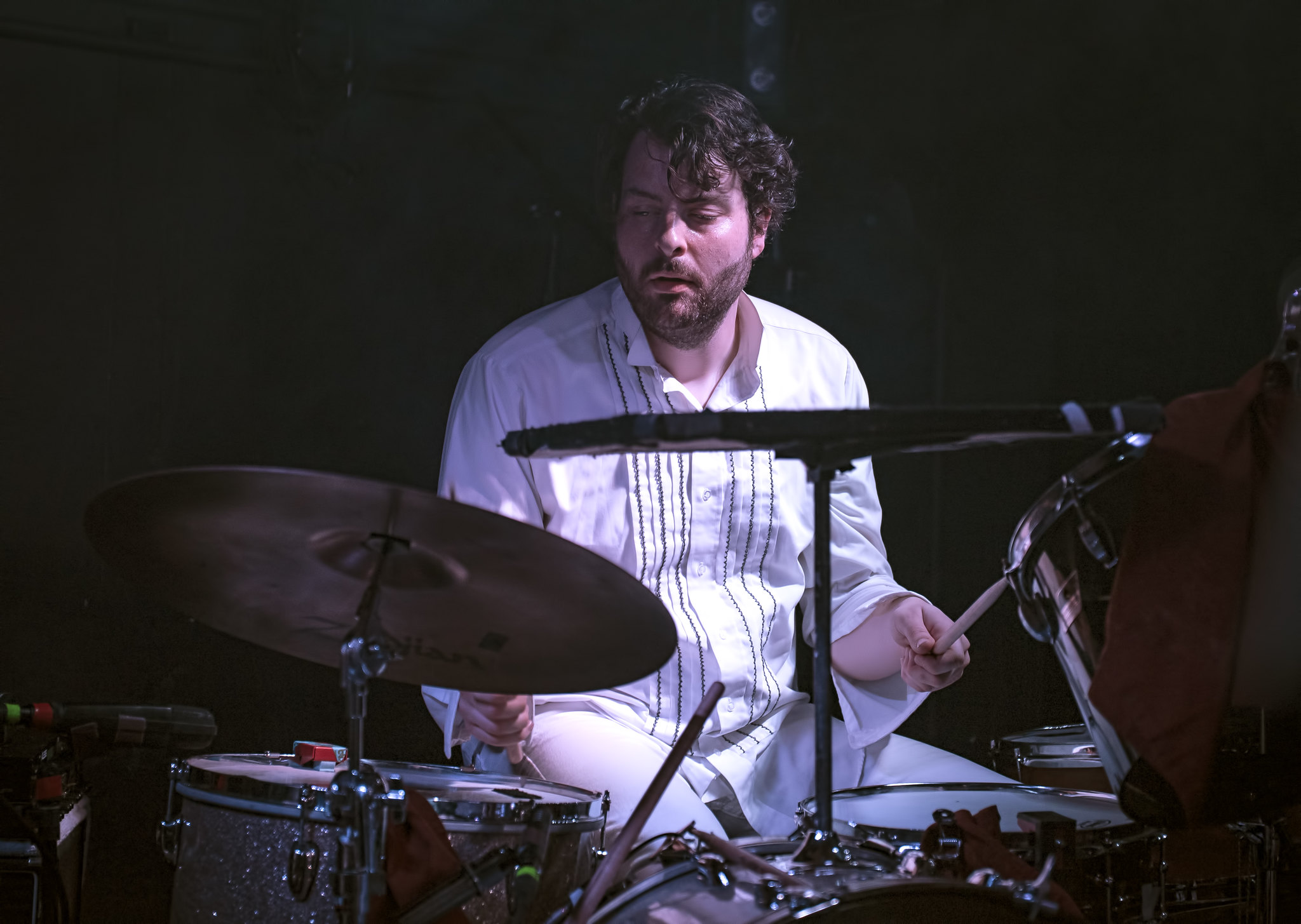 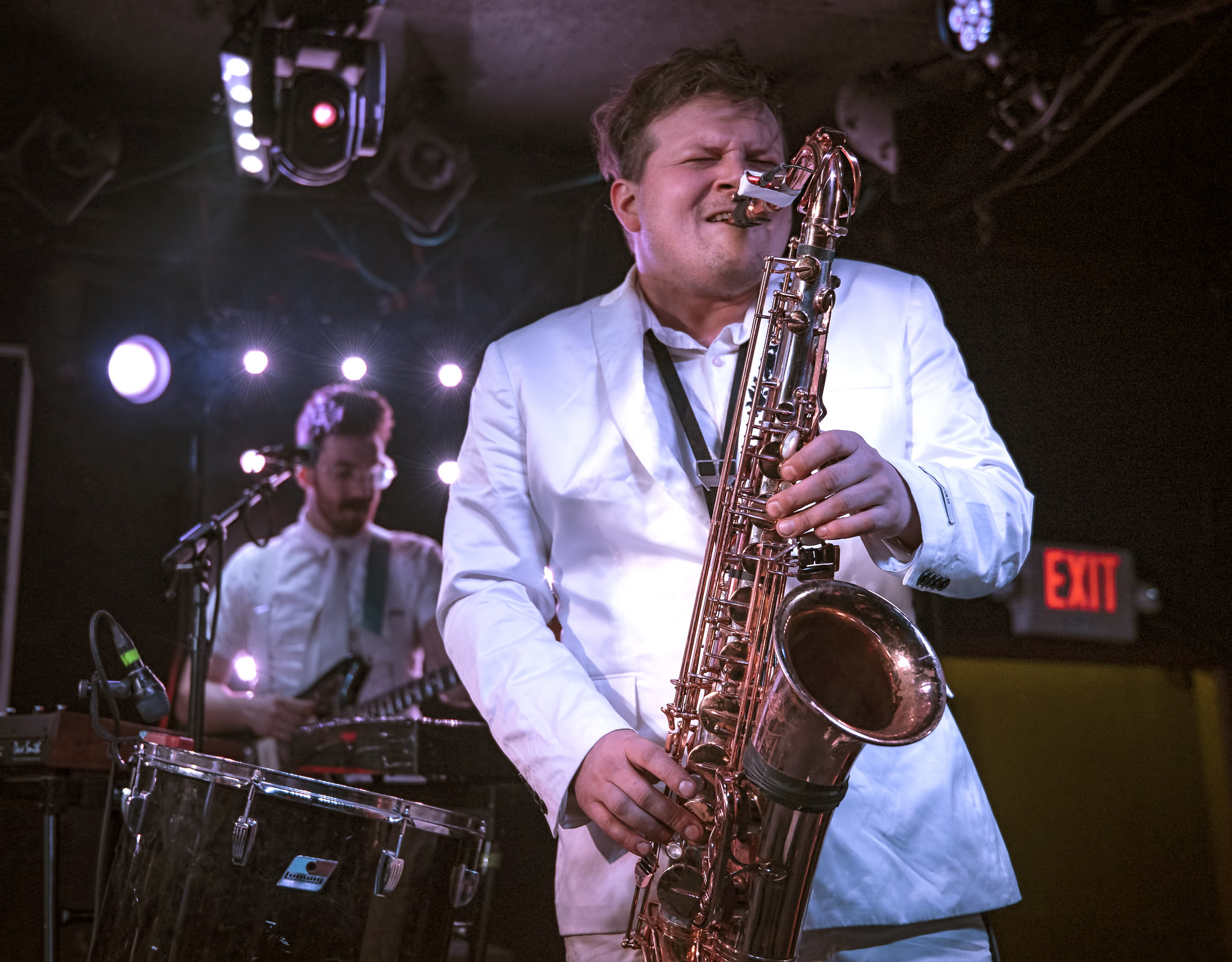 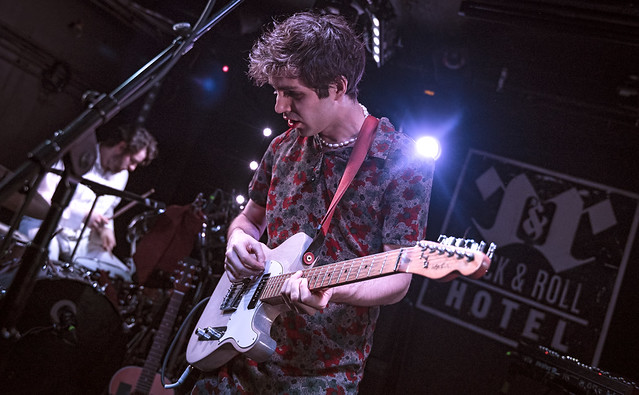 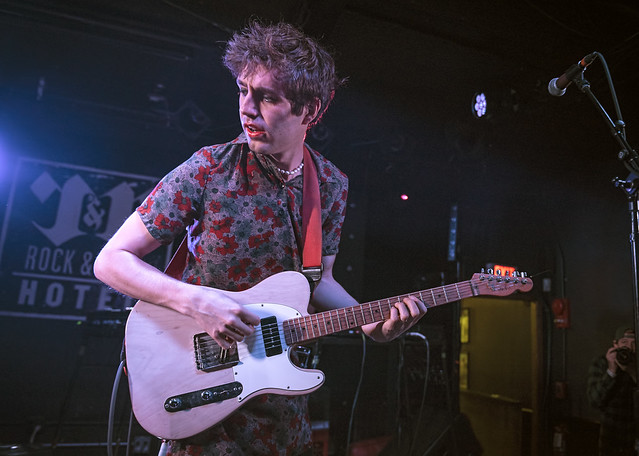 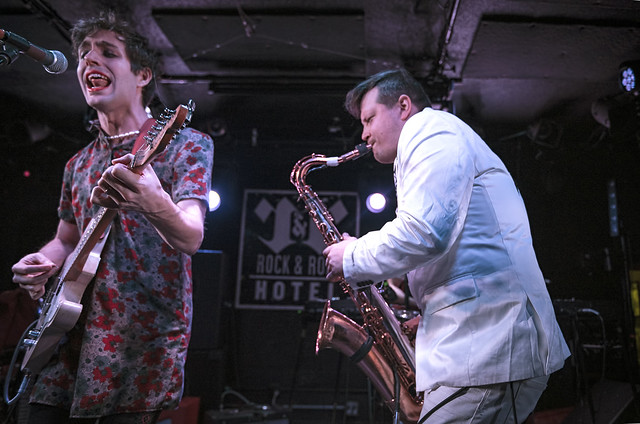 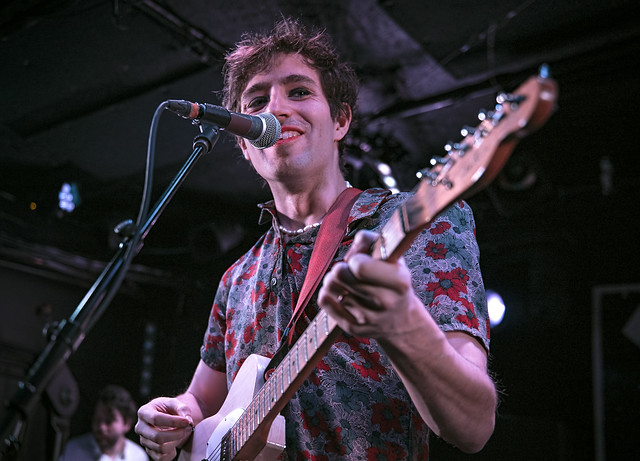 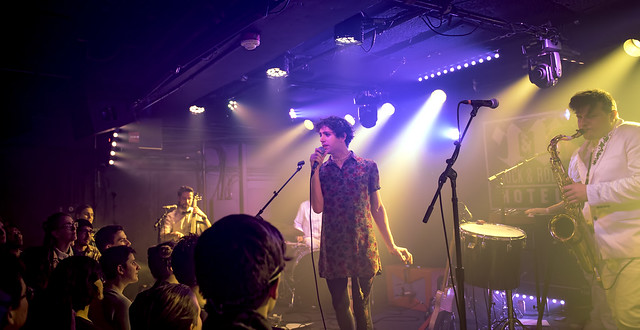 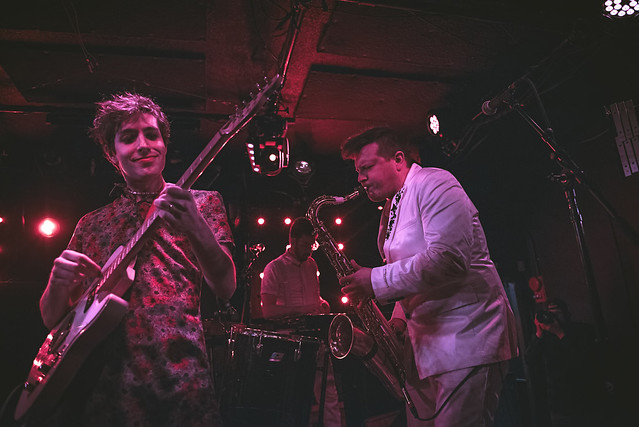 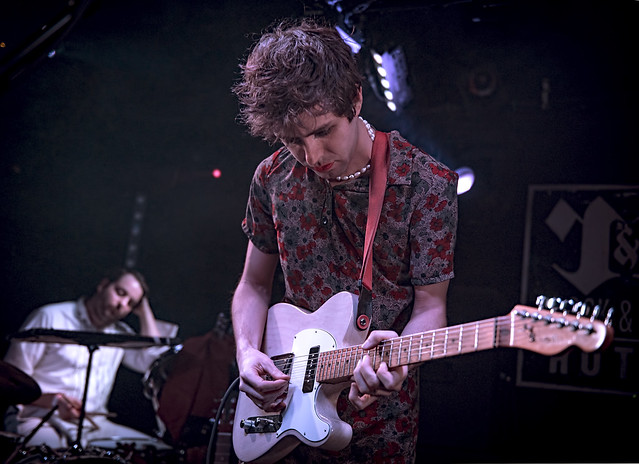 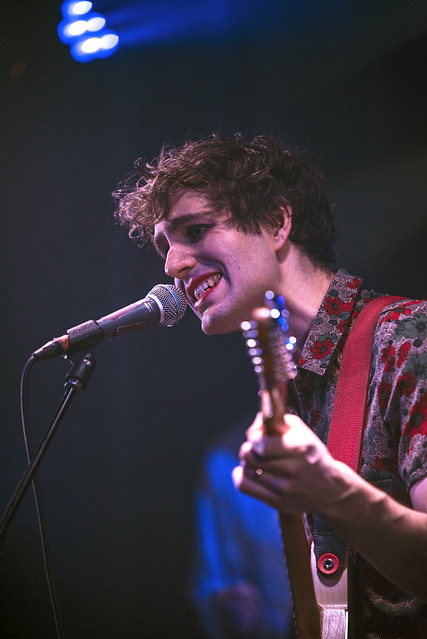 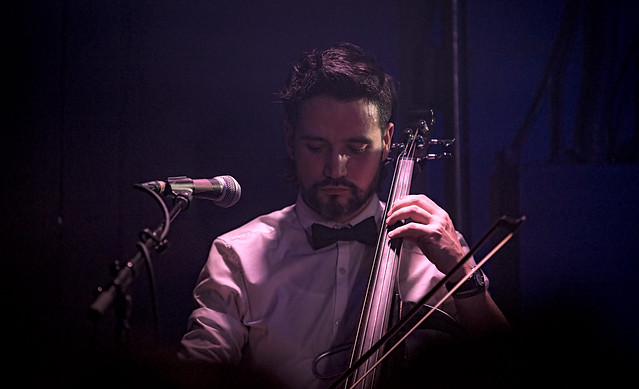 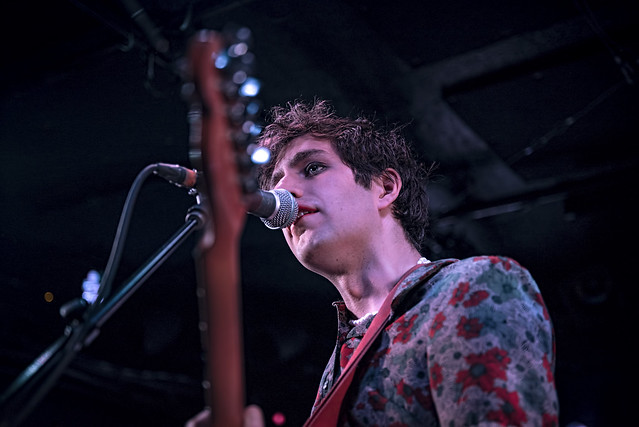 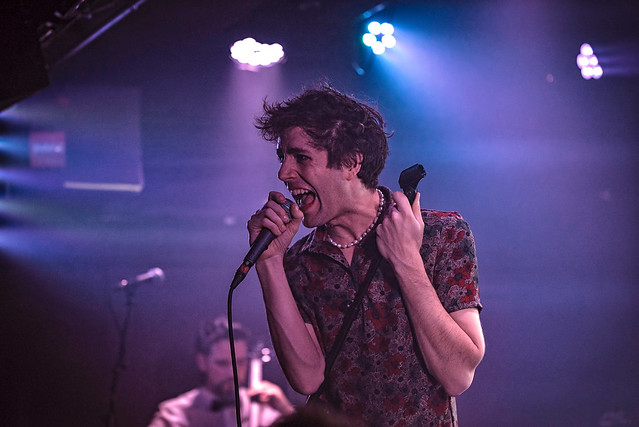 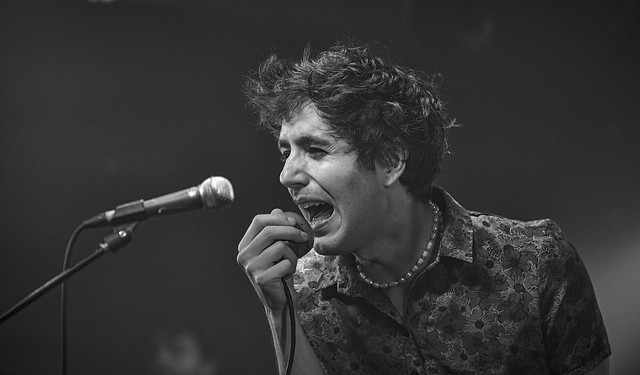