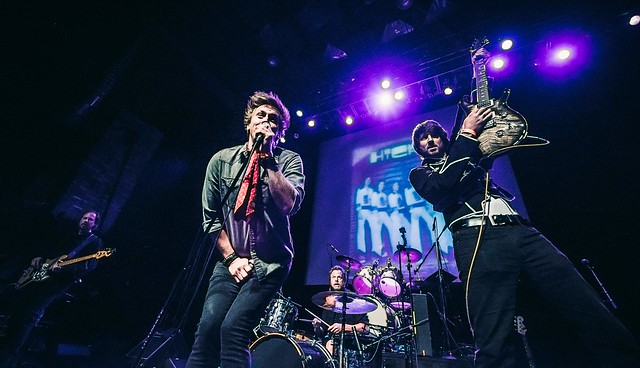 Listen to Does Fecal Matter?, including such tunes as “Oh Shit,” “Beer Goggles,” and “Skin Flute,” by Dingleberry Dynasty on Bandcamp:

Lest you think Dingleberry Dynasty are one-trick ponies, consider that they also have contributed to movie soundtracks! Well, *a* movie soundtrack — Poultrygeist: Night of the Chicken Dead from Troma Entertainment. It carried their song, “Milk Milk Lemonade.” Come to think of it, that song likely first appeared on the Dingleberry Dynasty second album, Doodie Calls. At least, they claim it’s number two.