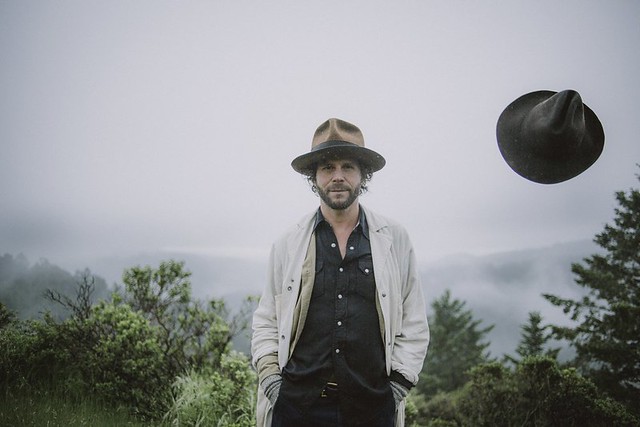 It seems Langhorne Slim is always on tour, but maybe that’s because he always has something to say! The singer-songwriter recently released Lost at Last Vol. 1, his sixth and latest album, via Dualtone Records. Now, he’s performing at The Birchmere in Alexandria, Virginia, on Wednesday, March 28.

“A through-line of warm, cozy production…imbues the album [Lost At Last Vol. 1] with a pleasant nostalgia, the kind we’ve come to expect from Slim and his reworking of dug-in American genres like folk, country, and blues,” said Paste magazine of Langhorne’s album.

Born Sean Scolnick, Langhorne Slim, now living in Nashville, originally hails from a small town called Langhorne, Pennsylvania. He released his first album, Electric Love Letter, in 2004. With his new album, Langhorne challenges the idea that people must live a certain way and that way is the “right” way because social norms demand it.

“Everyone’s searchin’ for something better around every corner, but it’s already right here,” Langhorne said. “We’re all born whole — through livin’ we fall apart…”

Watch the official music video for recent single “Life Is Confusing” by Langhorne Slim on YouTube:

“[‘Life Is Confusing’] gently weaves together swirling strings beneath Slim’s vocals, which add comforting compassion to what, in lesser hands, could sound like a flippant statement: ‘Life is confusing and people are insane,’” said American Songwriter.

“We look to our phones, drugs, sex whatever to find ourselves when it’s already right here,” Langhorne said.